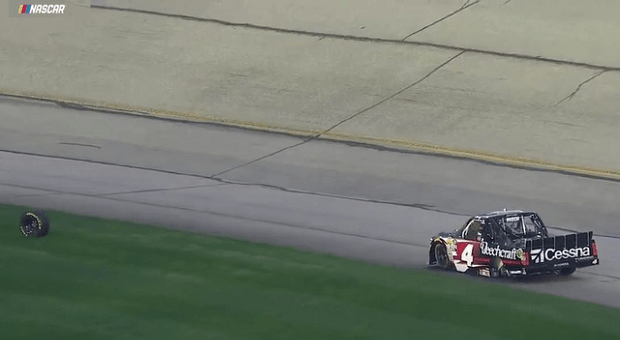 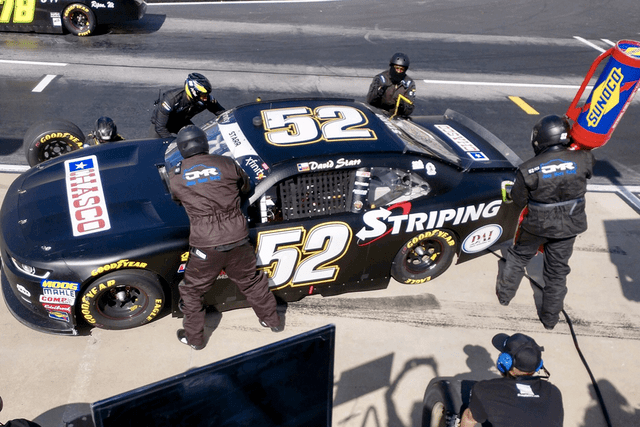 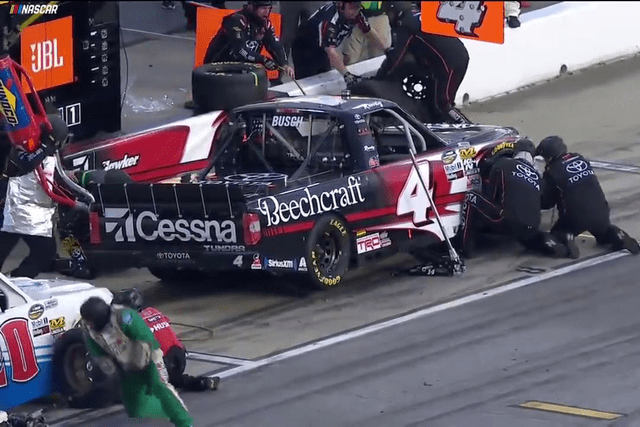 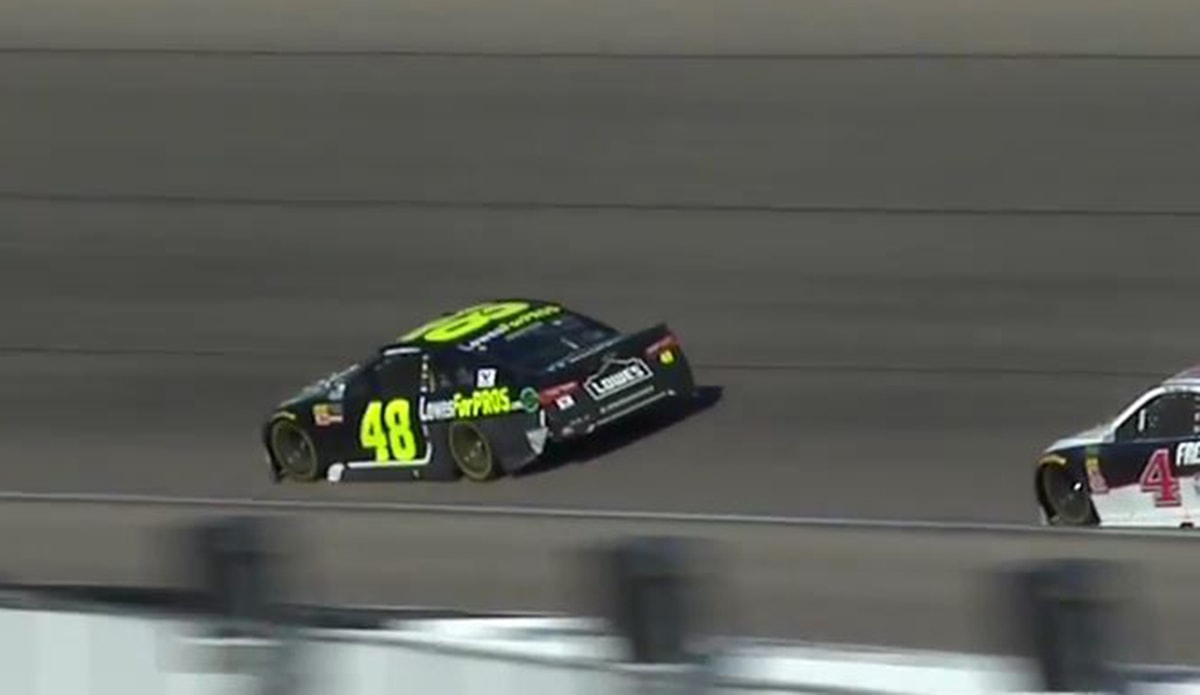 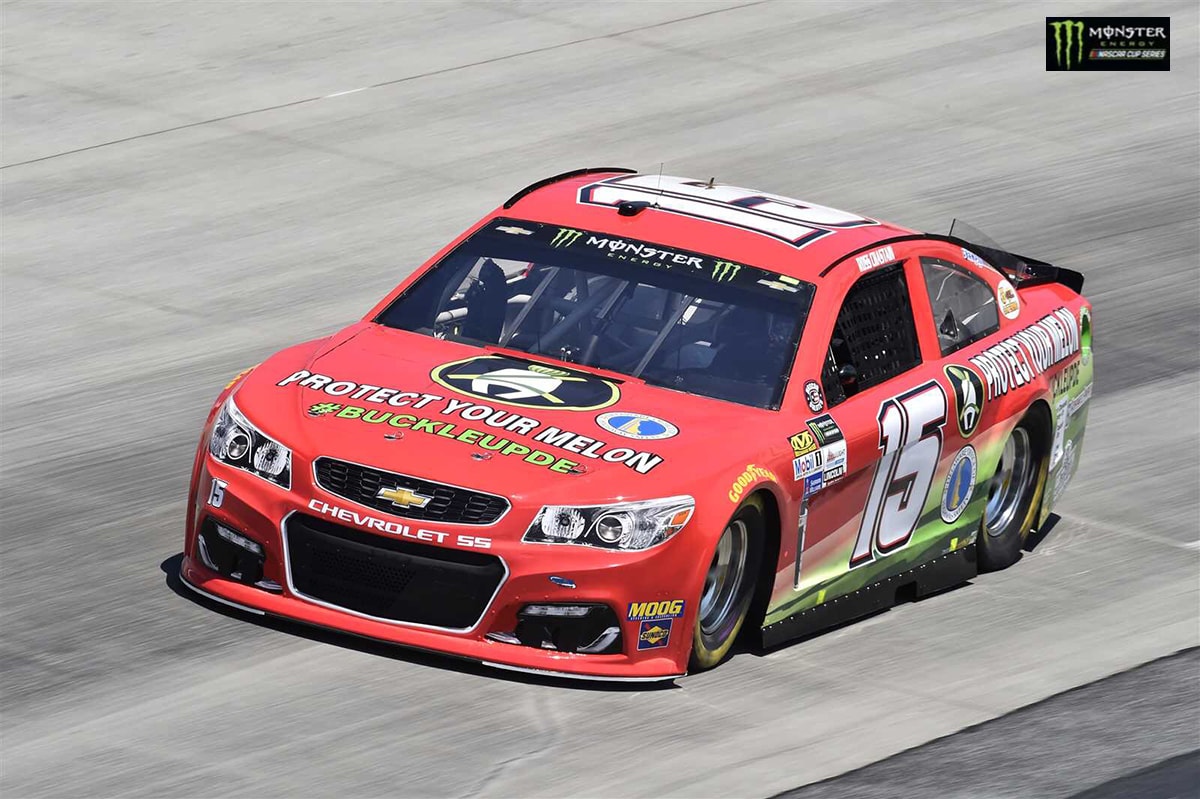 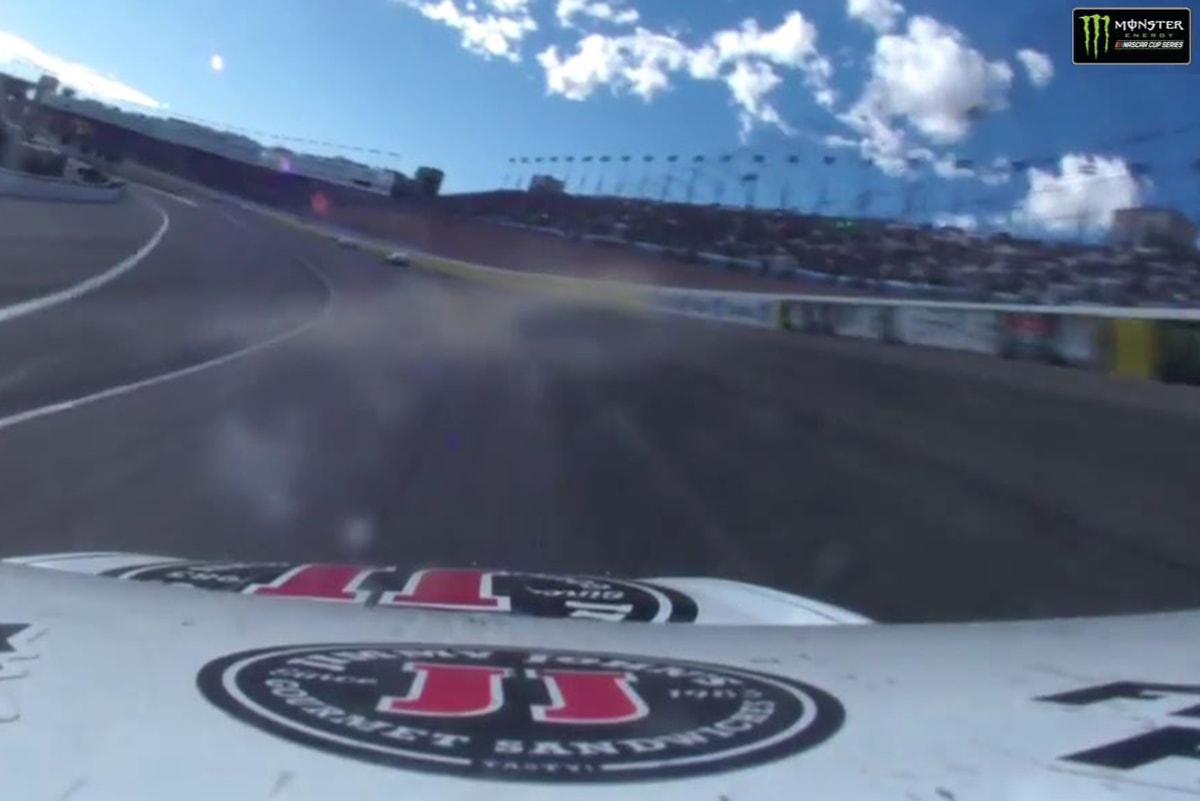 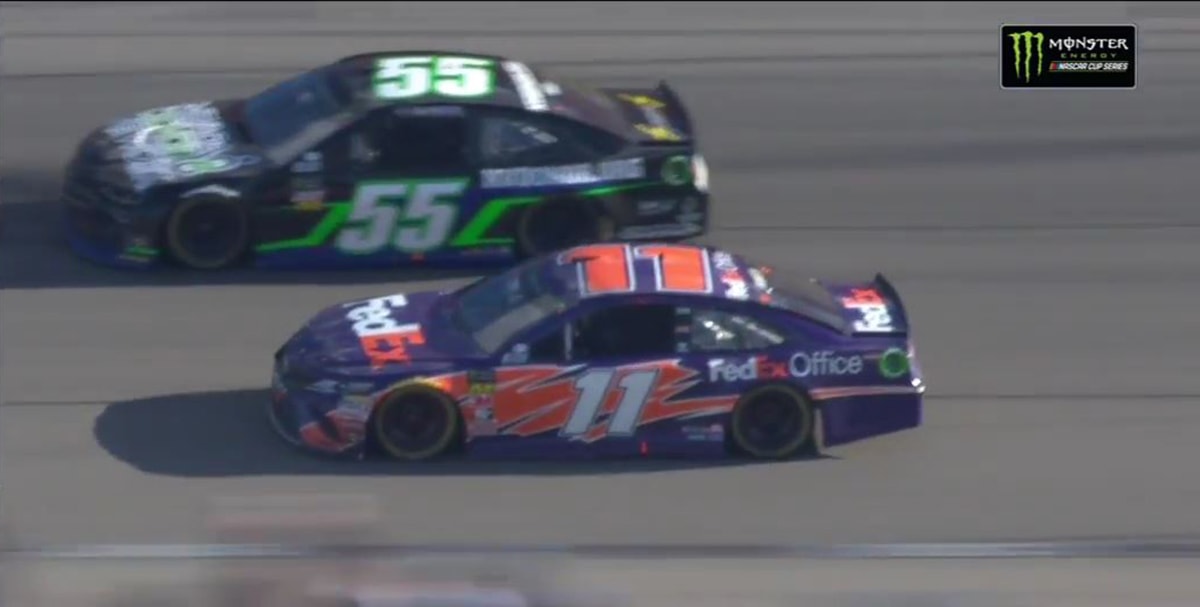 Penalties are becoming more and more a part of the game in NASCAR these days. Every week, at least one team receives some sort of penalty. The Atlanta weekend was no exception to this new rule. Four teams were penalized after the Atlanta race, with the penalties announced Thursday.
The XFINITY Series number 42 Chevrolet of Chip Gannasi Racing, driven by John Hunter Nemecheck, and the number 52 Means Motorsports Chevrolet, driven by David Starr, were also found to have loose lug nuts during the post-race inspection on Saturday. Mike Shiplett, crew chief of the 43, and Tim Brown of the 52 both received fines of $5,000. Again, no points were docked.
Kyle Busch drove his number 4 Toyota in the Camping World Trucks race Saturday and was dominating until a late race pit mishap while changing right side tires. There was a problem with the right front and the rear tire changer ran around and loosened the lugs on the left rear. However, when the Jackman dropped the jack to run around to the left, Kyle took off; the lugs were loose and the tire came off in the “blend lane,” causing Busch to back his truck up all the way to his pit.

Three people on the number 4 Kyle Busch Motorsports team ended up being suspended. These were crew chief Marcus Richmond, rear tire changer Coleman Dollarhide and Jackman Ernie Pierce. They were all suspended from three Camping World Truck races. This distinction is important, since Dollarhide and Coleman both pit cars for Stewart-Haas in the Cup. After the penalties were announced, Richmond tweeted “I am glad that the pit crew did not get suspended from cup races!” Dollarhide was the rear changer for Kurt Busch'snumber 41 team while Pierce worked the jack for Clint Bowyer's number 14 team.
Both the Hendrick Motorsports number 48 of Jimmie Johnson and the Premium Motorsports Number 15 of Ross Chastain failed optical inspection (for toe) three times prior to the Pennzoil 400 at Las Vegas Motor Speedway on Sunday. As a result, car chiefs Jesse Saunders of the 48 and Lee Leslie from the 15 were ejected. The NASCAR 2018 Rule Book has deterrence guidelines stating that each team will lose one crew member of NASCAR’s choosing.
Both drivers also had to start at the back of the pack. Jimmie was asked what he thought his chances of going to the front were after the penalty. During Fox’s pre-race broadcast he said, “I’m not sure. I’ve never been in this situation. Last weekend, there were some teams that had the same thing take place and they still had good finishes, so any race team out here is bigger than one person. Although I guess Jesse’s not going to be with us today, we have a lot of people who are very talented and ready to get going and fill in the void.” Johnson rebounded to finish in 12th.
Kevin Harvick won the race at Las Vegas Motor Speedway handily, sweeping all three stages. However, NASCAR has decreed that he will lose all seven of the championship/playoff points that he earned at Vegas because of an L1 Penalty he was awarded after teardown by NASCAR. Both Harvick and SHR were docked 20 points. Harvick’s car chief, Robert Smith, was suspended for the next two races (because NASCAR felt he had more of a hand in the building of the car prior to the race), and a fine of $50,000 was levied against crew Chief Rodney Childers.
There were two sections which the team was said to have violated. Section 20.4.8.1 deals with the rear window support. This was brought up during the race in chatter between the Number 9 of Chase Elliot and his spotter, when Elliot noticed that Harvick’s rear window was sagging. The rear window was not kept rigid at all times during the race because a brace failed. Section 20.4.18 was also found to have been violated in that rocker panel extension did not meet specifications because it was aluminum.
Additionally, a safety violation was awarded to the number 55 Premium Motorsports team of Joey Gase as the result of a loose luge nut that was found in post-race inspection at the track. This resulted in a fine of $10,000 being levied against Todd Parrott, the crew chief.
Back to Post
About Mike Aguilar 388 Articles
Mike's love of cars began in the early 1970's when his father started taking him to his Chevron service station. He's done pretty much everything in the automotive aftermarket from gas station island attendant, parts counter, mechanic, and new and used sales. Mike also has experience in the amateur ranks of many of racing's sanctioning bodies.