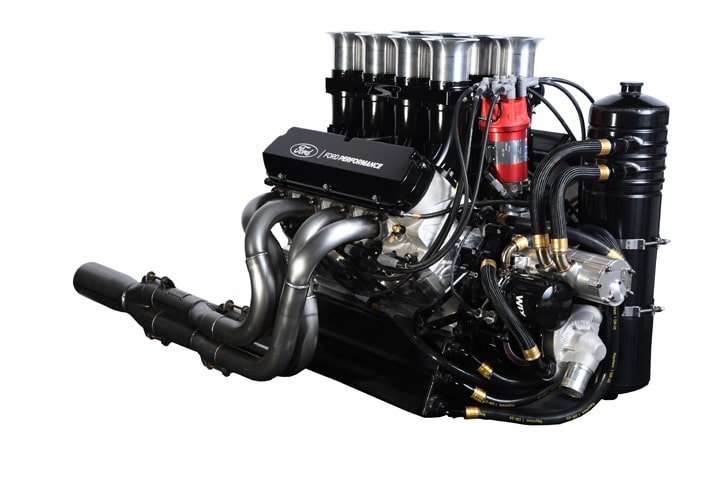 This new FOD 410 sprint car engine already has a Winner’s Circle appearance with Stewart at the wheel on Friday, September 27th, in an Interstate Racing Association (IRA) contest at the Dodge County Fairgrounds in Beaver Dam, Wis. “Seeing that come to fruition is a testament to all the hard work by everybody who has been involved in this project,” said Mark Rushbrook, global director of Ford Performance Motorsports. 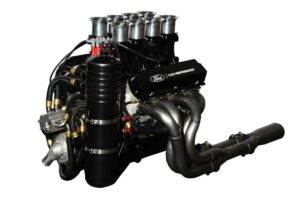 “We look forward to Tony and others winning many more races with it in the years to come. A lot of time and effort has been spent by our team, working with the people at Tony Stewart Racing to make sure that when we put this engine in competition, it would be good right out of the box,” he stated.

Development of the new Ford engine will continue through the rest of this season, with the hope that it may become part of a customer program in the near future.

“The goal of this engine program is to be able to introduce the FPS 410 engine to the sprint car community by this time next year,” said Tony Stewart, TSR owner/driver. “I am so incredibly proud to see the FPS 410 sprint car engine program come to fruition. The hours, innovation and effort that has gone into making this Ford program a reality is immeasurable.”

Reaching the point of having the engine ready to race was a challenge. Tony Stewart Racing’s intense schedule, which can include as many as three multi-state events per week, forced engineers to use actual races as part of the on-track validation process.

While the engine was dyno-tested at multiple phases to ensure performance and durability, Christian Hertrich, motorsports powertrain supervisor for Ford Performance related, “We didn’t have the opportunity to test it in a car until last month, because you need to have that real-world data to understand how it’s functioning. It just so happened that the first on-track test was an actual race.” 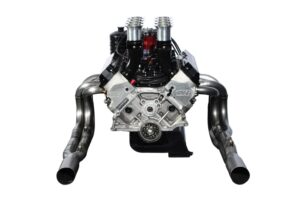 “I know we have a power plant that will immediately challenge for wins across many tracks and series,” Stewart confirmed. “I really have to thank Mark (Rushbrook) and his engineering team and the resources they have allowed us to lean on. On the same level, Andy (Durham) has spent countless hours with Ricky (Warner), [renown engine builder] Ron (Shaver), Roush-Yates and many others. Without those folks, we wouldn’t be where we are today,” Stewart said.

Impetus for the development of this new V-8 engine was Stewart-Haas Racing’s switch to Ford power for its NASCAR program in 2017. “As both an owner and driver,” Stewart noted, “I’m incredibly proud that our organization has had a hand in writing a new chapter in the history of sprit car racing alongside an iconic American brand like Ford.”