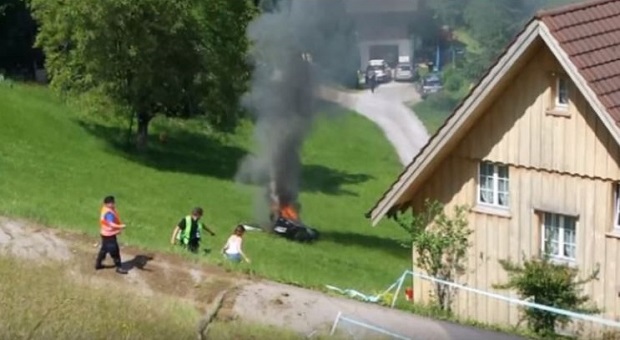 While filming for Amazon’s hit series The Grand Tour, Hammond lost control of the Rimic Concept One electric supercar he was driving, sending it crashing down a hillside after the finish line of the Swiss hill climb course on which he drove.

The $1 million car, which boasts over 1,000 hp, burst into flames, but Hammond was lucky enough to wriggle his way out before being caught up in the fire. Unfortunately, Hammond suffered a fractured knee, which has affected the filming of the show’s second season.

Auto Sport Schweiz confirmed today that the FIA has been in contact to ask for findings of the investigation currently being carried out.

“Our association is obliged to examine the events in detail, and to initiate disciplinary proceedings,” said Auto Sport Schweiz. “As this is an ongoing process, we cannot provide any further information at this time.”

The key to this investigation will be why Hammond’s supercar was traveling fast enough to make the left-hand bend after the finish line.

Hammond is now on the mend. We at RacingJunk wish him the best and will be sure to keep our fans apprised of this investigation.