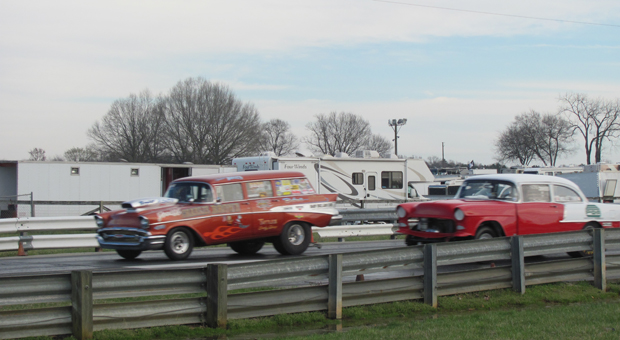 The Burnout at RacingJunk.com went back to the heart of true blue-collar weekend warrior drag racing this weekend as we joined the Classic Gear Jammers drag racing organization for their first race of the 2015 season.  Mocksville, NC’s historic 1/8 mile concrete dragstrip played host to a series that holds true to it’s old school racing style, which consists of all American classic, wheel standing four and five speed stick shift cars and trucks running a dial-in, break-out format.

As the gates opened, over 46 Gear Jammin’ competitors rolled in with a sense of anticipation and excitement.

“We are thrilled about the turnout from our members today,” said Classic Gear Jammers President and Marketing Director Sherri Gerringer.  “As electronic gadgets and other advances in drag racing, like nitrous, continue and drivers begin to look into officially retiring from the sport you tend to question how many will not only continue to compete with us, but do so on a regular basis. 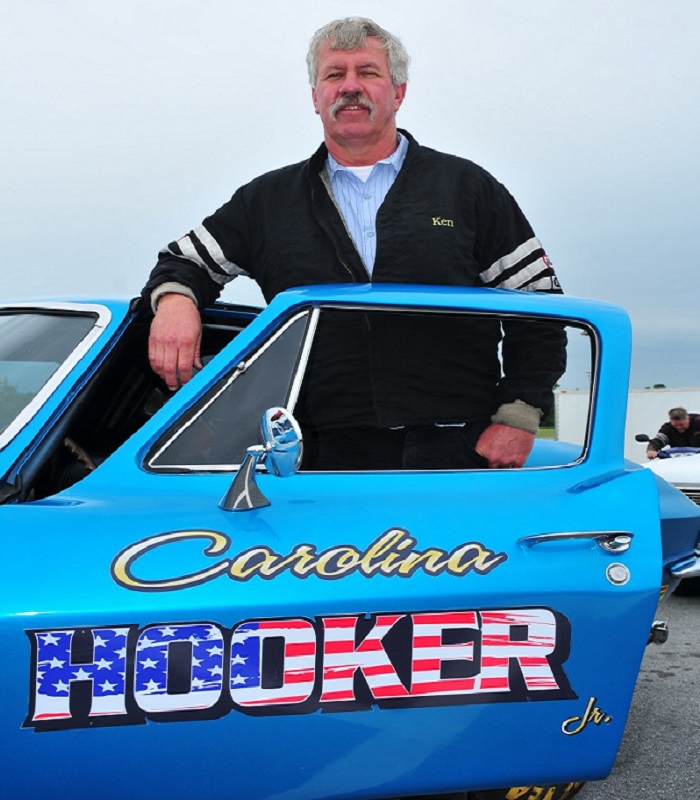 During our time at track, we caught up with a few Gear Jammer veterans who were excited about the start of their season, including our first Behind The Wheel featured driver and Farmington Dragway legend, Ken Regenthal.  “Although I have been competing with this organization for more than 10 years, every year is more exciting,” said Regenthal after his qualifying run.  “I put a lot of work into the Carolina Hooker over the winter including putting in a new Liberty Transmission and new clutch.  Usually my car will run around a 5.90 in qualifying at this track, but I just ran a 5.70, which is the fastest that this car has ever been.”

As this Farmington Dragway Wall Of Fame inductee competitive runs continued on Saturday, Regenthal would race his way all the way to the semifinals before a bad light would end his day.  “This car ran like it was on rails today,” said Regenthal.  “Unfortunately, a bad light ended my day a little earlier than I had hoped, but overall I am very happy with how this day went.  In fact, I picked up over two-tenths from last year.”

We also had an opportunity to talk to another well-known member and successful driver, Tom Talmon.  Despite a difficult start to his day, this optimistic competitor had high hopes for his 1955 Chevy Bel Air.  “Just getting here today was a struggle,” said Talmon.  “My team and I worked on this car until 10 or 11 p.m. every night this week and after having to rebuild the wheel cylinder, which was leaking on Friday, I thought that we would get here early and make some extra passes.”

Unfortunately, this plan wouldn’t exactly fall into place as Talmon would pull his car out on Saturday morning and find out that his master cylinder had given out.  “As a result, I found myself having to travel to Greensboro, NC to find the part I need only to arrive here at noon, when our time trials were set to begin, so you can definitely say that today has started off adventurous,” said Talmon.  Although Talmon’s qualifying pass wasn’t exactly what he had hoped, things were looking up during his first round after he defeated eight-time IHRA World Champion, Mike Boyles.

Things would go south for Talmon in the second round when he drew Saturday’s feature winner Ricky Skeens. “Ricky had a .004 green to my .005 red,” said Talmon.  “I am just glad that my car improved as the day wore on, it definitely needs some work prior to my next race though.”

We had an opportunity to catch up with the eight-time IHRA World Champion and three-time Gear Jammer Champion Mike Boyles, better known by his nicknamed car – Charlie Brown, prior to his first round.  This King, NC native is a legend within the sport as well as the Gear Jammers organization. 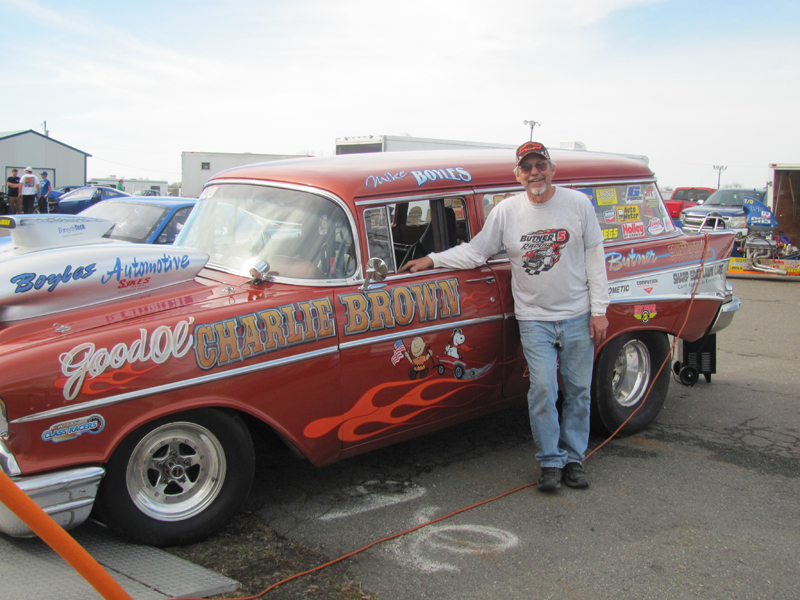 “I have been running this car in the IHRA since 1971 and when I got a little older I assisted with the start of this organization in 1990,” said Boyles.  “The cost of traveling and racing nationwide was just astronomical so myself and a few other founding members decided that in order to keep competing like we were we needing to keep our racing a little more local.”  Although he enjoys competing against those who continue to come up through the Gear Jammer class, Young admits that he misses competing against legends like Rick Nikola, Ronnie Flint and  Ronnie Skinner.  “These guys were true legends of their time and while there is a lot of talented drivers who continue to join our organization, I will never forget competing with them,” said Young. 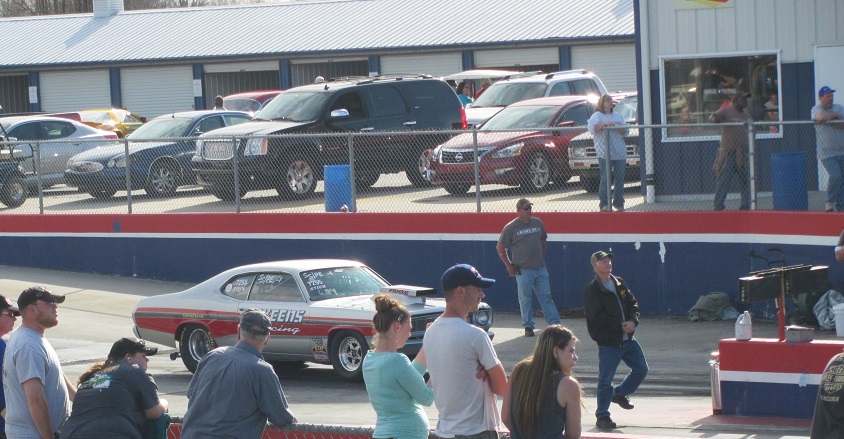 As the long day wore on, it would come down to two drivers who would take it to the final Gear Jammer feature elimination round.  The 1972 Plymouth Duster of Ricky Skeens and Ford Duster of Tommy Lumley would come to the line for the final pass with Skeens taking home the first big win of the 2015 Gear Jammer season with a pass of 6.81 seconds at a speed of  99.47 mph.  “It was just my day,” laughed Skeens.  “Everything worked flawlessly: the car hooked all day, my reaction times were good, and my E.T.’s were consistent.  With 45 other competitors in attendance, the competition was the best you will find.  In summary, I was very fortunate to be the last one standing!”

Stay tuned to The Burnout on RacingJunk.com as we continued to follow these and other weekend warrior legends throughout the 2015 race season.