Dodge has announced the upcoming arrival of the most powerful production SUV ever.  The big three tends to focus their horsepower away from the SUVs, more so Sport Trucks get more attention. The following for the high-performance American SUV market over the years would best be described as ‘cult.’  The handful of die-hard Typhoon, TrailBlazer SS, and Saleen Explorer, owners will be chomping at the bits for what Dodge has put in front of us.

The Dodge 2021 Durango Hellcat will be a fire breathing SUV that will get its version of Dodge’s Hellcat supercharged 6.2-liter V8 also shared with the Hellcat Challenger. Sure it’s detuned at 707 horses but in a kid picking-up grocery-getter, it’s PLENTY of power, fast enough for a mid 11 second 1/4 mile.. Pricing for the Durango SRT Hellcat will be announced later this year, keep in mind Dodge will only be offered for the 2021 model year.

“Dodge is getting rid of the Darts, Stratuses, some of these old cars to focus on just performance. All those buyers love that Dodge is focused on performance, and they’re starting to benefit from the customers they have developed over the past five-plus years.” Says Kyle Brauer a Kelly Blue Blook Analyst. 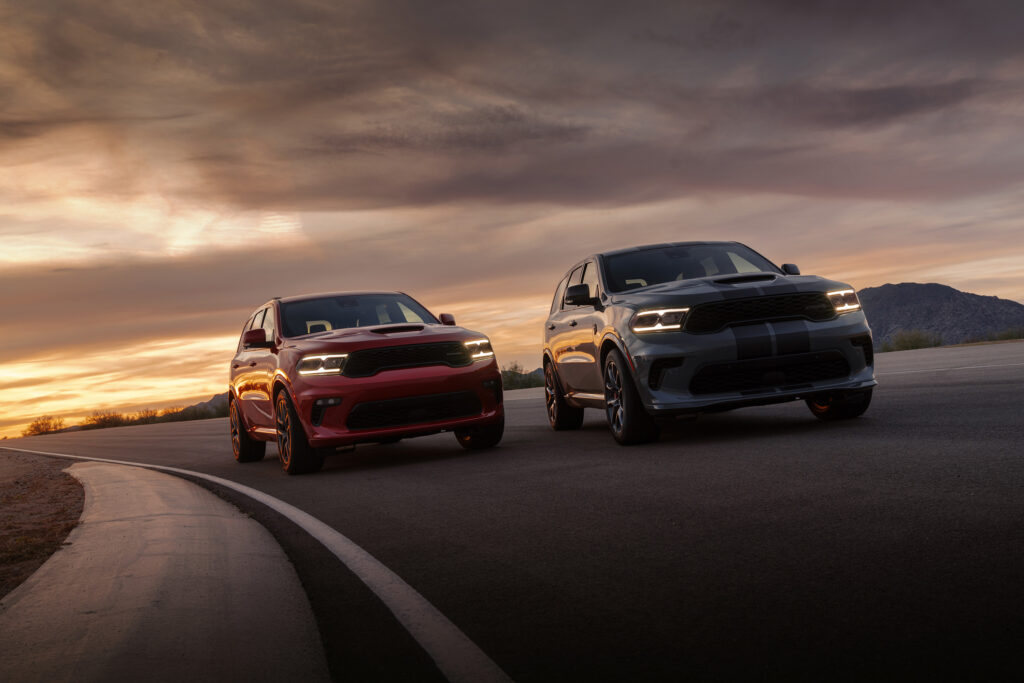 The Super Stock will be a widebodied beast, its 6.2-liter V-8 makes an additional 10 horsepower over the Redeye’s 797-hp mill for an output of 807 horsepower due to a revised power train.

Pricing for these will also be released towards the end of the year.