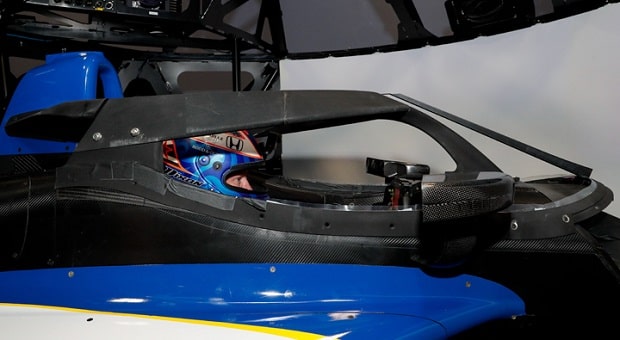 INDYCAR is moving forward on its Aeroscreen, a driver safety protective device developed in partnership with Red Bull Advanced Technologies (RBAT). On July 2, it enlisted current and five-time driving champion Scott Dixon to conduct a simulator test of a prototype at Speedway, IN-based Dallara Research Center, a stone’s throw from Indianapolis Motor Speedway.

The prototype, manufactured by Roush Creative Services, was produced less than six weeks after INDYCAR announced its partnership with RBAT to fully design Aeroscreen. The device is intended to enhance driver cockpit protection and is scheduled for 2020 season-starting implementation.

The design consists of a ballistic Aeroscreen anchored by titanium framework. Dixon’s simulator test utilized the framework only, mounted in three areas about the cockpit: at the chassis centerline, with two rear-side mounts and offering roll hoop integration that will provide enhanced load-bearing capabilities.

Dixon, driver of Chip Ganassi Racing’s No. 9 PNC Bank Honda, said, “I think the technology game moves very quickly in our sport, and I think INDYCAR has always been at the forefront of moving safety additions along. I’m very happy to try and help push this forward and be one of the drivers who can help define areas that may be tricky.”

Dixon said he experienced no visibility issues with the framework of the prototype. He only noticed the chassis centerline piece, but it was no more of a distraction than the Advanced Frontal Protection (AFP) device that’s been used on all Indy cars for the past six races, which comprised two ovals, two street circuits and two permanent road courses. “It was very similar to the AFP,” Dixon noted, “so everything was pretty smooth.” 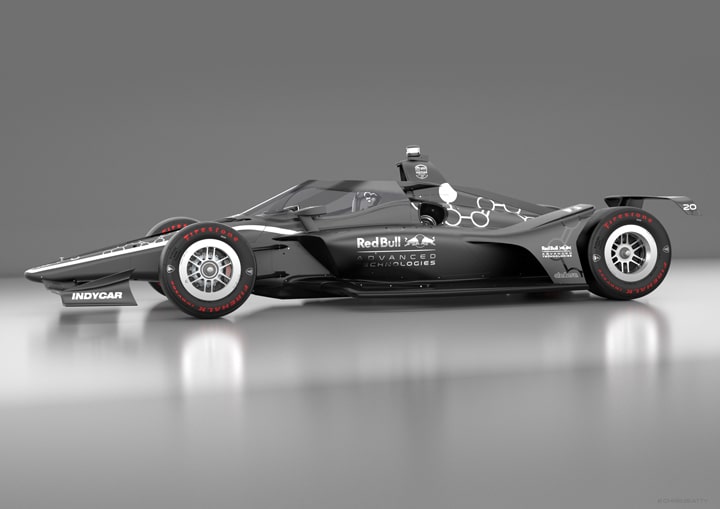 Although the polycarbonate laminated screen was in place for the test, INDYCAR officials looked for Dixon’s opinion on the change in center of gravity the Aeroscreen creates (or could create) and the varying loads associated with it. He also tested entry and exit from the cockpit, although he wasn’t able to put weight on the 3D-printed mock-up produced by Roush.

On hand for the test were INDYCAR president Jay Frye, engineers working for the sanction organization, Chip Ganassi Racing engineers and Dallara engineers. RBAT reps also joined, albeit remotely. “It was a successful step in the process of this collaborative safety initiative,” Frye said. “We had no issues today, so we can check the box on this test and continue to progress toward the ultimate goal” of producing Aeroscreen for all competitors to use in 2020.

Ultimately, the RBAT design consists of the polycarbonate laminated screen, which includes an anti-reflective coating on the interior of the screen, anti-fogging through an integral heating element and tear-offs, all of which will be produced by integrated third-party companies. The Indy car drivers can look forward to a cockpit cooling option, designed by Dallara in conjunction with RBAT.

INDYCAR intends for track testing of the Aeroscreen device to ensue in September at IMS. Dixon expressed his pleasure at being part of the development process: “Honestly, it’s been very well done from the get-go and the full process has been well covered in many different areas, so it’s been pretty easy.”

After two weeks off, the NTT IndyCar Series returns to action with the Honda Indy Toronto, an 85-lap contest on Toronto’s street course. The July 14 race airs at 3PM ET on NBCSN. Leading up to the Canadian contest, seven races remain in the 2019 campaign, with the season finale scheduled for September 22 at WeatherTech Raceway Laguna Seca.