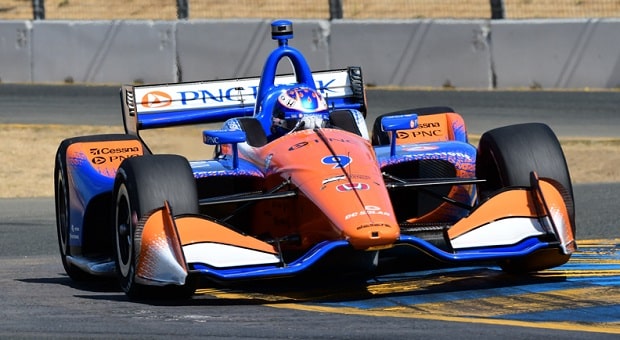 As he crossed the start-finish line at Sonoma Raceway on Sunday, Scott Dixon equaled a record held by the great A.J. Foyt. The Kiwi, 38, earned his fifth Verizon IndyCar Series championship, all while driving for Chip Ganassi Racing, by finishing second in the 85-lap race won by fellow Honda driver Ryan Hunter-Reay, the Andretti Autosport pole sitter who led all but five of the trips around this 2.385-mile undulating road course. 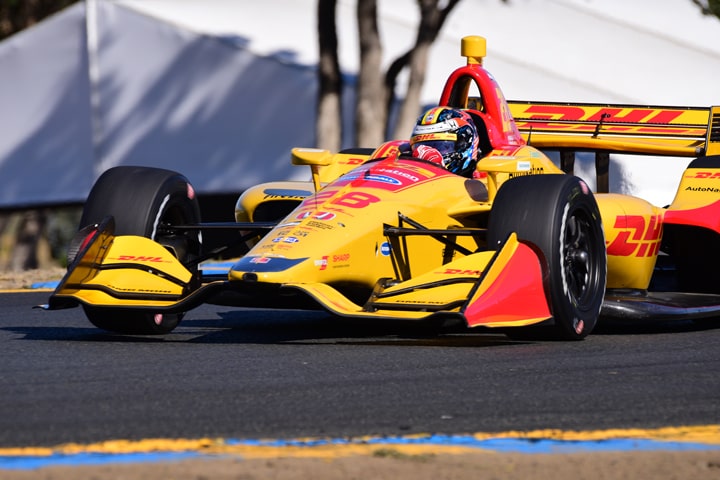 Dixon was on-point all weekend, hovering at the front of the field, qualifying second in Firestone Fast Six knockouts and driving the kind of clean, mature contest one would expect from a guy known as the “Iceman.” His primary competitor, on the other hand, was aggressive from the start as he attempted to make up his 29-point deficit. Alexander Rossi, the 24-year-old Californian who won the 100th Indianapolis 500 in 2016, hit his Andretti Autosport teammate Marco Andretti, who was starting fourth – his career-first Firestone Fast Six appearance – shortly after taking the green flags. 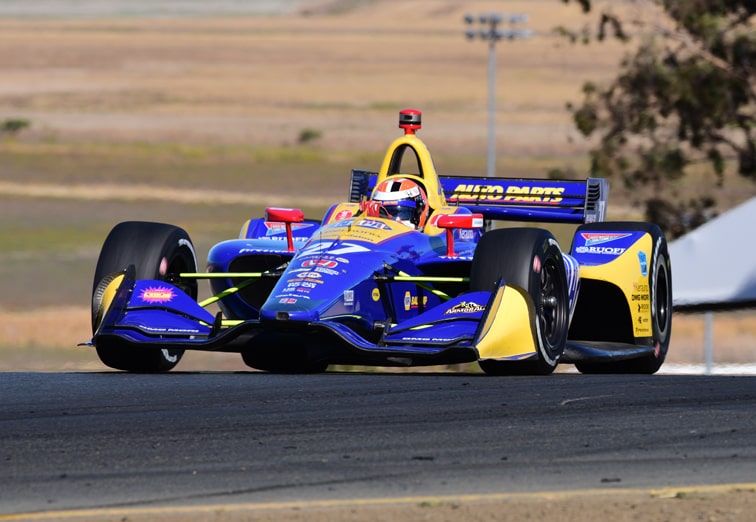 Those were the nuts and bolts of the weekend, but there was much, much more. Despite having electrical and battery issues stymie them, Rahal Letterman Lanigan Racing is looking forward to 2019, when it retains the services of Graham Rahal and Takuma Sato, who won the recent Portland road-race revival. Venerable veteran Tony Kanaan, 43, of A.J. Foyt Racing, commemorated his 300th consecutive Indy car start and 360th overall. While his 18th place start wasn’t what he needed, TK worked through the field to achieve a hard-fought 12th place result.

Team Penske’s Newgarden had a topsy-turvy weekend, beginning with his missing the first practice Friday morning due to a fuel pick-up issue, according to a crew member. JoNew’s lead engineer Brian Campe said there was a parts failure “that had never happened before now.” But never mind: In the afternoon session, the No.1 team was atop the timing sheets. He qualified third for the race and was looking toward an excellent finish before that hiccup in his first pit stop. 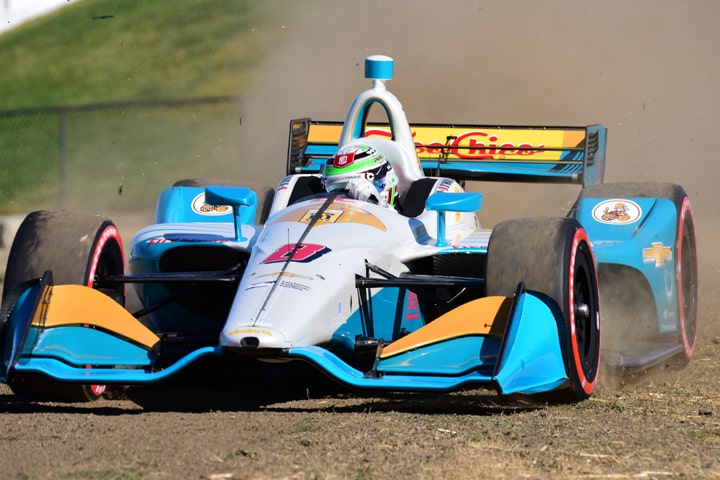 One of the biggest stories around the paddock was Harding Racing’s cooperative run with Andretti Autosport’s Indy Lights duo of O’Ward and second-generation racer Colton Herta. While O’Ward has mountains of endurance competition in addition to his Indy Lights career – he’s raced in IMSA’s Prototype Challenge and Prototype categories, so is accustomed to performing pit stops – few were expecting his P5 qualifying runs or ninth-place result.

The rookie had a hard time keeping race tires beneath him as he began his first run, trying to keep position while attempting to improve at the same time. O’Ward tested the limits of his car throughout the weekend, but using Firestone’s red “alternate” tires threw a curve ball to the young Mexican driver. He was advised by his crew to work through his issues rather than taking an early pit stop in a race that experienced only a single five-lap caution period (for Rahal’s electrical issue). O’Ward’s recovery during the second round of qualifying after dirt-tracking the second turn was a thing of beauty.

His teammate, Colton Herta, had a quiet race, starting 19th and finishing 20th, which was somewhat more expected than O’Ward’s competitive bullying of the INDYCAR veterans. It was strange to see so many Andretti Autosport crew personnel wearing Harding clothing, as the former race with Honda power and Harding is a Chevrolet partner. Matheus Leist finished 19th in his final race of the season for Foyt’s team; the Brazilian has shown flashes of brilliance this year but has tended toward the middle of the pack.

Jack Harvey brought his partial-season Meyer Shank Racing Honda Indy car entry to a viable 17th place result while Pietro Fittipaldi, making his sixth start for Dale Coyne Racing, started 13th and finished 16th. Although he’s had a year of growth for his first Andretti Autosport season, rookie Zach Veach couldn’t achieve his sixth top-10 result of the year after suffering undertray damage early in the going; he finished second in Rookie of the Year standings to Canadian Robert Wickens.

Speaking of Wickens, his video message to his friends and fans before the race got underway was both telling and uplifting. Wickens’ results prior to his Pocono accident ensured he’d win the Rookie award; not being able to race in the double-points competition relegated the driver to 11th place in the final standings after running in the top-10 up until his sidelining accident. Here’s the video, courtesy of Wickens’ Twitter:

Just a few words from Rehab, also good-luck to everyone in Sonoma this weekend! pic.twitter.com/7TD7pHnp4N

Scott Dixon earned his first Indy car title in 2003 at Texas Motor Speedway. He’s gone from a quiet and reserved young man to one who represents his series exceptionally well. Dixon always gives great credit for his success to his wife Emma Davies-Dixon and their two girls, Poppy and Tilly. It’s been obvious to see that family life has been an integral part of Dixon’s more recent success. As Emma said to me before qualifying even began on Saturday mid-afternoon, “It’s just racing; there’s more to life.” That may be so, but for Dixon, Hunter-Reay and 23 other drivers, racing is life.