A pit road penalty sent Joey Logano to the rear of the field, but it couldn’t hold him back from taking the Zippo 200 NASCAR Xfinity Series race on Saturday at the Watkins Glen International Raceway.
Making his first scheduled Green flag pit stop on lap 20, Logano was proceeding along as scheduled in his Penske Racing Snap-On Tools Mustang with a four-tire change and fuel. When he exited his pit stall, his fuel can was still attached, carrying it beyond the stall. Recognizing his mistake, Logano stopped his vehicle and let it fall off a few pits later, but now the object was blocking pit road, causing yet another yellow flag to pick it up.

Serving his penalty for his pit road infraction sent him back to 22nd in the field, which primed him for a comeback on the restart on Lap 27. Logano used another two caution periods to bunch up the field catching Penske teammate Brad Keselowski on lap 49, passing him, and retaking the lead. “Everything went as planned,” said a laughing Logano, who claimed his 25th overall Xfinity series victory, his first on a road course. “It was fun to have a car that was that fast, out there racing these guys and racing your teammate there for the win. It shows a lot about our organization.”

Keselowski led 40 laps and Logano 39 respectively, giving Penske Racing their seventh 1–2 team-finish in the Xfinity Series. Behind this duo, it was havoc in the back of the pack with Ty Dillon twice making an inside move going into turn one taking before out point contender Regan Smith, first and Paul Menard later on another restart.

On pit road after the race, Smith went looking for Brendan Gaughn and later, Ty Dillon. “I got dumped in Turn 1,” said a heated Smith, who finished 20th losing 18 points in the process. “It was pretty plain and simple. I don’t think I’m the only one he (Dillon) dumped today… I guarantee you, I might have lost the championship today, but he did, too. There’s no chance that 3 car wins the championship, and I’m going to make sure of it.” Angry words led to a confrontation on pit road after the race where he grabbed Dillon by the collar only to have NASCAR officials intervene separating the two.

Dillon accepted making two desperate moves during the race, the first of which spun Smith’s Chevrolet after a restart on Lap 40 and before his could be sincere about it, Smith countered with his comment and interactions on pit road.”He said he was going to wreck me — we’ll see,” Dillon said. “I took the blame for it, but he came down here picking a fight. That’s a different game.” 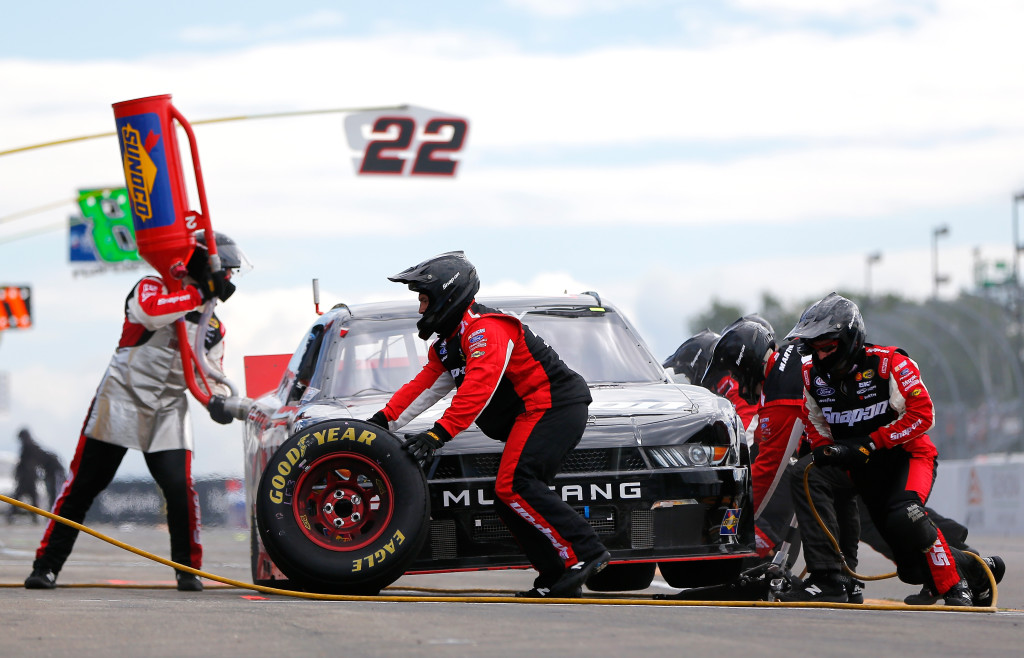 The NASCAR Xfinity points leader Chris Buescher increased his lead with a tie in second with Chase Elliott and Ty Dillon both now 24 points behind. Smith in fourth is 57 out of the lead.
The average speed of the Zippo 200 at the Glen was 84.059 mph being slowed by seven caution flags for 20 laps. There were nine lead changes among four drivers with Logano taking the lead on lap 54 never looking back. 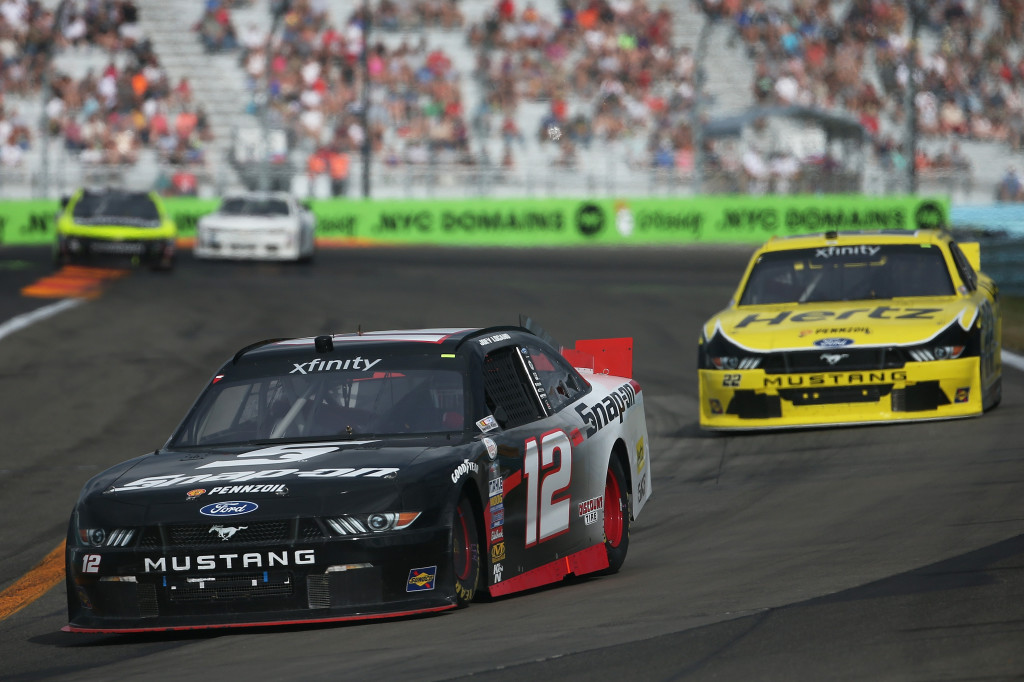 The remaining top five had points leader Chris Buescher in third, Boris Said, substituting for Kyle Busch finished fourth, and Ty Dillon fifth. Rounding out the Top 10 were Brad Scott, Chase Elliott, Elliott Sadler, Paul Menard, and Brendan Gaughn. The NASCAR Xfinity series head to another road course event at the Mid-Ohio Sports Car Course for the running of the Nationwide Children’s 200 next Saturday, August 15 on NBCSN with a 3 p.m. EDT start.