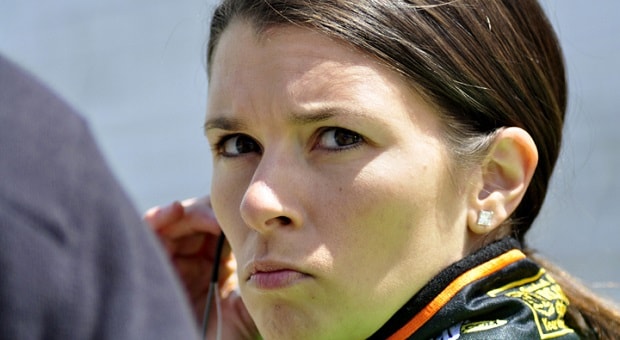 On May 1, Danica Patrick took her first laps at Indianapolis Motor Speedway since leaving the Verizon IndyCar Series after the 2011 season. Deciding to end her racing career by competing in the biggest stock car race, NASCAR’s Daytona 500 and the Indianapolis 500 this year, Patrick claims this is the close of her motorsports adventure.

It’ll be difficult to see if she actually keeps to that pledge, because racing is an addiction that truly has no cure. Many have tried to walk away; few have succeeded, but Danica Patrick is an exceptionally driven woman who might just be able to kick this habit.

She won’t fade away until after this year’s 102nd Indianapolis 500 Mile Race, set for May 27, and participated in Tuesday’s refresher course at Indianapolis Motor Speedway as she relearned how to drive an open-wheel racecar, having driven in NASCAR’s premier Monster Energy NASCAR Cup Series since 2013.

It wasn’t the easiest return for the driver who earned rookie honors in her first year at the Greatest Spectacle in Racing, 2005, driving for Rahal Letterman Lanigan Racing and who clinched a third-place result at IMS in 2009, her third year with Andretti Green Racing (now Andretti Autosport).

These Indy cars don’t have power steering like the NASCAR Cup cars do, and Patrick admitted her workout preparation for the refresher course wasn’t the right regimen. While she wasn’t sure she could tell the difference, initially, between the cars she drove seven years ago and the one she climbed into Tuesday, “Man, that wheel is so heavy. That was my biggest issue, the weight of the wheel and feeling it,” Patrick explained.

“When the wheel is heavy, it feels loose so it’s hard to be aggressive with it. I’m stronger than when I was here before, but it is just such a different feel.” There were three drivers taking refresher tests on May 1: Patrick, Sage Karam and Robert Wickens. Karam, who has the most recent experience racing on the 2.5-mile oval, was the better of the trio at 218.600mph, but despite her discomfort, Patrick was just a tick behind at 218.500.

Returning to the circuit on Wednesday, and surrounded by many other competitors taking advantage of the test, Patrick felt much more comfortable in her Ed Carpenter Racing No. 13 Go Daddy Chevrolet. “Today I wanted to get on with the job and get comfortable, start to feel the car and work through simple changes,” she said. “It’s just a matter of working on the little feelings I have, as well as trying things because, quite honestly, it feels pretty planted, so it’s just small little changes and kind of feeling how the tires go over the course of the 20-some laps.”

While she didn’t get to run in traffic during her second excursion, “As far as ‘towing’ goes, all that stuff I remember. If you can see a car it’s helping you. I never saw a car so [my] speed is legitimate. Then again, seeing a car can definitely upset the car and get you much looser or lighter.”

Patrick, a winner at Twin Ring Motegi in 2008, is reuniting with long-time sponsor Go Daddy, and is driving a bright green car once again. During her testing, she was assisted by Matt Barnes, who had been her engineer at Andretti-Green during her most successful, 2009 season. “My old engineer Matt ran me today,” she said during her press conference after the refresher course. “He made it easier to drive.”

While Patrick’s final NASCAR drive at Daytona International Speedway came together late in the going, this effort at Indianapolis Motor Speedway has been a while in planning. “This is a well thought-out, timed, planned, full-fledged effort,” she said. “Daytona came pretty quick and the team did a great job massaging the car; I felt we were competitive in the race.” Yet she was collected in a typical multi-car bang-up. “I feel it was still a good effort, but this is the one that had more time to go through the details and be prepared.”

With more than 33 cars expected fore the 102nd Indy 500, Danica Patrick will have her work cut out to make the grid in an appropriate position. She’s in it to win it, but only 200 laps will tell if her desires can be a reality.

About Anne Proffit 580 Articles
Anne Proffit traces her love of racing - in particular drag racing - to her childhood days in Philadelphia, where Atco Dragway, Englishtown and Maple Grove Raceway were destinations just made for her. As a diversion, she was the first editor of IMSA’s Arrow newsletter, and now writes about and photographs sports cars, Indy cars, Formula 1, MotoGP, NASCAR, Formula Drift, Red Bull Global Rallycross - in addition to her first love of NHRA drag racing. A specialty is a particular admiration for the people that build and tune drag racing engines.