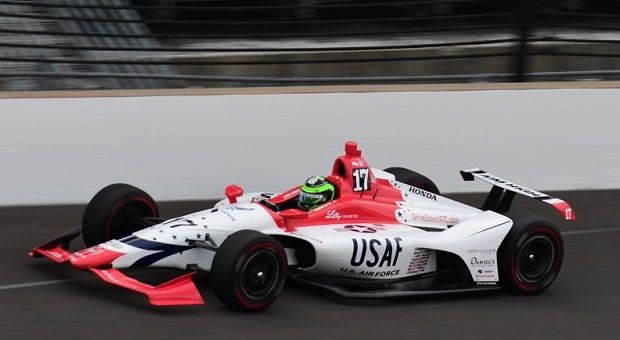 The 103rd running of the Indianapolis 500 became even more compelling when Andretti Autosport announced the addition of Conor Daly to its already stellar four-driver lineup. Conor Daly, son of Formula One and Indy car driver Derek Daly, has fought hard to gain any access to NTT IndyCar Series grids, lacking the kind of funding that propels some drivers onto the best teams.

Michael Andretti admitted he’s been trying to get Conor Daly on his bespoke team for a number of years, as teammate to Alexander Rossi, Ryan Hunter-Reay, Marco Andretti and Zach Veach. With the U.S. Air Force’s involvement in Daly’s career for a second year, the ability to meld these five American-born racers into a single squad became possible.

The U.S. Air Force will retain full-season associate partnership with the team, using Andretti Autosport’s marketing capabilities to further the Air Force’s recruitment needs. General Jeannie Leavitt, present at the announcement, said, “We are very excited because there are so many common attributes that we have between the Air Force and Andretti Autosport – when you talk about teamwork, when you talk about excellence, really going after the winning team. We are excited and they’re excited to be part of this partnership as we move forward.”

Despite his obvious abilities behind the wheel in series like Mazda Pro, Indy Lights, GP3 and GP2, lack of finances has held Daly back in his quest for a viable full-time IndyCar seat. He’s been thrust into last-minute situations and managed to succeed despite lacking seat time and in-depth knowledge of teams with which he’s been associated. Now, for the first time, Conor Daly will have the ability to get to know his team and teammates – one of whom, Alexander Rossi, is one of his best friends.

“You know, Alex [Rossi] and I, we’re the same age (27),” Daly said. “We grew up racing at the same time, but we never really raced against each other. He did Formula BMW. I did Skip Barber. I got to GP3 after him. We never actually raced against each other until we got into GP2… He was sort of on his way out to Formula 1 and I had no idea where I was going to go. Sure enough, we ended up being rookies at IndyCar together.” 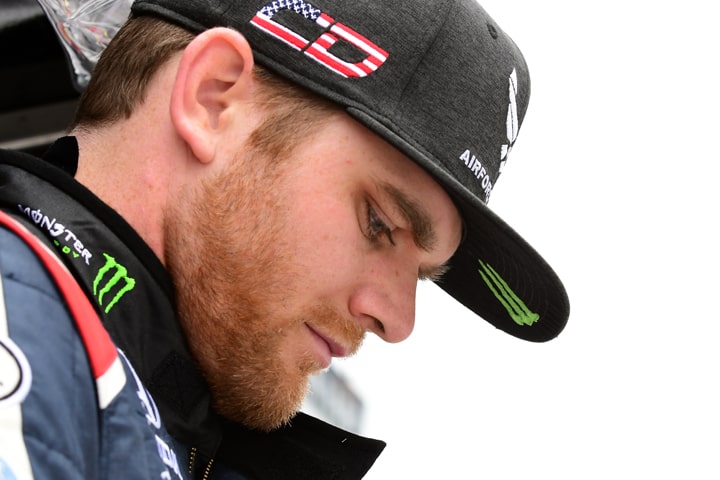 Knowing the group he’s put together is a cohesive one, where every driver knows each other, where there’s rapport and respect throughout their massive garage areas at Indianapolis Motor Speedway, Andretti, of course, remembers the days when Tony Kanaan, Dario Franchitti and Bryan Herta all ganged up on Dan Wheldon. There was a lot of chemistry between them, and the team owner expects more of the same shenanigans from his five-member team.

“This group has a lot of the same feel, for sure,” Andretti mused. “You can just feel the way all the guys are when they’re in the same room together, you can feel that camaraderie, things like that.” Daly has been a semi-regular guest at Rossi’s house and the two of them have raced together on various occasions. Daly and Marco Andretti have had a long-term friendship as well.

Over the years, with many different teams and his jump-in-and-run-hard reputation, Conor Daly has learned the patience necessary to perform in a long, taxing race like the Indy 500. “Over the last 18 months, since the end of the 2017 season, I’ve been in a couple of different cars, a couple different situations. I’ve always been sort of thrust into the deep end; just basically I’ve had to try and just do whatever I could in a last-minute type situation. I’m used to that,” he explained.

“But the Indy 500 is a little bit different. Last year,” racing for Dale Coyne Racing with Thom Burns, “we missed the first day of practice. It was definitely a bit of a hectic situation. Showing up to Indy now with probably a lot of information already that we’ve been able to study, I’m going to try and be at obviously every race with the team to see how it all works.

“I think it will just be a great situation for my brain really, because I won’t be thinking – last year, heck, I was just trying to survive, make the race, take all the wing out we possibly could, see what happened. I think it will be a different situation this year. It makes me feel happy. I’m just a happier person, that’s for sure. Every time I’ve been able to get into an Indy car, I feel ready to be able to deliver, no matter what the level of equipment is. I’m excited to see the high end of the spectrum. We know it will be a good situation – I can’t wait to see what it feels like.”

The 103rd Indianapolis 500 takes the green flags at 11AM EDT May 26, 2019 on the 2.5-mile Indianapolis Motor Speedway historic oval. NBC is set to televise the race for the first time in network history.

About Anne Proffit 700 Articles
Anne Proffit traces her love of racing - in particular drag racing - to her childhood days in Philadelphia, where Atco Dragway, Englishtown and Maple Grove Raceway were destinations just made for her. As a diversion, she was the first editor of IMSA’s Arrow newsletter, and now writes about and photographs sports cars, Indy cars, Formula 1, MotoGP, NASCAR, Formula Drift, Red Bull Global Rallycross - in addition to her first love of NHRA drag racing. A specialty is a particular admiration for the people that build and tune drag racing engines.