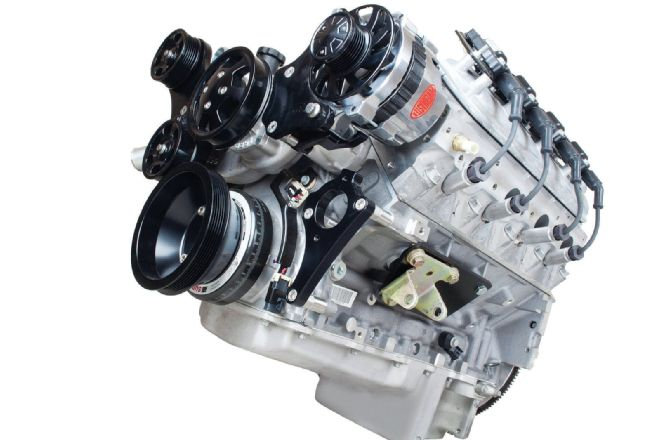 LS or old school 350? This is a debate that will likely never have a definitive outcome. LS engine swaps have truly reached critical mass. The swap is easy, and the amount of aftermarket support is astounding. The cost of working over a “recycled” LS-style engine compared to the cost of rebuilding a worn-out old school 350 short-block is becoming quite competitive, even if you consider the additional costs of adapting the late-model engine to an early chassis. And, since the typical rebuild of an LS is achieving roughly 100 more horsepower compared to similarly modified, equivalent-displacement, traditional Chevy small-block, it’s tough to argue with the LS’ capabilities.