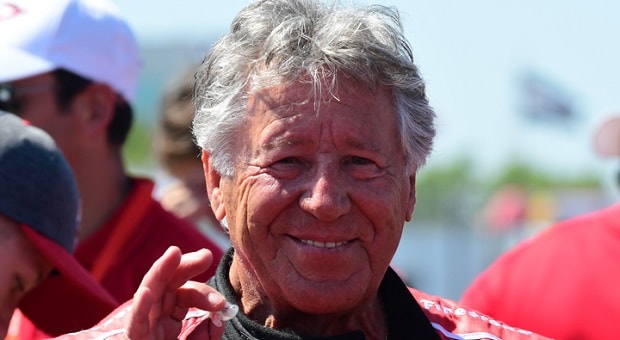 This weekend, the Verizon IndyCar Series travels to the Valley of the Sun for two reasons. One is that the series holds its first oval contest of the year, the Desert Diamond West Valley Casino Phoenix Grand Prix that will be held on Saturday night at ISM Speedway, formerly known as Phoenix International Raceway. But there’s a bigger celebration for this historic track taking place starting April 4th, the 25-year anniversary of Mario Andretti’s 52nd and final Indy car race win – at this very track.

Driving for Newman/Haas Racing in the CART series, Andretti began competing at the daunting mile oval Phoenix track west of the city in 1964. “I was there for 30 years as a driver,” he said, “as an active driver. Phoenix as a track – probably one of the most important parts of my career, quite honestly.”

That year, Andretti was racing for Clint Brawner, a native of the city, with Jim McGee as his crew chief. They were part of Firestone’s development group that was waging a tire war with Goodyear. “There was a tremendous amount of development going on; I used to spend weeks and weeks at a time testing,” – thanks to Phoenix’s temperate climate.

The 1993 race marked 1992 Formula 1 champion Nigel Mansell’s first time racing on an oval as he began his short but successful CART career. The Briton crashed in practice, taking out a good portion of the Turn 1/2 wall with the ferocity of his hit.

Andretti considered his final win a gift, after starting second next to Scott Goodyear, who would retire after 87 laps with a transmission problem. “It seemed like the Penske cars seemed to be on a planet of their own; they were running 1-2. First Paul Tracy crashed, which was unusual, out of the lead. But 10 laps later Emerson Fittipaldi did the same thing. All of a sudden here I’m leading the race. I figure how sweet this is. I saw both guys walk away. That was it – but it was certainly welcomed, as you can imagine.”

To celebrate the momentous occasion, INDYCAR is hosting a party Thursday evening in Andretti’s honor (invitation only) and they’re streaming the major part starting at 10:30PM EDT on indycar.com. Grandson Marco Andretti’s graphics for this weekend’s race mirror his grandpa’s from 25 years ago. Clea Newman, daughter of team co-owner Paul Newman, serves as grand marshal of the 250-lap contest.

In addition to celebrating legendary Mario Andretti’s final and 52nd win, one of 23 drivers will be first to the checkered flags Saturday night under the lights. There’s a large field of rookies including A.J. Foyt Racing’s Matheus “Matt” Leist, Robert Wickens at Schmidt Peterson Motorsport, Pietro Fittipaldi with Dale Coyne Racing, Zach Veach at Andretti Autosport and Kyle Kaiser for Juncos Racing.

With such a stout field on the mile oval it should be a very interesting race to watch, especially with a new aero kit for all 23, five of them newcomers to the oval in this series. It’s the first NBCSN broadcast of the year for the group that’ll take over all such rights in 2019. Live broadcast starts at 9PM ET.