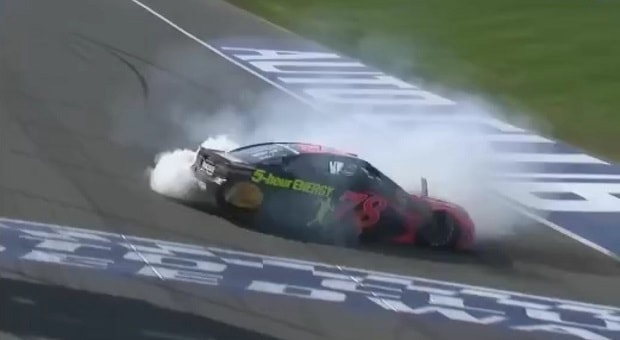 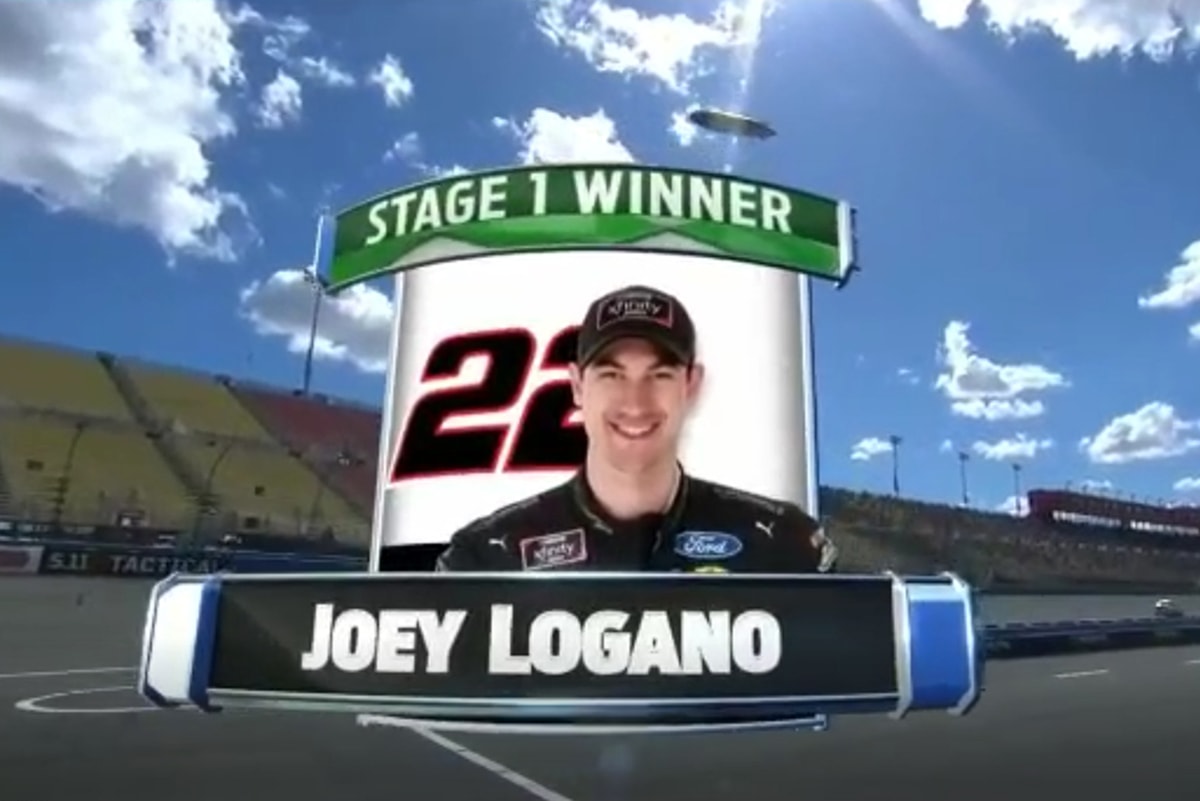 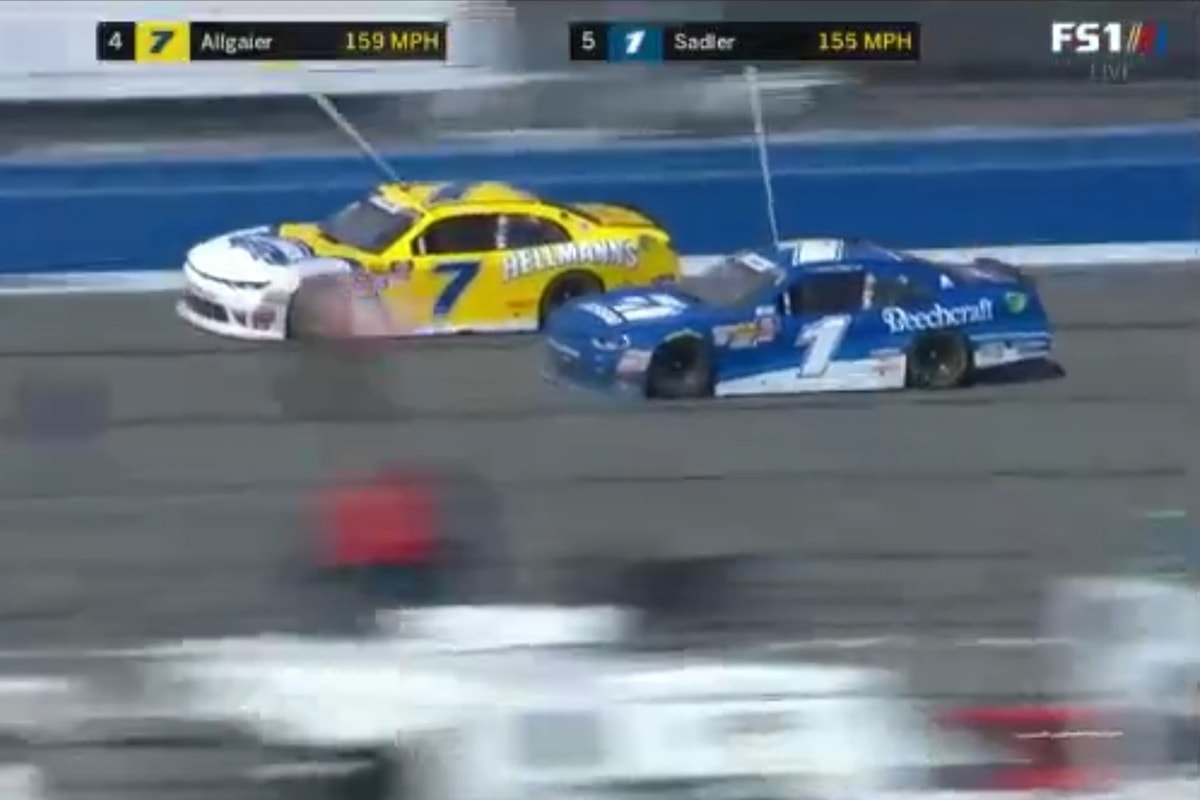 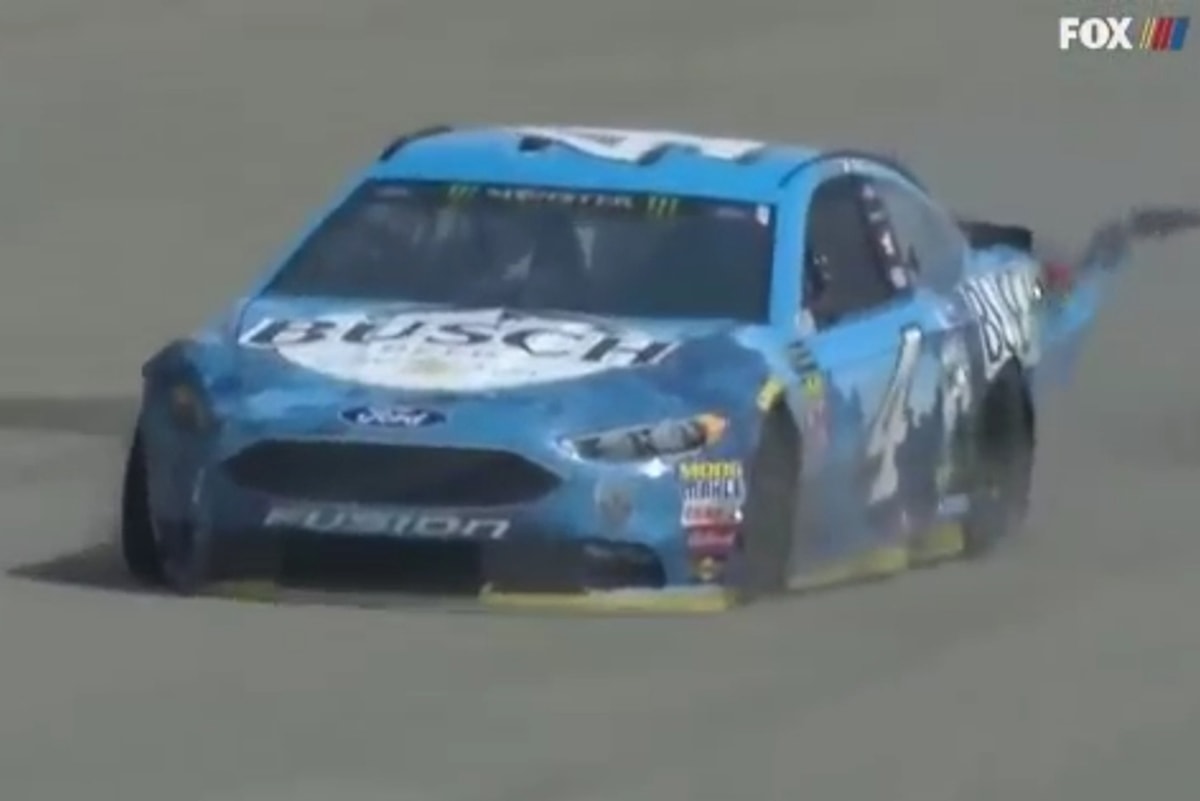 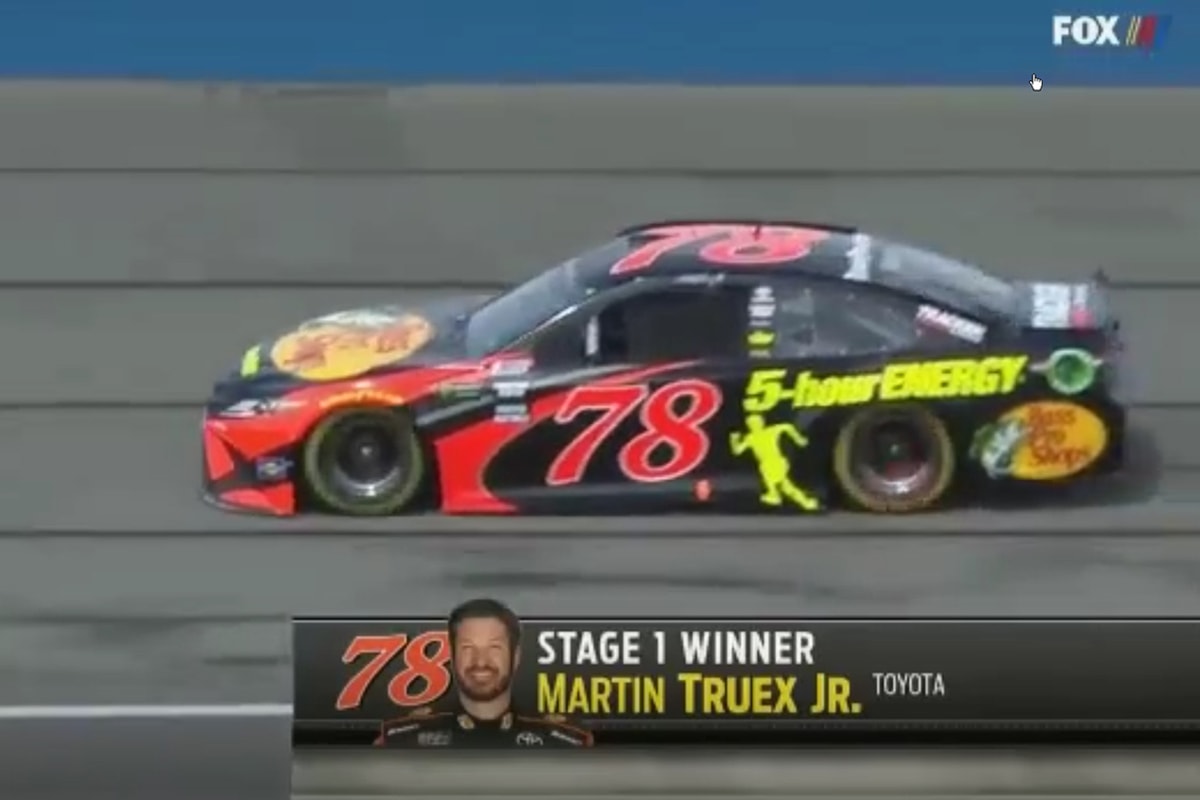 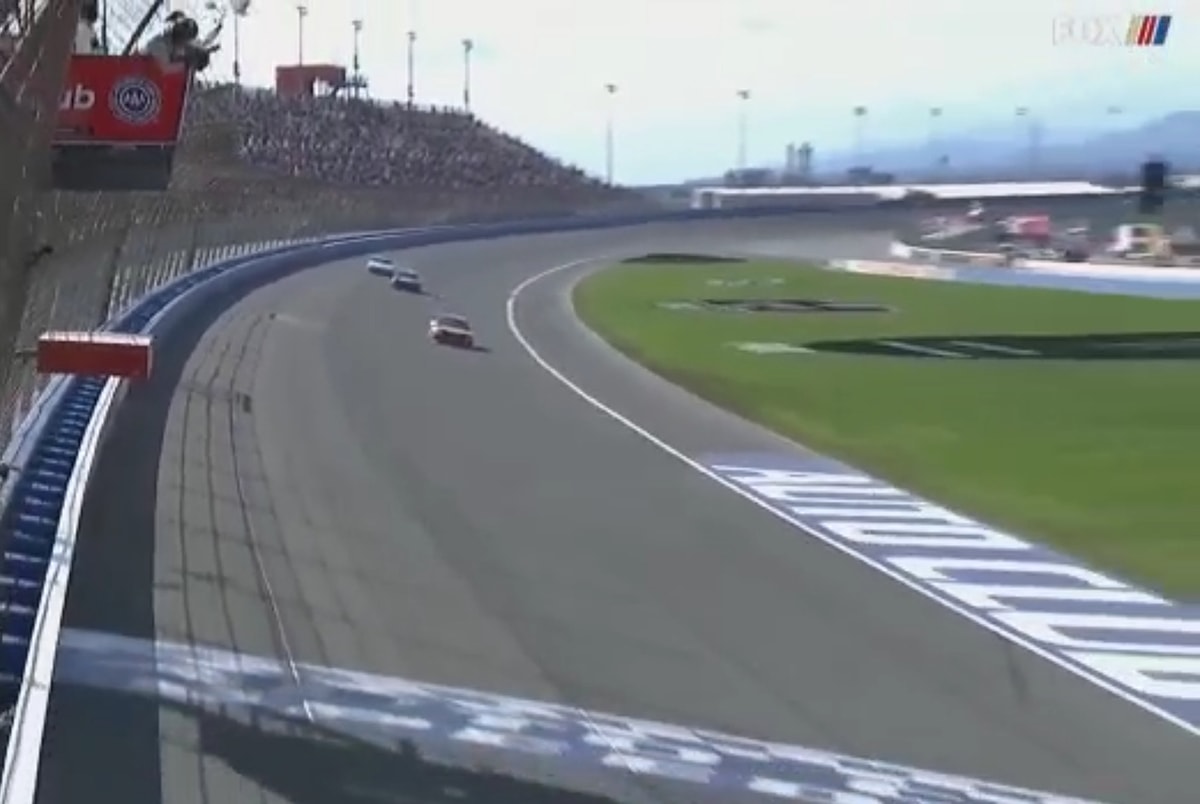 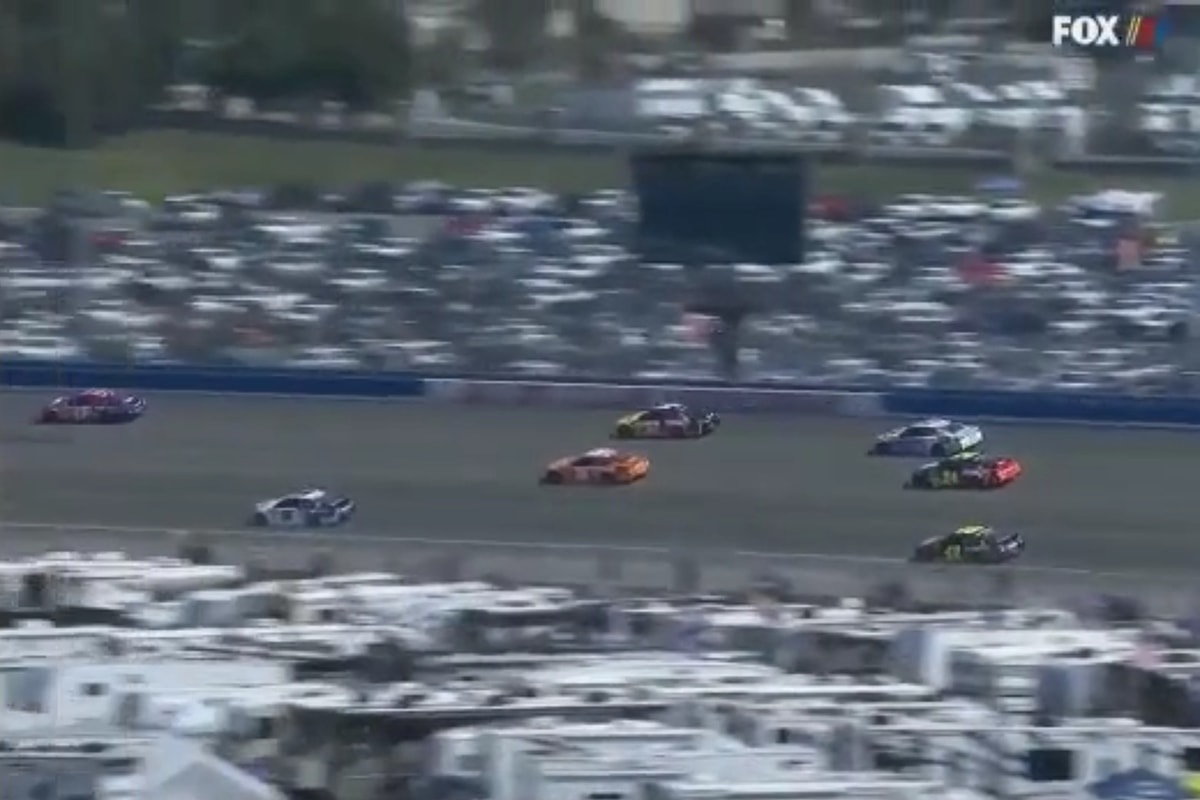 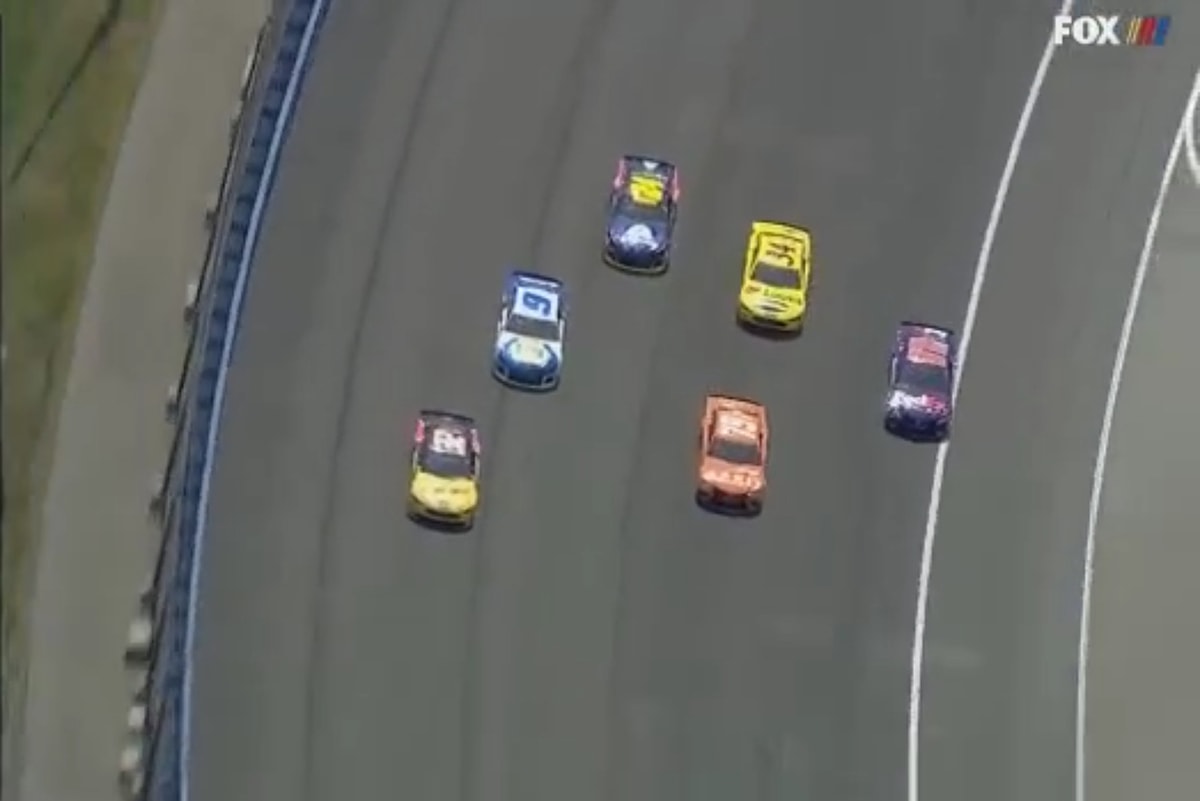 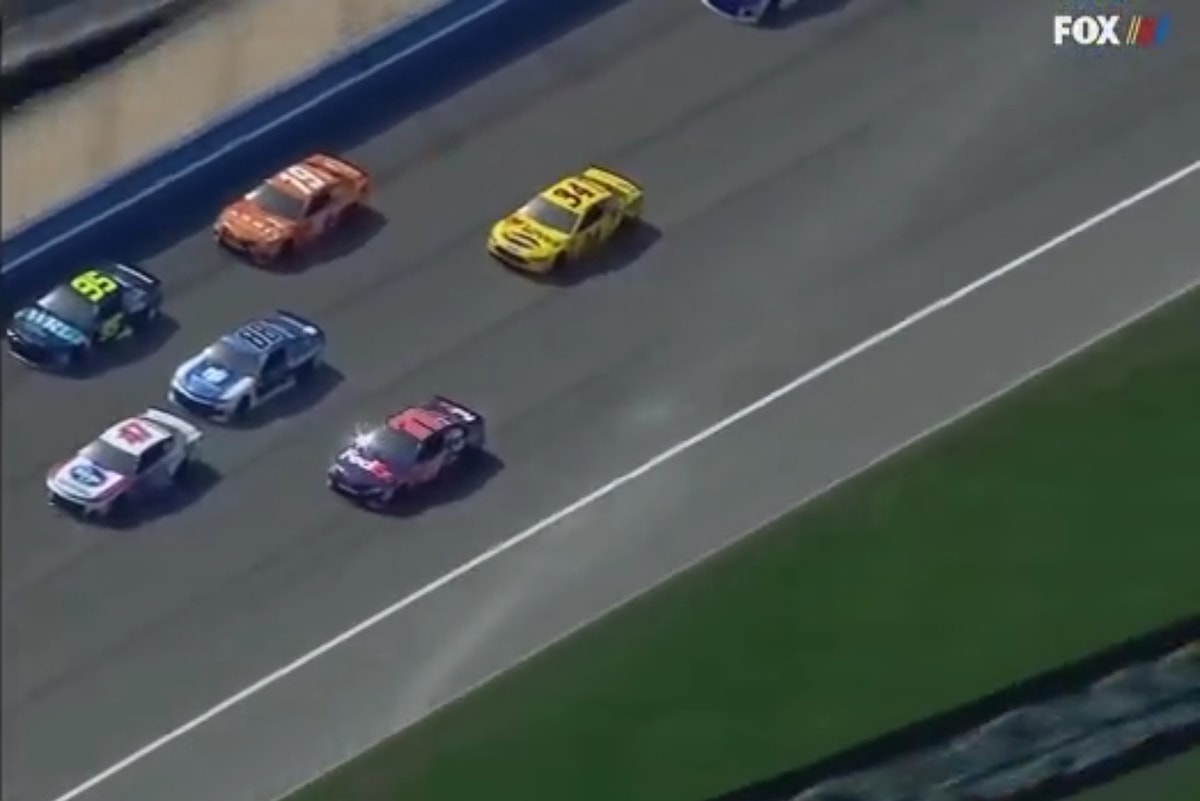 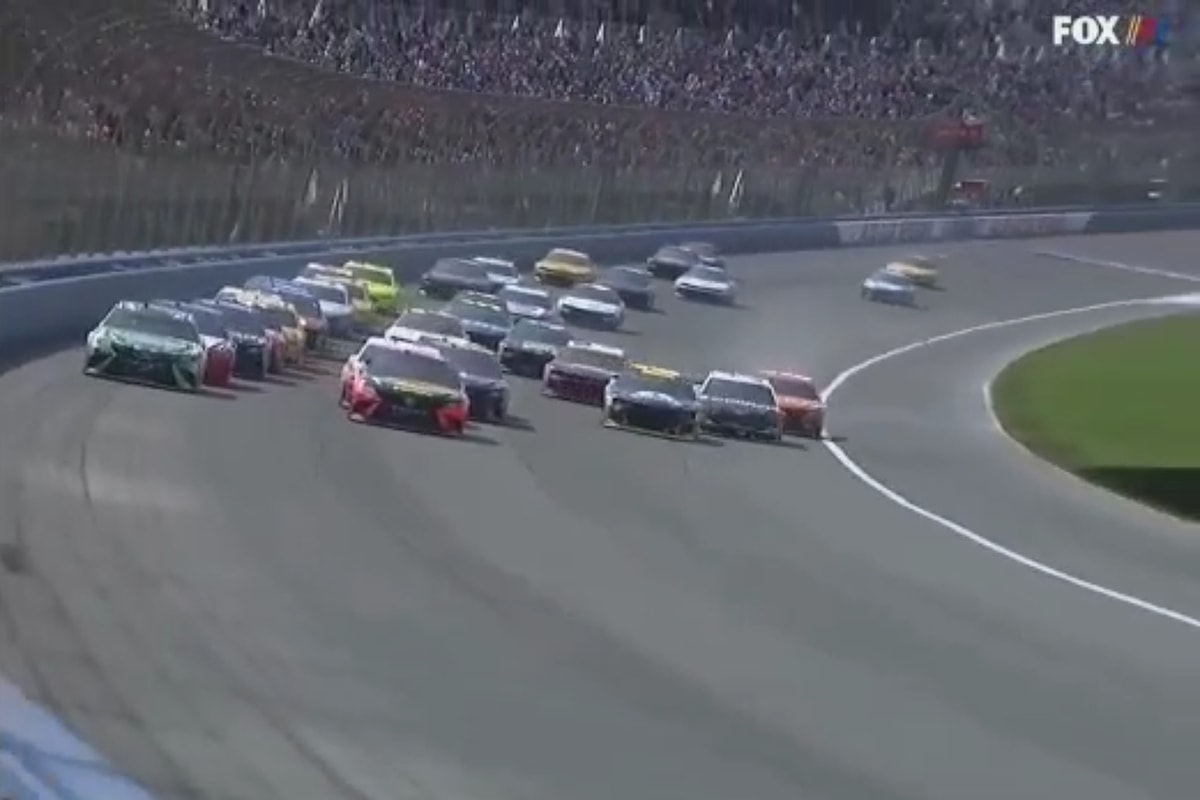 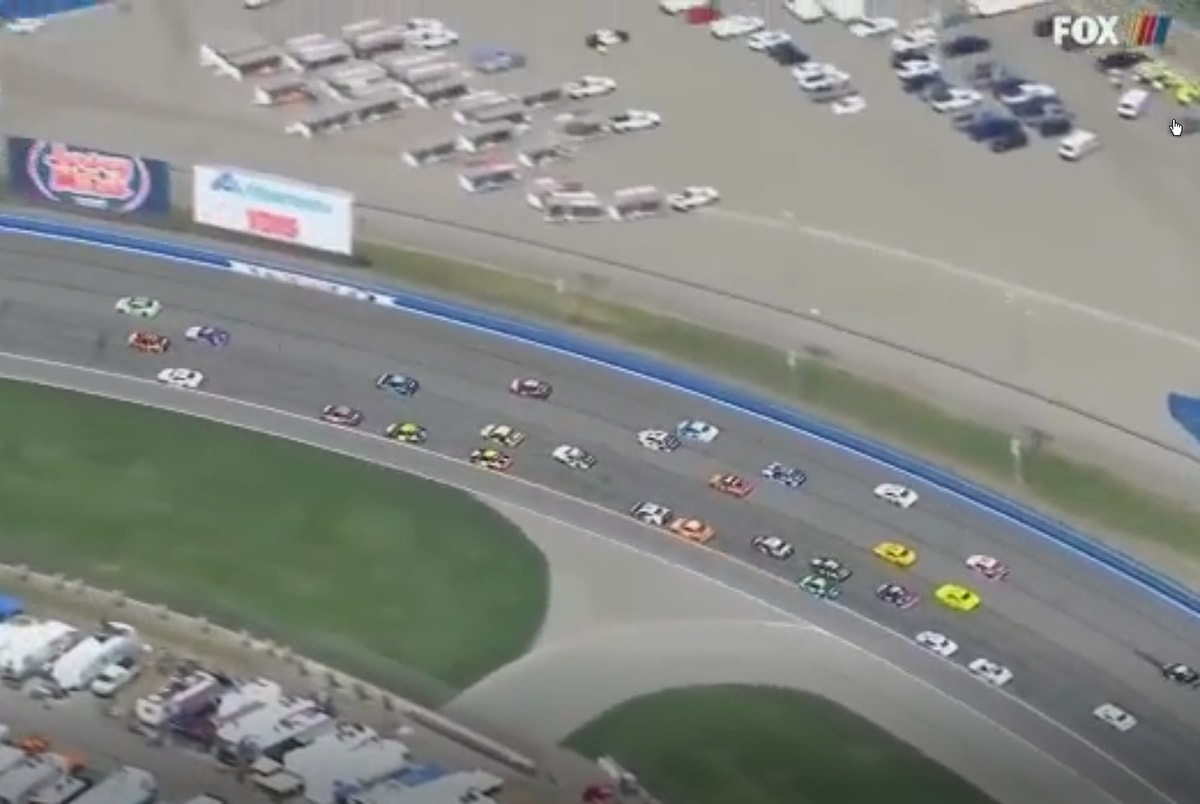 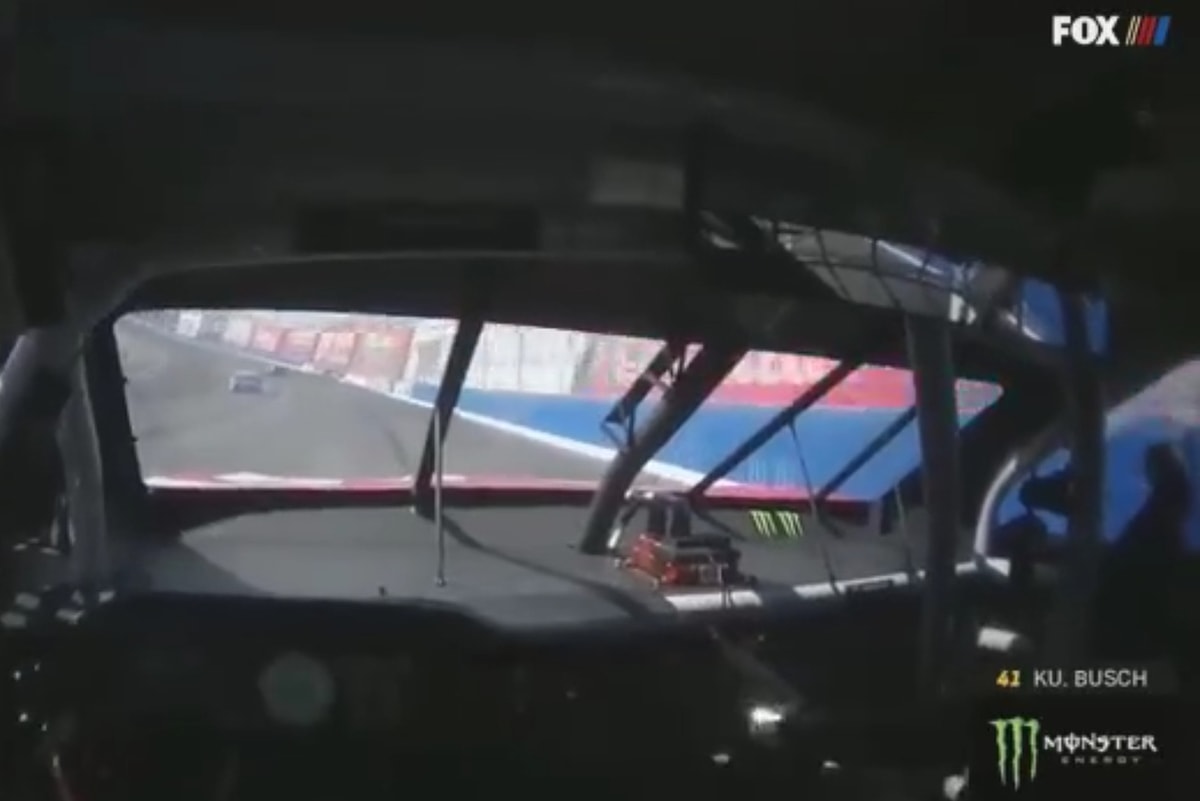 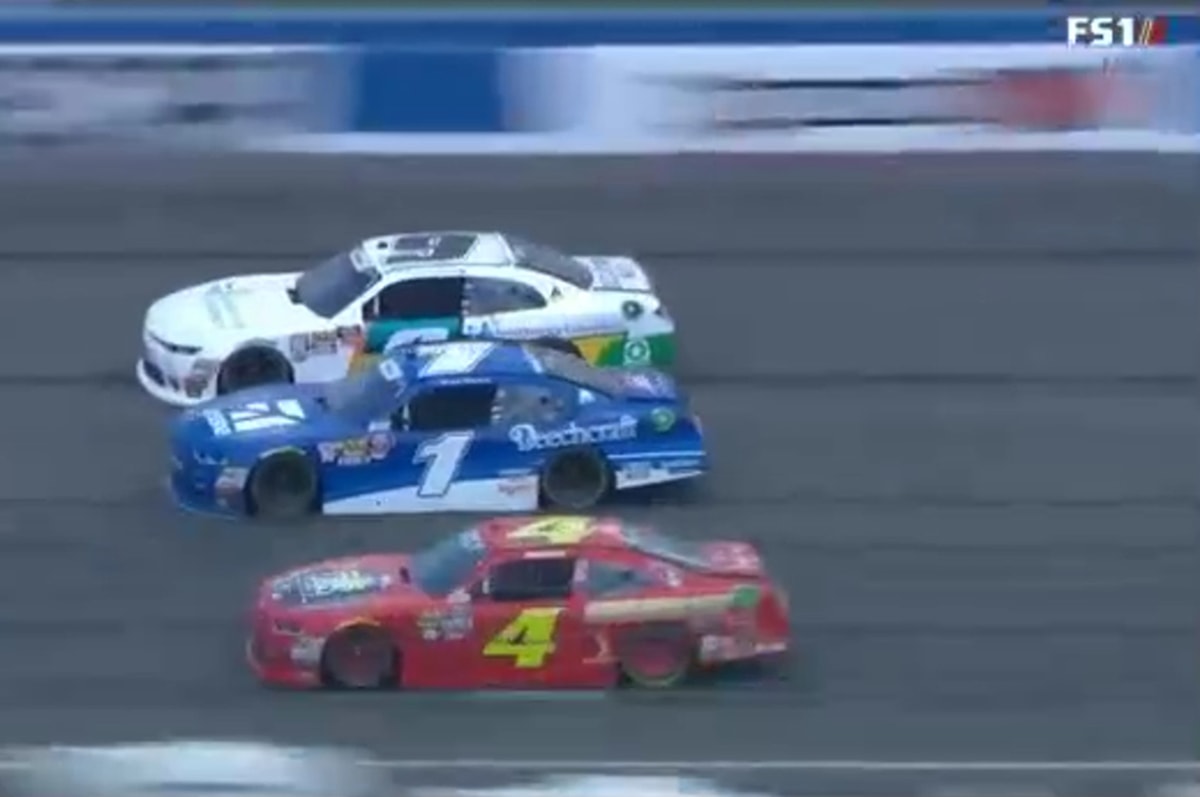 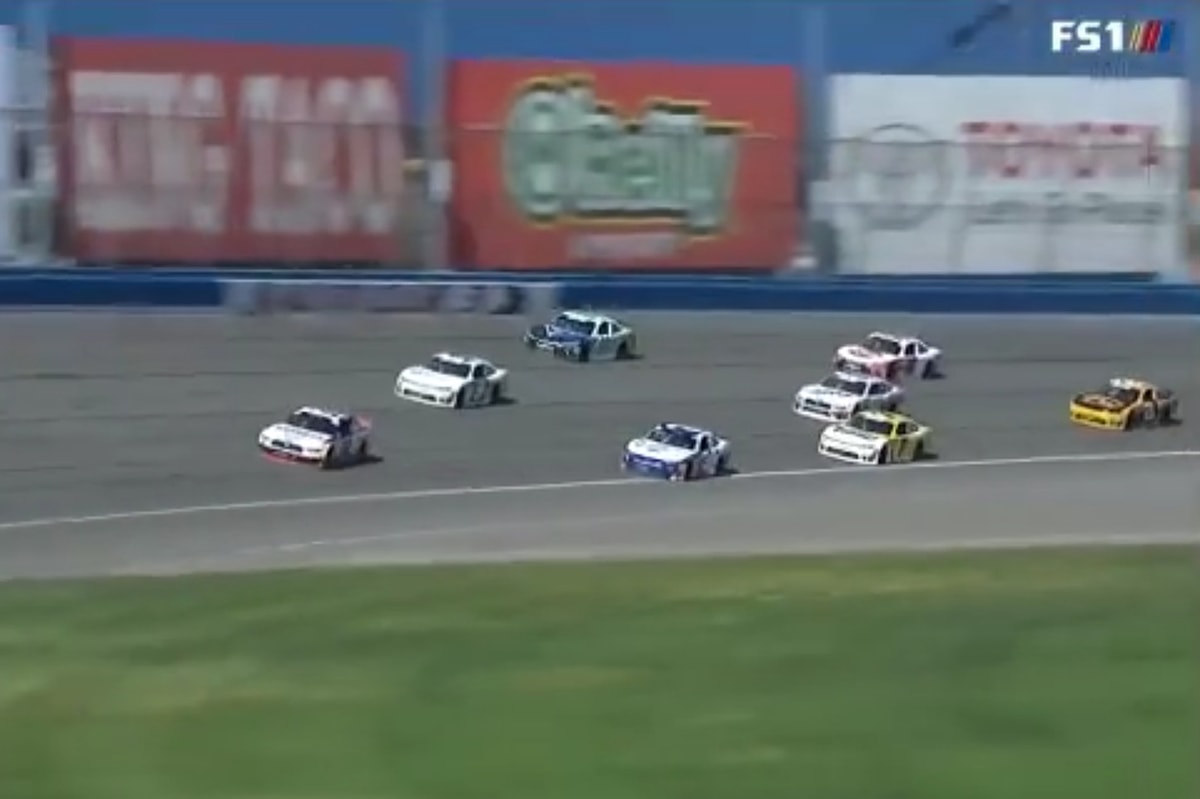 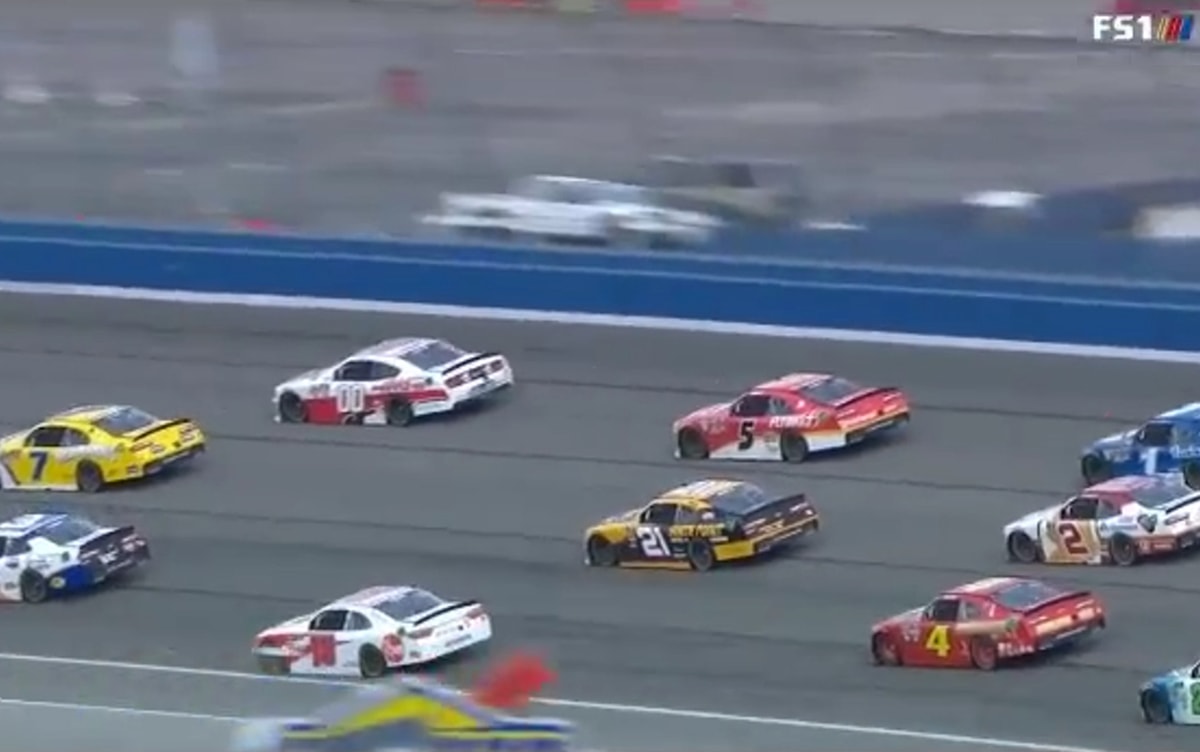 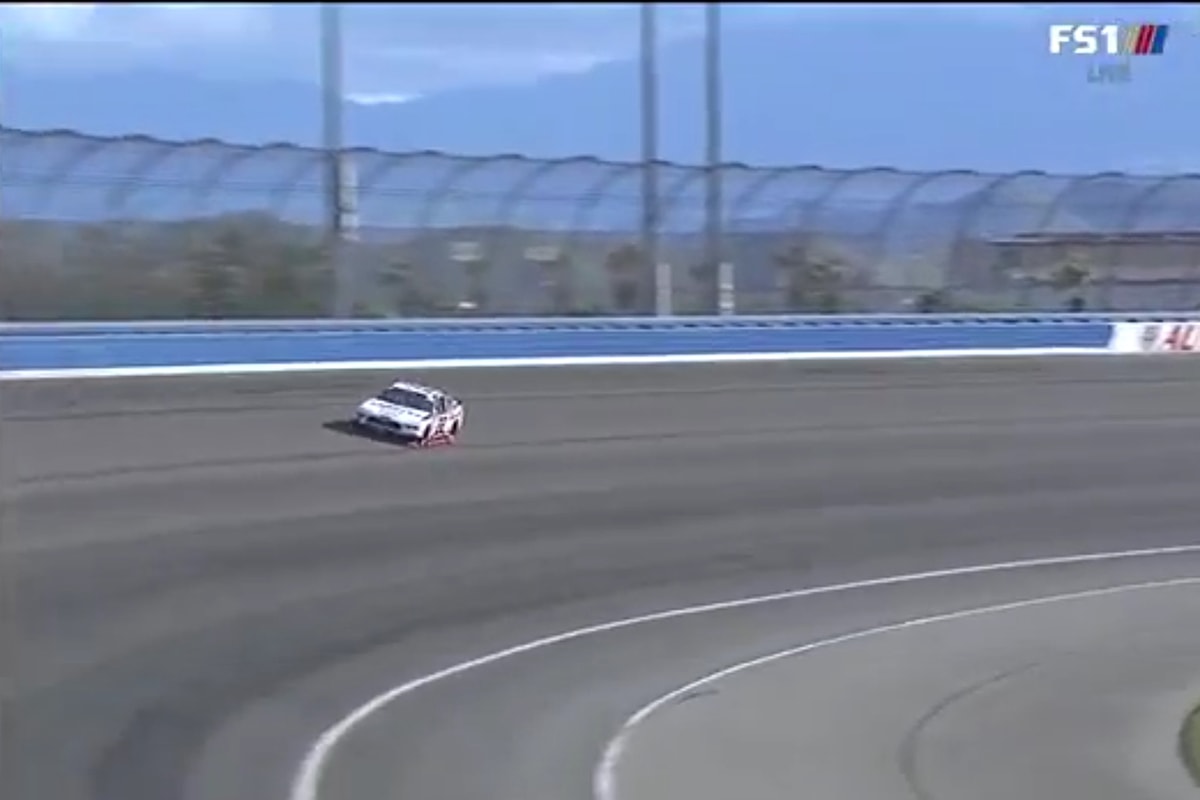 (Updated at 4:30 pm to include penalties from last week's races)

NASCAR’s two top touring series visited California’s Auto Club Speedway in Fontana this weekend and fans were treated to two exciting races, although both races had a dominant driver. Joey Logano cruised to an easy victory in the XFINTITY Series race on Saturday while Martin Truex, Jr. dominated on Sunday.
The Number 22 Penske Racing Ford of Joey Logano was in a class of his own on Saturday, sweeping all three stages of the XFINITY race handily. Logano made it interesting by pitting during a caution with 30 to go. Within four laps Joey had worked his way from around 20th back to third. Two more laps saw him comfortably in first place once again, and he never looked back.
JR Motorsports filled out the top three, with the Number 7 car of Justin Allgaier taking second and the Number 1 car of Elliot Sadler coming in third. These two gave the crowd an exciting show for the last few laps of the race, trading first and second back and forth. Logano’s win marks the first win at the California Speedway for Penske Racing and, unbelievably, the first California win ever for Ford.
Kevin Harvick in the Stewart-Haas Racing Ford Number 4 inexplicably turned left into the Chip Ganassi Racing Number 42 of Kyle Larson, bouncing him hard into the outside wall and ending his quest for four in a row in NASCAR’s top series. Martin Truex, Jr. drove his Number 78 Furniture Row Racing Toyota to a boring victory, sweeping all three stages and winning each by several seconds. Truex was in a different time zone when he finished, only leaving 10 cars on the lead lap.
The racing in the pack behind Truex was where the action was. As mentioned, Harvick and Larson provided some excitement early on while even those laps down kept battling for position throughout the race. Larson and co. were able to work on his car throughout the race and bring it back for a second place finish in the Monster Energy NASCAR Cup Series Auto Club 400. Kyle Busch drove his Number 18 Joe Gibbs Racing Toyota to a third place finish, which he whined about not being good enough after the race.
Although it was fairly obvious from early in both races that the victor was never in doubt, the rest of the field in both races made up for it with passing, side-drafting and “tradin’ paint” galore throughout both races. Saturday’s race had seven cautions, while Sunday’s race surprised the broadcast team by not ending in NASCAR overtime.
NASCAR leveled a few penalties at some of the drivers after Phoenix. NASCAR found that the Hendrick Number 9 team of Chase Elliot violated Section 20.14.2 of the Rule Book, which deals with the rear suspension. The infraction dealt with problems that were found after the race in the car’s trailing arm angles and pinion angle shims. The report states: “Truck trailing arm spacer/pinion angle shim surfaces must be in complete contact at all points, at all times.” Additional sideforce can be created when these are out of tolerance/spec.

Elliot’s team has been penalized 25 driver and owner points for the infraction. Similar to infractions for other drivers who have been previously reported, NASCAR chose to fine Elliot’s crew chief Allen Gustafson $50,000 and suspend his car chief Josh Kirk for two races.
Seven teams in all were penalized with fines after the Phoenix weekend for loose lug nuts. On the XFINTIY side, Joey Logano and Kyle Busch each had loose lug nuts, which resulted in $5000 fines for their crew chiefs, Brian Wilson for Logano and Eric Phillips for Busch. On the Cup side, the fine was bumped up to $10,000 for the guilty crew chiefs. These were:

Additionally, Brandon J. Lee and Wayne F. Kanter were suspended indefinitely due to “behavioral penalties.”
Back to Post
About Mike Aguilar 388 Articles
Mike's love of cars began in the early 1970's when his father started taking him to his Chevron service station. He's done pretty much everything in the automotive aftermarket from gas station island attendant, parts counter, mechanic, and new and used sales. Mike also has experience in the amateur ranks of many of racing's sanctioning bodies.