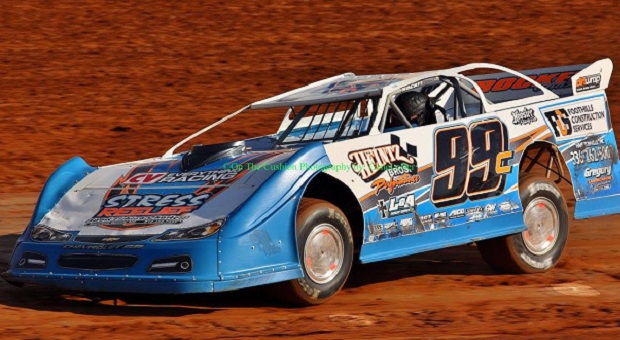 As the July 4th holiday approaches, there will be many race fans and weekend drivers alike who will be heading away to their favorite vacation spots to celebrate America’s freedom.  Fortunately, there are still those who will be celebrating in a truly down home American fashion: at the many dirt tracks all over the country.

One such driver is Behind The Wheel subject Chris Cheek, who is hoping to grab yet another winning checkered flag while watching the fireworks fly at Friendship Motor Speedway in Elkin, North Carolina.

Currently the SECA Late Model points leader at one of North Carolina’s oldest 4/10-mile dirt tracks,  veteran mud slinger Cheek has been turning heads in the dirt for over 10 years.

“I started racing modified 4-cylinders in 2002 at the now desolate Taylorsville Speedway, in Taylorsville, NC” said Cheek.  “Unlike some who grew up in this sport I got the itch while working with another modified driver and fellow weekend warrior named Sandy Martin.”

After assisting Martin with his success, Cheek decided it was time to take the wheel into his own hands.  “After working with Martin for one season, I was given the right opportunity to purchase my own 4-cylinder, which I took racing at what was once known as ‘The Bullring’ of Taylorsville,” said Cheek.

Two successful seasons competing in the 4-cylinder class, continued to give Cheek another itch that he just had to scratch.  “Like many drivers who are just starting out, after racing 4-cylinders for a while I decided that I was ready to drive something with a bit more power,” said Cheek.

The rising wheel man got his chance to fuel his need for power and speed while competing in the Limited Sportsman division during his 2004 and 2005 race season.  “Driving in this series definitely gave me a chance to fuel my passion for what I really enjoyed doing outside of working in the dirt on my family’s farm,” said Cheek. 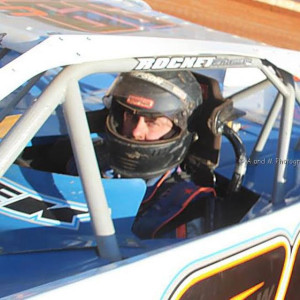 Although this farmer turned driver was fueling his passion every weekend that he could, after two additional seasons behind the wheel Cheek was once again ready to move up the dirt racing ladder.  “I began competing in the late model division at dirt tracks throughout North Carolina in 2006 and have continued to jump between limited late, super late or crate late model racing ever since,” said Cheek.

More speed and power was obviously what this now 35-year-old Hamptonville, NC native was called to handle as Cheek has racked up 40+ wins,  two points championships and is on his way to a third championship in the SECA Late Model division at what he now calls his hometrack of Friendship Motor Speedway.

Other than his time competing, where did Cheek find his hidden talent Behind The Wheel?  “It’s funny because I have learned a lot about what it takes to make a car go fast both on and off the track,” said Cheek.  “When I began racing I was also earning my Associate Degree in racing performance from Wilkes Community College with the hopes to someday be working with a NASCAR team,” said Cheek.

With a little hard work, his dream finally came true shortly after earning this degree.  “I had an opportunity to work for Kevin Harvick, Inc.’s Nationwide Series team prior to this team’s closing it’s doors,” said Cheek.

Although not choosing to continue to pursue a career on the NASCAR stage after his time at KHI, Cheek said that the knowledge he gained while working for this team definitely gave him a competitive edge with his own racing.  “I had the opportunity to work with and learn from a group of talented individuals who even gave me some pointers on how I could improve my performance in the dirt,” said Cheek.

While Cheek continues to race every weekend at his home track of Friendship Motor Speedway, he can’t help but admit that his favorite track is the Dirt Track at Charlotte Motor Speedway.  “This track is truly the ‘Big Show’,” said Cheek.  “It’s where you are truly on stage to show off your talent and prove that you have the winning car.”  Although Cheek’s No. 99 struggled at the last ‘Big Show’, he was able to qualify within the top-10 out of 50 promising competitors, which ultimately led him to the SECA Late Model Feature during this season’s Outlaw Showdown.

“We work hard during the week on our farm and we remain just as committed to prepare our car to best represent the people who support us,” said Cheek.  “Experience has taught myself and my team a lot over our years of racing, but  our success would not be possible without this continued support.”

As Cheek continues his battle in the dirt, we at RacingJunk.com hope to be cheering on this busy and talented weekeend warrior/farmer/automotive instructor and brave volunteer firefighter to a third SECA late model championship at his hometrack in Elkin, NC in 2015.