RacingJunk News > News > An Intriguing Start to the 2018 INDYCAR Season 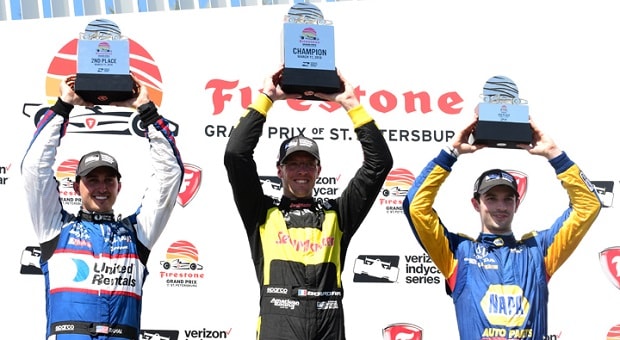 In many ways, Sunday’s Firestone Grand Prix of St Petersburg Verizon IndyCar Series season-starter was the portent of a new era. In other ways it was a reflection of the open-wheel category’s past and present.

Local resident Sebastien Bourdais won the race for a second consecutive year, after pole man and race leader Robert Wickens and pursuer Alexander Rossi tangled on the final restart of the 110-lap race. There were a total of eight caution periods, endemic of a long off-season that began in mid-September of last year and had combatants anxious to get underway.

There were many changes to the series in that long off-season.

INDYCAR has been using the same chassis since 2012, initially dubbed DW12 to memorialize Dan Wheldon, who’d done the bulk of testing for the new car prior to his death at Las Vegas in 2011. In 2015, engine manufacturers Chevrolet and Honda each produced their own aero kits for the chassis, and that competition showed the Bow-Tie brand had the upper hand, even as Honda managed to steal their thunder at Indianapolis three of the last four years.

The manufacturer-designed-and-built aero kit is now a thing of the past. This year there’s a new, spec aero kit that reduces rear downforce and makes the cars more difficult to drive; it also looks more like a proper racecar without the excessive rear wheel covers and various protrusions that were added to the chassis to help it remain earthbound.

The result of these changes – and minimal allowances for off-season testing – is that Sunday’s grid didn’t look “normal.” While Will Power earned the second starting spot, you’d have to go back to fifth and sixth to see other veterans, 2017 Indianapolis 500 winner Takuma Sato and 2014 Indy winner Ryan Hunter-Reay were the three veterans that made the Firestone Fast Six.

Wickens, Schmidt-Peterson Motorsports’ pole sitter who is considered a rookie, led a contingent of newcomers to the front of a 24-car field. Rookies Mattheus Leist (A.J. Foyt Racing) and Ed Carpenter Racing’s Jordan King started third and fourth. It was a topsy-turvy grid that started this contest and answered the question as to whether these cars would race well together. The answer is yes. 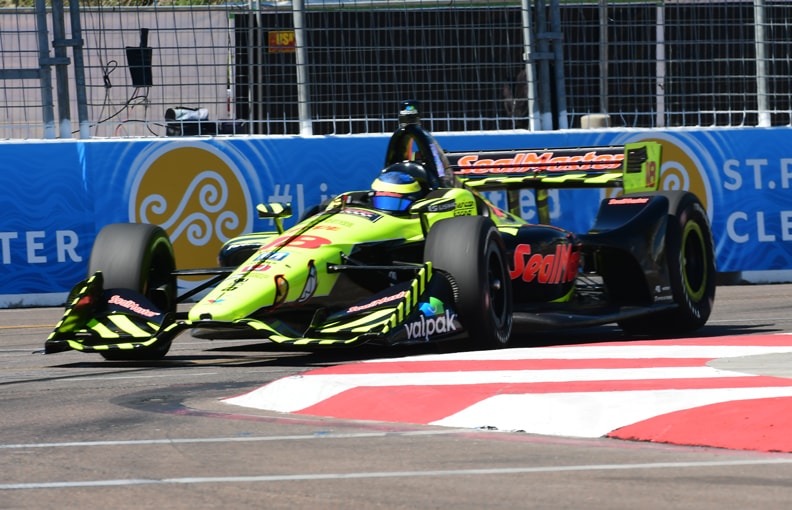 Everyone in the field was able to pass one another, none more than Graham Rahal, whose qualifying woes continued yet whose racing capabilities shown brightly as he brought his Honda-powered car from 24th to second behind Bourdais. There were 11 official lead swaps between five drivers (Wickens, Bourdais, Rossi, King and Hunter-Reay) and eight caution periods, the first coming after the initial race start on the third lap for Charlie Kimball’s hit of the T13 wall in his Chevy-powered race car.

Only four competitors failed to finish the 110-lap marathon and, for the most part the cautions were short-lived, the longest ones lasting four laps. The cars raced well, veterans and newcomers behaved well for the most part – only three penalties affected the finishing order (and two of them went to the usually correct Scott Dixon).

So on a street course, we now know the cars can race well and the corps of teams and drivers are pretty well situated for the upcoming 16 added contests. There’s testing ahead at permanent road course Barber Motorsports Park and on the Indianapolis Motor Speedway road course prior to the next contest on the ISM Raceway mile oval outside Phoenix, Arizona early next month. How well these cars race on the Phoenix oval is critical to the series; it can’t afford three less-than-competitive contests in the Valley of the Sun.

Another positive note is the amount of sponsorship attached to nearly all of those 24 cars. Where it used to be customary to see Sonny’s Barbecue or Boys Scouts of America on Dale Coyne cars, with the addition of co-owners Jimmy Vasser and James “Sully” Sullivan, the Coyne group now has new backing with SealMaster and many traditional supporters of the new co-owners.

There are many new commercial partners joining INDYCAR in support of both established and new teams, while traditional partners are remaining with the series. For the first time in a long time, it looks like America’s premier open-wheel series is healthy. And even though veteran four-time CART/Champ Car titleholder Bourdais earned his 37th victory, youth is being served, both on the grid and in the race results. 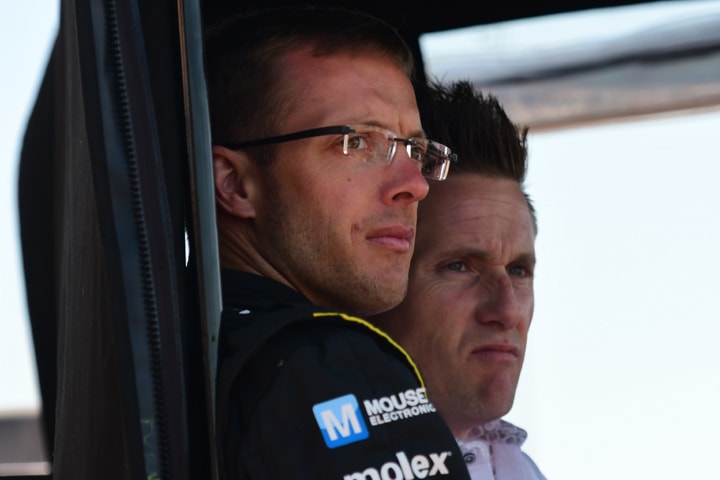 2 Comments on An Intriguing Start to the 2018 INDYCAR Season