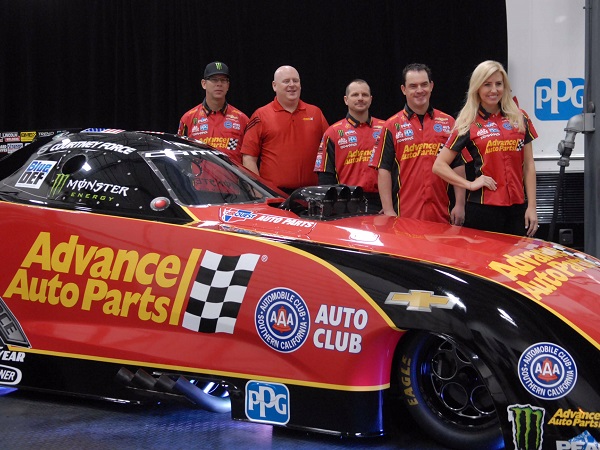 This morning at the PRI tradeshow, John Force Racing and Advance Auto Parts announced that Courtney Force would receive the automotive aftermarket part provider’s sponsorship. This multi-year sponsorship will start off with the 2017 NHRA Mello Yello Drag Racing Series season opener and cover the NHRA Funny Car driver throughout the season.

“I am thrilled to be driving the Advance Auto Parts Chevrolet Camaro SS Funny Car starting in 2017,” said Courtney Force. “Last season, we made some big strides toward our first championship and I am very confident in my team led by my crew chiefs, Dan Hood and Ronnie Thompson, and that next season can be even better. I love the look of this red, yellow and black Camaro and I can’t wait to get it into the winner’s circle.” 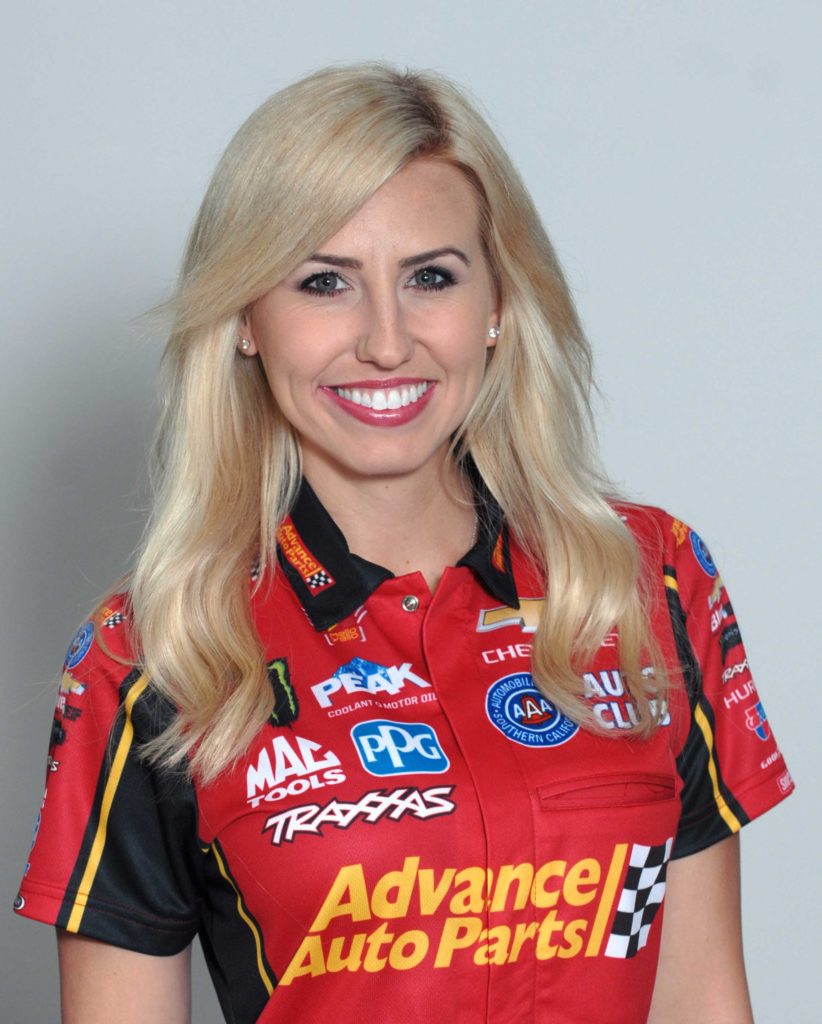 Last year, Advance Auto Parts sponsored John Force for several events, including the NHRA Carolina Nationals at the dawn of the 2016 Countdown. Now this sponsorship relationship will expand to include the 16-time NHRA Funny Car world champion’s daughter as well.

“This is a real business-to-business deal for John Force Racing. We expanded our relationship with PEAK at the beginning of last season and we ran the Advance Auto Parts Funny Car a couple times,” said John Force. “The opportunity came to grow the deal and they were interested in Courtney so it was a perfect match. We are excited to work with Sponsorship Integrated Manager Matt Davis and his team at Advance to help them grow their business across all their stores. I have done shows with Advance Auto Parts in the past and am looking forward to working with them again.”

“We are proud to be partnering with Courtney Force and the John Force Racing team for the 2017 season and beyond,” said Walter Scott, Chief Marketing Officer for Advance Auto Parts. “After working with John and the team last year through our partnership with PEAK, we got to know Courtney and felt she would be a great ambassador for our company.  Our team members and customers love NHRA drag racing and we can’t wait to see the Advance Auto Parts Funny Car on the track in 2017.” 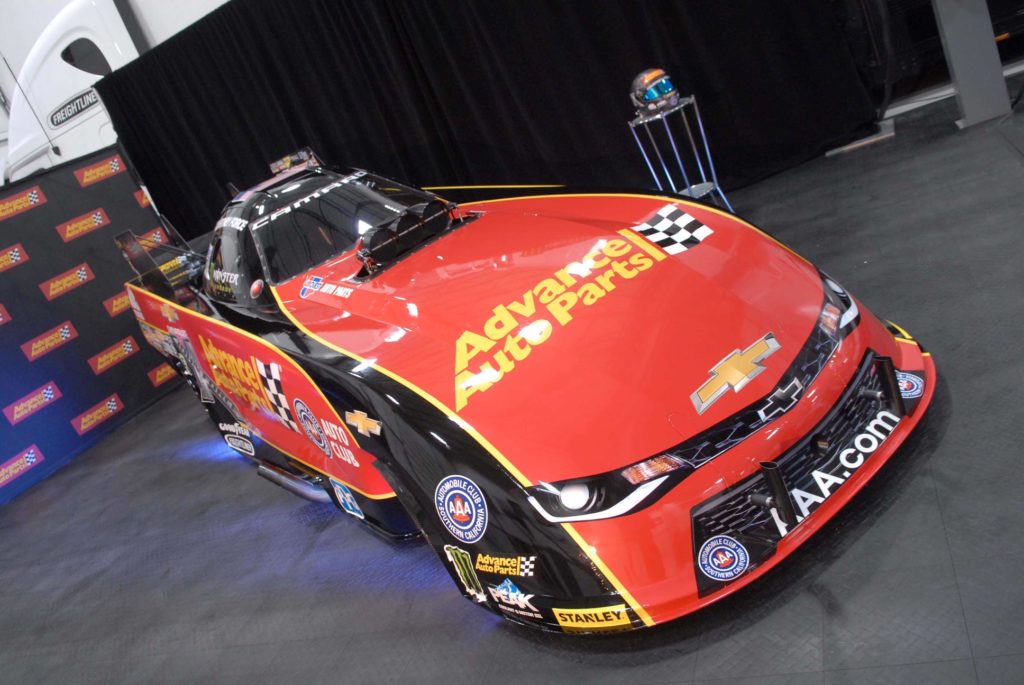