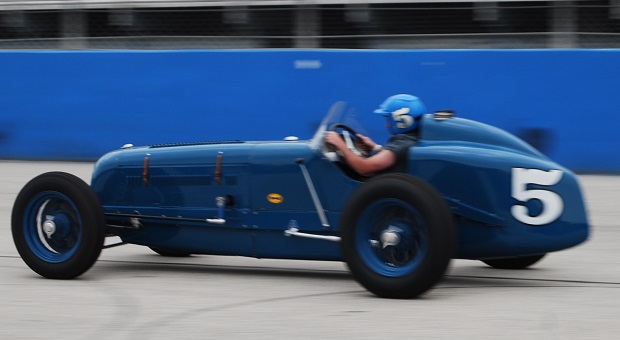 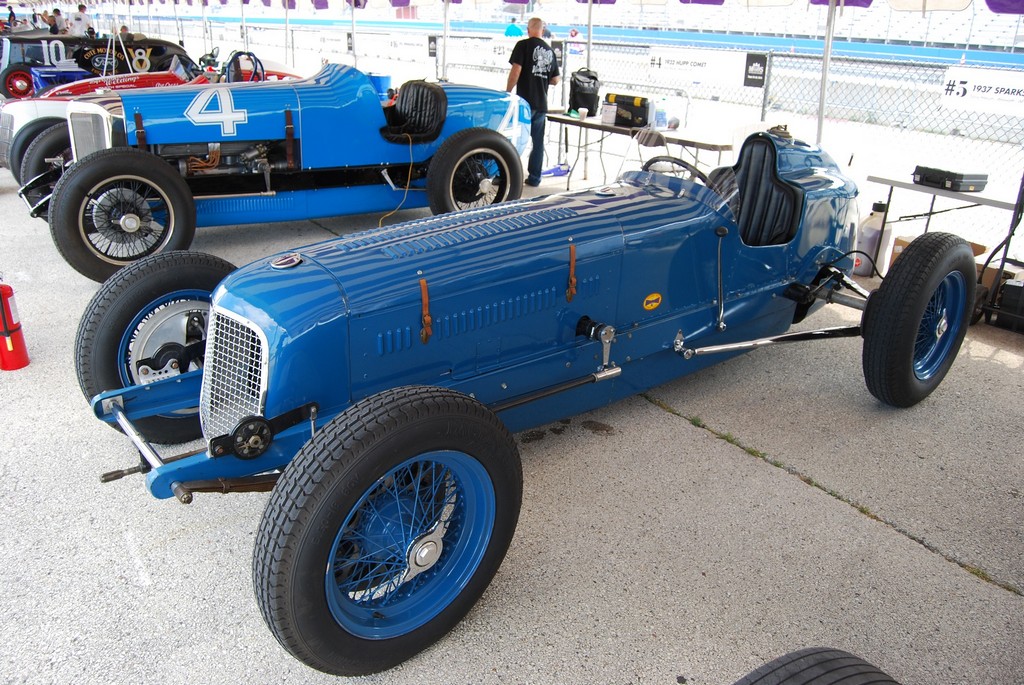 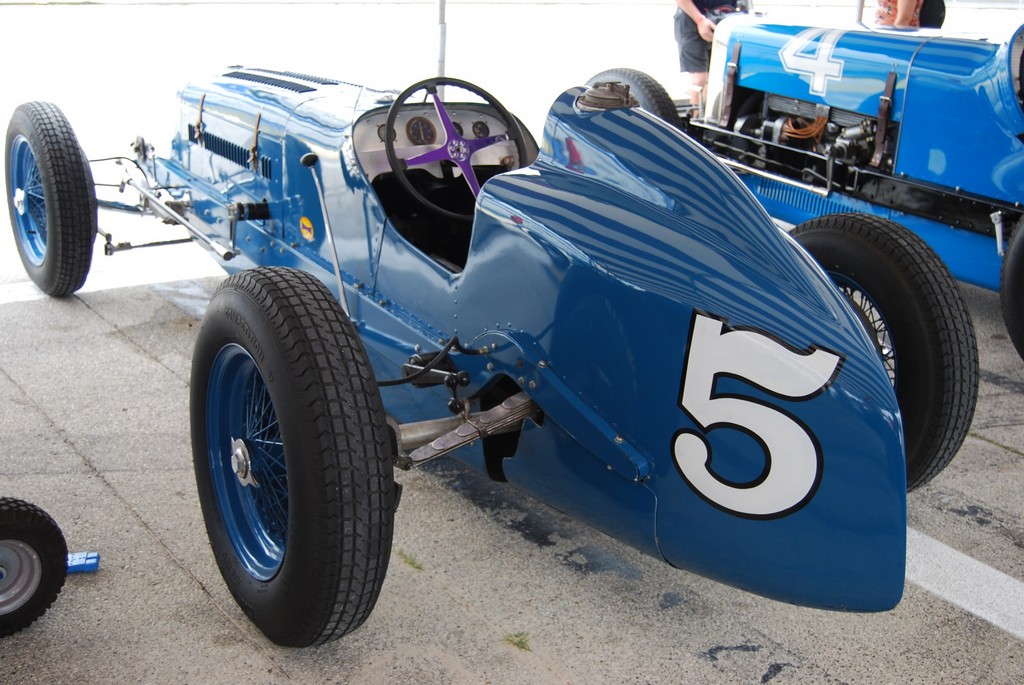 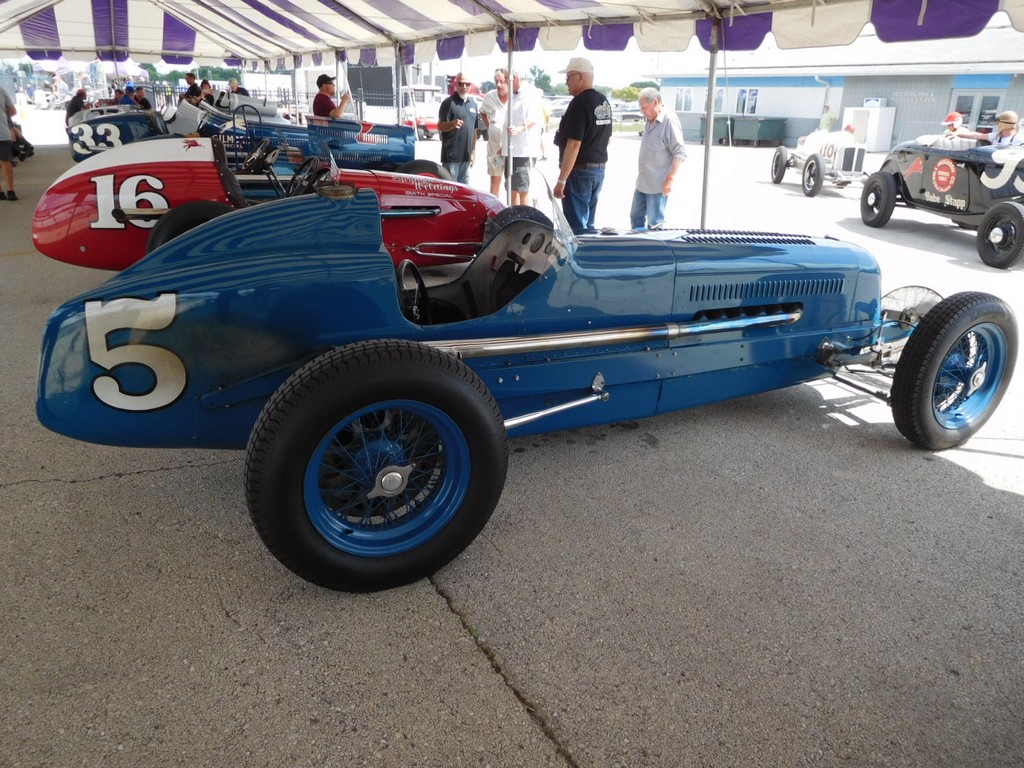 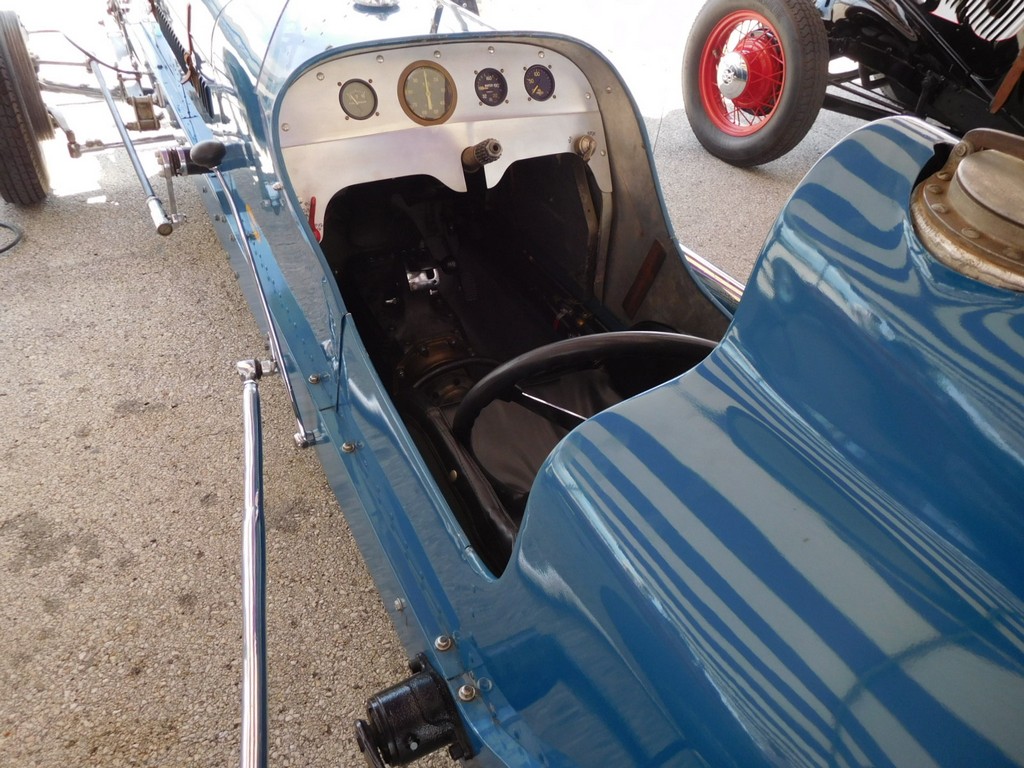 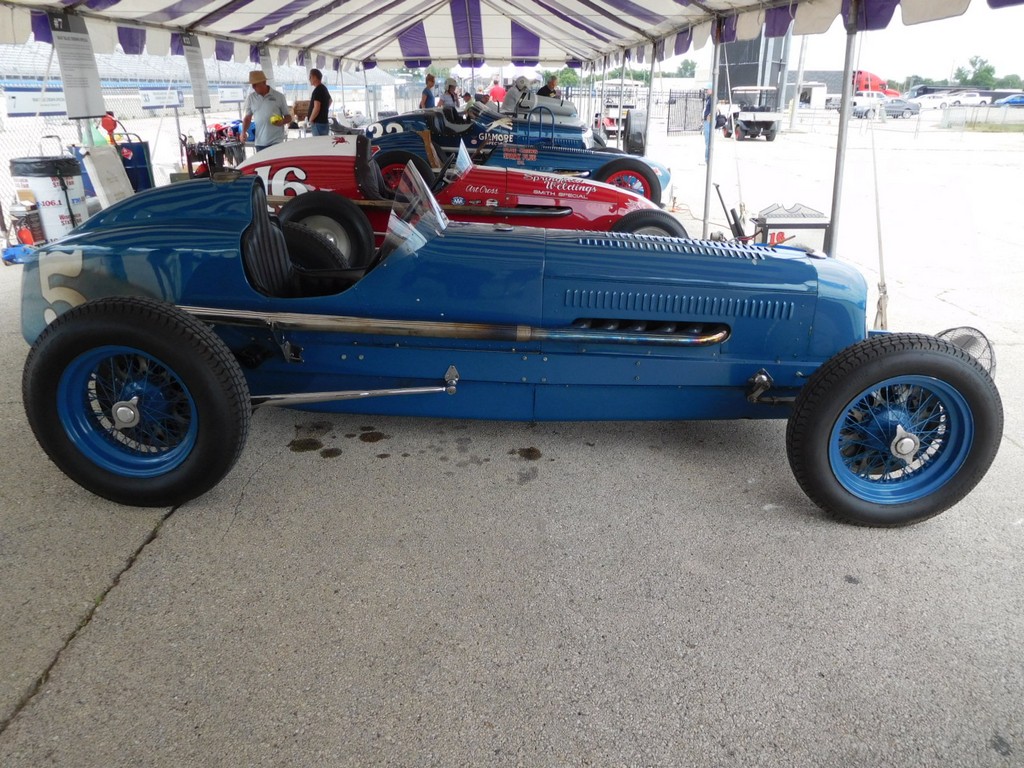 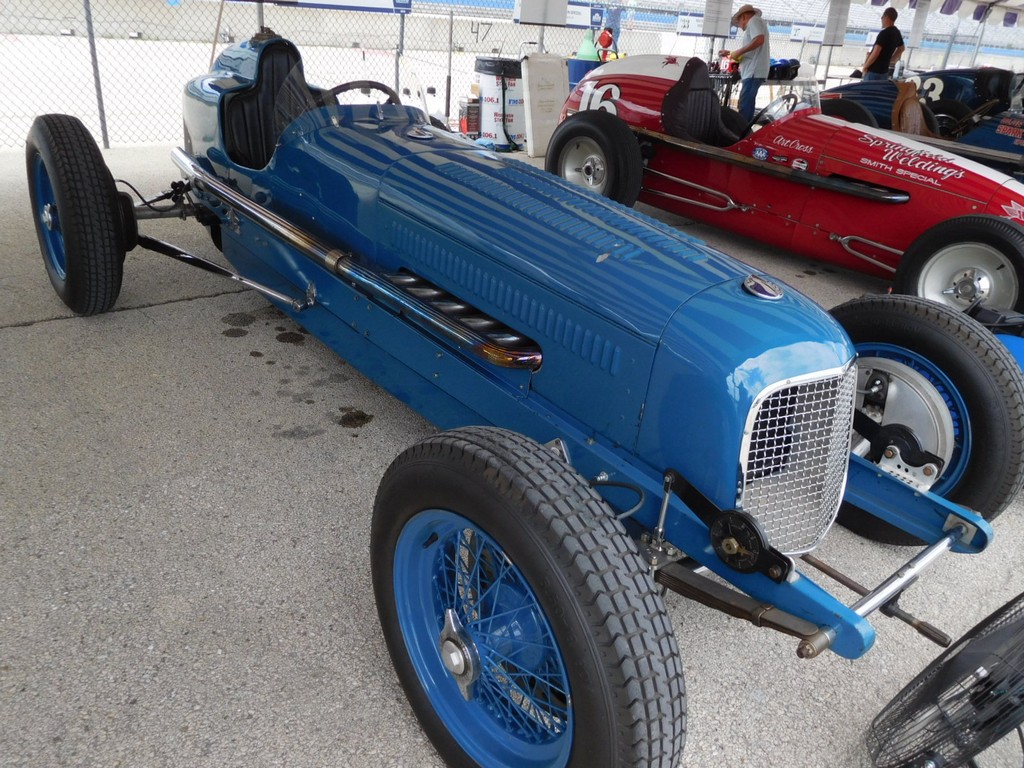 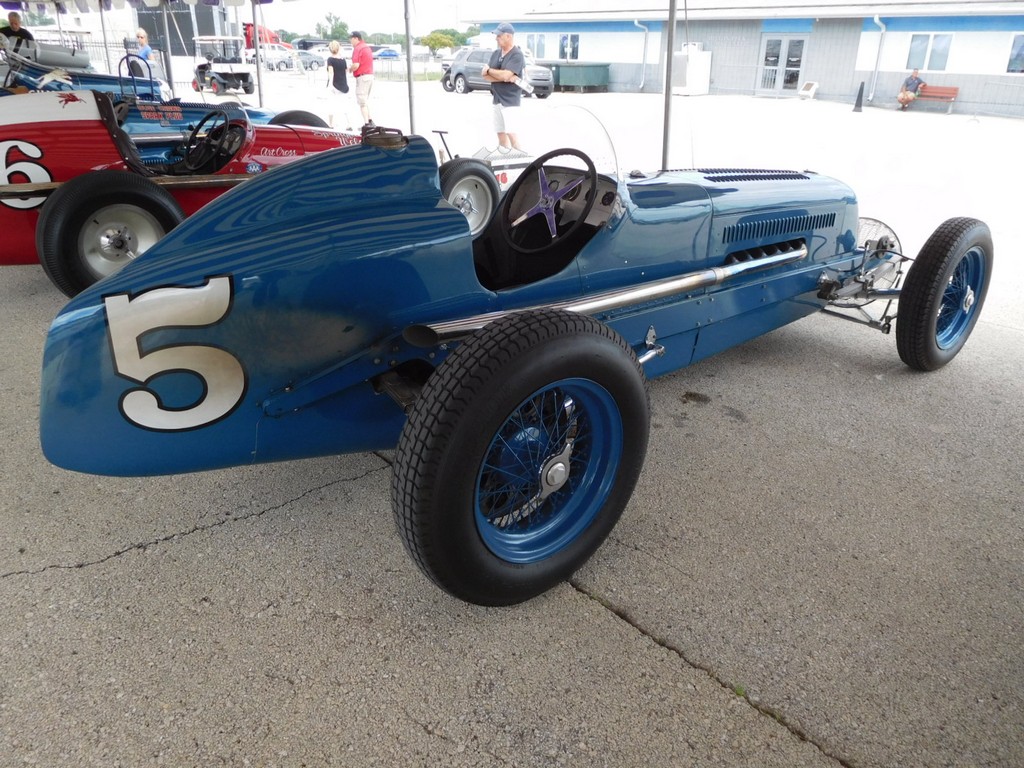 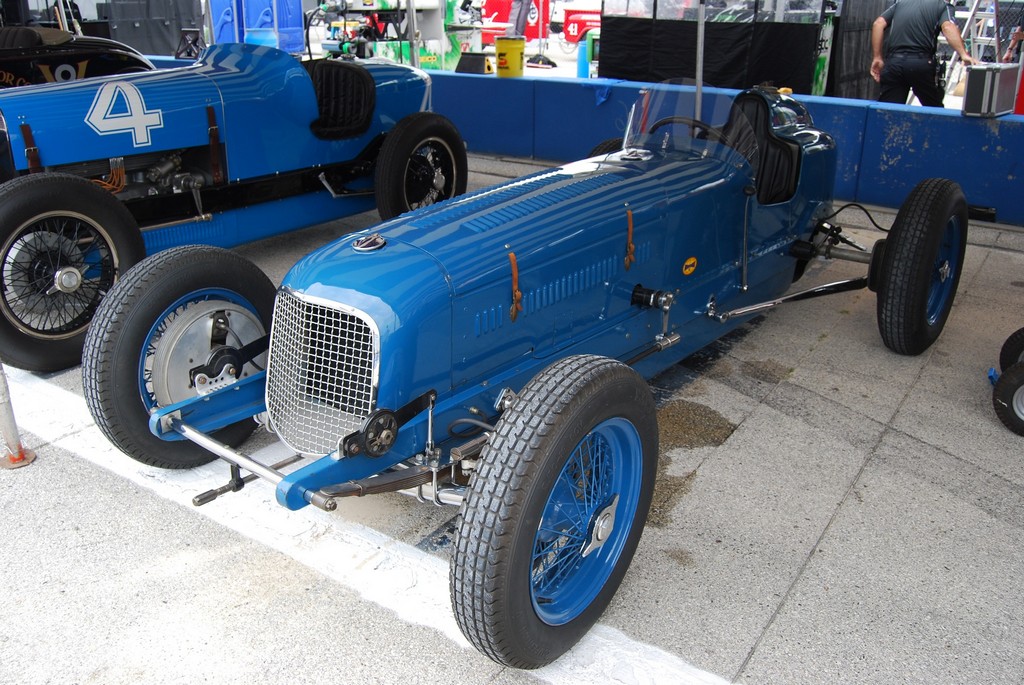 Hollywood stunt man Art Sparks was no stranger to automotive excitement and was therefore attracted into the sport of auto racing. Sparks was also a machinist and engineer of sorts, skills that came in handy for turning old Model T Fords into cars he could race. After a scary crash in 1927, Sparks decided to turn in his helmet and goggles and start building racing cars.

By the early ‘30s he had hooked up with Paul Weirick to construct cars that racked up win after win on the West Coast. The two men were in to win; their first car had blue-finished Clyde Adams’ sheet metal, a 200-cid 16-valve Miller four-cylinder Miller engine and brakes on all four corners. Their second machine was a streamlined 150-hp speedster that Stubby Stublefield drove. It competed in the Indianapolis 500 in 1932. Their third car - the Lionhead Special - took the 1933 Pacific Coast championship. Another of the duo’s builds was a car with a two-valve hemi engine called “Poison Lil.”

Sparks and Weirick split up in 1935 and Sparks wound up with $8,500 cash, which he invested in a new supercharged DOHC Indy car with a 336-cid “Big Six” that soon ate up all his money and then some. At Indy, Bill Cummings put the car in pole position averaging 123.455 mph. In the race, the car passed everyone and led after three laps. It lasted 27 laps until the stock Buick valve springs failed. Sparks was left just about bankrupt. Joel Thorne - a wealthy heir to a $37 million fortune - offered to buy the car. Thorne had three cars entered in the 1937 Indy 500 and wanted to add Spark’s Big Six. Sparks got $12,000 and an offer to run Thorn Engineering, Inc, a company that built race cars and engines. Sparks took the job and went to work for Thorne for a while.

In 1938, the AAA Contest Board - which ran the Indy 500 - decided to lower engine size limits. Under the new rules, supercharged engines could have a 3-liter size and non-supercharged could be as big as 4.5 liters. This made the Big Six obsolete. Thorne-Sparks began work on two Little Six race cars for 1938.

Thorne also drove it in one of the Carrera Panamericana road races in Mexico. Thorne was killed in a 1955 plane crash and mechanic 'Sonny' Bohman wound up with the car. It was later purchased by David Uihlein of Milwaukee, Wis., who started the Harry A. Miller Club. He had Joe Silnas restore it to the way it looked at Indy in 1939. In 2007, the car was entered in RM’s Monterey Sports & Classic Car Auction, where it sold for $121,000.
Back to Post
About John Gunnell 137 Articles
John “Gunner” Gunnell has been writing about cars since ‘72. As a kid in Staten Island, N.Y., he played with a tin Marx “Service Garage” loaded with toy vehicles, his favorite being a Hubley hot rod. In 2010, he opened Gunner’s Great Garage, in Manawa, Wis., a shop that helps enthusiasts restore cars. To no one’s surprise, he decorated 3G’s with tin gas stations and car toys. Gunner started writing for two car club magazines. In 1978, publisher Chet Krause hired him at Old Cars Weekly, where he worked from 1978-2008. Hot rodding legend LeRoi “Tex” Smith was his boss for a while. Gunner had no formal journalism training, but working at a weekly quickly taught him the trade. Over three decades, he’s met famous collectors, penned thousands of articles and written over 85 books. He lives in Iola, Wis., with his nine old cars, three trucks and seven motorcycles.