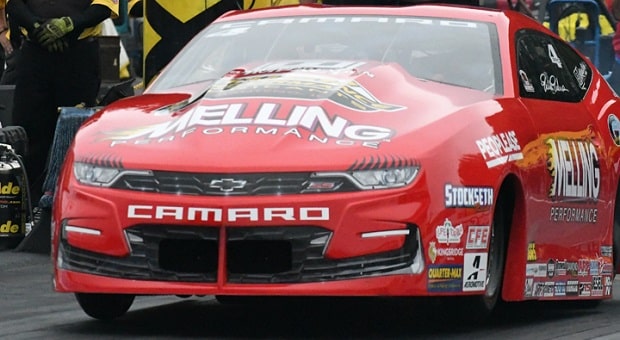 It looks like Pro Stock is going to go down to the wire in Pomona this year. After four races in the six-contest NHRA Mello Yello Countdown to the Championship playoffs, there remain seven drivers within 100 points of leader and two-time champion Erica Enders.

Enders should watch her rearview mirror. The Elite Motorsports driver has 2395 points in a resurgent season, leading Seattle winner Matt Hartford by 28 and teammate Jeg Coughlin Jr. by 65. Early round losses have moved KB Racing’s Jason Line to fourth, where he’s lagging by 68 points, while Deric Kramer has 2323 fifth place points, just 72 points behind Enders. 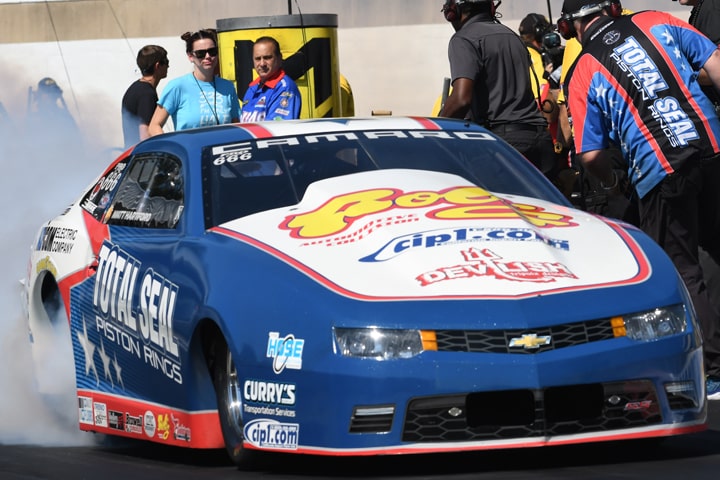 While 2017 champ Bo Butner looked exceptionally strong in the early part of Pro Stock’s 18-race season (the first time this class hasn’t raced the full, 24-contest campaign), he hasn’t shown sea legs in the Countdown and stands in sixth place, lagging by 74 points.

Sitting in seventh place is four-time champion Greg Anderson, who won the most recent race at Texas Motorplex on Sunday, earning his 94th Pro Stock win. He’s just 99 points behind Enders after defeating teammate Line, Enders, Kramer and Coughlin Jr., who is aiming to earn his sixth class title.

Theirs was the typical Pro Stock contest, with Anderson cutting 6.609 seconds at 209.75 mph to Coughlin’s 6.610 sec. at 207.56, giving Anderson his third win of the year after nearly sweeping the tough Western Swing. The Anderson vs Coughlin duel was their 102nd meeting overall and 21st final-round contest. 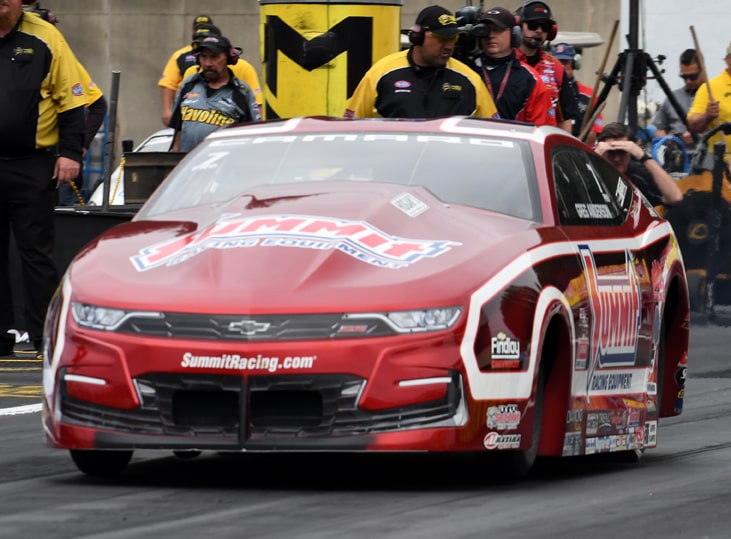 “We’ve had so many titanic clashes with so much on the line, and I knew it would be close,” Anderson said. After making some vital changes to his car between Charlotte a week earlier and Texas, “I knew coming into today we had a chance. I can’t tell you who’s going to win this thing because everybody right now can beat everybody else.”

That’s the way it is with Pro Stock, easily the most competitive professional class in NHRA racing despite, or maybe because, all the top competitors are driving Chevrolet Camaro racecars.

Coughlin Jr., after sitting sixth in the first three Countdown contests, made his own breaks in moving up to third by advancing to his 109th career final round. “We only left 21 points on the table: the 20 we could have added had we won and one extra point we didn’t earn in qualifying at the front of every qualifying session,” the weekend’s No. 1 qualifier said. 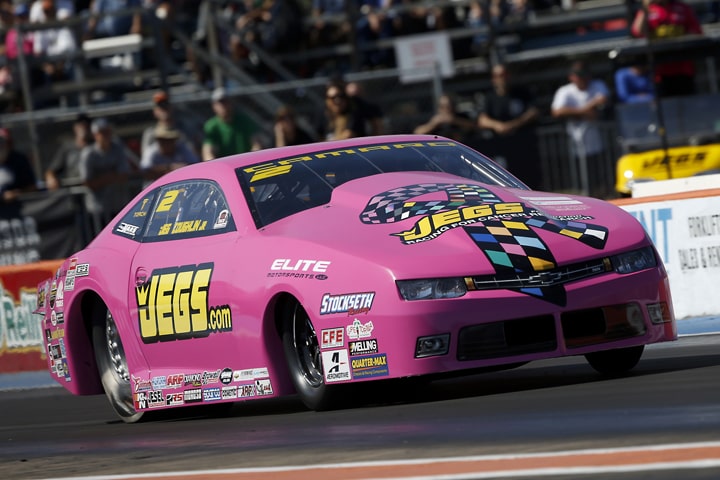 He had some help, with Enders falling to Anderson on a holeshot in the quarterfinals and Line’s loss to his teammate in the first round. But with the always dangerous Hartford and Kramer, as well as the competitive Line, these next two races should be filled with excitement.

All of these drivers have to see what happens in Sin City next weekend to start the month of November. Add to that the fact the season finale at Auto Club Raceway in Pomona pays points-and-a-half to all all comers, Pro Stock ought to be a last-lap win for someone. But who?