At every year’s SEMA show, Goodguys selects five varied vehicles, representing the very best of auto customization, to receive GOLD Awards. With an array of hundreds to from which to choose, selection isn’t easy, but in the end five truly exceptional autos won out.

One is Frank Howard’s 1956 Pontiac Star Chief, finally complete after years of work thanks to Customs by Kilkeary. Draped in a custom-mixed BASF Glasurit blue coat and riding high on gold-hued Evod 20×9- and 22×10-inch OE-inspired wheels, it features a host of subtly spectacular modifications, from a 7/8″ windshield chop to a hand-made rear bumper. A heavy car, it’s powered by an appropriately hefty Whipple-charged Don Hardy LSX V8z. The Pontiac’s regal appearance draws admiring looks anywhere the driver might choose to cruise.

Another selection brings a whole different attitude onto the show floor – Jimmy Shaw’s 1971 Maverick by Greening Auto Company. Street-legal, it nevertheless packs a 351 Windsor V8 beneath the hood, offering a surplus of speed to anyone brave enough to climb behind the wheel. Shaw, the owner, hopes to take it past the 200mph mark next autumn, and looking at this speedster’s specs, we have little doubt he’ll reach that goal handily. Custom race bucket seats featuring five point harnesses make it clear that wherever it’s driven, this is a car purpose-built to go fast. 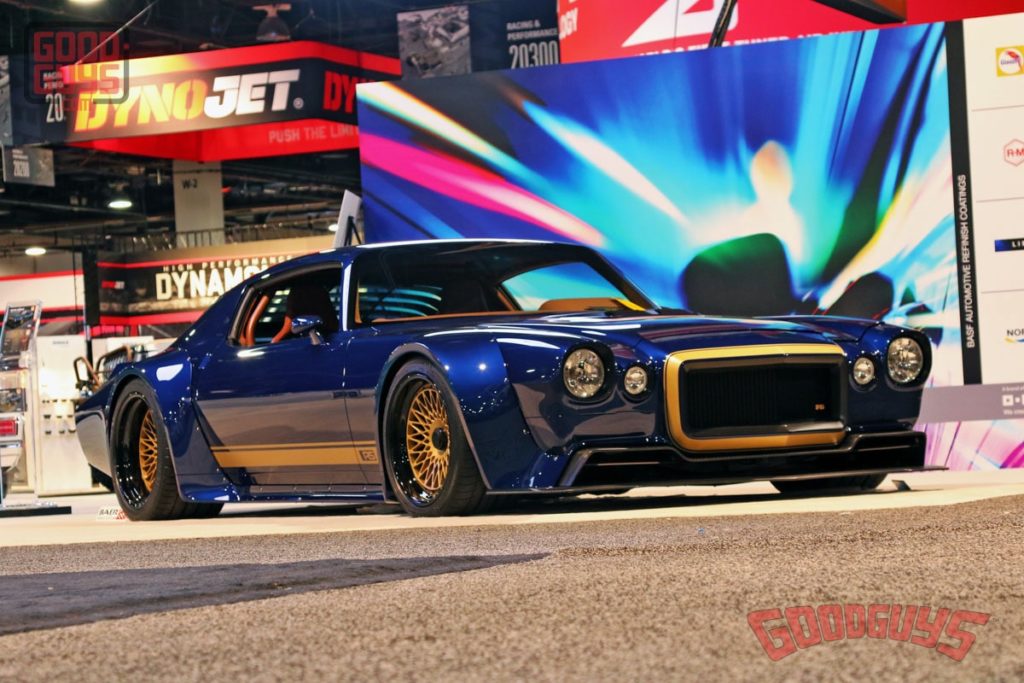 The next car is a pro-touring piece that’s been modified and tweaked from head to tail. Roadster Shop’s 1970 Camaro is aptly called “Road Rage,” and one look at its glowering stance and razor-sharp design tells you why. The body is swathed in BASF Glasurit Rage Blue paint with gold shooting in stripes along the sides and glinting from the wheels. It’s not all power, though; this Camaro can still claim the refinement common to all Roadster Shop’s amazing builds. 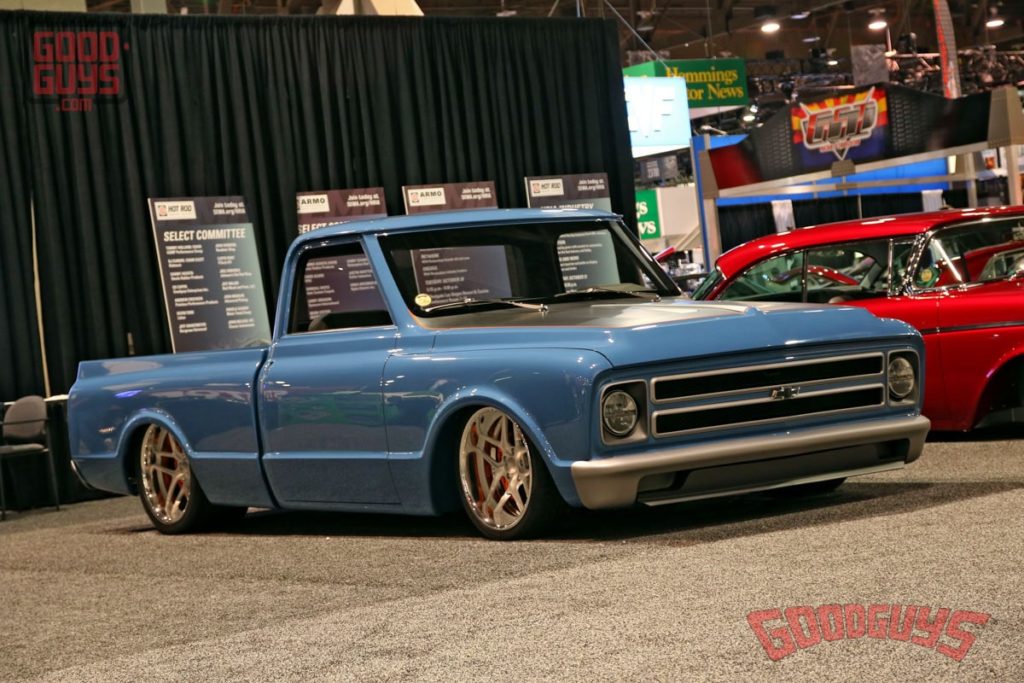 In contrast to the lengthy build process of the Pontiac Star Chief, Joseph White’s 1968 Chevy C10, by Creative Rod & Kustom, was finished in a few very busy months. With a truckload of custom touches, it’s a clean, slick pickup that should appeal to a wide variety of auto enthusiasts. A GM Performance LS3 engine paired with a Magnuson supercharger and supported by a 4L80E overdrive automatic gives it ample power, held safely in check by four-wheel Wilwood disc brakes. It boasts custom metalwork inside and out. 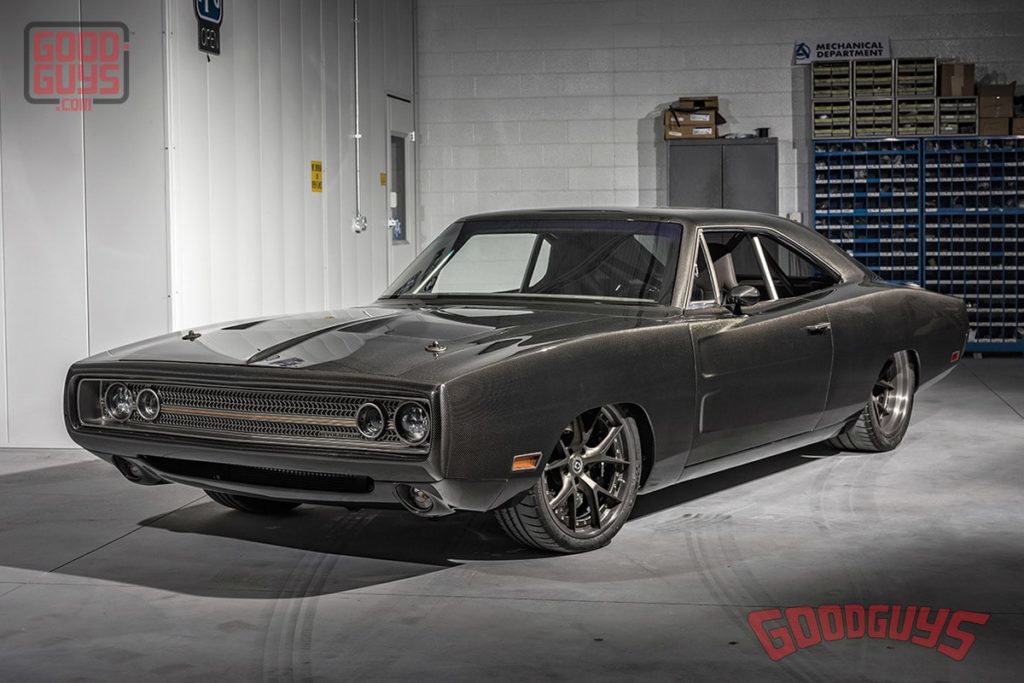 Finally, Matt Caruso’s 1970 Charger “Evolution” by SpeedKore Performance Group muscles its way into the award pool with a breathtaking full carbon body structure, CAD-designed SpeedKore frame and cage, Brembo brakes and a 6.2-liter supercharged Hemi SRT Demon engine, with custom tuning and modifications to boost its 840hp rating to a wild 966hp. A pistol-grip shifter and seats coddled in cigar-colored leather add some luxury to this striking build.