The 2017 NHRA season has come to a close, and if you need one word of reaction on the results – surprise! As the Countdown to the Championship began, predictions for who would be walking away with the latest World Championship looked very different than what ended up happening at this weekend’s Auto Club NHRA Finals. 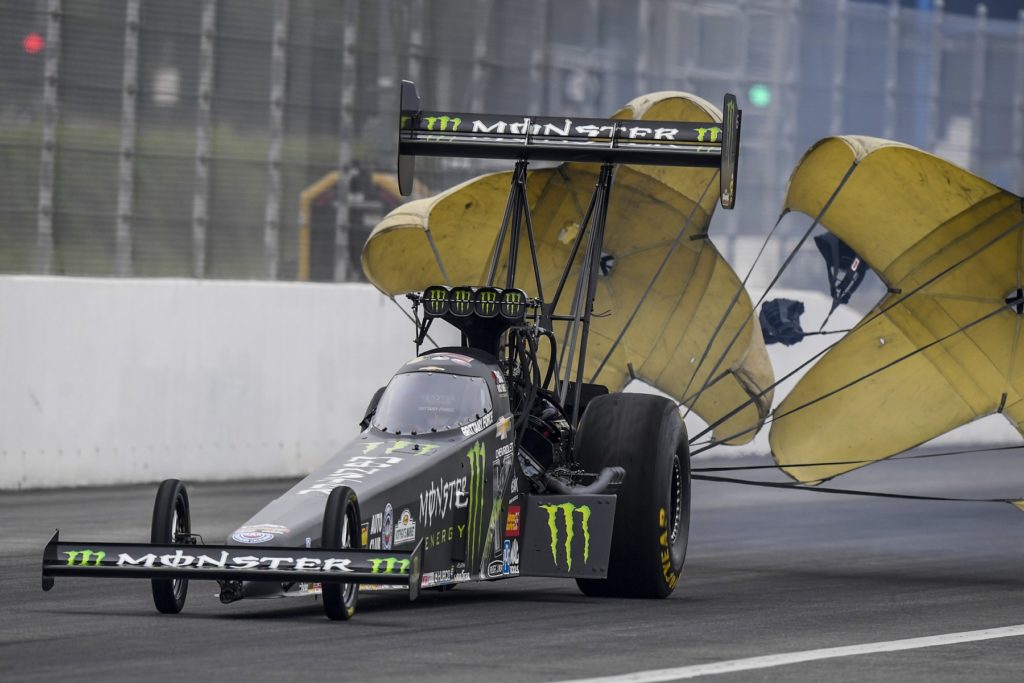 Following pre-championship weekend at Las Vegas, it appeared that the driver who dominated much of the season in the Top Fuel division would be crowned World Champion following the finals at Auto Club Raceway. While Torrence Racing’s own Steve Torrence led runner-up Brittany Force in the points battle going into this weekend’s race, Force would be the first John Force Racing driver of the weekend to leap ahead of the points leader for an impressive championship win.

After taking down Richie Crampton in the second round of action as well as all the other drivers who stood in her way with a set of 3.6s passes, Brittany Force wrapped up her first World Championship, as well as John Force Racing’s first Top Fuel Championship. 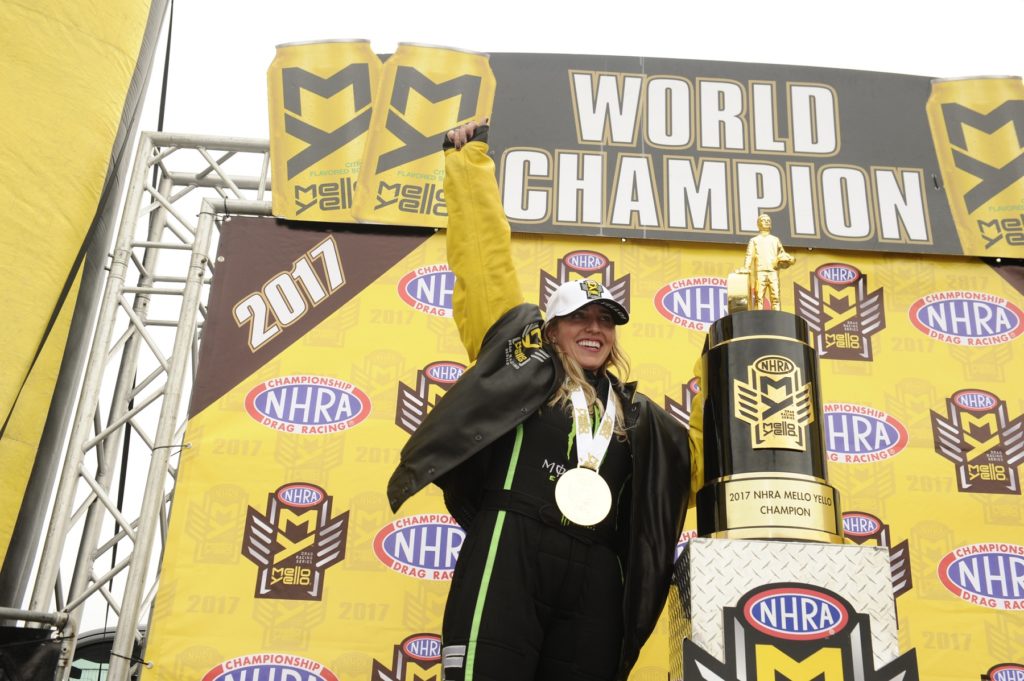 “I can’t believe we got here! It seems like a dream,” said Force. “Everyone at John Force Racing, as well as our supportive sponsors, are how we received this victory. Although we had our ups and downs this season, we pulled it together when it mattered most. I give all the credit to my crew chiefs, Alan Johnson and Brian Husen; they are the ones that made this possible. They always had my back and they kept pushing me, and that is what got us this championship.” 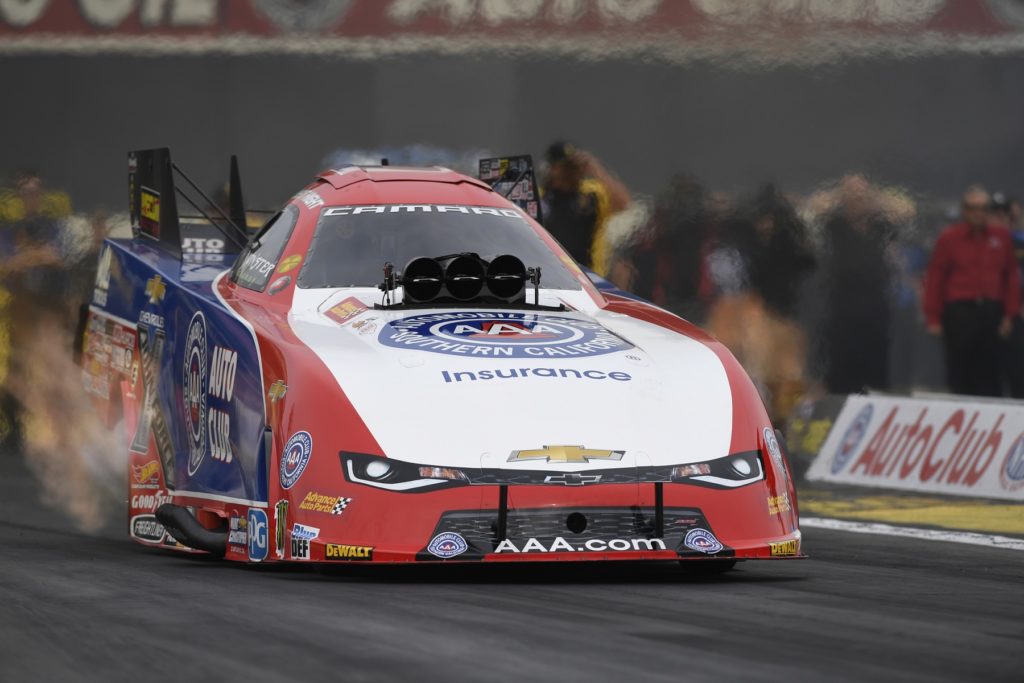 The daughter of famed Funny Car driver John Force wasn’t the only John Force Racing driver to pull off an impressive championship win at Auto Club Raceway. For the second time in his career, Robert Hight is a Mello Yello Funny Car champion. After a drama-filled weekend, where the 2010 champ qualified No. 15 in the final session, Hight earned the first-round victory he needed against Tim Wilkerson. Then he waited to see what defending champion Ron Capps did against Del Worsham. 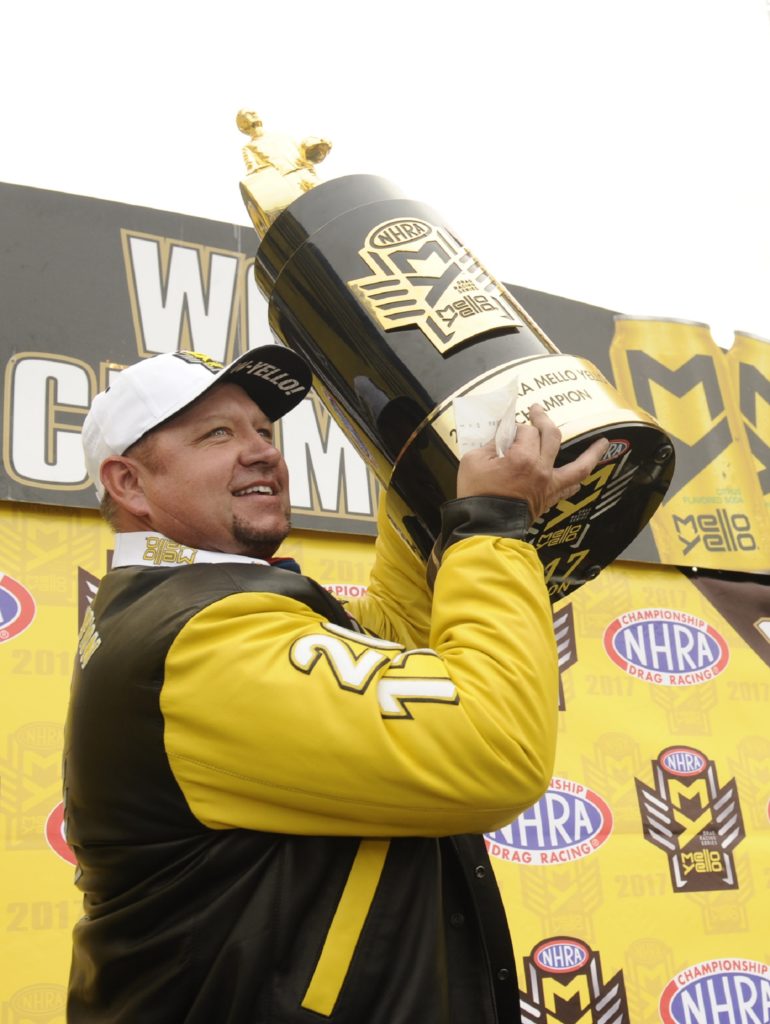 Thanks to dead cylinders in Ron Capps’ NAPA Auto Parts Funny Car, Del Worsham picked up the win, which also gave Hight his first championship in seven years. Hight entered the Auto Club NHRA Finals with a 15-point lead over Capps, but that had dropped to just eight points by the time race day rolled around after four disastrous qualifying sessions for the AAA Funny Car team. Crew chief Jimmy Prock managed to get the tune-up right in the first round, something he’s managed to do throughout the Countdown in his first season back with Hight.

“This is amazing and huge for John Force Racing,” said Hight. “We struggled for a few years. The Auto Club deserved better than what we were giving them, and Jimmy Prock made that happen, and so did Chris Cunningham. Ron Capps was an amazing champion, and he’s had a great season. They’re a great team over there.”

Hight has 41 career wins, four in 2017, and two in the Countdown to the Championship. He earned his first win of the season at the Mopar Mile-High NHRA Nationals, and since then has continued to turn heads with a commanding performance that has put him back on top going into the 2018 season. 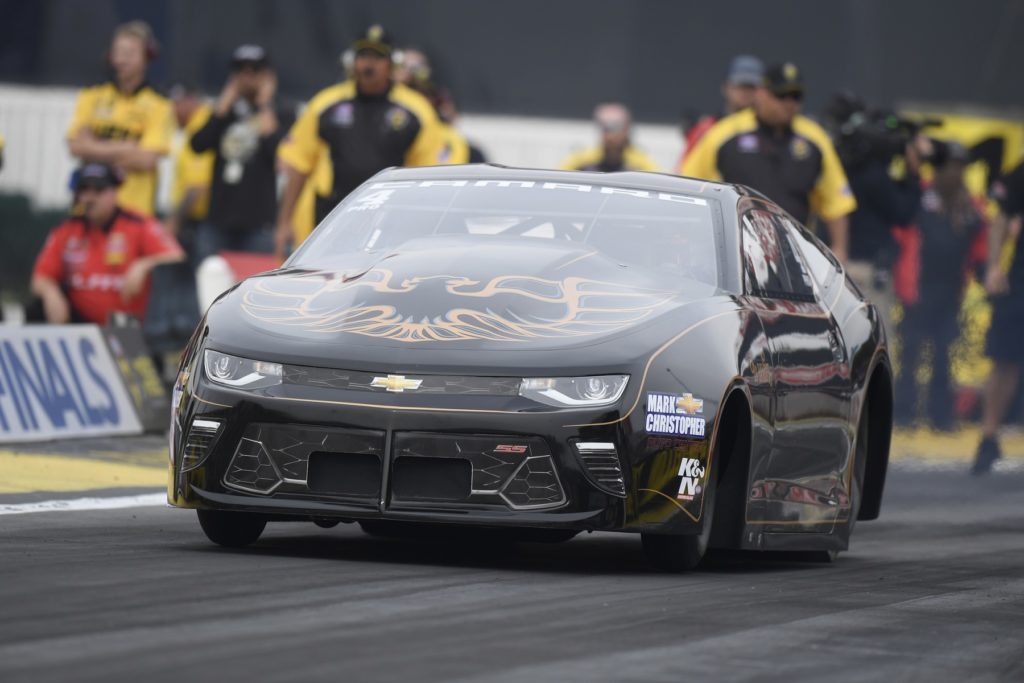 Yet another past champion missed out on his chance at a follow-up victory following the final race at Auto Club Raceway. Although K.B. Racing driver Bo Butner entered championship weekend 40 points behind teammate Greg Anderson, everything changeed after his Chevy Camaro took down Anderson in this weekend’s semifinals.

This race gave Butner a better shot at the 2017 Pro Stock Championship, but also set up a rematch against a rookie driver who defeated Butner at Las Vegas in the spring. Tanner Gray got the jump on Butner at the starting line again, but Butner made up for it down the strip to turn on the win light for the first time in five tries against the rookie, which kept Greg Anderson from earning his first title since 2010. 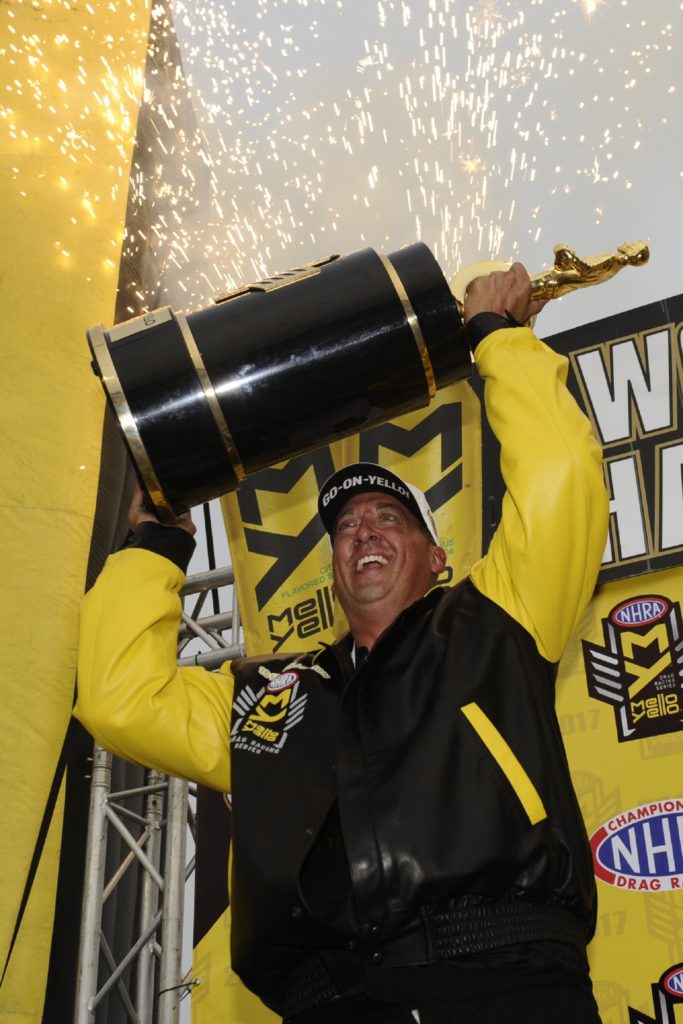 “Never give up; that is my advice,” said Butner. “That is what my KB Racing team did for me. I have an amazing crew who has given me an unbelievable opportunity to take home this championship. I also thank the Lord for everything he has shined on me.”

We at RacingJunk congratulate all the 2017 NHRA World Champions! Stay tuned to each of the developing stories going into the 2018 season.