Thrill seekers and automotive aficionados alike came out in droves to witness the Eighth Annual Winfield Awards at this year’s Syracuse Nationals. With $15,000, custom jackets and trophies awarded by master car customizer and builder Gene Winfield himself, men and women with a drop of motor oil in their veins would line up for their chance to show off their hard work and, weather permitting, they’d stand a good chance to impress the judges.

Fortunately, the guests were treated to good weather most of the weekend; only Friday’s proceedings were hampered by a shower and muggy weather. As the weekend moved on, attendees were treated to a variety of adult beverages – from local draughts to wine slushies – to enjoy as they strolled the fairgrounds and observed the fleets of classic gems. Included this year: A bubble-top car, a slew of convertibles, and even a V12-powered machine. Winfield, whose works have appeared in famous films like Robocop and Blade Runner, would have his work cut out for him.

Kansas City’s Fritz Schenk brought out his space-age machine, titled the “Baja Bandeeto.” This bubble-top took plenty of cues from the Jetsons and blended them with a bit of psychedelia. Built from fiberglass and made in commemoration to Ed Roth, this evoked plenty of memories of the ’70s with its funny car look. 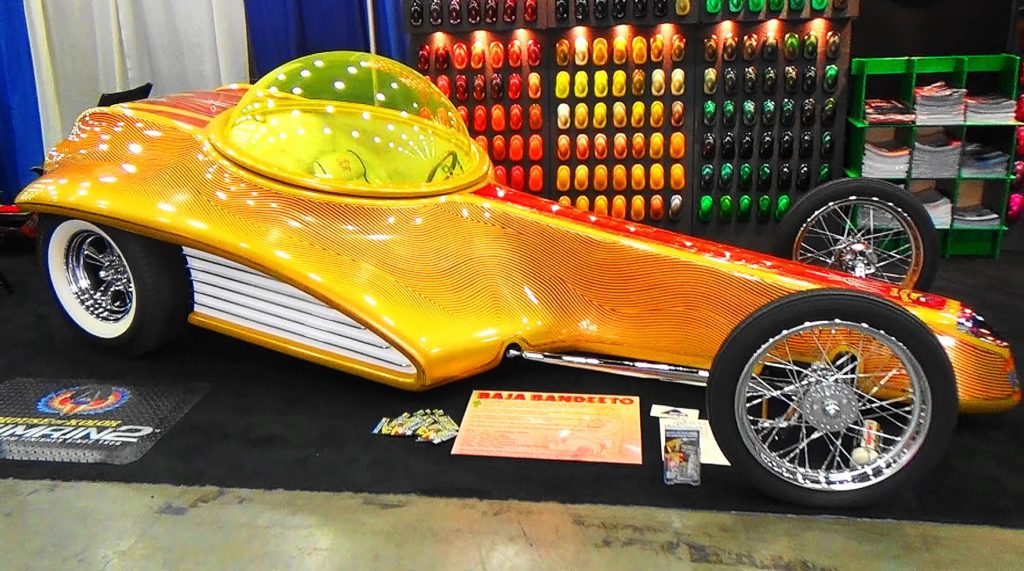 Michigan’s James Burma brought his wild ‘78 Dodge Magnum which, with an aquamarine paint scheme and an aggressive bodykit, made its presence known. Burma bought the Magnum as a stock machine twenty-seven years ago before slowly morphing it into the eye-catcher it is today; a complete tan interior, a chopped top and smoothed lines from his handmade bodywork drew plenty of attention.

Washington’s Craig Wick and Bruce Leven built a ‘51 Ford with a seal grey paint job, a Lincoln 368 handled by a T5 five-speed and a quick change rear end with independent suspension. Much of the body has been chopped or smoothed for a streamlined look; Levin’s vision for the car could compete with a ‘50s Ferrari in both speed and appearance.

The fourth contestant, Pennsylvania’s Mike Heim, brought his outlandish V12-powered Camaro. The ‘67 Chevy uses an air ride suspension, a chopped top and a channeled body to get an ultra-low stance. Combined with an incredible paint scheme and pro street footwork, this classic muscle car was unlike anything else at the Syracuse Nationals this year. 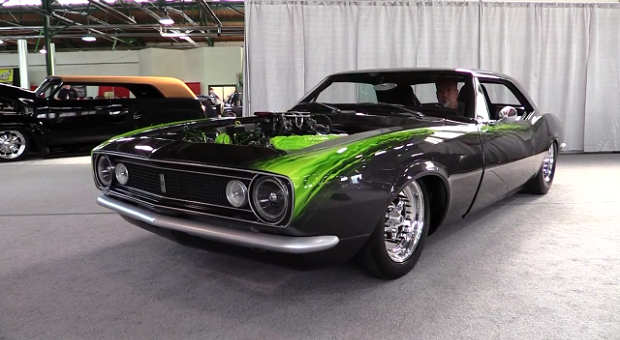 Ontario’s Dave Jolly brought his ‘38 Lincoln Zephyr, for which he built a frame and chassis, chopped the top to make it a convertible, added a suicide door and doused it in midnight black and grey paint. The powerplant is a 429 with Cobra Jet heads and a Lincoln Versailles rear end. Air ride suspension makes the ride plush, and the custom interior and console give the occupants a luxurious place in which to cruise. 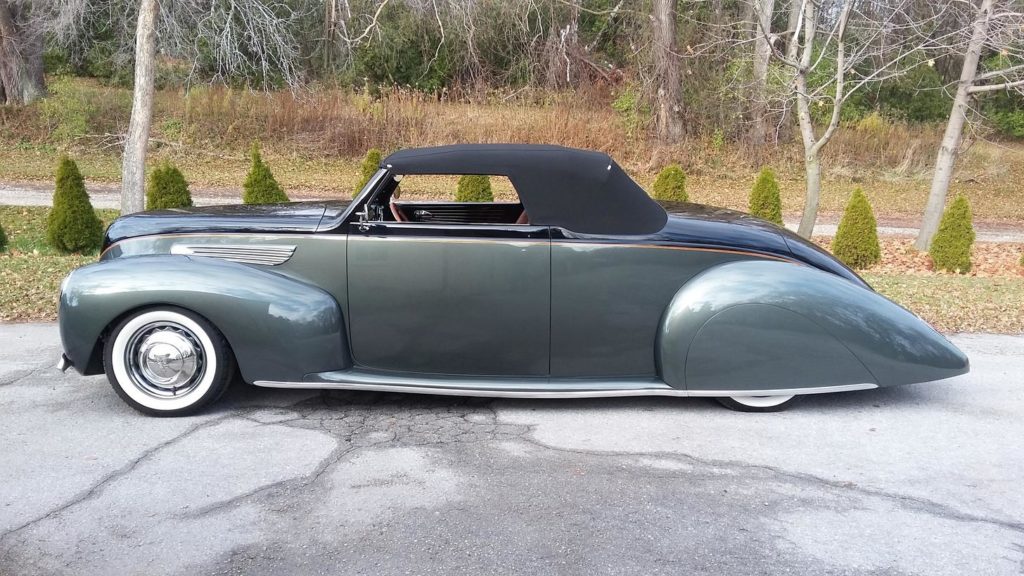 Arkansas’ Terry Altman brought his ‘54 Ford, which boasted one of the most attractive interiors in hot rod history. Completely custom and incredibly plush, it almost overshadowed the sleek exterior, most of which Altman shaped with his own hands and which included plenty of subtle, custom touches. 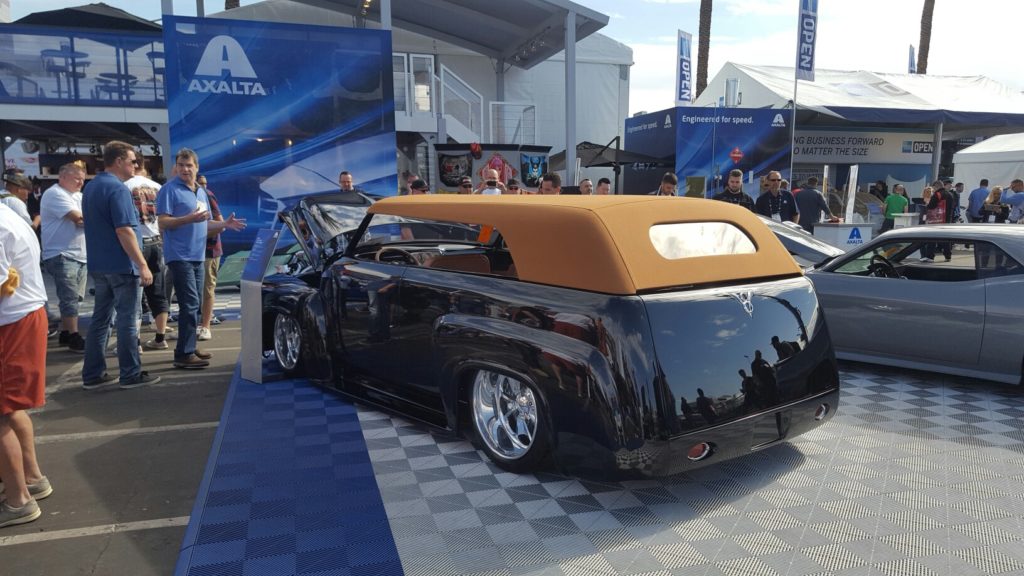 Winfield had some serious decisions to make, but he looked to enjoy it. Not a bad job, eh? Ultimately, it was the race-inspired ‘51 Ford that took the grand prize home, but not without serious consideration. At the end of it all, Winfield simply couldn’t overlook those sleek looks, the promise of performance and that immaculate seal grey paint. 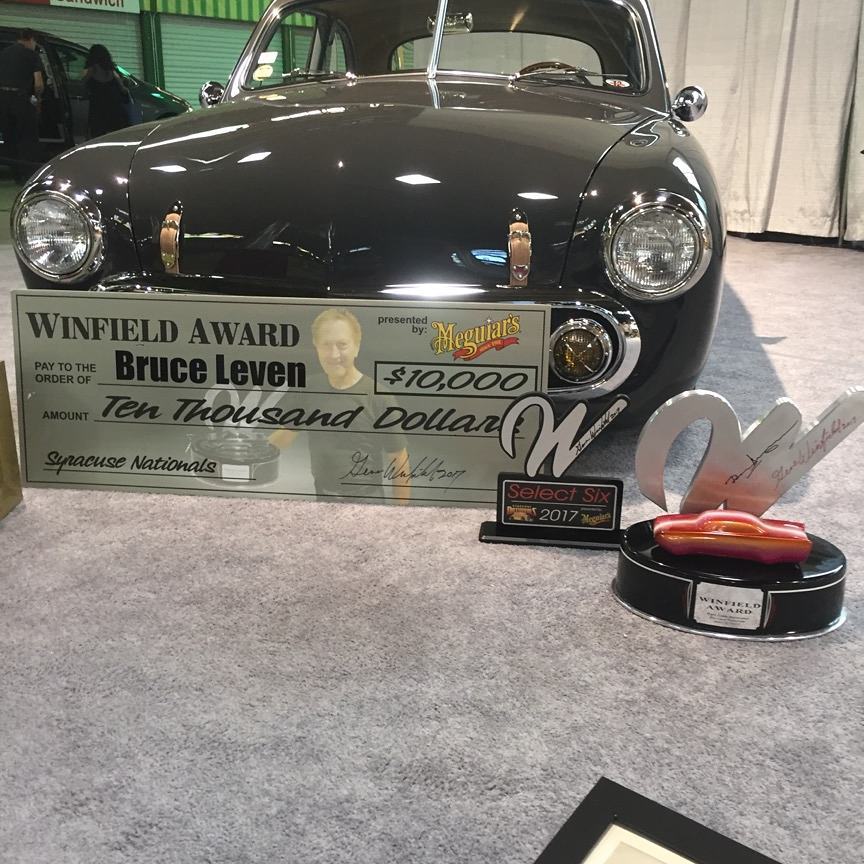