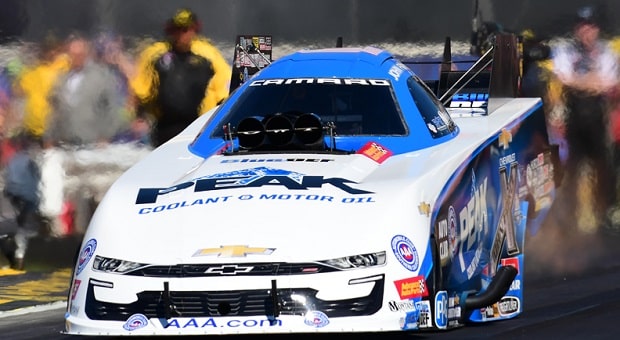 We know it’s coming – we just don’t know when. John Force will win a 150th NHRA Mello Yello Funny Car national event. It’s been nearly a year since the 16-time champion and owner of John Force Racing got to 149 victories and he’s been close, oh so close, several times since taking the win at Bandimere Speedway outside Denver – but that win light just hasn’t happened.

Force had issues trying to wrap his hands around NHRA edicts that changed header layback last year and necessitated a different style of driving. Denver was pretty much the apogee of his 2018 campaign, where he finished an uncharacteristic ninth in the season standings. Last year, his John Force Racing teammates Robert Hight (president of the company) and Courtney Force finished second and sixth, respectively, each accumulating four victories over the course of 24 Funny Car races. 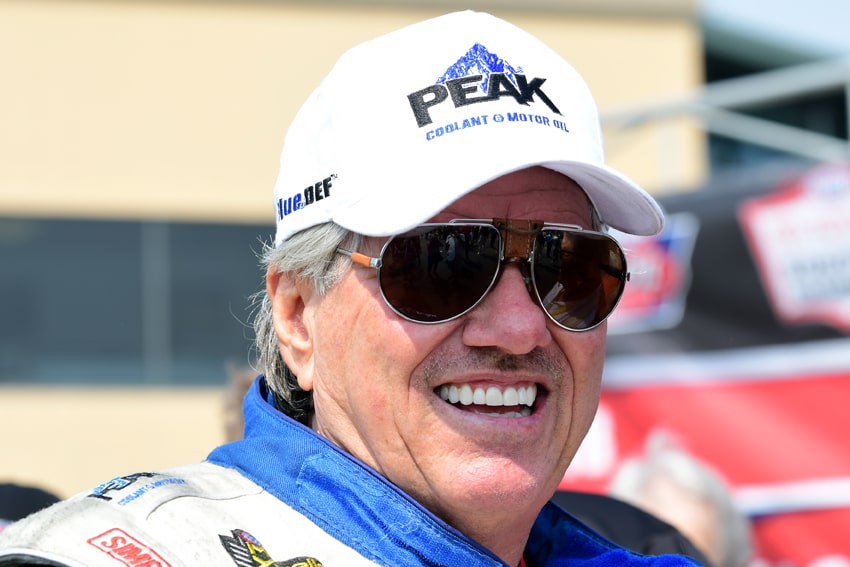 Courtney Force stepped away from racing in 2019 and her father inherited the team he’d built for her. With Brian Corradi and Daniel Hood doing the tuning of Force’s PEAK Chevrolet Camaro SS, the legend has catapulted into the second points spot, with semifinal and final round appearances giving Force a lag of only 153 points to Hight as the series heads first to Epping, NH and then back to Bandimere, which starts NHRA’s midsummer Western Swing and celebrates its 40th NHRA race.

Corradi and Hood had an excellent regular season last year, too, as all of Courtney Force’s victories came before the six-race Countdown to the Championship. If they can turn John Force’s excellent results in this regular season into the kind of powerhouse run performed last year by both J.R. Todd in Funny Car and the marauding Steve Torrence in Top Fuel, there could be more than a 150th win on tap for the effervescent Force.

At the most recent race in Norwalk, John Force looked like it could be his weekend but for the ascension of Bob Tasca III, who earned his second consecutive victory. Force barreled his way through the first two rounds but couldn’t beat Tasca in the semis. Still, the optimist said, “It’s coming, sooner or later. I’m learning and we’re still working out the bugs.”

Even as he cheer-leads daughter Brittany, the 2017 Top Fuel champion who currently holds third-place points in her class, and rookie Austin Prock, learning his craft at the highest Top Fuel levels, Force is preparing for that time when he will be the one atop the JFR heap – again. That 150th win will come and, who knows, maybe a 17th championship with it? 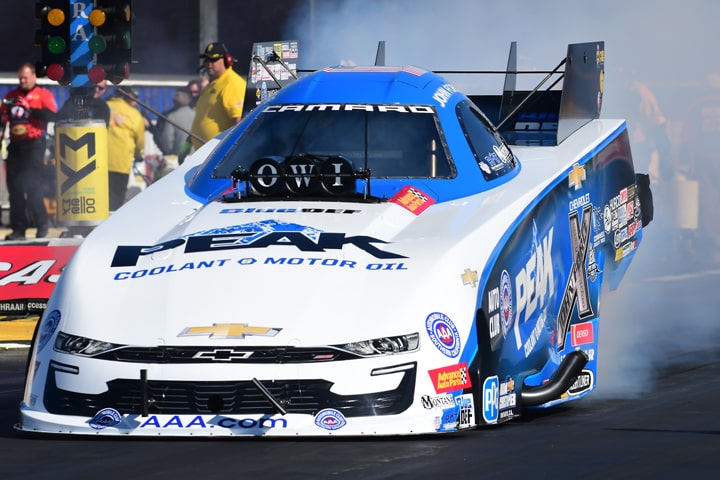