Last year, 2014 NHRA Pro Stock champion Erica Enders-Stevens doubled down in Las Vegas, coming home with both the special K&N Horsepower Challenge and the Wally after a bit of a rocky start to her season during the spring race.

“It was just a special weekend for my team and I,” Enders-Stevens said. “We were still pretty new together, and it was neat to see how well everyone worked together, even under such a high-pressure situation for $100,000. It was a weekend I’ll never forget.”

Vegas continued to be good for the Elite Motorsports team.  They won the fall race as well, which bumped them up enough in the points to vie for the championship.

“We swept the Vegas races last year, so we’re really excited to go back, especially coming off a successful test in Charlotte. It gives us a little boost of confidence heading to Vegas.”

So far, the champ is fifth going into this weekend’s NHRA SummitRacing.com Nationals at Las Vegas Motorspeedway activities, behind Jason Line, Rodger Brogdon, Greg Anderson and Chris McGaha, but the season is always full of surprises and this weekend’s K&N Horsepower challenge is part of a complex series of events that boost drivers morale and skills.

The K&N Horsepower Challenge is a special race for seven Pro Stock drivers based on qualifying points accrued since the 2014 event (one is added via a fan vote). Qualifying sessions Saturday are used for K&N Challenge elimination rounds, with the K&N final being an extra pass Saturday. The winner pockets $50,000.

The challenge amps up the pressure, and the reward of the Saturday passes. Two of the qualifying passes for Pro Stock count as the K&N Elimination rounds.

Eyes will be on Enders-Stevens to see if one again, she can double down and come away a winner. 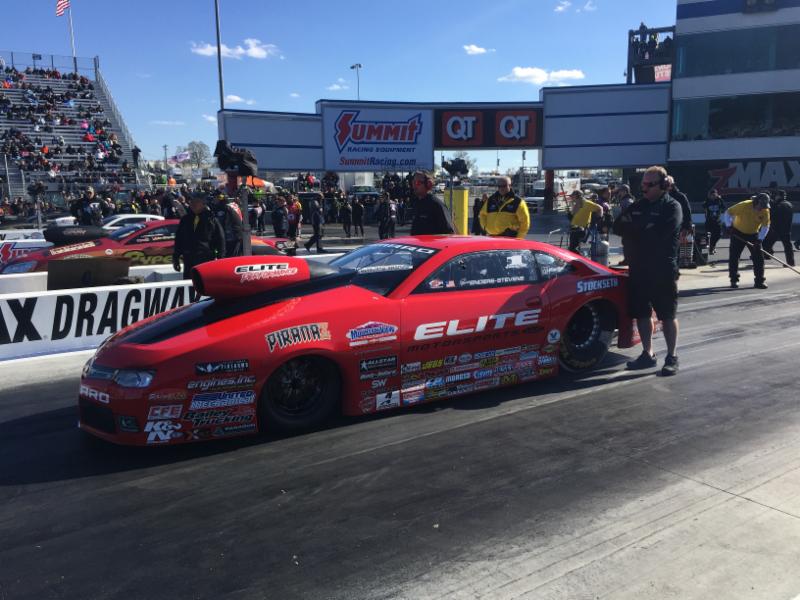 About Andreanna Ditton 265 Articles
Andreanna Ditton is the Content Manager for MotorHead Media and the Editor-in-Chief for RacingJunk.com/news. She's been working in the automotive publishing industry since 2007 focusing on racing and performance for motorcycles and cars.