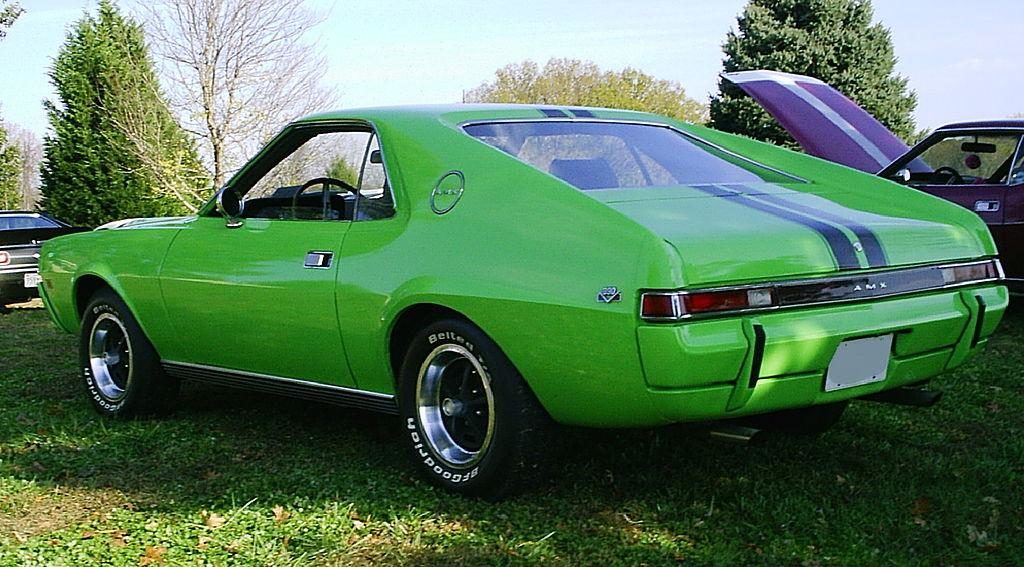 Though the AMC AMX was produced for three years, from 1968-1970, and the accepted production numbers hover around the 20,000 mark, they’re not commonly seen. Part of the reason these machines aren’t terribly prevalent is obvious – finding parts for them is a real chore. Therefore, if an ambitious hot rodder wants to restore one of these oddly-shaped beauties, they’ll do well to find a clean, rust-free example, and be ready to spend a pretty penny on parts.

However, this car doesn’t only appeal to hot rodders; the AMX was marketed as a sports car, with the intention of bridging the gap between the two groups. But without back seats, this squared-off sports/muscle hybrid is even more appealing and unique. Its design, largely Nova-esque but with a compactness and a promise of agility that the Nova never had, does combine the grunt and brawn of muscle with the nimbleness of something smaller. In fact, the most similar AMC machine in terms of design, the Javelin, was quite a bit longer – the Javelin had a 109” wheelbase, whereas the AMX had a petite 97”.

No surprise, then, that the press labeled this machine a “Corvette competitor.” To keep up with the C3 ‘Vettes of the day, the AMX’s biggest engine – one of six options – was its venerable 390ci, 4-bbl V8. Outputting 325-330 horsepower, this stout motor boasted specialized internals and could propel the 3,000-pound AMX to sixty in less than six seconds with the four-speed BorgWarner T-10 manual. Considering the tire limitations of the day, that was quite something.

The fastest of all the AMX lineup was undoubtedly the ‘69 AMX SS, which was shipped to Hurst Industries to add two four-barrel carburetors, Doug’s headers and an Edelbrock cross-ram intake to make a whopping 340 horsepower. This could rocket the car to sixty in less than five seconds, and snag the quarter-mile in roughly 12 seconds. Of these, only fifty-two or fifty-three exist.

They also boasted performance figures even more impressive than those already mentioned. In January 1968, two specially-prepared AMXs set 106 world speed and endurance records at Goodyear’s Texas test track to spread the word prior to the car going on sale. The following years, an AMX finished second in the SCCA National Championship in the B production class, and a golden feather in AMC’s cap: the ‘69 AMX was used as a pace/practice car for the 1969 Pike’s Peak International Hill Climb. 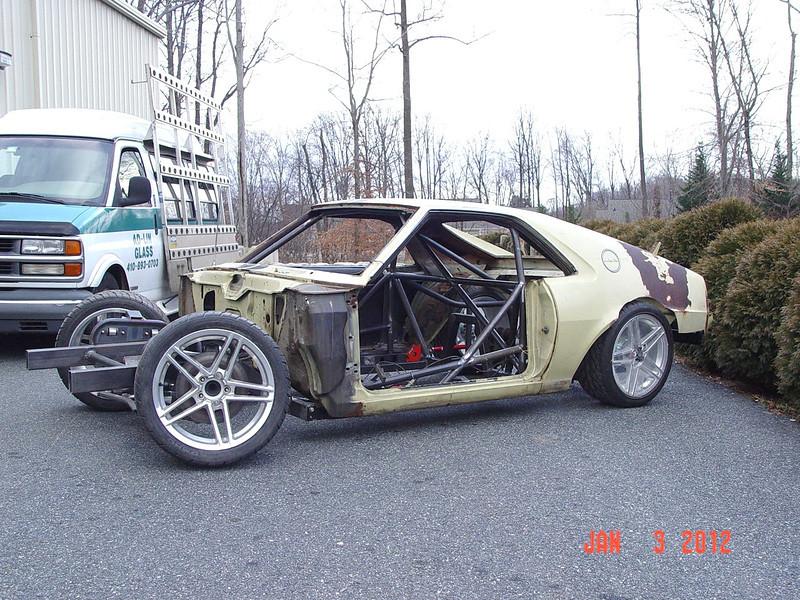 Some bold builders still use the AMX as inspiration for their muscle car-turned-sports car fantasies. This ambitious build details a man’s desire to plop an AMX body atop a custom tube frame, with a T-56 transmission, an LS engine and massive 315-section tires to harness the modern grunt. This Pro Touring monster simply needs to be seen.

If the classic lines, unique proportions and promises of performance have swayed you towards browsing for one of these beauties, there are plenty of pristine examples available in our classifieds.

For example, this gem is not cheap, but it certainly looks like quality:

Or perhaps this deep blue example:

Either way, it’s impossible to go wrong with the AMX’s combination of style, rarity, and performance. For the full list of AMXs available at Hot Rod Hotline, click here – a variety of mint and fair examples are there for your perusal.

8 Comments on Why Revere the AMX?