RacingJunk News > News > Guest Columns > Where Are All the New Drag Racing Fans in the NHRA? 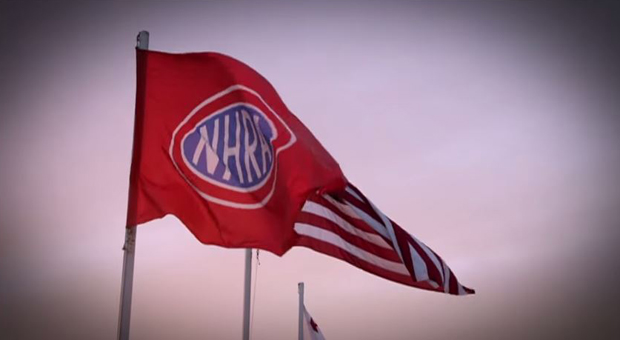 As I look ahead in 2015, I wish I could get excited about the great NHRA Drag Racing we’re going to see. Unfortunately, at best I feel it’s going to be the same thing, just a different year and at worse, less.

The state of drag racing is weak and it needs more fans to turn it around.

You can’t help but notice the many empty seats at certain tracks and there’s been a true disconnect between the sport and the fans. We have true, die-hard fans, but their numbers are dwindling. The sanctioning body does of great job of making sure the show runs, rules are enforced, and safety is at the forefront. But is there truly growth potential for the NHRA Mello Yello Drag Racing series, or any racing for that matter?

It’s not just the NHRA. Look at NASCAR, too. The NASCAR Hall-of-Fame located in Charlotte, N.C. has been a money-losing proposition since its inception. Earlier this month, the City Council voted to forgive NASCAR’s debt and requested Bank of America and Wells-Fargo to forgo a total sum of $22 million in loans in hopes of getting to a point of a profit center as attendance never has matched its expectations. The Council is going put out $5 million to at least give the banks something in return.

NASCAR and it’s franchises are hurting in many ways, but at least have a multi-billion dollar TV contract with FOX and NBC through Fox Sports 1 & 2 and the NBC Sports Network which keeps fans in the know. NASCAR has a normal rating of 3 to 5 with a point worth 1,083,000 households. Drag Racing draws in an ESPN2 audience of .2 to .4 or at a maximum of 400,000 folks. It’s a big difference in interest and visibility for advertisers, and the NHRA spends $10 million with ESPN to bring fans the show every week. It’s a costly adventure for the non-profit organization.

Although the show is tape delayed, it’s so much better than not having any coverage at all. The NHRA is making sure their fans get to see the races. Of course, in the Fall, with Pro and College Football pushing the qualifying shows to the middle of the night, the sport only gets minimal views. When we’re right in the middle of the Countdown, drag racing’s ratings are the lowest as the airtime gets pushed aside for the far higher rating points that football produces on a weekly basis.

Where are our fans and how can we build them back to millions instead of thousands? We all know that each of the four Mello Yello divisions are exciting and thrilling, but nowadays, that doesn’t relate to the public. Today’s 18-34 market has lost a lot of the interest in the sport. That’s the prime audience you want. In today’s world, instant access is a big distraction. Having a better car doesn’t appeal to this market like it did to the former mechanics who used to wrench in their backyards on cars that eventually led to the race track. Elapsed time doesn’t communicate well with the public. When you say 330 mph, that’s what people understand and get wowed by. But as all real drag racers know, it’s the time that counts. Speed is an accessory but doesn’t pay off in points or money.

Today’s drivers are just exciting as the legends, but people remember the Prudhommes, Bernsteins, Garlits’, Muldowneys, and McCullochs. Drivers like Schumacher, Dixon, Brown, Hagan and of course 16-time champion, John Force, one of the NHRA’s best and most entertaining ambassador and face of the sport, don’t resonate the same way the legends do (although that can be argued in the face of Force’s persona and personality.)

Crowds are expecting full fields in the 16-car lineup with every team having a legitimate chance of being competitive. And they’d love to see the occasional dark horse taking a win. But races are often filled with underqualified teams lining up like lambs to slaughter in that first round.
The choice of the entertainment dollar varies from town to town. In a place like Los Angeles, there is always something in competition and that distraction takes away more and more of our audience for a great racing venue at Pomona.

Certain tracks are always packed full. The Gatornationals in Florida is a spring tradition and holds one of the largest crowds on tour. Houston had a great crowd for a change. Norwalk, Denver, Sonoma and Reading always pack them in.

Houston promoted its race better and received a sold out show for all three days at the Royal Purple Raceway earlier this year. But those are the exceptions.
If the tracks charge over $60 for a Sunday reserved seat, you have to match the entertainment on the track and right now, there seems to be a big discrepancy in attendance at certain tracks. The cost isn’t attracting fans to the show, but how do you fix such an exciting sport of sight and sound? Our fan base is dwindling, but NHRA drag racing is still the best sport on the planet.
Is it that most people don’t work on their cars any longer? That seems to be the biggest disconnect or something relatable. The price of the ticket is fair. Should we increase the racer’s purse to stimulate new blood into investing in the sport and establish programs rewarding teams for winning?

We’ll see in 2015 if the lower price of gas will turn the tide and get families back to the track. The only way to make sure the sport survives is full grandstands. That in turn gives the sanctioning body, as well as the tracks, funding to make improvements. Some tracks are beautiful concrete masterpieces like most of Bruton Smith tracks, but for some reason, it’s hard to get a major crowd at his Charlotte facility. Maybe it’s a NASCAR conflict or the first home game for the Carolina Panthers. It’s a first class facility that deserves people in attendance, so hopefully with two events, it can bring the folks back through the gates.

Other tracks like Seattle and New Hampshire need major renovation. Atlanta has a strong crowd, but smaller grandstands.
The sport needs to revise the business plan that goes hand-in-hand with the tracks since certain amenities should be expected. This is needed to keep it thriving and bringing in new fans and entertaining the regulars in attendance.

Corporate suites and hospitality should be conducted in a first-class way with great food and beverages to leave with those corporate fans having a good time. Too many times, customers are frustrated by having to park too far away and the quality of the area isn’t quite appropriate.

America is made of corporations and how they spend their money promoting themselves is solely up to them to match up with the audience for their product. The NHRA for years was an ideal setting to grow and develop your company. Now sponsors are fleeing away from the sport. Recently, we lost Ford Motor Company and so far, it appears GEICO of Berkshire-Hathaway is not returning. They are the sixth largest company in America and after years sponsoring the Morgan Lucas Racing dragsters, we all wish what made them decide to pull out of the sport would have been instead a benefit for them.

One of the main reasons we’re finding out for loss of additional corporate involvement is NHRA’s TV ratings. In the business, it’s all about the number of faces you get your product in front of and lately with other sports surging, drag racing is suffering miserably.

Look at this week’s NFL Super Bowl. A 30-second ad is valued at $4.5 million. Marketers are predicted around 111 million fans watching in the United States.

It’s not a question of a great program produced by ESPN. They get it done every race. Great insights into the sport with responsible reporting make them Emmy favorable. Everyone is asking where are the people watching? If Neilson ratings value a television program with Households Using Television, the tally is incredibly low for the quality of production given the sport. Yes, ESPN does repeat the show on Sunday prior to the finals coverage, but in today’s instant access data, who wants to see what happened 18 hours ago. They want to see it live and I’m hearing ESPN has heard the fans and are going to show more races live this year.

Now, where are the future teams going to come from. It’s always a situation where money and racing meet in the middle with sponsorship or ownership. Going into this year, we lost two predominately Top Fuel cars when Al-Anabi withdrew all funding from their North American operations last week. That leaves a great team manager like Alan Johnson without any direction and two teams are removed from the lineup and that hurts.

Something has to be done and we need to bring the fans back. That’s the bottom line. Anyone who sees a Top Fuel or Funny Car leave the starting line for the first time always say that was incredible and never knew. So tell your neighbors you’re a NHRA fan and be proud of it. Maybe if enough fans hear about it, that could help, otherwise, the State of the Sport is going to remain weak without future growth in attendance and fan appeal.

21 Comments on Where Are All the New Drag Racing Fans in the NHRA?