This has been a rather fallow season for Don Schumacher Racing. Seven races have been run to date and DSR has doubled up on zero of them, wining only two Funny Car contests with Matt Hagan in Phoenix and Ron Capps at Atlanta last week. 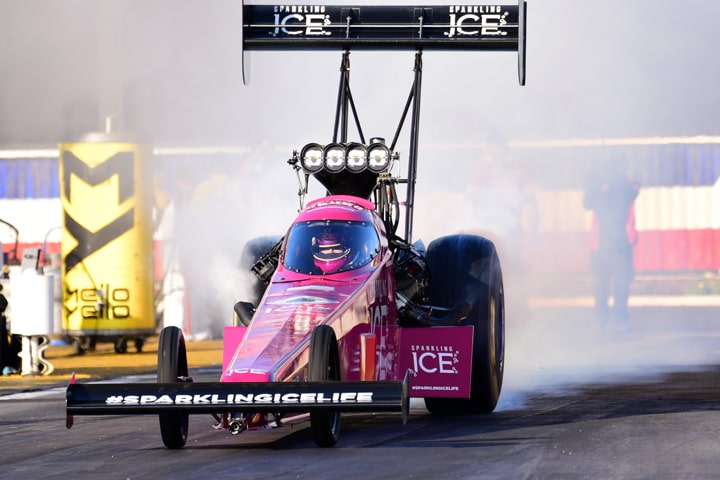 So what’s been the problem? Hard to tell. Brown’s issues date back to the departure of Brian Corradi before the 2018 season, as that crew chief left DSR to join John Force Racing and crew chief for Courtney Force’s Funny Car. Corradi called the change returning to his roots. It’s been a challenging year-plus for the Matco Tools team to get back on the footing that brought them titles. Brown is currently seventh in Top Fuel standings.

As for Pritchett, she continues to work with Todd Okuhara as her Top Fuel crew chief and holds fourth-place points, but the venues that have been her points of success haven’t seen the Californian find footing when she needs it. Sponsorship has been lacking for her team, as well. DSR’s dragster leader, eight-time champ Tony Schumacher, hasn’t turned a wheel in anger this year, on the sidelines after losing U.S. Army backing he’d held for nearly his entire career. 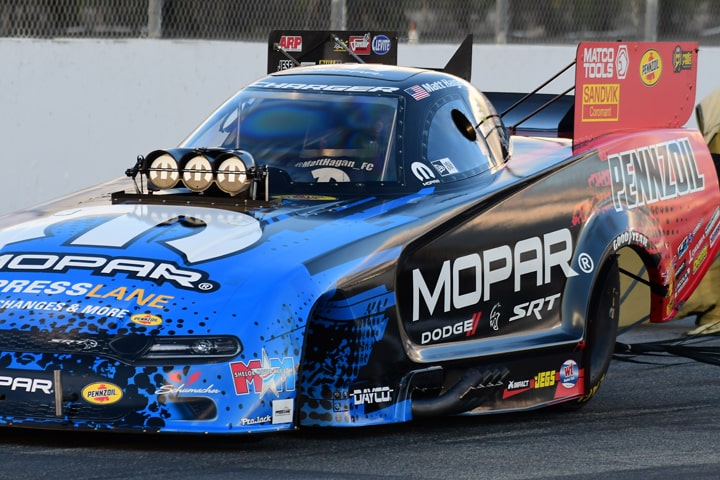 By virtue of his single victory and consistency in round wins, Hagan holds second-place points in Funny Car behind Robert Hight, whose John Force Racing team looks as strong as sister-in-law Courtney Force did in 2018 at this juncture. She faded down the stretch and was unable to secure her first Funny Car championship, but Hight’s Chevrolet Camaro SS is running exceptionally well under the watchful eye of tuner Jimmy Prock.

Before Prock left for JFR to work with Hight, he was crew chief for Beckman and had the cancer survivor in a good place. Those duties have been assumed by John Medlen and Dean Antonelli, both ex-JFR. There’s an awful lot of movement in this business, isn’t there? Beckman’s looked good in qualifying and has gone rounds, holding eighth-place points behind teammates Capps (seventh) and fifth-place Johnson Jr., who has had a tendency to either run well or blow up spectacularly. Johnson Jr reached his second semi-finals of the year at Atlanta, losing to Capps.

Coming into Atlanta, Capps had little consistency, but turned it around for his 62nd overall (61st in Funny Car) career national victory, his third at the Commerce, GA track. Capps came from the No. 11 position – he’s not really known for qualifying at the top of the ladder – and used consistency to gain the race title and Wally trophy. It was the veteran’s first national event victory since the 2018 Charlotte race last fall. Capps and tuner Rahn Tobler had difficulties with their chassis at the Charlotte four-wide race, which didn’t give them much hope for Atlanta, but they still survived that weekend and came away with the win. 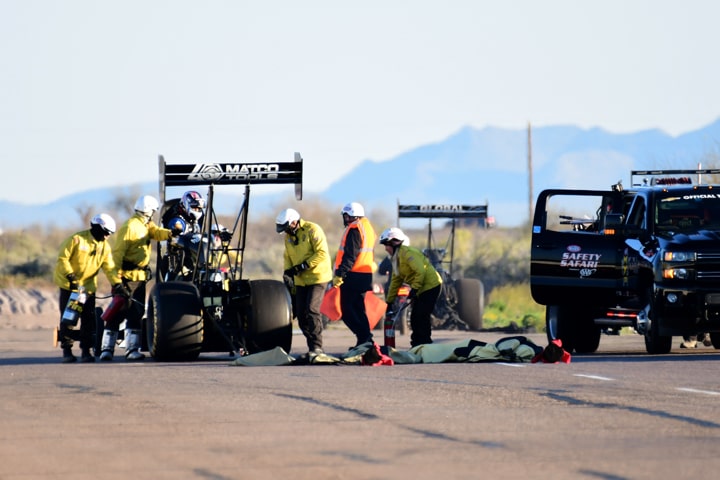 Don Schumacher Racing makes its own chassis these days and sells to others. Many of its engine parts are designed and constructed in-house (and again, sold to others). This is a team that’s expected to win and win regularly. Two visits to the Winners Circle in seven contests is a poor result for the DSR group, who have now amassed 335 victories, thanks to Capps’ Atlanta win. It’s hard to pin down what’s missing here, and why. But the lack of wins has to be demoralizing for a group that’s accustomed to being on top. 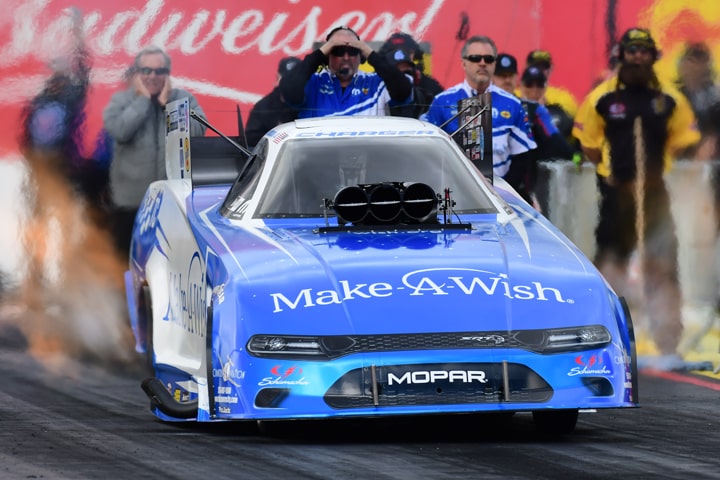 About Anne Proffit 554 Articles
Anne Proffit traces her love of racing - in particular drag racing - to her childhood days in Philadelphia, where Atco Dragway, Englishtown and Maple Grove Raceway were destinations just made for her. As a diversion, she was the first editor of IMSA’s Arrow newsletter, and now writes about and photographs sports cars, Indy cars, Formula 1, MotoGP, NASCAR, Formula Drift, Red Bull Global Rallycross - in addition to her first love of NHRA drag racing. A specialty is a particular admiration for the people that build and tune drag racing engines.