RacingJunk News > News > Event Coverage > What will it take for Matt DiBenedetto to earn his first NASCAR Cup win? 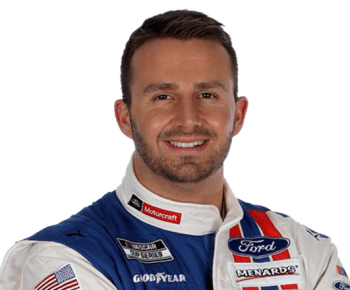 No matter how you call it, and even if you’re not a Matt DiBenedetto fan, you can’t help but feel bad for the Grass Valley, California native. I mean, come on, he gives 110 percent every time he’s on the race track. He knows he has to earn everything that comes his way; there are no freebies or gimme’s.

And yet, every time it looks like the man nicknamed “Matty D” will finally earn his first NASCAR Cup win, fate deals DiBenedetto a cruel hand yet again.

Sunday’s Geico 500 at Talladega Superspeedway marked the latest frustration of Benedetto’s career. He was leading coming into the final lap of the 191-lap overtime race (the original distance was 188 laps before a late caution extended it three additional laps around the 2.6-mile behemoth track to a green-white-checkered finish).

But a miscalculation on DiBenedetto’s part – he decided to move to the outside line to throw a block on a freight train of cars that were coming up – ultimately allowed Brad Keselowski to pass DiBenedetto and sail on to victory lane.

Keselowski led just one lap, a heartbreaking contrast to the 28 laps DiBenedetto led in the race, second-most to Denny Hamlin’s 43 laps led.

“Oh man, you say that after every one of these races,” DiBenedetto said when Fox Sports asked about being oh-so-close yet again. “It’s tough. It’s just all so circumstantial. We talked about it a lot before the race that our day will come.

“I’m just lucky to drive this thing and have the support from everybody, the fans are so awesome and driving for the Wood Brothers is really a dream come true.”

As he has stoically done so many times in his 222-race NASCAR Cup career, DiBenedetto tried to put on a happy, smiling face while being interviewed after the race.

But deep down inside, he likely was having his heart – or at the very least, his gut – turned around and inside out because at the EXACT same time he was talking to Fox Sports, Keselowski was celebrating on the front stretch, enjoying the raucous applause that the fans were giving him.

And there was Matty D, talking about falling short once again. Nobody would have blamed him if he had broken into tears – or at least choked up a couple of times in his response – but he didn’t.

The 29-year-old DiBenedetto wants to win in the worst way. There’s no question about that. But at the same time, he wants to put his personal stamp on what will go down in NASCAR history as one of the greatest achievements the sport has ever seen: the 100th Cup win for the legendary Wood Brothers race team.

The Wood Brothers have 99 wins to date. DiBenedetto wants to give them No. 100 in the worst way. Even in a contract year, he’s worrying not so much about his future but rather the present, wanting to do everything he can to give the Wood Brothers the milestone they’ve been chasing for more than 60 years of existence.

The organization’s last win – No. 99 – was earned by Ryan Blaney in 2017. The win before that, in 2011, was one of the most outstanding finishes in NASCAR annals, when Trevor Bayne – one day after turning 20 years old – won for the first (and only) time in his Cup career.

DiBenedetto worked his way up through the Cup ranks driving for the now-defunct BK Racing, the combined Go Green Racing/Go Fas Racing, Leavine Family Racing and ultimately to the Wood Brothers in 2020.

Even though he remains winless in his Cup career, DiBenedetto has seven top-five finishes (including Sunday), with four of those with the Wood Brothers. He also has 24 top-10 finishes, including a career-high 11 last season.

There’s no question DiBenedetto has the talent, the drive and the desire to win on the Cup level, not to mention the team, crew and legendary organization to take him to heights he has only dreamed about. He’s finished second in three of his seven top-five showings, one finish each in third and fourth place, and two other times in fifth place.

There’s also a precedent that DiBenedetto can take some comfort in: Michael Waltrip started 784 races in his career and won four times. Yet that first win – earning the sport’s biggest prize, the 2001 Daytona 500, on the same day his boss and close friend Dale Earnhardt was killed in a last-lap crash — didn’t come until the 463rd start of Waltrip’s career.

Just when it appeared DiBenedetto was finally going to earn that elusive first career Cup win, it was once again snatched away from him in one of the most heartbreaking ways possible. But even as fans celebrated Keselowski’s win, that smile of eternal optimism that he’ll one day be in victory lane never left his face.

And with good reason. For if DiBenedetto ever starts doubting himself and his future, he will have lost the biggest race of his career.

But even after yet another heartbreaking finish, don’t expect doubt to happen any time soon.

“People believe in me, I love what I do and our day will come,” DiBenedetto told Fox Sports. “We’ll get there.”

1 Comment on What will it take for Matt DiBenedetto to earn his first NASCAR Cup win?