RacingJunk News > Racing > Dirt Track Racing > Welcome to Behind the Wheel: The Podcast 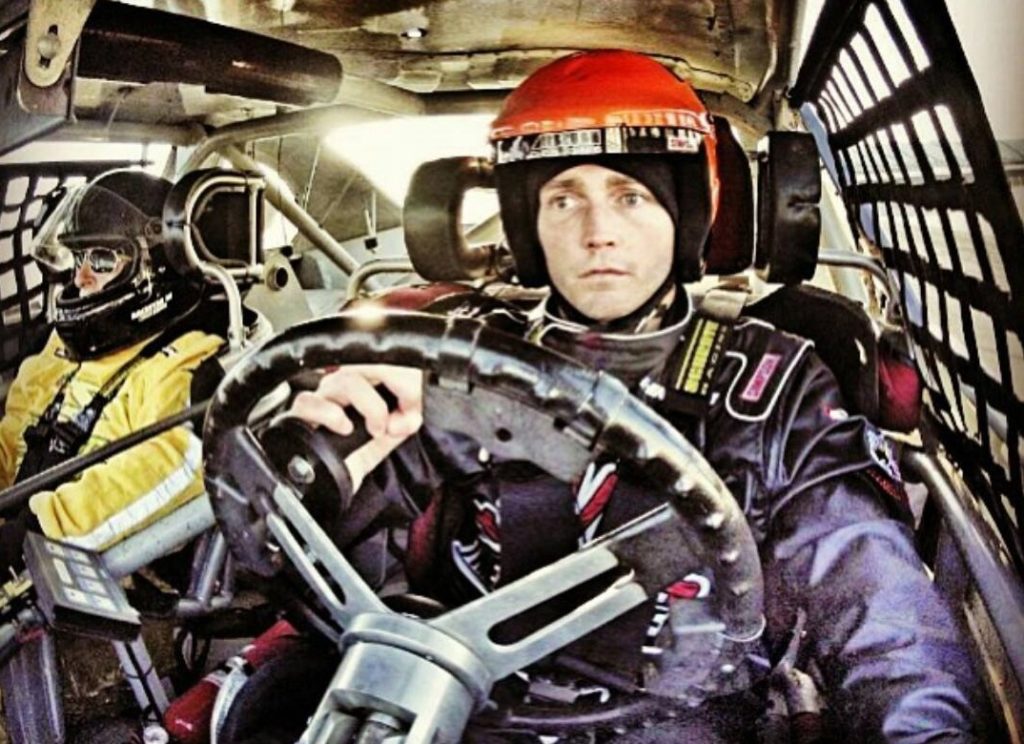 If you love our Behind the Wheel column, do we have a treat for you. We are giving that popular column an added twist. Welcome to the new and improved Behind The Wheel.  We’ve had such an enthusiastic response to this series interviewing drivers, pit crew, builders and fans that we thought readers would like to hear the stories straight from the horses, ahem, drivers, mouths with a new podcast.

Produced and hosted by the hardest working man in the business – Chris Young, better known as Tater – the Behind the Wheel podcast will showcase just why these hard working men and women find their lifeblood in motorsports.

Behind the Wheel Episode One

What better way to kick things off then with one of our most inspiring Behind The Wheel drivers? Former NASCAR & USAC Sprint Car Series driver Shane Hmiel hasn’t let some serious adversities, including paralysis, keep him from his love for racing.

The 37-year-old North Carolina native found his passion for auto racing at the age of 10. His desire to be the best lead him all the way to the top of the motorsports ladder.

Despite his rise to rapid success, Hmiel had a demon that continued to follow him. This demon would eventually get Hmiel banned from NASCAR after failing a drug test for both marijuana and cocaine.

Although his life and career seemed to spiral out of control for the next few years, Hmiel would redeem himself after a long stint in a drug rehab center in 2007. During his stay at the Talbot Recover Center in Atlanta, GA, Hmiel finally received a diagnosis of Bipolar Disorder, which would save his life.

After getting clean, Hmiel returned to racing in the USAC Sprint Car Series. After rising back to success on dirt, Hmiel would have to overcome another life-altering setback.

A frightening wreck during a qualifying lap at Terre Haute Action Track left Hmiel paralyzed. Despite this, Hmiel is using his new life to help others.

Tune in to the podcast as  Shane and his brother Tyler Hmiel discuss how growing up racing has had a positive influence on both their lives.

You can stream it via SoundCloud here:

Shane talks about his foundation, Shane’s Sparks, during the podcast. To learn more about the foundation, go here:  https://www.shanes-spark.com/

Do you have suggestions for the podcast? Racers you think would made great interviews? Let us know in the comments!