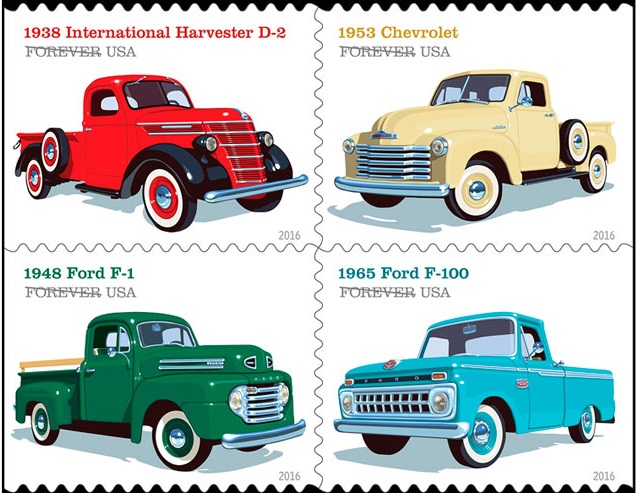 Specialized postage stamps come around every once in a while for various holidays and beloved film characters or anniversaries, and those of us who love nothing more than our four-wheeled friends have been left in the dust for many years. Finally, the anticipation can end as four stamps with illustrations of iconic American pickup trucks will be officially released on July 15th of this year at the Syracuse Nationals.

The long-awaited pickup trucks, which are being illustrated by Chris Lyons, come after American Muscle Car stamps were offered in 2013 and Hot Rods in 2014.

We have no doubt that there are more car models and variations that enthusiasts would like to see on the postage stamp. What are some of your suggestions for what the next automobile postage stamp release should feature?