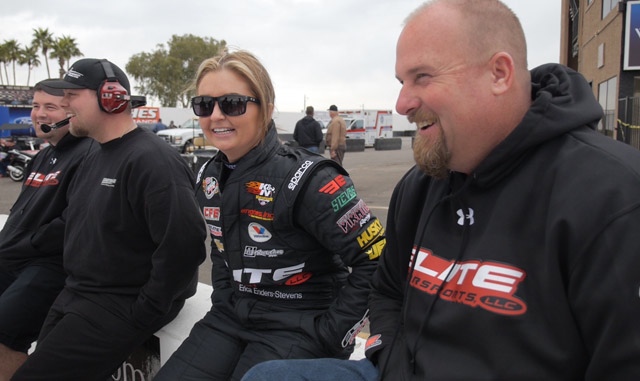 On Sunday, November 16, 2014, Erica Enders-Stevens became the first woman to win the NHRA Pro Stock world championship at Auto Club Finals in Pomona. After their wildly successful season, Enders and Elite Motorsports decided to make a movie that goes behind the scene and shows what it took for this team to go from underfunded underdog to NHRA MelloYello Pro Stock champion.  However, like racing, film making is expensive and in order to finish production, the team is turning to fans to help fund their small, self-funded project. 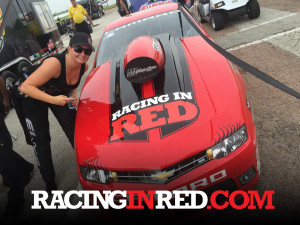 The Elite Motorsports team is now looking to fans to help fund this project, where contributions will finance script writing, post-production editing, voicing, licensing of historical footage, and more. In return, backers will get gifts in return: $30 gets you a t-shirt, sticker, and movie download, while $5,000 or $10,00 gets you an Elite Hospitality Package – meaning, hang out with the crew and Erica herself, plus executive producer credit. Even if you only can give $5, you’ll get a “Racing in Red” sticker.

Head over to their Kickstarter page to donate and get involved!

To learn more and support the project, head to their website: racinginred.com.