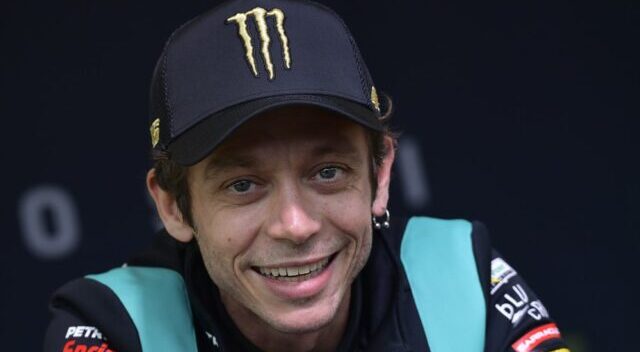 This weekend marks the end of an era in MotoGP, the world motorcycle championship sanctioned by the Federation Internationale du Motorcycle (FIM) and marketed by Dorna Sports. Nine-time world champion Valentino Rossi is hanging up his gloves, putting away his brightly colored helmet and leaving the echelon of a sport he’s defined for nearly three decades.

The Gran Premio Motul de la Comunitat Valenciana, held in Valencia, Spain, marks Rossi’s close of 26 seasons on the world stage, not only riding to titles but bringing effortless attention to the sport he loves. Through his obvious competitiveness as well as his playful attitude and allegiance to an army of fans worldwide, Rossi has changed the sport he loves and made it better. 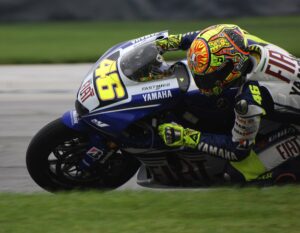 Departing after a final season with Petronas Yamaha SRT, Rossi sat down for one final pre-race press conference on Thursday in Valencia to discuss his close of competition and to place – yet another exclamation mark – on the breadth of his career. He announced that this year would be his final one in August at Austria and now, with November ending the MotoGP season, Rossi couldn’t help but be emotional about his final race.

“The last race is… I want to try and make it normal but it’s not possible,” he said. “It’s a great emotion, and already from today to see all the bikes together, all the riders from MotoGP here all together is a great feeling. We’ll see! I’ll try to give the maximum during the weekend. I hope we can have good weather, especially for Sunday, and we’ll see.”

Dorna, the marketing arm of FIM put together nine machines that Valentino Rossi rode to championship-winning glory. He sat on each one and reminisced a little. This was the first time – ever – that all nine of these machines had been placed together, although one already resides in his bedroom at home.

The Yamaha, Honda and Aprilia motorcycles were also accompanied by Yamaha Motor Racing managing director Lin Jarvis, Repsol Honda team principal Alberto Puig and Aprilia Racing CEO Massimo Rivola. Many of Rossi’s competitors and others in the racing paddock were present to celebrate this champion’s long and successful career. There was also a special piece of artwork displayed in the MotoGP paddock in tribute to the Italian. 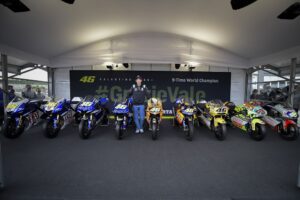 Rossi does have several of the nine motorcycles at his home, but not the Honda machines he rode to championships in the early parts of this century. “I have the Aprilias and Yamahas; the Yamahas are in my house and the 2004 model is in my bedroom. Every morning when I wake up I see the bike, but [having them] all together like this is a great emotion. It’s a long, long way if you look at the first one – it’s a really long time ago,” he confessed. “And if you consider that after the last one there was another ten years… it’s a long time and a great emotion.”

The rider, who has always used the No. 46 on his brightly painted machines, was the recipient of an honorary doctorate earlier in his magnificent riding career, Rossi adopted the nickname of “Il Dottore” because it was fun and Rossi has always specialized in having fun as well as racing hard. Honorary doctorates in Italy aren’t terribly unusual, so Rossi used that fact to make a bit of fun in his acceptance of this honor.

At 42 years of age, Rossi is ancient compared to his peers but is still riding well enough to continue his career. From the moment he announced his retirement in Austria, “I had a lot of great messages and support from all the other riders, now, and from the past. All my rivals – this is very good,” Rossi said. “I always imaged this press conference, and here in Valencia – a special place and the opposite for me, a not special place at the same time.

“It is strange, a strange feeling, but I’ll try to act normal because, normally, Valencia is a good moment for everyone. It means holidays start after a long season, and everyone is ready to stay at home a bit, but you always think that from Monday, it will be different. Another life. I’ve tried to not think a lot in this way, because I”ll also continue to race, with cars as a driver, in this case. But I’ll try to enjoy it because, for sure, life, when you’re not a MotoGP rider anymore, will change.”