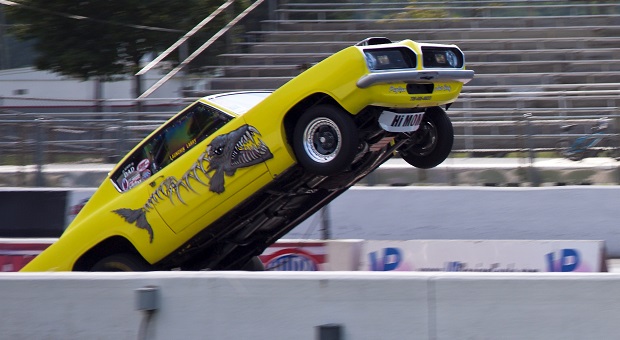 Previous editions of this tuning for the strip series have detailed bigger steps you can take to get more power out of your engine. Those approaches were engineered to add decent chunks of power to an engine already set up with the right internals. But we can also nibble away at the perimeter and eke out smaller, but still effective, bites of more horsepower .

First we’re going to bring the cooling system on your older hot rod up to 21st century standards by eliminating the multiple drive belts. After that, we’ll get rid of the , um, cooling fan. And finally, we’ll beef up the car’s electrical system so that it can deliver the hottest spark possible.

Get Snaky with a Serpentine Belt

Admit it. It’s a pain in the you-know-what having to pull off three or four belts just to service one belt-driven accessory. When I saw my first serpentine belt-equipped car come into the shop I was working for, I fell to my knees and rejoiced: No more pulling off three belts and two accessories just to service one!

Sure, a serpentine belt isn’t going to allow your strip burner’s engine to produce more power. What it will do is make servicing the engine in the pits much easier. Trust me, suck a valve while winning a pass and have to pull the head on the engine and tell me a serpentine belt doesn’t cut at least 50% off the time required. That could be the difference between competing in the next round and having to forfeit.

Fumigate for Parasites and Go Electric

Years ago I had a Dodge Charger with a clutched Super Fan on it. That thing just sounded awesome when it spooled up. However, it also sucked off about 20 horsepower from the engine I had worked so hard to put together. I ran the engine on the dyno, with and without the fan. With the fan I saw horsepower numbers up around 310. Without the fan that jumped to about 340.

However, even if we’re just barreling down the strip, we really can’t run our engines without a fan. That’s why even though I loved the sound that Super Fan made, it got tossed and replaced by an electric fan. It worked. My time slips improved by several tenths.

Install a Variable Speed Fan Controller to Get More Gains

Chemistry and physics tell us that our engines make the most power when they operate in a certain temperature range. This is why we have thermostats. We can improve on this, though. Typical electric fans use a temperature sensor to determine when to turn on and off. Those are obsolete though when it comes to performance engines. We want to have better control over when the fan turns on and off and how fast it spins. For this, we use a variable speed fan controller coupled with an electric temperature gauge. Mechanical gauges take too long to react; we want results as quickly as possible, thus we use an electric gauge.

Basic Steps for Converting to a Serpentine Belt and Electric Fan 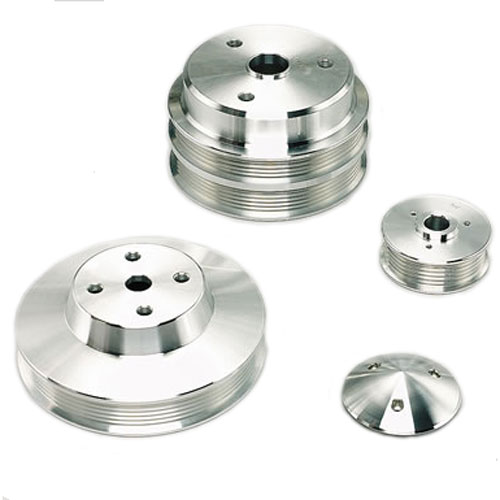 Each car is going to be different, but the basics of converting to a serpentine belt and electric fan are really quite easy. First pull the old belts off and get rid of them. Then go to a favorite parts source – JEGS, Summit, your local auto supplier – and find the right kit for your car/engine. When the parts come in, we remove the old v-belt pulleys from the water pump, crank/dampener, alternator, and whatever else you have (power steering, A/C, etc.) and install the new ones that look much better, as well as the idler pulley. Then we put the belt on. Done. For more complete instructions particular to your vehicle, follow the instructions with the kit. You may have to take things like the alternator and power steering pump (A/C compressor, too) to a machine shop for help removing the old pulleys, but you shouldn’t if you have a vise. 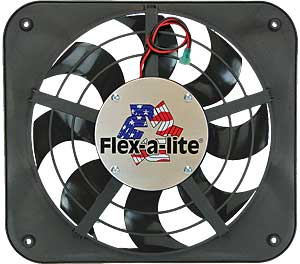 The installation of the electric cooling fan is pretty universal. Obviously you first need to pick one. I’ve had great results from this Flex-a-lite with variable thermostat. Installing the electric fan sounds difficult, but it’s actually pretty straightforward. Remove the old fan and shroud, place the new fan and attach it to the radiator with the supplied hardware. Install the temperature sending unit and relay, then wire it up according to the directions, and you’re done. The directions usually say to mount the controller in the engine compartment, but putting it within reach in the car allows you to adjust the fan during passes and warm-up.

“Installing an electric fan” sounds ominous, but it isn’t. By and large you shouldn’t need any special tools that you don’t already have. I can’t give you the exact steps that you’ll need for your car, but the process is almost identical no matter what kind of car you have. The kit that you purchase will contain detailed directions, especially if you select a Flex-a-Lite kit, but the basics are as follows:

In the other articles in this series I mentioned steps you can take and things you can do to increase power output by making a hotter spark. Now we need to make sure that your car’s electrical system can keep up with the demand. I would normally recommend that you replace the wiring in older cars, but as long as you thoroughly inspect it you should be fine. I would recommend increasing the wire gauge (diameter), feeding the primary (12 volt) side of the coil(s) with a 12 gauge wire instead of the 14-16 ga. that is usually used.

First off, while you’re converting to a serpentine belt system and electric fan, upgrade the alternator in your car to one that is capable of producing 100 to 120 amps. Stock alternators typically max out around 60-70 amps, which is OK for a stock vehicle, but is too anemic for an engine we want producing more than 600 or 700 horsepower.

This goes for the battery, as well. Get rid of the sickly stock one immediately! If you’ve done what I think you have to your engine, the stock battery won’t be enough to turn the engine over for very long. If you’ve got the money, go with one of the specialized batteries for race cars, or an Optima yellow body. If that’s outside your price range (and $200 for a battery certainly is for many) go with the biggest Interstate battery that will fit your engine bay. 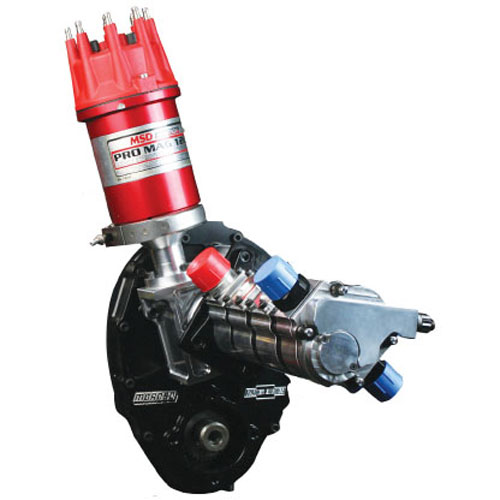 Finally, as a way to potentially increase reliability, consider installing a magneto to replace the distributor and coil.  In essence, a magneto is a combination of generator and distributor. It uses magnetic induction to create the hottest and most reliable spark possible so we can generate the most power possible. Racers use magnetos because they provide a hotter spark.  The heat generated by racing doesn’t cause it to break down like a coil can. In the olden days of automobiles, before even I started wrenching on them, magnetos were all the rage.  They don’t require an outside electrical source and save weight in the engine compartment since they take the place of the battery, distributor, and coil. Unfortunately, they also throw off huge amounts of electrical interference, so most radios don’t work when a magneto is in use nearby.

Installation of a magneto is usually pretty straightforward, but will depend on exactly which one you choose, so if you choose this route, just follow the directions. REMEMBER: A magneto will completely wash out any stereos and most two-way radios within about 100 feet when they’re in use. 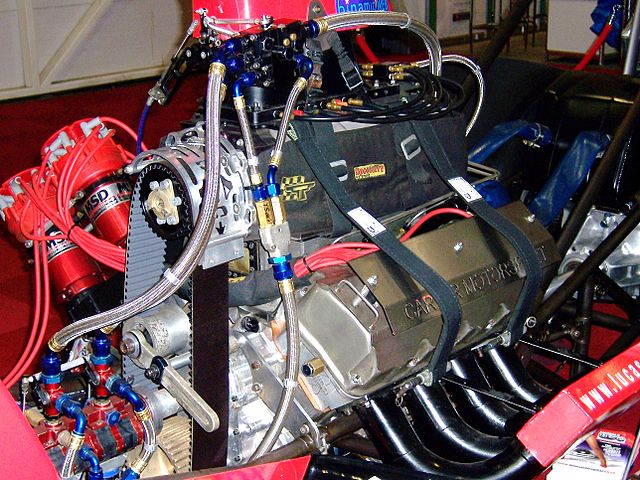 Another reason magnetos are installed is that they present fewer points of failure. With a magneto, the ignition system consists of the magnetos, the plug wires, and the plugs. With a distributor, you’ve got the distributor, the plugs, wires, the coil, most likely a ballast resistor, the wiring between the coil and the distributor, and the wiring supplying the power. When fewer components are involved, tracing problems becomes much easier.

In this series, we’ve talked about a number of relatively easy and inexpensive things you can do to increase the power output from your strip burner and lower your pass times while increasing your speed through the traps, and we have more to come, so stay tuned.