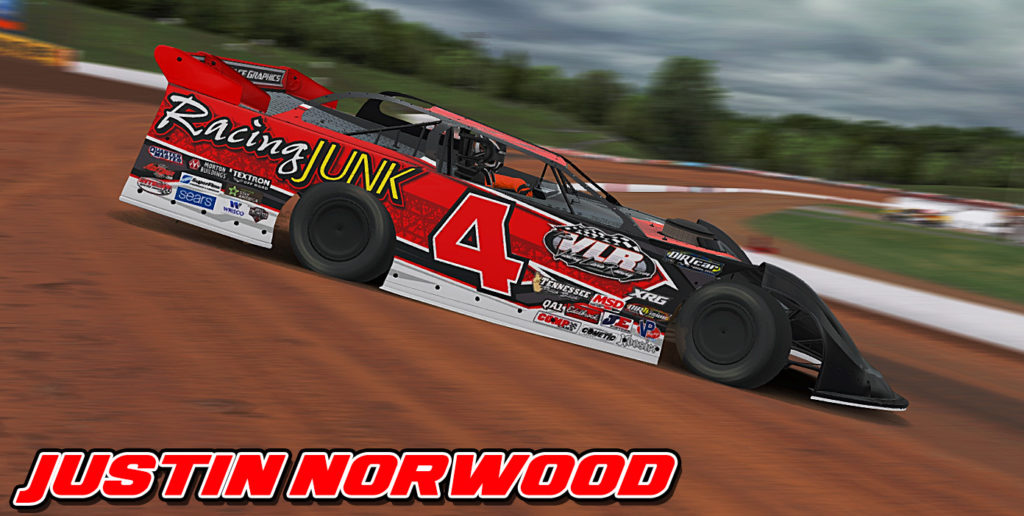 The action begins at 8:30pm eastern sharp with qualifying, followed by the B Main and A Main!

VLR driver Justin Norwood will be wheeling the RacingJunk.com Dirt Late Model as he currently stands second in the point standings in search of a victory. Be sure to tune in!