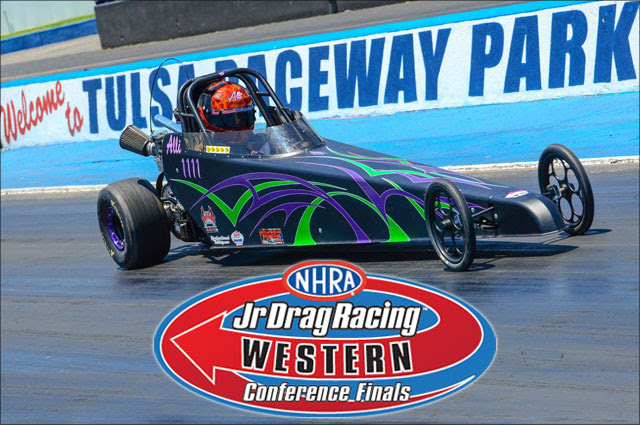 “The future stars of NHRA Drag Racing are showcased at these two events and we are pleased to have these two exceptional facilities as host tracks,” said director of field marketing for NHRA, Eric Lotz. “Both are rich in drag racing history and are excited to be a part of he NHRA Summit Jr. Drag Racing League.”

Todd Martin and Keith Haney, Osage Tulsa Raceway Park owners, are highly optimistic about growing this event and have already reached out to the City of Tulsa and the surrounding communities. “To have the opportunity to host such an event is an honor and we are looking forward to showing the fans in the Tulsa area what the future of Drag Racing looks like,” said Martin.

The NHRA Summit Racing Jr. Drag Racing League was created in 1992 and allows kids between the ages of 5 and 17 to experience motorsports competition firsthand in a controlled environment at tracks in each of NHRA’s seven geographic divisions. Many of the league’s former participants have gone on to compete in other NHRA classes, such as Top Fuel racer Shawn Langdon and two-time and defending NHRA Pro Stock world champion Erica Enders.

Kids get their experience behind the wheel of half-scale versions of Top Fuel dragsters that use a five-horsepower, single-cylinder engine.  These Jr. Dragsters can go as fast as 85 mph and as quickly as 7.90 seconds in an eighth-mile, although younger age groups are restricted to slower times and speeds.

The program takes place at NHRA’s 130 member tracks and most offer weekly Jr. Drag Racing League programs where kids can race to earn points toward the track championships in their age group. The points are then used to determine who is chosen to represent the track at the Conference Finals.