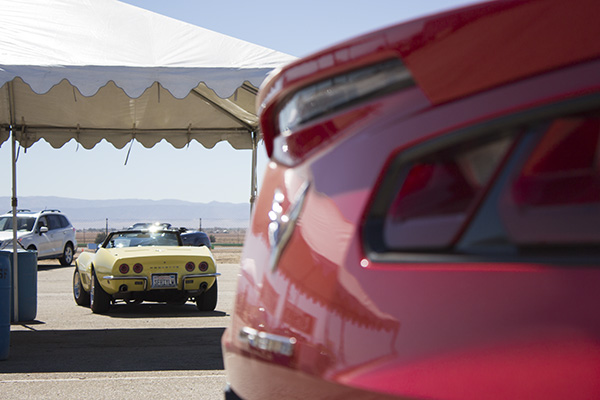 A couple of weeks ago I was invited by the Motor Press Guild to participate in their bi-annual Track Day. Honestly, it’s a way for manufacturers to show off some of their more “enthusiast-oriented” vehicles to curry favorable reviews from the automotive media. But who would turn down the opportunity to ride along on a closed circuit in cars that are little more than race cars for the street? So off I went, helmet in hand, to ‘suffer’ through a track day with over thirty different automotive options. Yeah, it’s a tough job.

Ideally, all automotive performance reviews would be conducted on a track rather than receiving a car to drive around on public streets for a week. You can feel the subtleties in the steering and suspension tuning on a track, without worrying that the clown drinking coffee (let’s hope) and on his phone next to you, will forget to signal and smash into you. You’re attuned to the slightest twitch because you can focus completely on the track and car. 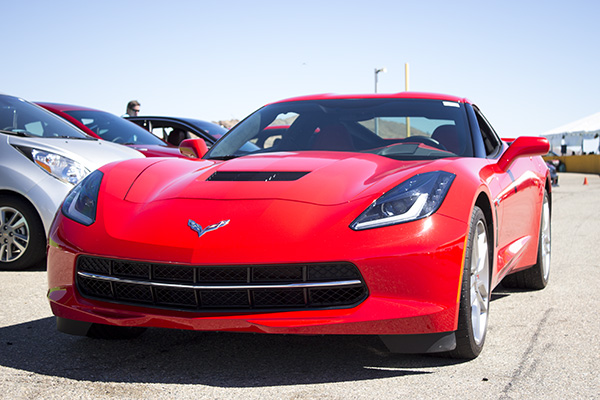 I assumed that one car in particular would be there and I was not disappointed– the brand new C7 Chevy Corvette Stingray. However, the surprise guest star was the Lotus Exige S. The car isn’t even available for purchase in the US! Moreover, it’s essentially a race car with turn signals that most people wouldn’t even consider purchasing, so it was curious that Lotus would bother bringing it out.

There were many other cars there, which you can check out in the gallery below, but these were by far the most impressive offerings. Both vehicles build speed and change direction so quickly that they’re truly race cars. Now, the Vette has a large 6.2L V8 LT1 engine, good for 460 hp, while the Exige S features a relatively diminutive 3.5L V6, but it is supercharged with an Eaton-type Harrop blower making a total 345 hp. If you’re asking yourself how these two can possibly compete, it’s pretty simple: weight. 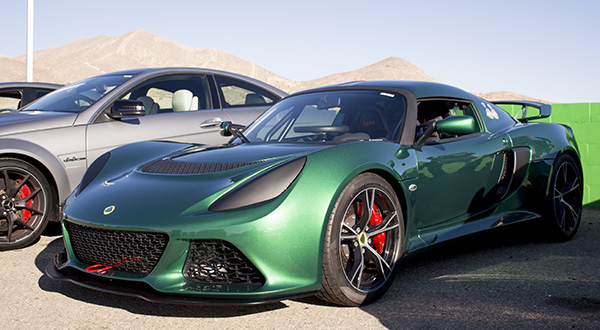 The Lotus is much lighter than the Vette. But this doesn’t mean that the Stingray is a pig. Far from it–I was particularly impressed by how quickly the new Vette sheds speed; its brakes are other-worldly. More importantly, they’re predictable and stable. As we entered corners, the driver would calmly ease off the throttle, engage the brakes firmly and progressively and the Corvette would barely dive. There wasn’t any squirm under braking either as the C7 followed the steering inputs impeccably. You could feel the rear end waggle almost imperceptibly when throttle was applied aggressively but it never stepped out. The traction control kept things in line and allowed for extremely quick lap times. It was also nice to ride around in air-conditioned comfort while driving like you’re trying to qualify.

The Exige S does have a large advantage when it comes to braking and turning because of its lower weight. Its brakes are equally good although the car does dance a bit more. But I still remember watching it turn laps and thinking that it was going to go off several times. It never did. The man behind the wheel was Grand Am racer David Murry.

I climbed aboard and fastened the four-point harness, then put my helmet on. The fire suppression system was located beneath my knees. He asked if I was ready and I nodded. He didn’t “ease” the Exige onto the track. As soon as we were clear, he mashed the gas and proceeded to row through the gears heading into the first turn, a gentle high speed sweeper. He got off the gas as we went through the sweeper then stabbed the brakes to slow and set the front for the right-handed hairpin. He was on the gas again before we were completely through the hairpin, sliding the rear end a bit. He backed off the gas for a moment to regain traction and threw the car into a couple of esses. This led to another fast long right handed sweeper that ended in a chicane. Honestly, I don’t know how the car went left, then right again so quickly at that speed. Murry must’ve dialed in at least a quarter turn of lock and the car just zoomed ninety degrees to the left. It was astounding.

The following day, my neck was sore from the g-loads. I assume that the Vette was quicker around the circuit, but don’t actually know. In this case the C7 seemed like a smooth, ultra-fast sports car whereas the Lotus felt like a razor-sharp track-day special. Still, I couldn’t decide between the Stingray’s more powerful approach or the Exige S’ flyweight capabilities. Let us know what you think– what’s the right approach? More power or less weight?