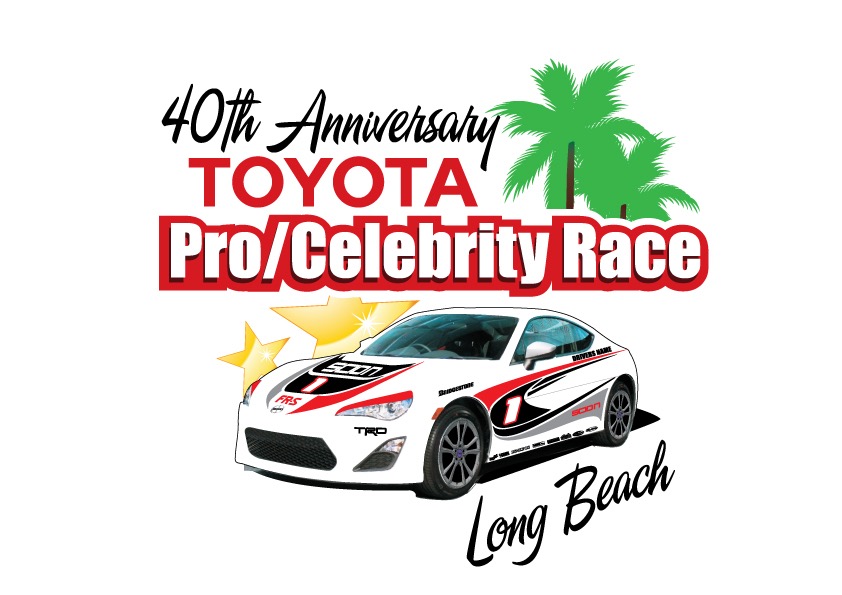 I’m in mourning. I feel like I’m losing one of my best friends in motorsports.

I’m sad because the Toyota Pro/Celebrity Race, one of the most popular undercard events of the annual IndyCar Grand Prix of Long Beach weekend, will reach the finish line for the final time on April 16.

The 40th edition of the Pro/Celebrity Race will also be the last. While Toyota will continue to sponsor the IndyCar main event for several more years to come, the Pro/Celebrity race has essentially reached the end of the line.

Changing business initiatives are part of the reason, which is understandable. As much as I’d love to see the Pro/Celebrity Race continue for many more years to come, sometimes good things do come to an end.

“At Toyota, we wanted to do something unique for this final race,” Ed Laukes, vice president of marketing, performance and guest experience for Toyota Motor Sales (TMS), U.S.A., said in a release. “By hosting a field comprised mostly of past Toyota Pro/Celebrity winners, we anticipate this to be the most competitive race in the event’s history with a diverse field of celebrity and professional drivers.”

It’s rare that an exhibition race has a 40-year lifespan, yet the Pro/Celebrity race has been a rare race indeed. Sure, there are “celebrity” races on occasion at various race tracks and in various sanctioning bodies, but the Toyota Pro/Celebrity Race was all business from green flag to checkered flag.

Sure, the race was made up of a number of actors, musicians and professional drivers, but no one took their task easy or for granted. If a non-racer was going to compete, they had to prove to Toyota and race organizers that they were serious about going full-out. There were going to be no gimmies or free passes.

Over the years, many of the celebrities had to take lessons and attend practice sessions at various facilities, including California’s Willow Springs International Raceway, just to – no pun intended – get up to speed.

And don’t think the celebrities that participated took that participation for granted. They showed the same kind of competitiveness they did when they’d audition for a new TV series or a role in a movie.

Plus, the Pro/Celebrity Race gave everyone who had the ability a chance to race, regardless if it was a man or woman.

I remember a now deceased colleague of mine took part in the race in the late 1980s. Before she left to test at Willow Springs, I recall she was as giddy as a kid opening up their long hoped for present under the Christmas Tree.

I was invited to run the race once in the early 1990s, but logistics never quite worked out, and it’s one of the biggest regrets I’ve ever had in my career.

Now, the Pro/Celebrity Race will soon be history. April 16 will be the last day it takes the green flag and ultimately its final checkered flag on the 1.97-mile temporary street course, with all participants driving identically prepared 210-horsepower Scion FR-S cars.

To Toyota’s credit, it’s bringing back a number of past winners to take part in this one-time, winner-take-all finale. It’s practically a Who’s Who in racing, including the likes of Al Unser Jr., Jimmy Vasser, Max Papis, Eddie Lawson and Mike Skinner.

While all of those names are former winners, there’s actually an even bigger winner that benefitted from the Pro/Celebrity Race: “Racing For Kids,” a charitable organization supporting children’s hospitals throughout the United States.

Since 1991, Toyota has donated more than $2.3 million to the organization on behalf of this race and its participants.

In addition, business executives Dave Passant and Doug Fregin have raised more than $750,000 between themselves for Racing For Kids – and they’ll be in the final edition of the Race, as well.

But even with all the memories of past races and past winners, it still saddens me that this is the final run for the Pro/Celebrity Race.

At the same time, hopefully the participants will make this a race truly to remember.

“This should be a thrilling race with so many of the participants past winners here at Long Beach,” Jim Michaelian, president and CEO of the Grand Prix Association of Long Beach said in a media release. “It will be interesting to see who best recalls the racing technique that will enable them to once again stand on top of the podium.”