NHRA drivers Steve Torrence, J.R. Todd and Drew Skillman had a reason to celebrate this weekend after obtaining their first wins at the Chevrolet Performance U.S. Nationals at Lucas Oil Raceway at Indianapolis. 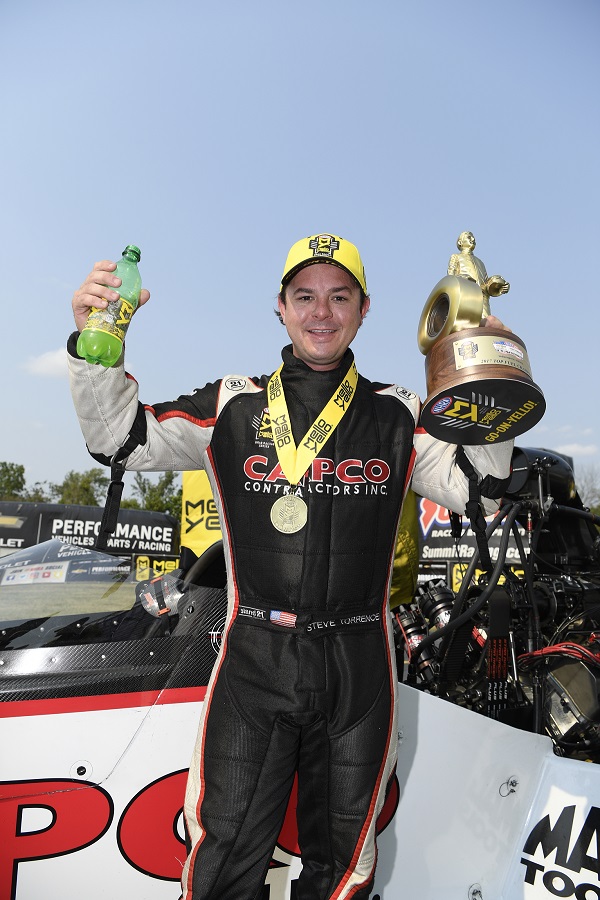 After defeating rookie Ashley Sanford, reigning and three-time world champion Antron Brown and Leah Pritchett, Torrence moved on to the final round against Kebin Kinsley. While Kinsley ran strong throughout the weekend in Indy, he lost traction in his Road Rage Fuel Booster dragster after lining up against Torrence. This gave the double weekend winner a chance to defeat Kinsley with a 3.757-second pass at 322.96 MPH for his seventh win of the season. 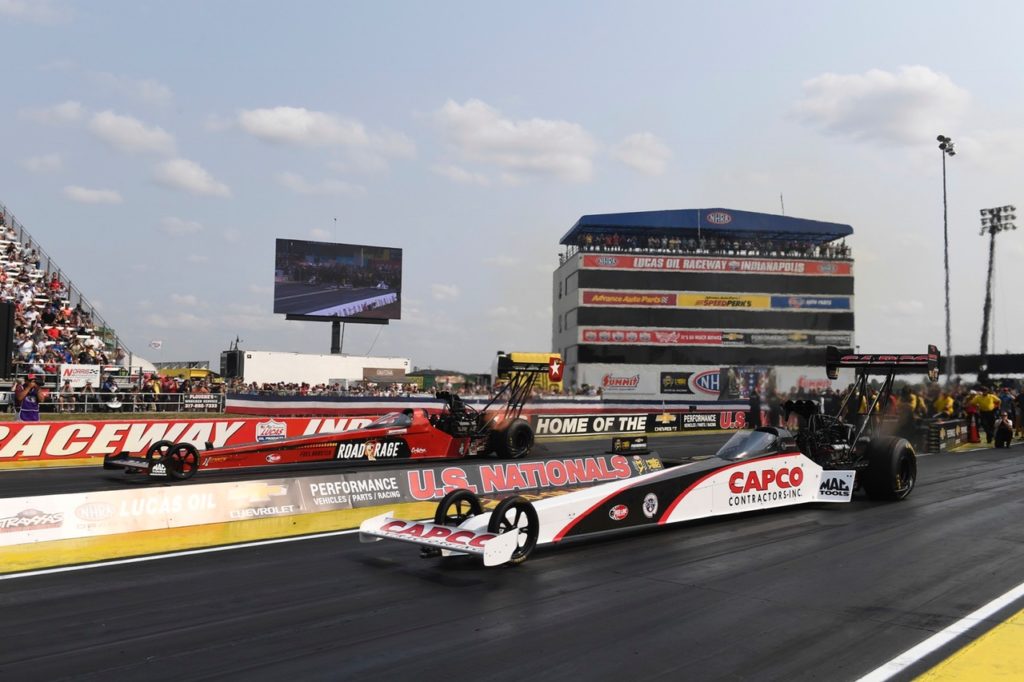 “This is surreal,” said Torrence. “I don’t even know if I’m realizing what’s going on right now. This is our biggest race and what we race our careers for. Unless you are a racer and in this situation, I don’t think I can even explain the feelings that you get. This is us winning the biggest race of our sport. I said this the other day – you can win a bunch of championships, but if you don’t win Indy then you haven’t really done much.”

With his semifinal win over Pritchett, Torrence clinched the No. 1 seed heading into the Countdown to the Championship, NHRA’s six race playoff. 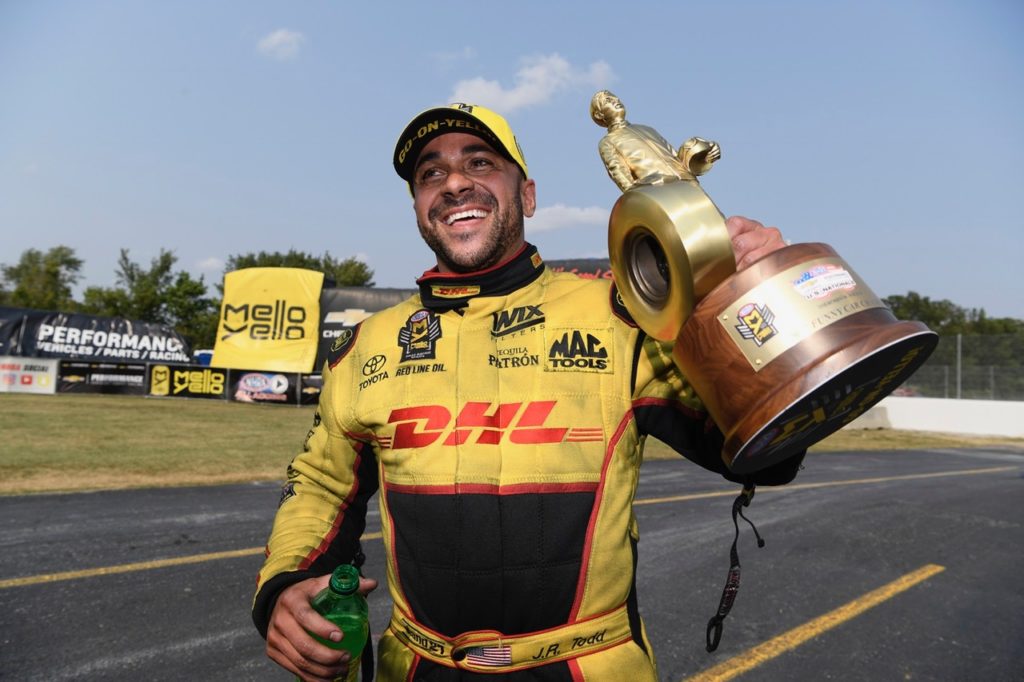 Although facing reigning Funny Car world champion Ron Capps in Labor Day Monday’s final round would be a serious challenge, the Indianapolis native took that challenge and ran with it to take down the illustrious Capps with a pass of 3.949-second pass at 325.53 MPH for his second and most important win of the 2017 season.

“This was where it all started for me in Jr. Dragsters,” said Todd. “I remember watching Capps as a kid, and now I had an opportunity to face him in the final round of Indy. It’s too surreal. Like Torrence said, you win at Indy and you know you’ve beaten the best in the sport.”

While Capps would fall to Todd at Indy, he remains the Funny Car points leader going into the Countdown to the Championship, NHRA’s six race playoff. 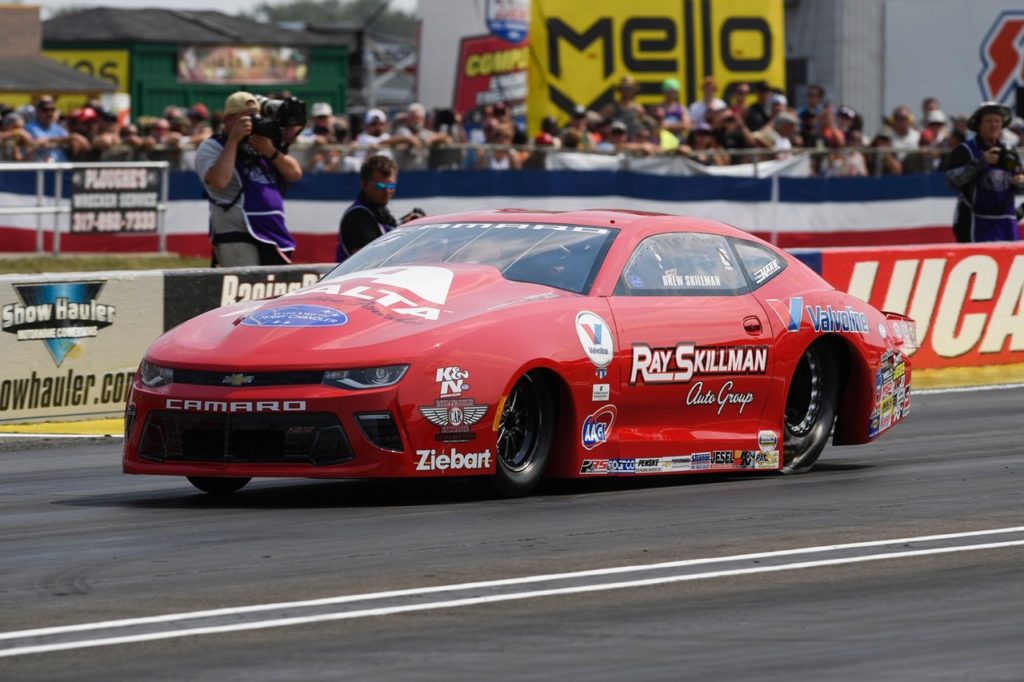 Pro Stock driver Drew Skillman also grabbed a legendary win, his fourth of the season, at the Lucas Oil Raceway. On the way to his victory, Skillman defeated Pro Stock veteran Jeg Coughlin Jr., Chris McGaha and rookie and No. 1 qualifier Tanner Gray on his way to the final round against Greg Anderson.

“I cannot speak highly enough of my team,” said Skillman. “They have been killing it. Consistency is super hard in this sport and we have a car that keeps repeating. This has been a long time coming; we have worked really hard to finally get something like this to happen. There’s a very small list of things I’d really like to do in life and this is one of them.”

The 2017 NHRA Mello Yello Drag Racing Series season continues Sept. 15-17 at zMAX Dragway with the 10th annual NHRA Carolina Nationals and the kickoff to the Countdown to the Championship. Stay tuned to RacingJunk.com for all your NHRA coverage!