Hines’ season started off a bit roughly, with a first-round loss in Atlanta. Since then, however, it has improved drastically – he won in the U.S. Nationals and is now number one in points. 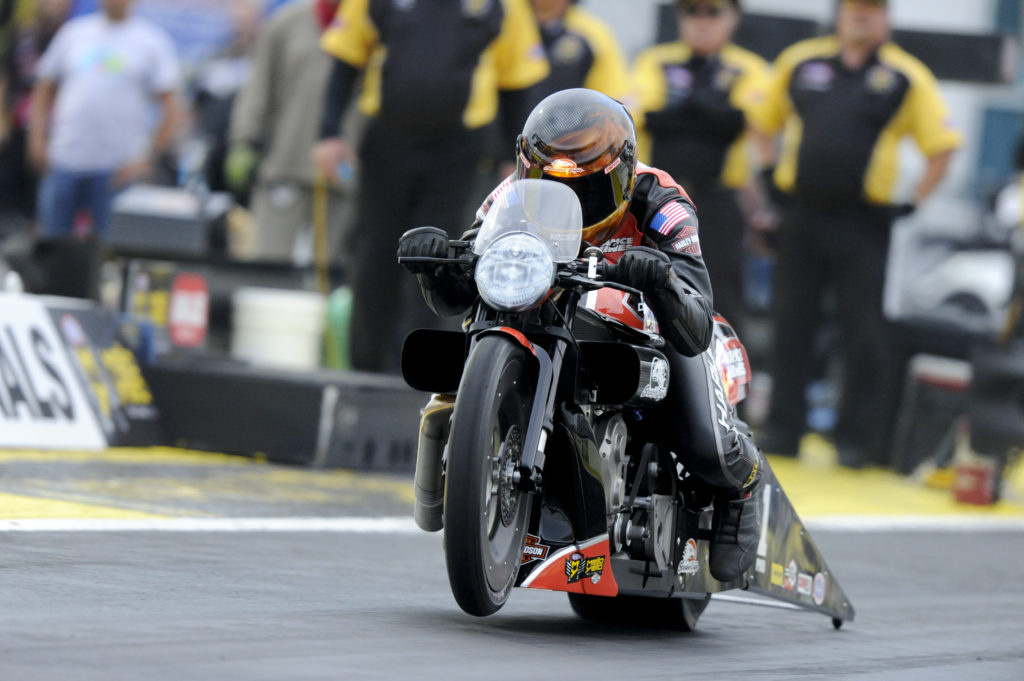 “It’s going to be tough. The Pro Stock Motorcycle competitors have found every which way to make the class tighter than it has been in years past,” said Hines. “I always talk about the class getting better, but you can see that’s the truth separated by 1/10th of a second.”

Line, in contrast, got off to a very strong start, but his season has tapered off a little since then. He sees the upcoming Charlotte race, the first in the Countdown, as key to his success in this season. 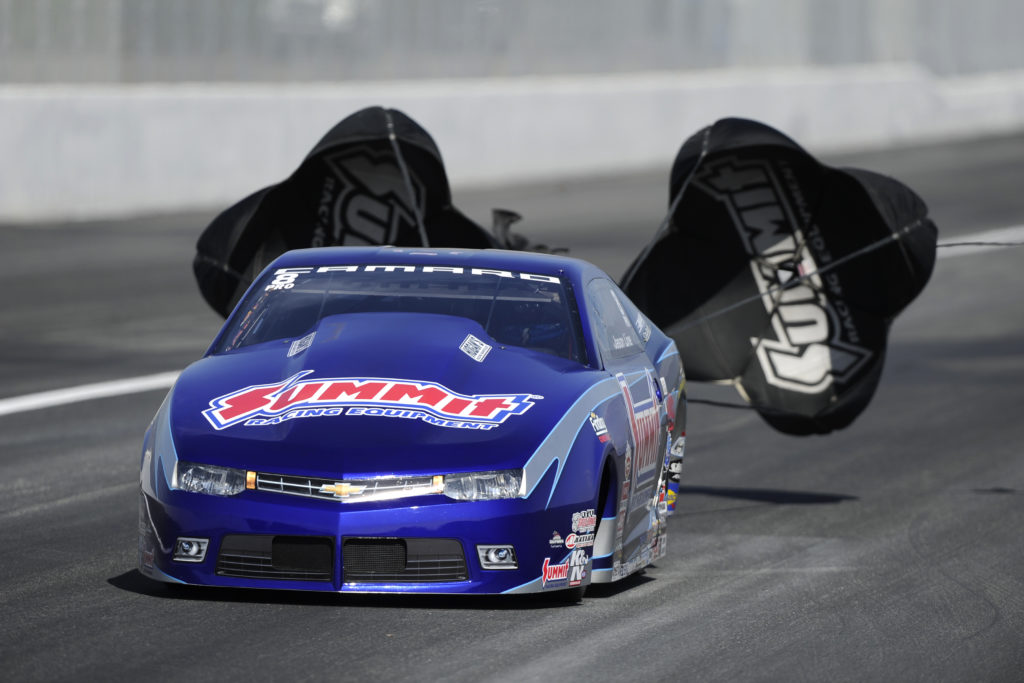 “When we’ve gotten off to good starts, we can be tough to beat. Obviously winning at Charlotte is very, very, very important,” he said.

Capps has already won five races this season. Of the remaining six races, he is most concerned about St. Louis, due to the humidity, though the one track he has never won on is the one at Maple Grove. 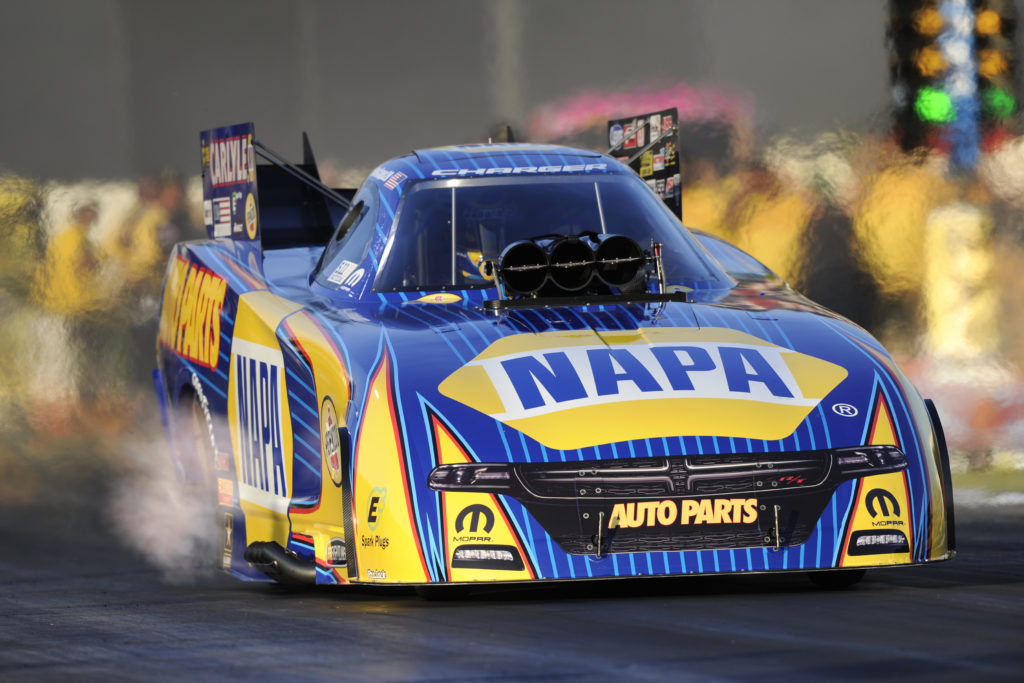 “I think this could be the year,” he said. “I never thought about being a Mello Yello champion. I just wanted to be a racecar driver and I wanted to drive a Funny Car. It will come, I’m sure. We got a great team.”

In the entire season, Brown and his team have only had one first-round loss. The team won the championship last year, and Brown is confident that they can do it again. 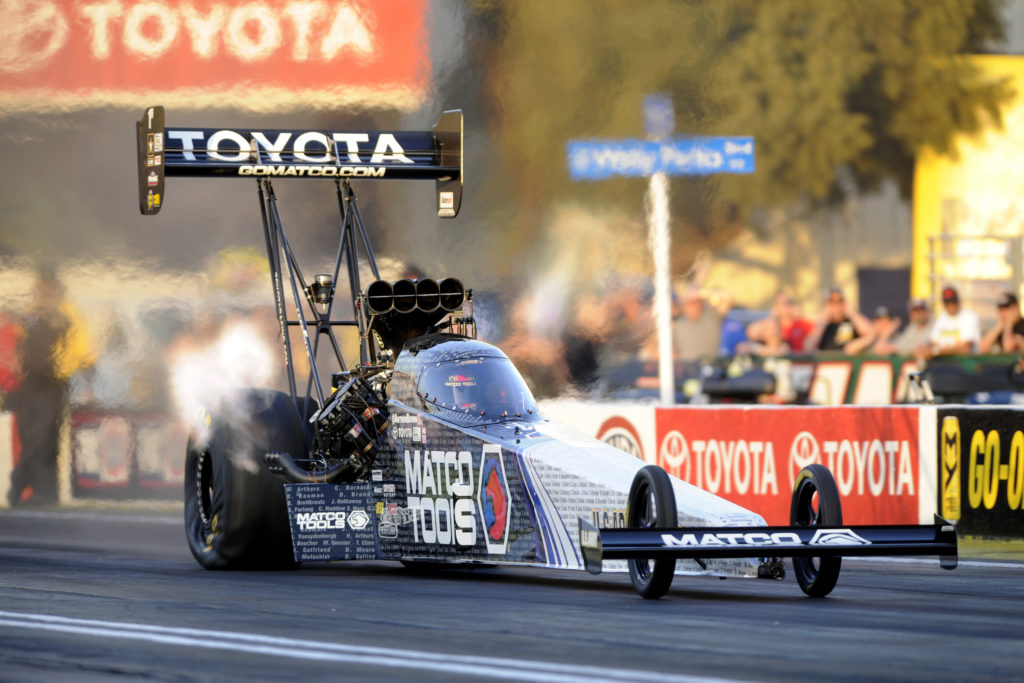 “When I go into the Countdown race, I’m going in with the team,” he said. “We have all the necessary key pieces and ingredients to win this championship.”

The Countdown to the Championship begins Sept. 16-18 at zMAX Dragway.