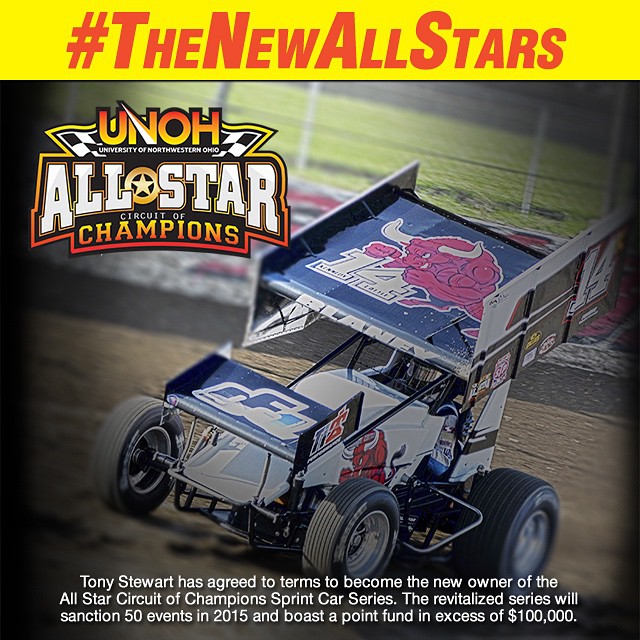 Webb is confident that Stewart will be good for the circuit.

“I’ve put my heart and soul into the All Star Circuit of Champions for many years, and it gives me great peace of mind to hand over the reins of this series to Tony Stewart. [He] is dirt track racing’s biggest advocate, and he’s always working in the best interest of sprint car racing. His leadership will ensure the success of this series for many years to come.”

Stewart, who also owns Eldora Speedway and Tony Stewart Racing, has also made a deal with Shane Helms and Rob Hunter of the Renegade Sprint Series to bring the two series together as the All Star Circuit of Champions. With STP stepping out of the WoO Sprint Car Series, this could put Stewart in a position to take the All Star Circuit to the number one sprint series.

The 2015 UNOH All-Star Circuit of Champions opens February 5-7th at Bubba Raceway Park in Ocala, Florida, followed by events near Barberville, Florida at the Volusia Speedway Park, February 11-12. The first point race will be March 28th at the Atomic Speedway, Chillicothe, Ohio.