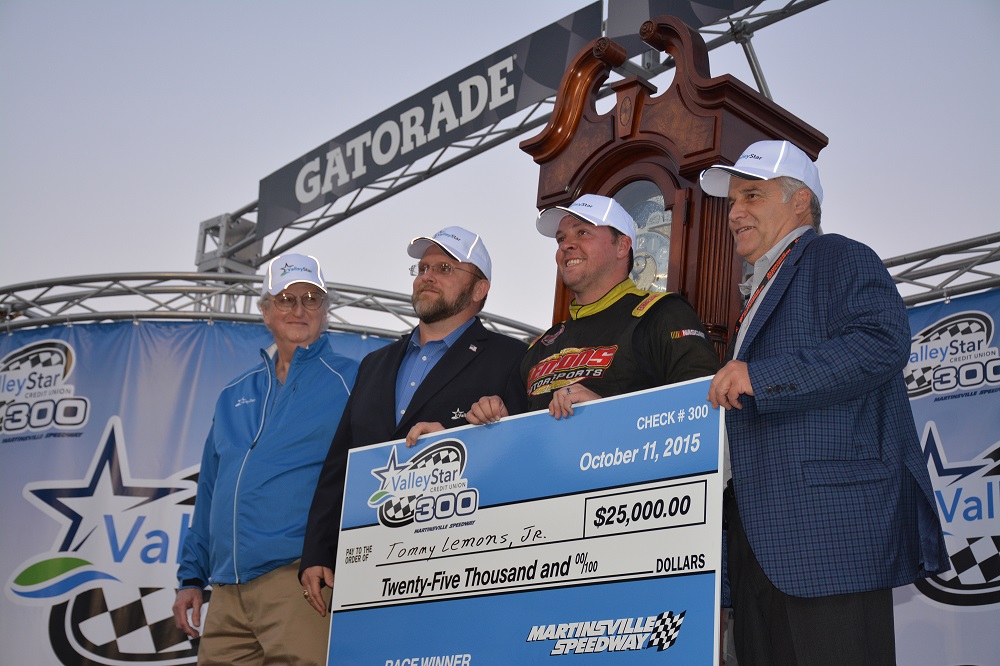 After surviving yet another wild and confusing finish Troy, NC native Tommy Lemons, Jr. took home his second grandfather clock, along with $25,000, after winning the Valley Star Credit Union 300, at Martinsville Speedway this weekend. 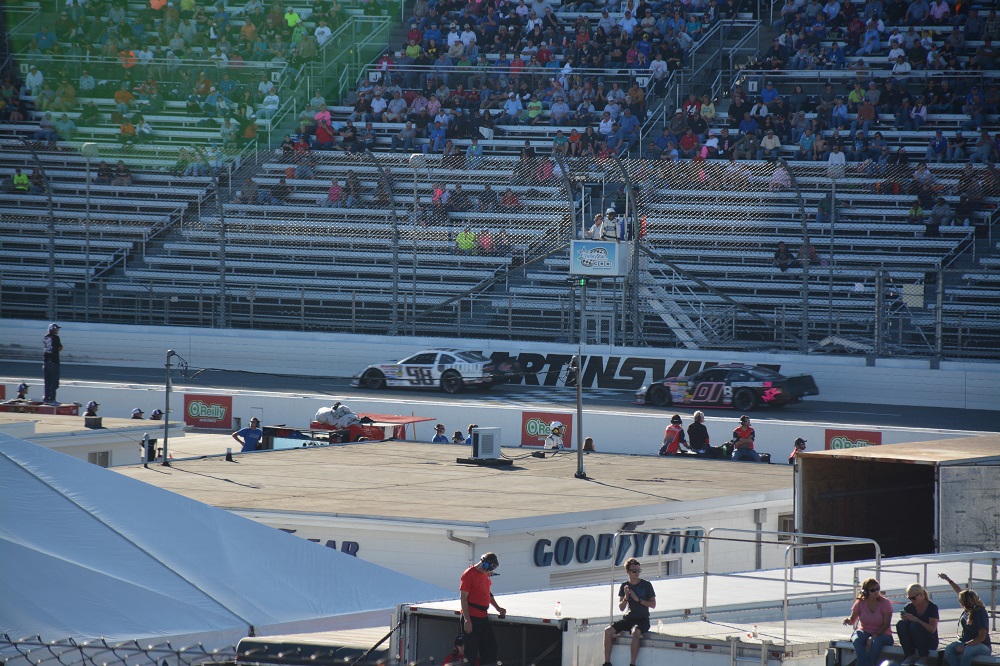 Starting in the 12th position for the most challenging race of the season for late model drivers throughout the Southeast, Lemons No. 27 didn’t prove to be a dominating car throughout the 200 lap feature. In fact, Lemons hung inside of the top-10 seeming as though he was just ready to pounce on his chance to challenge dominating leaders Todd Gilliland, Jake Crum and NASCAR Camping World Truck Series star Timothy Peters.

Due to a new rule that would allow for a blind draw, the top-eight cars were inverted to the top of the field at lap 150, allowing Lemons the opportunity to prove that he could hang onto this lead and leaving the former race dominator, Todd Gilliland doing everything that he could to get back to the lead.

“Gilliland definitely had the car to beat today,” said race winner Lemons. “He’s been good all weekend. A lot of people felt like he should have been on the pole.”

Despite having the dominate car and pulling back to second behind new race leader Lemons with just a few laps to go in the Valley Star Credit Union 300, 15-year-old Gilliland saw his hopes go up into a cloud of smoke on a late race restart.

“I don’t really know what happened,” Gilliland said. “Someone just got in our left rear and sent us up the track a little bit. It’s a bit frustrating after you’ve been leading all those laps, but we will learn from this and it will make me a better driver.”

Although Gilliland went from first to 24th in the final laps of this hard fought battle, fastest qualifier and top three challenger Timothy Peters had his chance to battle for the race win alongside Lemons. Although it appeared that the NASCAR star would show the weekend warrior how it’s done, Peters would get loose on the final lap after rubbing his right side tire with the tire of race winner Lemons, leaving him spinning and taking a hard hit into the inside wall before sliding across the finish line.

“I had a good run on Tommy going into that final turn,” said Peters. “I was going to try to slow him down a little bit after by rubbing against his door panel, but I ended up hitting his tire and that is what caused me to go head into the wall.”

Fortunately, Peters would walk away unscathed, due to his No. 12b taking all of the brutal force, and come home in fourth place.

“Timothy had a good run and had to protect the line,” said Lemons. “When we went into three he gave us a shot, but that was to be expected when we are racing for $25,000 in these late models. I am just glad that I came out victorious.”

Although Lemons did come out the victor, there was a level of confusion that had some drivers wondering if this win was a justified one.

“I wasn’t affected by the inversion rule this time,” said 15th place finisher and NASCAR K&N Pro Series East driver Kaz Grala. “I still think that this is one of the craziest rules in auto racing. If the powers that be are dead set on continuing this rule for the future of this race, I say do they complete the blind draw at lap 100 and give us another 100 laps to catch the new leader.” 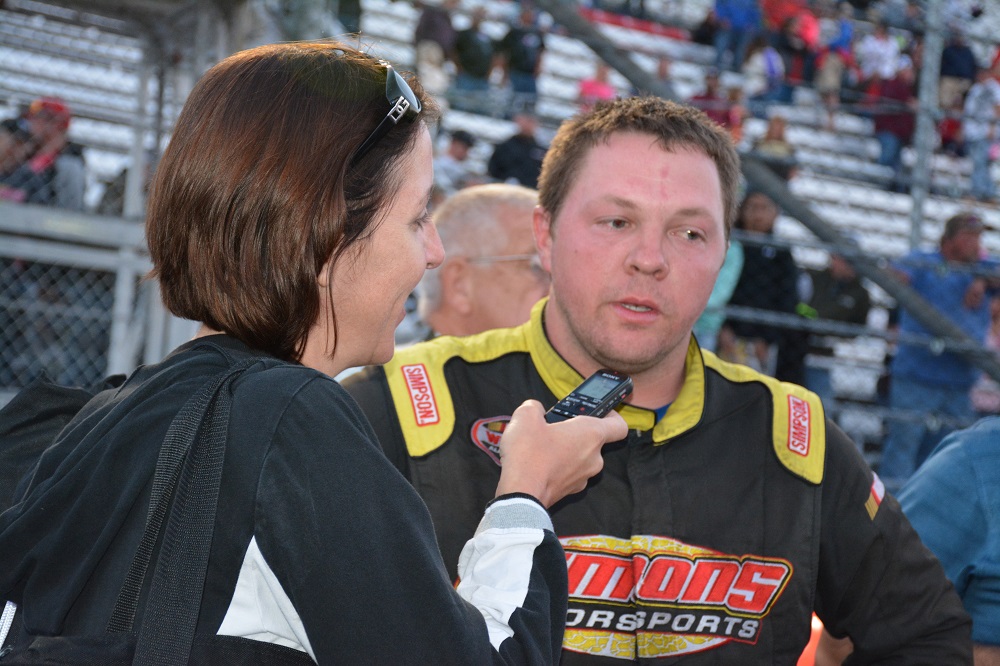 Despite feeling like he had the car to win and still proud to take home another grandfather clock, 2013 and 2015 race winner Lemons even questioned this new rule.

“It worked out this time, but next time we could be on the other end of it,” said Lemons. “Unfortunately, you have to play the game that is given to you and it worked out for us this time.”