Trophies used to be a very big deal in racing. Made of crystal back in the formative days of the sport – and even occasionally today (remember when Sebastien Bourdais’ INDYCAR trophy at Toronto was of two pieces and the crystal portion shattered as it separated in his hands?) – and more recently of metal, plastic and wood, each trophy is a physical mark of victory.

Some trophies are legendary, like the Indianapolis 500’s BorgWarner Trophy, INDYCAR’s Vanderbilt Cup and NASCAR’s Daytona 500 Harley J. Earl Trophy. Those are the giants of the American race industry, while most prizes for race winners are plaques, bowls and other sundry items that mean plenty to the recipient but don’t always have cachet. 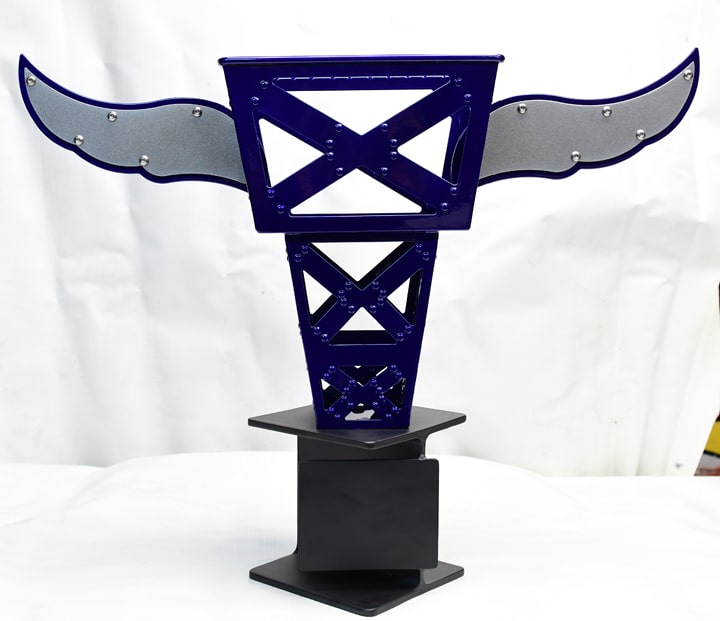 Tom Michael Patsis is doing his best to change that with his Cold Hard Art (CHA) studio in Brownsburg, Ind., where he makes trophies, model race cars and other pieces of metal whimsy, all constructed from discarded race engines, transmissions, superchargers and, occasionally, racecar chassis or body parts. 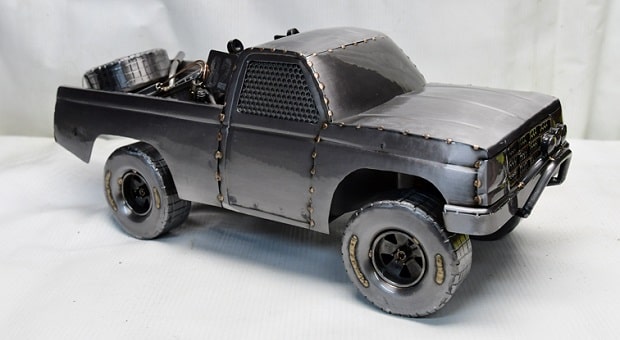 Tom Patsis initially worked as a mechanic on Don Schumacher Racing’s (DSR) Pro Stock Motorcycle teams more than a decade ago, prepping Suzuki motorcycles for, among others, Angelle Sampey and Antron Brown. When that project ended, he was added to the team’s fabrication squad. To hone his (at that time) minimal welding skills, Patsis practiced by making items like stainless steel roses and model cars, using discarded, race-used metals. People liked them; soon there were orders for specially fabricated cars to give as special occasion gifts. 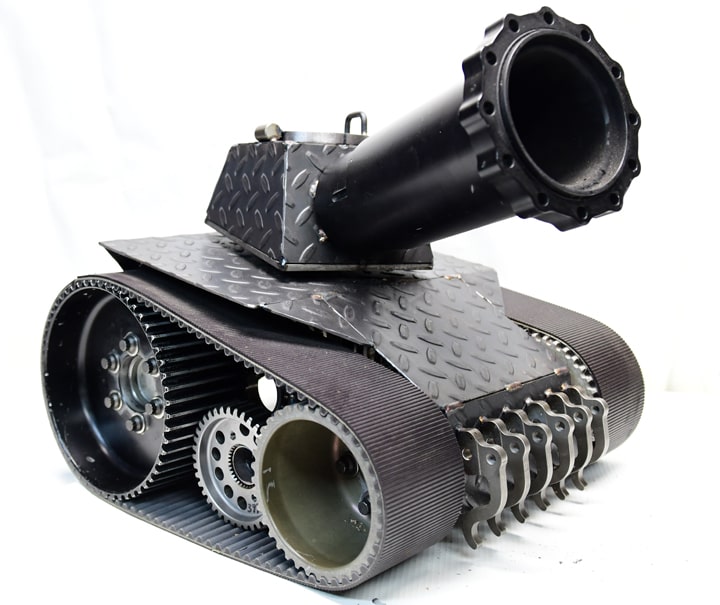 At first Cold Hard Art was a late-evening, after-work venture, with drag racing fan Bodie Brandt supplying a Miller welder so that Patsis could easily learn how to burn and burnish metals. Brandt was his first customer; although he died while working on one of his oil derricks, “I think about Bodie all the time.”

Cold Hart Art’s raw materials come from all over the country, but particularly in the Brownsburg and Charlotte, N.C. areas. That’s where NASCAR and NHRA teams are located. “Racers go through so many parts,” Patsis acknowledged, and while some items might be reusable or offered for sale to smaller teams, much of it becomes scrap.

Perhaps he hasn’t thought about it this way, but Tom Michael Patsis is doing his part in keeping racing a bit more green, up-cycling all those parts that might otherwise go go a scrap heap. And his trophies do hearken back to a time when winners’ presentations were a gala all their own, with gleaming metal and glass artifacts that would mean as much to a race winner as crossing the finish line first.