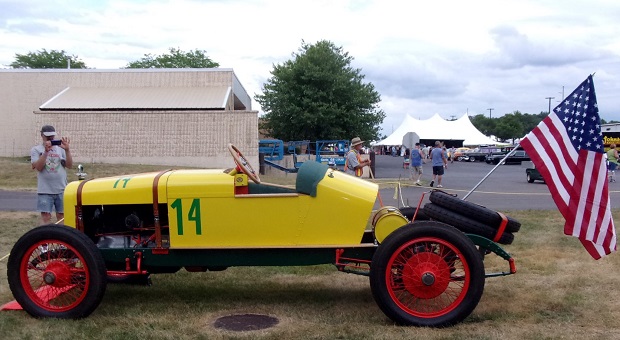 “This was my grandfather’s dirt track racer,” Knight explained. “He raced it from 1928 through 1939, and it was raced only on dirt tracks in Eastern Iowa in what they called American Legion Racing. They also referred to them as Tin Can Derbies or just general fair events.”

Such events would start with prelims; then they would take the fastest prelim cars and race them in a final event. The cars would run a 20-mile contest by doing 40 laps on a ½-mile dirt track. “Those cars had to weigh under 3,000 lbs.’ Knight pointed out. “They had to have no fenders or splash aprons or frame irons, and they had to be painted yellow or they couldn’t compete. In the entry sheets it said, ‘Don’t worry, if your car isn’t yellow, we’ll paint it before you go out on the track.’” 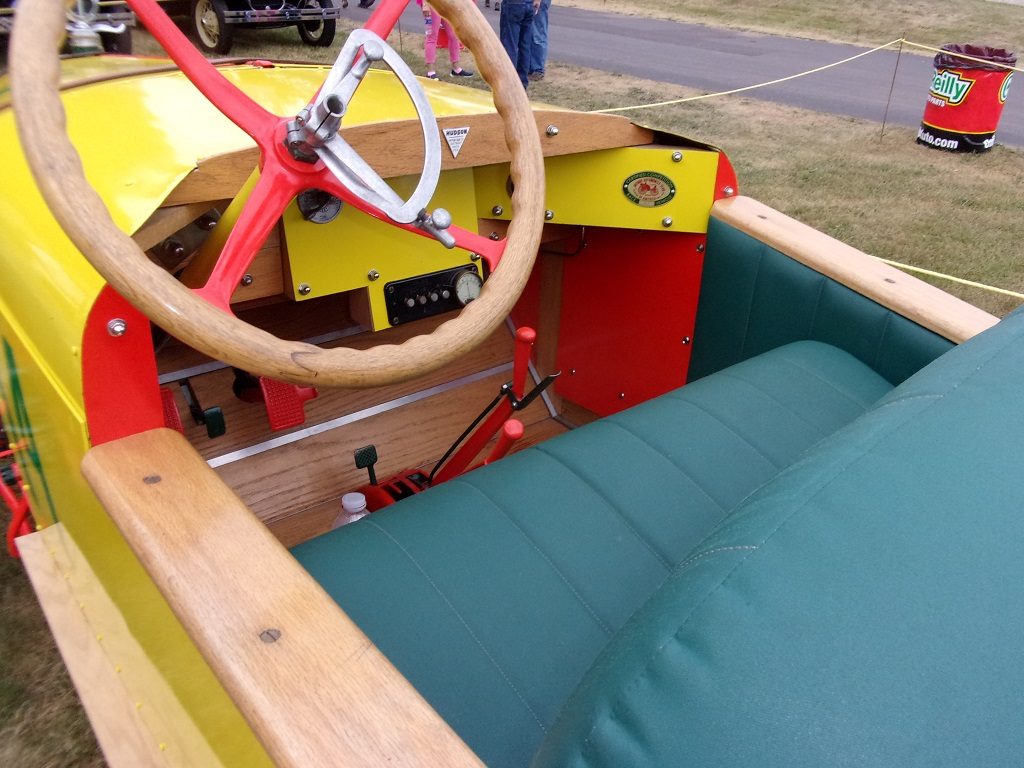 The yellow was required so the drivers could see other people through the dust. The promoters thought you could see yellow better through a dust cloud. “In a 20-mile event, the goal was to make it to the finish line,” Knight explained. “So the races weren’t won by the fastest car on a ½-mile oval – they were won by the most reliable car and the driver who could get through the early laps without a crash in a massive dust cloud.”

Godfrey Splichal has been written up in several racing books about dirt track racing. He raced in the 1920s in feature events when he was 23 years old, but the 1917 Hudson was not a feature event racer. This car was simply used in races for old relics. It was 10 years old when Splichal first started racing it.

Splichal’s last race was in 1939, and he won it with his 23-year-old car. The nearest competing racing car was 10 years old, so he was beating cars more than 10 years newer than his car in 1939.

“I grew up with a Hudson Grandpa who ran his last race in 1939 when his wife was pregnant with their son,” said Knight. “He was then turning 30 years old and the war was starting, so he just quit racing.”

According to Knight, when World War II came, Splichal took the car out to his father-in-law’s farm and buried it in a pile of wood to avoid giving it to the scrap drives. It sat there until 1964, when he brought it to his own barn and pushed it to the back, where it sat until the late ‘90s. “When I was growing up, I always remember that car pushed in the back of the barn,” Knight recalled. “Finally, in the late ‘90s, we got it out to restore it.” 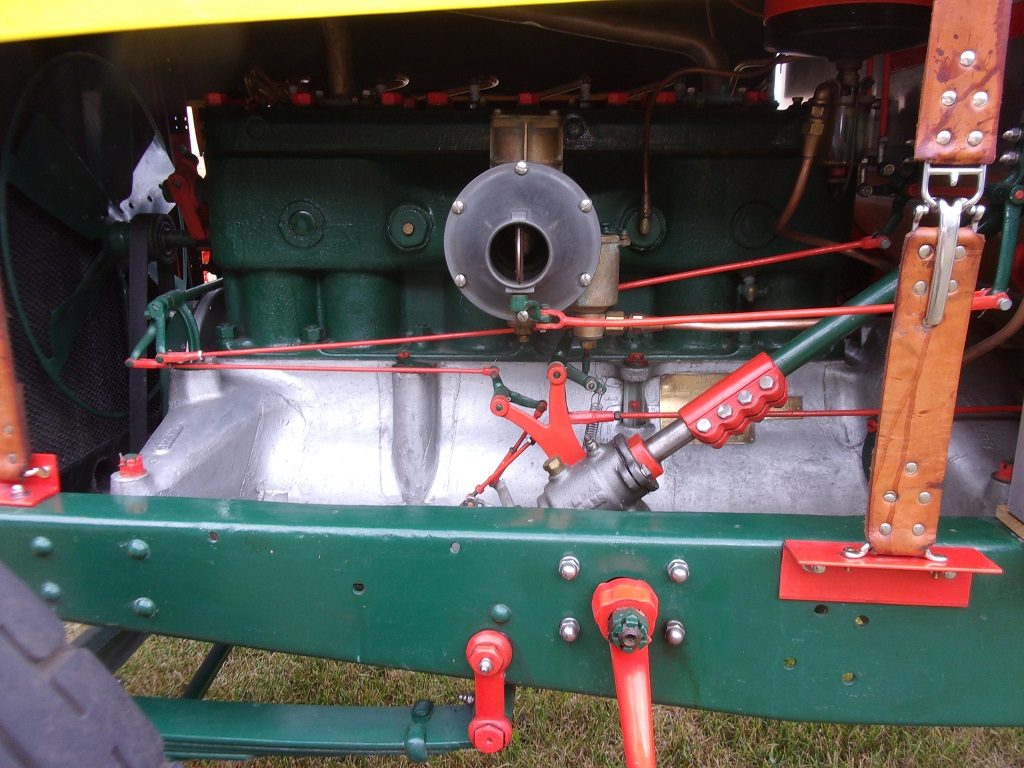 Knight said the car started out as a Hudson Super Six 4-passenger Torpedo bodied Speedster. It has certain parts, linkages and controls that were used only on Hudson 4-passenger Speedsters. Those were the optimum controls to convert a stock car to a Hudson racer. Splichal had access to a lot of cars, a lot of parts and a lot of chassis because he owned and ran the Hudson Garage in Cedar Rapids for years.

According to Knight, his grandfather tried to start racing again after the war, but ran only in exhibition events. “There was no money in it,” he noted. “My grandfather just kind of did a few events for exhibition, but there was not really any substantive racing.”

Splichal also built a bullet-proof police car that was made to chase gangsters. The Cedar Rapids Police Dept. hired him to make a car to take on Public Enemy No. 1 – John Dillinger. That was because Dillinger’s brother had a sister who lived in Cedar Rapids and the police thought Dillinger would hide out there. 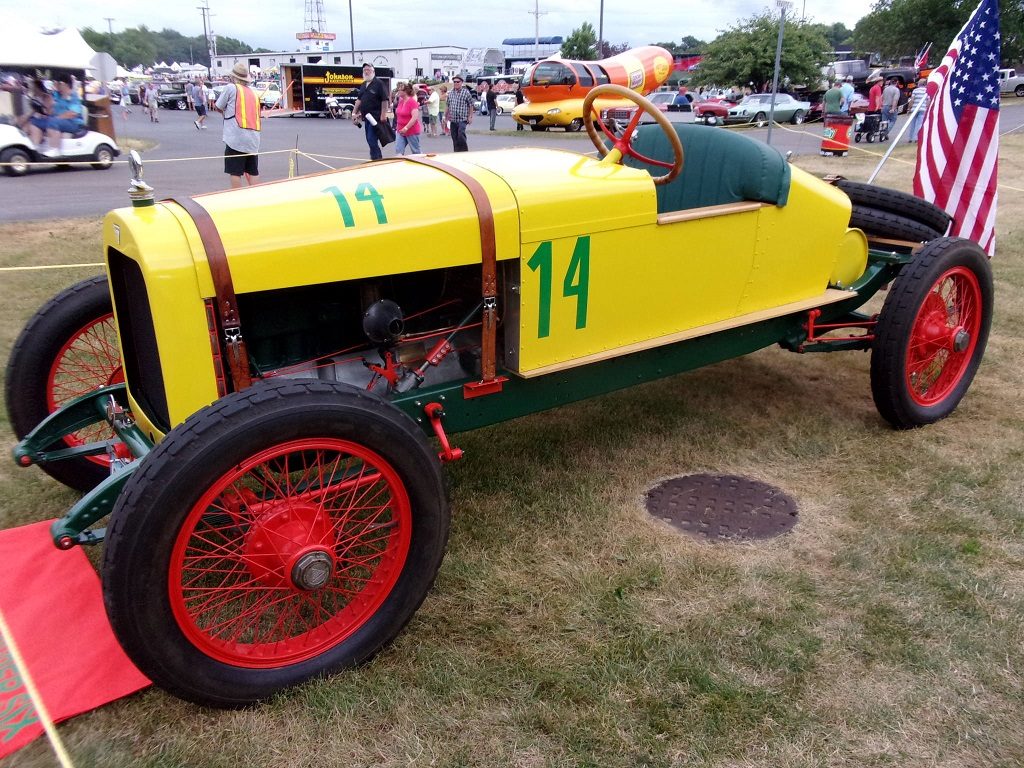