I’m getting excited just starting this article. There are some cars which purport to be road cars that can really hold their own on the racetrack, and there are the bonafide badasses. Plenty of people profess their love for racing, but don’t do much beyond building a racing car and parking it in their garage. TCI Engineering does not fall into this group. They took an iconic ‘67 Fastback, let it gather some dust and patina, and then started a complete overhaul. It was no easy feat, but at the end of their build, they produced something that looks like it offers a life-affirming experience and can wipe the floor with most exotics on the road course. 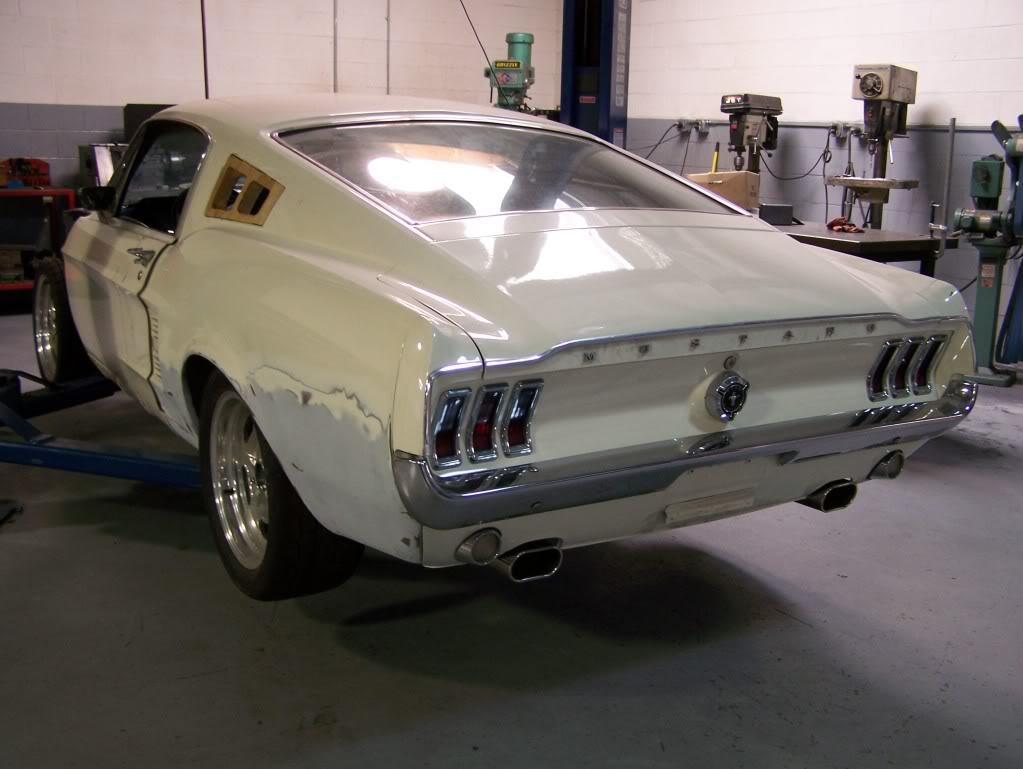 With their custom independent front suspension sitting underneath the 427 Windsor, they were off to a fantastic start. Full front articulation would benefit the Toyo R888 tires adorning the front axle, and those on the rear would be busy trying to put down the 570 horsepower and 580 lb/ft of torque. 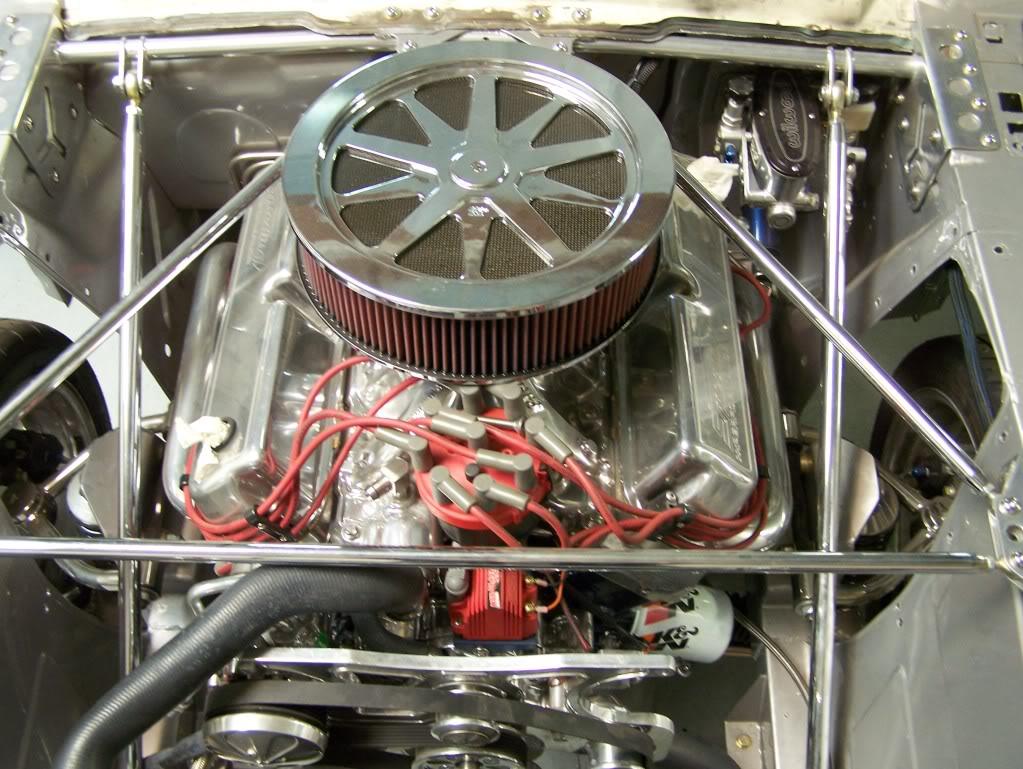 With the intention of putting that power down cleanly, they did a mini-tub job to fit 335-section rubber in the rear wheels and added a saucy rollcage to add some rigidity and improve traction. Wrapped in that expensive, sticky rubber would be a set of Billet Specialities 18” Le Mans wheels. 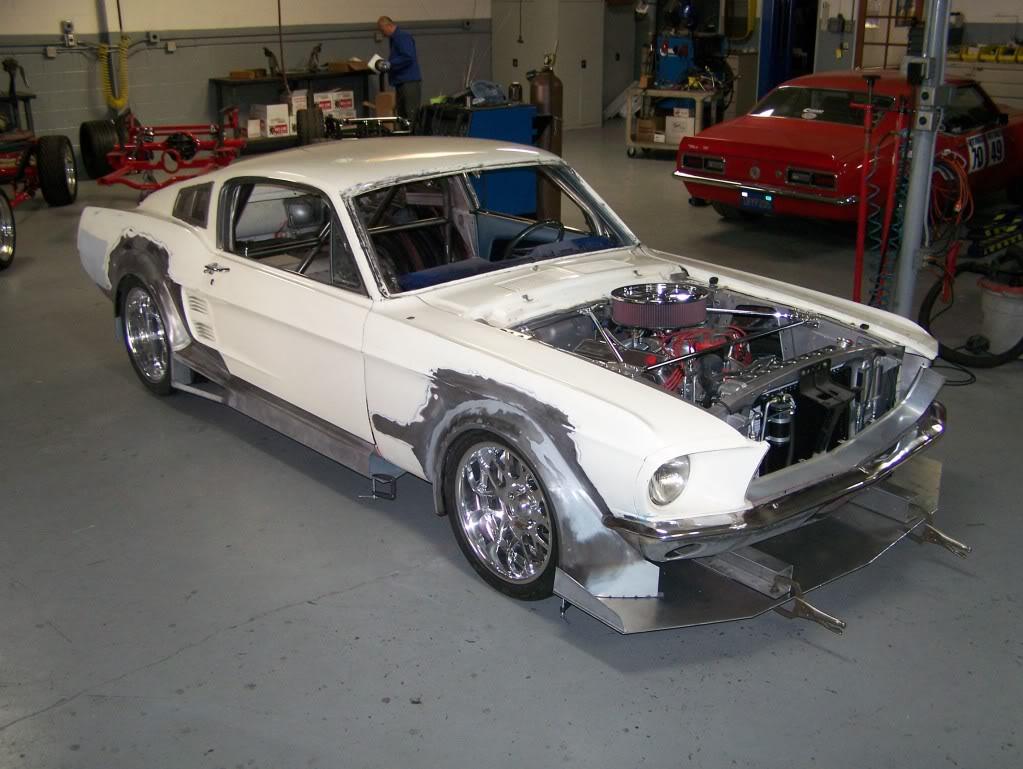 It was around this time that they built a front valence with a splitter and brake duct assembly. At that point, it seemed a wider set of front fenders would be handy – especially since they intended to fit a meaty 315-section tire up front. Though this car would be streetable, it needed all the front end grip and brake resilience to handle the abuse a road course would throw at it. 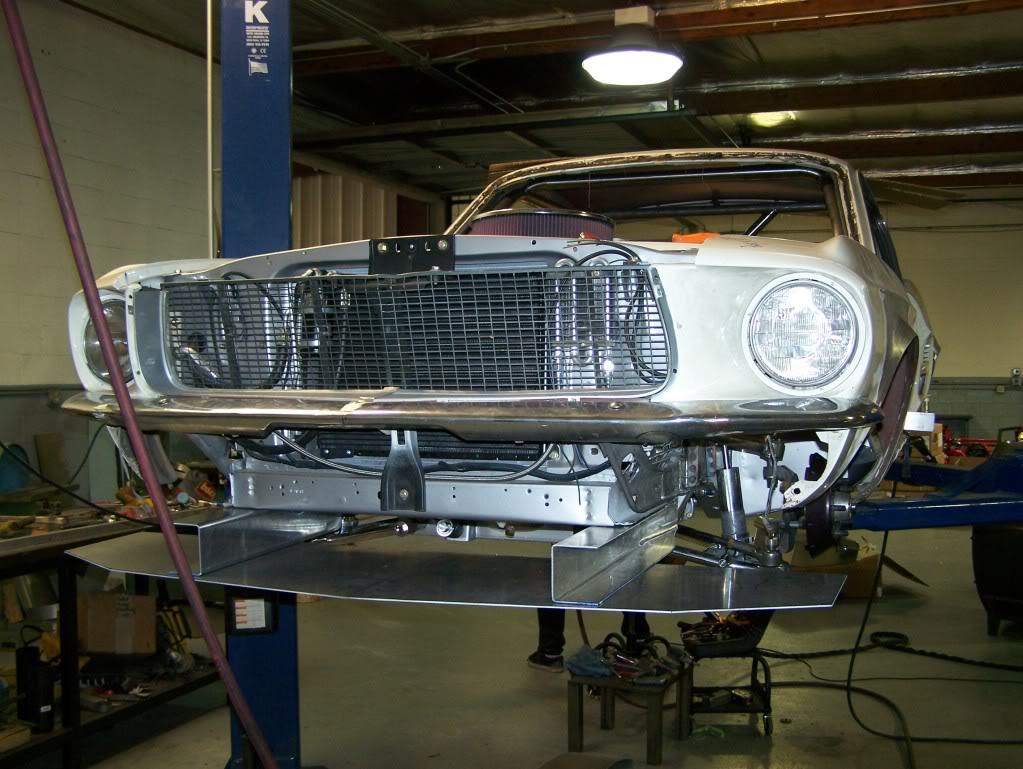 Of course, bringing a ~3,200-pound monster to regular stops would require some pretty punchy brakes, so TCI spared no expense. A set of six-piston Wilwood W6 brakes mated to slotted 14” rotors up front and 12” in the rear would do the trick. 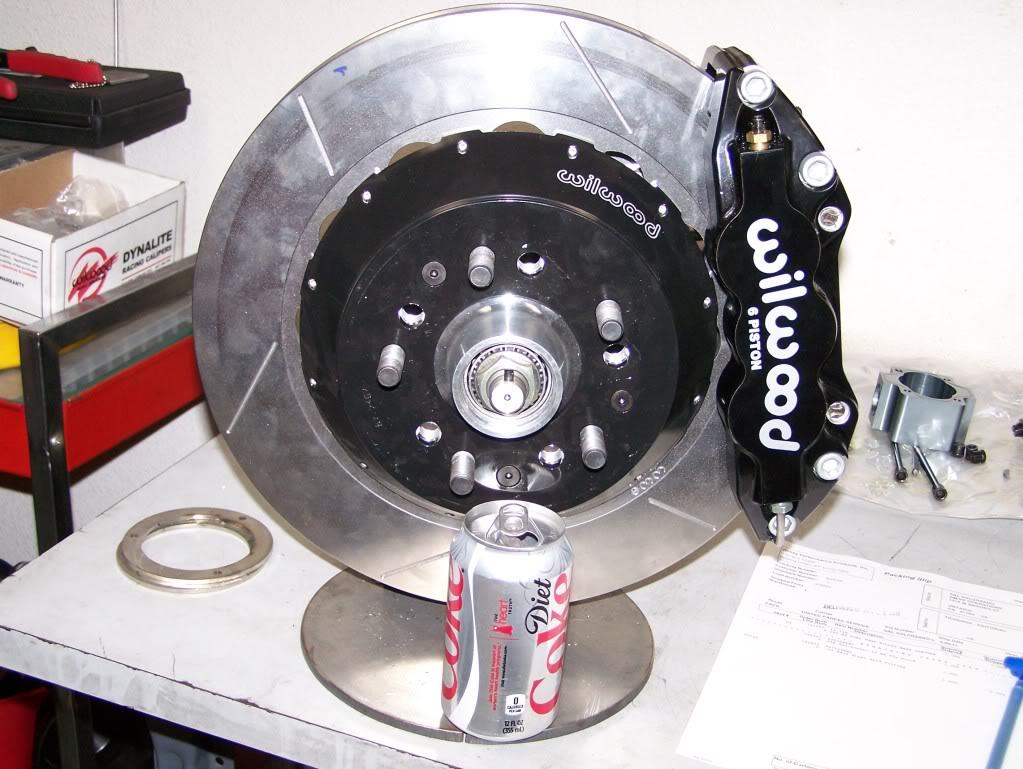 Next came the JME Enterprises dash insert with a bevy of Auto Meter Pro-Comp gauges for that purposeful, focused aesthetic. Further down and more functional than flossy, there lies a set of Willwood adjustable pedals. The only machines that wear these pedals are those which see some serious track time. For all the extra parameters, the TCI guys stretched a new lower dash panel out of sheetmetal and attached a few extra gauges. It was this panel which would serve as the test piece for the final coat of royal blue paint that would eventually coat the rest of the stunning body. 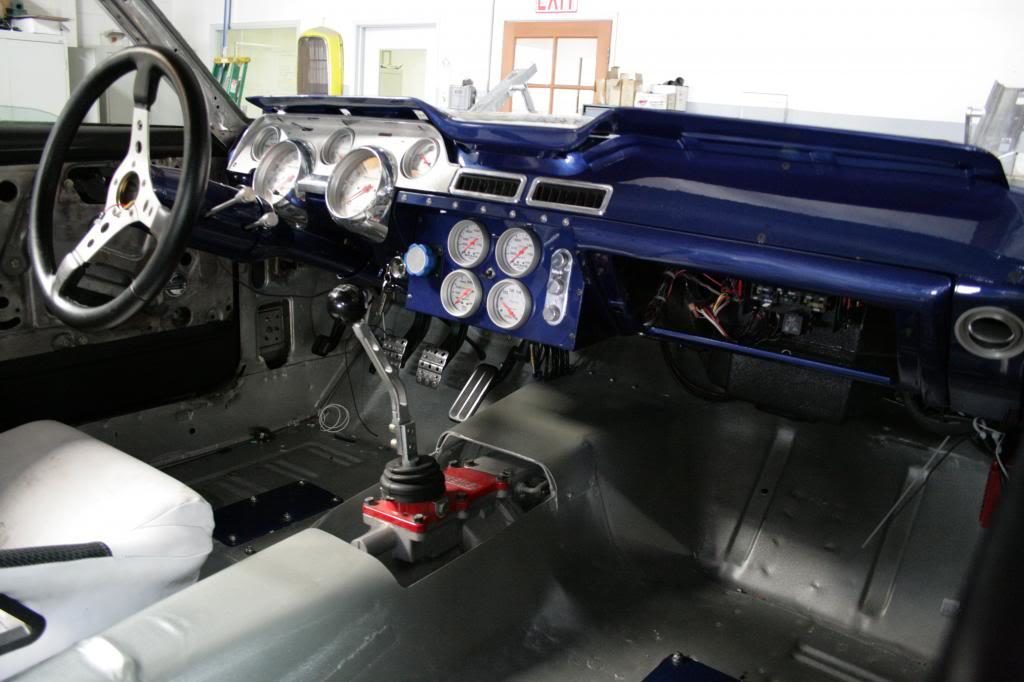 With the 12” wide tires in the back and the stick offered from the Toyo R888s, a hefty gearbox would be needed or every burnout would result in a depressing pop from the middle of the Mustang. Modern Driveline supplied TCI with a T56 Magnum transmission, complete with a Quicktime bellhousing, and a McLeod RXT dual-disc clutch. A full floater rear axle from Speedway Energy ought to be able to make good use of the Windsor’s twisting power. 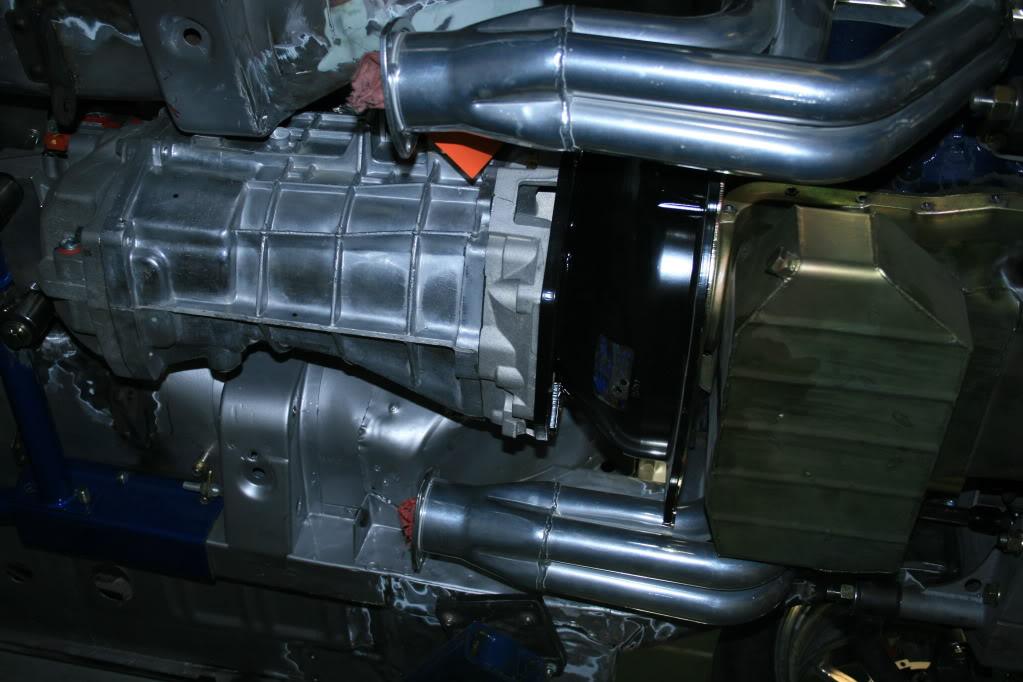 With primer on, it looked more stealth fighter than it did muscle car. With the Magnaflow mufflers exiting ahead of the rear wheels, it would sound more P-51 Mustang than Mustang Fastback. 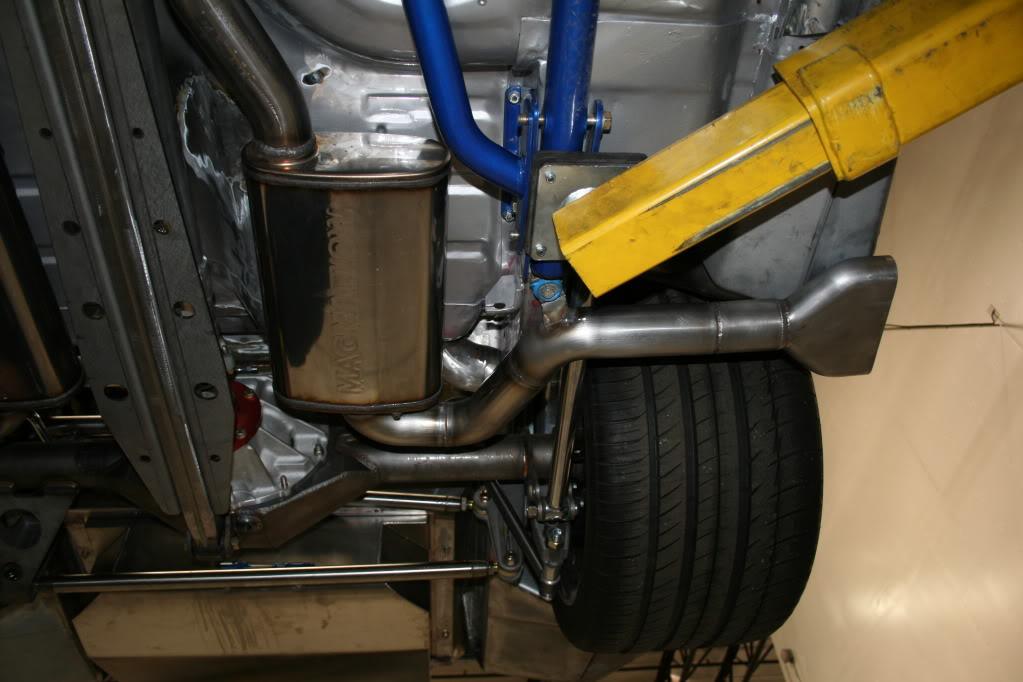 They then turned their attention to the motor. A 427 Windsor from RC Performance was massaged to make nearly 600 ponies at the rear wheels with the help of a Holley 850 modified by the Carb Shop, an Edelbrock Victor Jr. intake, Scant crank and rods, an MSD Ignition and 12.5:1 compression. With an Aeromotive fuel system, a dry sump setup and Derale cooling fans, it should be able to handle the stress a full road racing car needs to endure. 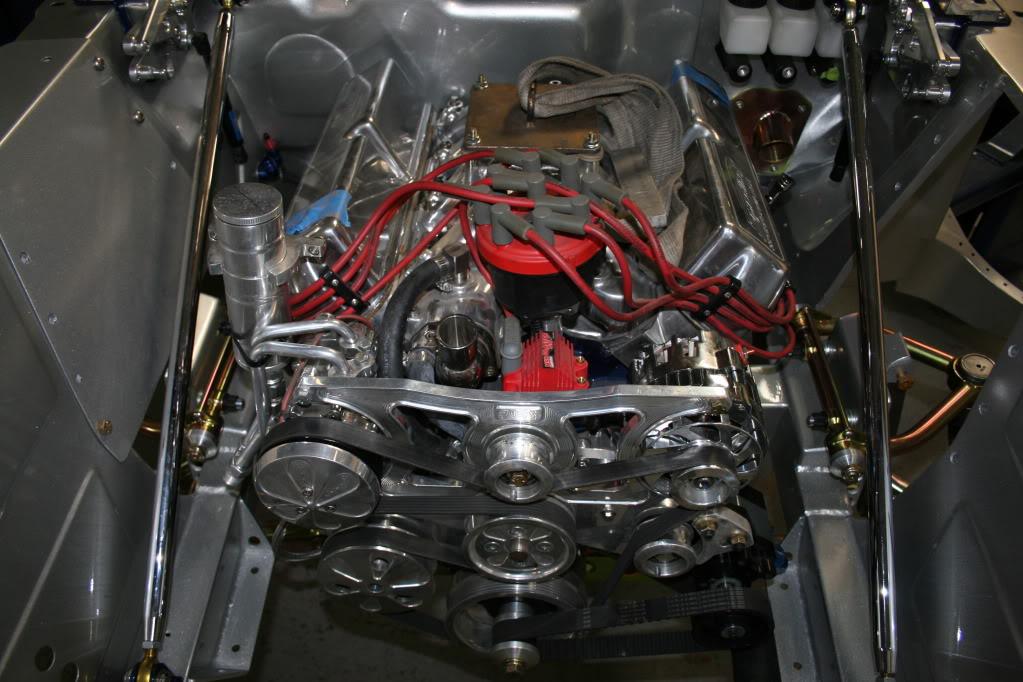 After the motor had been tuned, it was just a matter of getting all the goodies powdercoated. Whether they were coated a flattering hue of gunmetal, steely blue or charcoal grey, the interior and undercarriage looked good enough to eat off of. 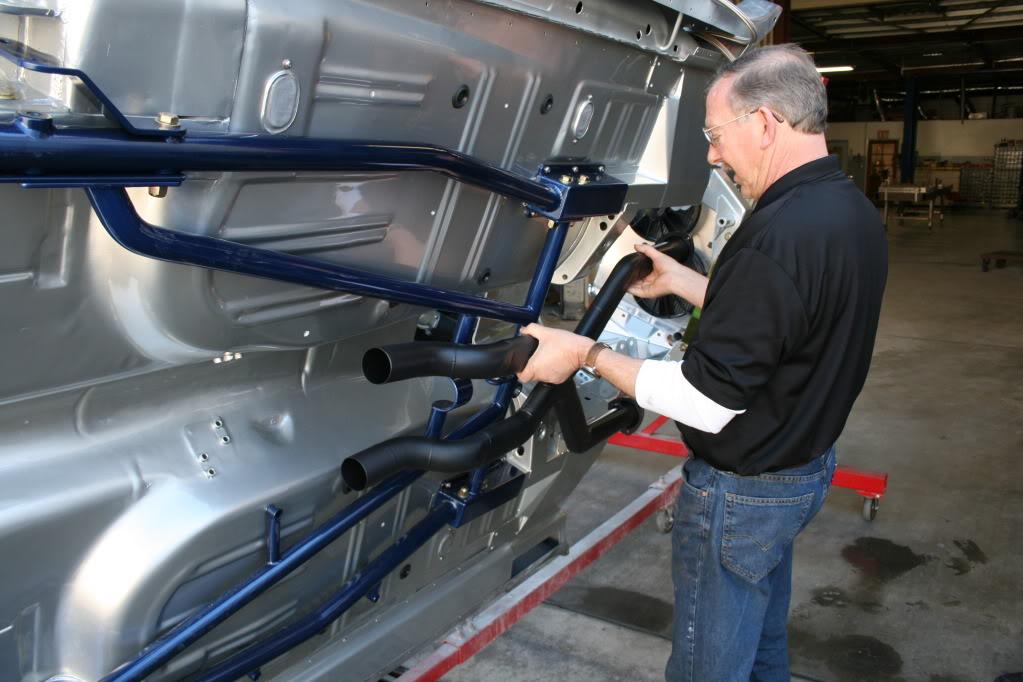 The body would be just the same soon enough. After a final layer of plaster, they laid down their first coat of royal blue metallic paint. Next came some light gunmetal striping down the centerline of the car and, incredibly, a full tan leather interior retrim, despite the comprehensive rollcage. What a sight! 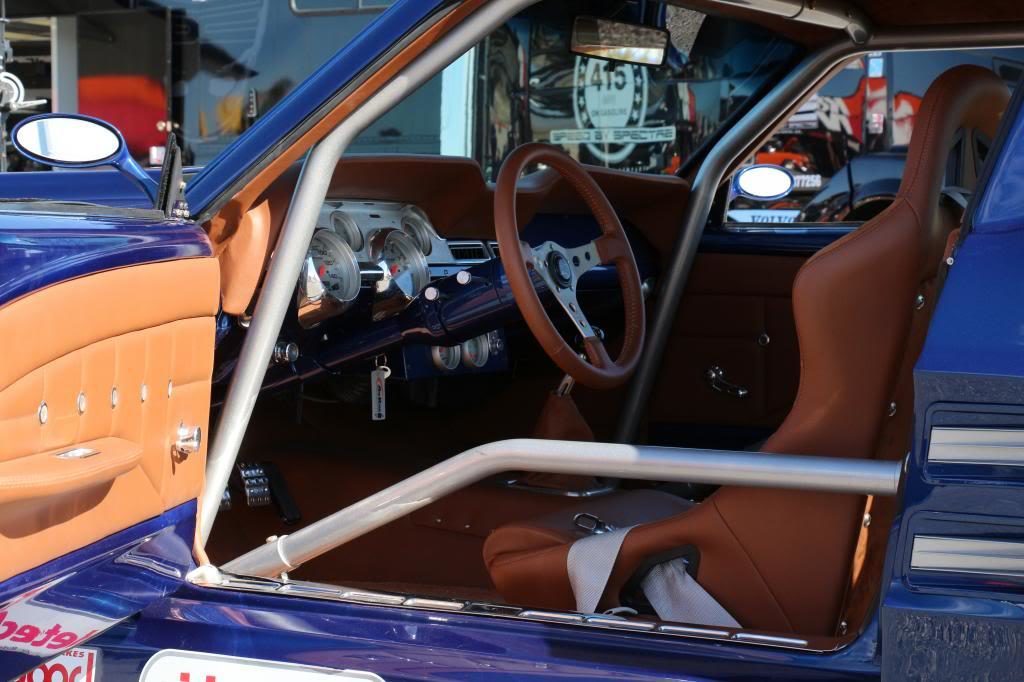 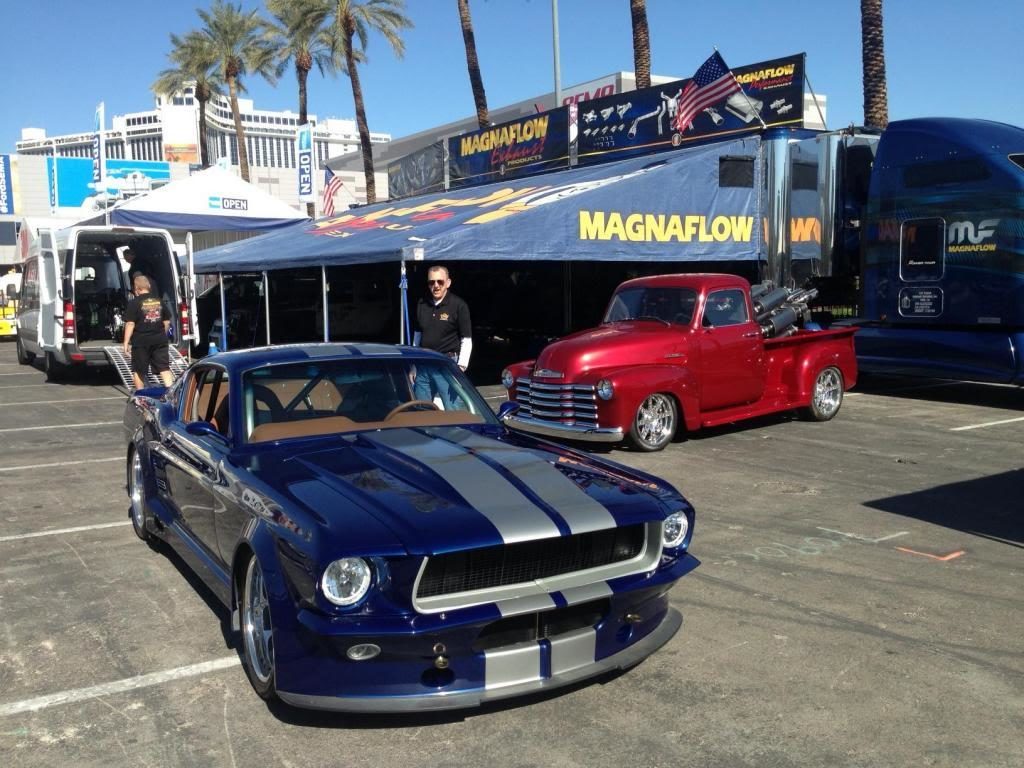 Ed and the guys at TCI are perfectionists, so they had to make one or two tweaks, even at this level of refinement. An aluminum block weighing a good eighty pounds less replaced the old iron piece, for starters. Next, they moved up from the 210 AFR heads to 220s, and in conjunction with a more aggressive cam, they saw a reliable 595 horsepower at the rear wheels. To be a little lighter than the rest of the competitors out there, Ed swapped the entire cage for a chromoly cage weighing another eighty pounds less. No shortage of time, money or effort with this masterpiece.

There’s a time to try and praise the builders with a long, lyrical paragraph to wrap up a build. That’s usually the best course of action, but in this case, it would just fall short of the beauty before you. 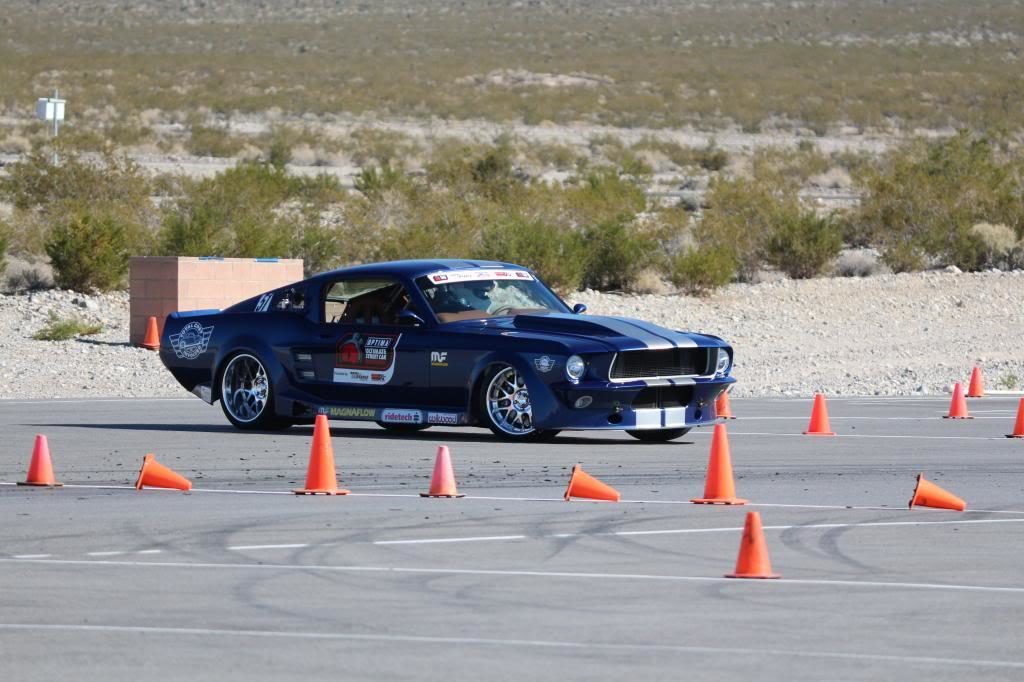