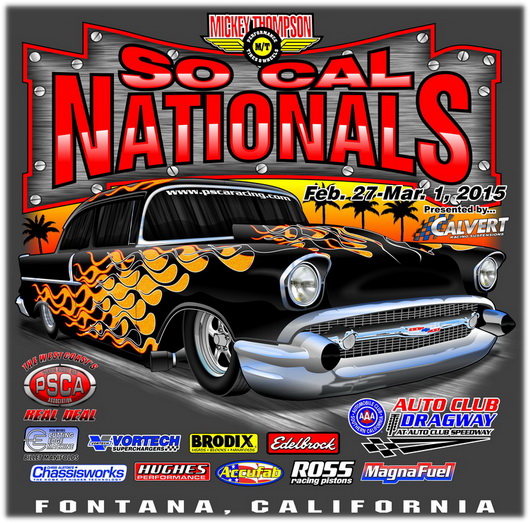 The PSCA is a grassroots drag racing organization at it’s finest. With driver nicknames such as Slim Shady, Crummy, and The Milkman, every race is a good time. The PSCA is all about the drivers, the cars, and of course the fans that prefer the purest form of traditional drag racing, without all of the politics. “The business side of racing is all about the relationships you build,” said PSCA President Mel Roth. “We’ve built some great ones and we count our friends at Vortech Superchargers and Paint by Krusty among those. These are brands that get it and we’re looking forward to a great season with them.”

With the kickoff of the Pacific Street Car Association Presented By Chris Alston’s Chassisworks 2015 season just a week away, it was announced that Vortech Superchargers has re-signed as the title sponsor for PSCA’s 8.5 Outlaw class effective immediately. The class also sees the return of Paint By Krusty as the title sponsor in the MagnaFuel Rocky Mountain Summer Series. In addition, Vortech will have the naming rights for PSCA’s Street Car Super Nationals 11 in Las Vegas.

The season debut is the PSCA Nationals Feb. 27-March 1 at the Auto Club Dragway in Fontana, Calif., with the series returning to The Strip at Las Vegas Motor Speedway for the PSCA Vegas Nationals March 20-22. For more information on these and other races on the 2015 schedule, visit PSCARacing.com.

This year’s PSCA schedule also includes the MagnaFuel Rocky Mountain Summer Series with races Jun 13-14 (with Fun Ford), July 10-11 (with the Pennzoil ET Series), and Sept. 18-19 (with Street Wars and King Street). All races will be hosted at Bandimere Speedway near Denver.
Finally, the Street Car Super Nationals will again see two venues this season where shattered records are the norm and not the exception. Anarchy at the Arch II is scheduled for Aug. 27-29 at Gateway Motorsports Park near St. Louis and the big one, SCSN 11 at The Strip Nov. 18-22.”