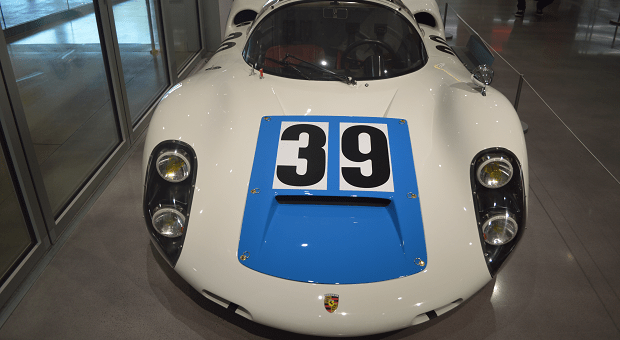 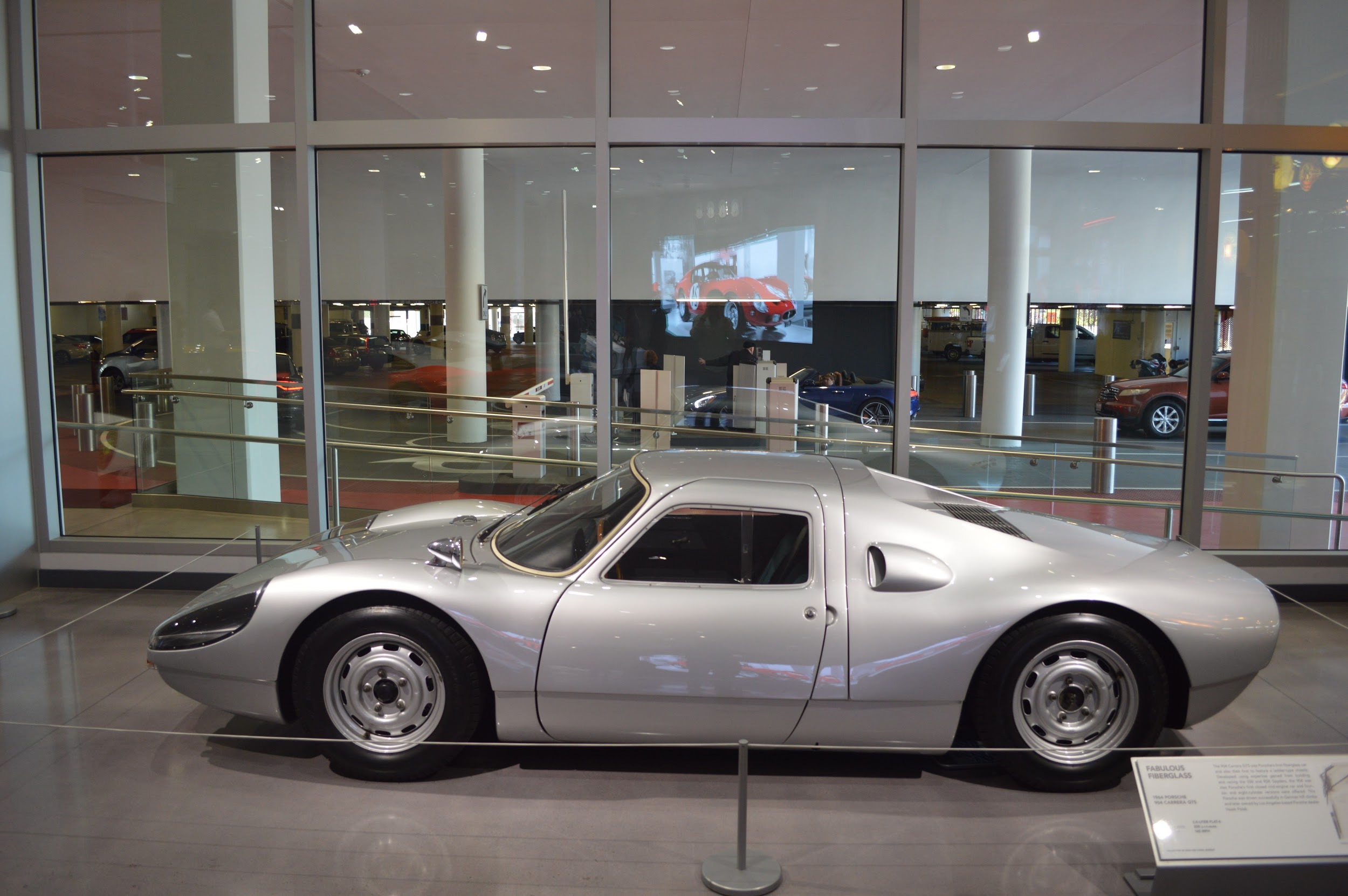 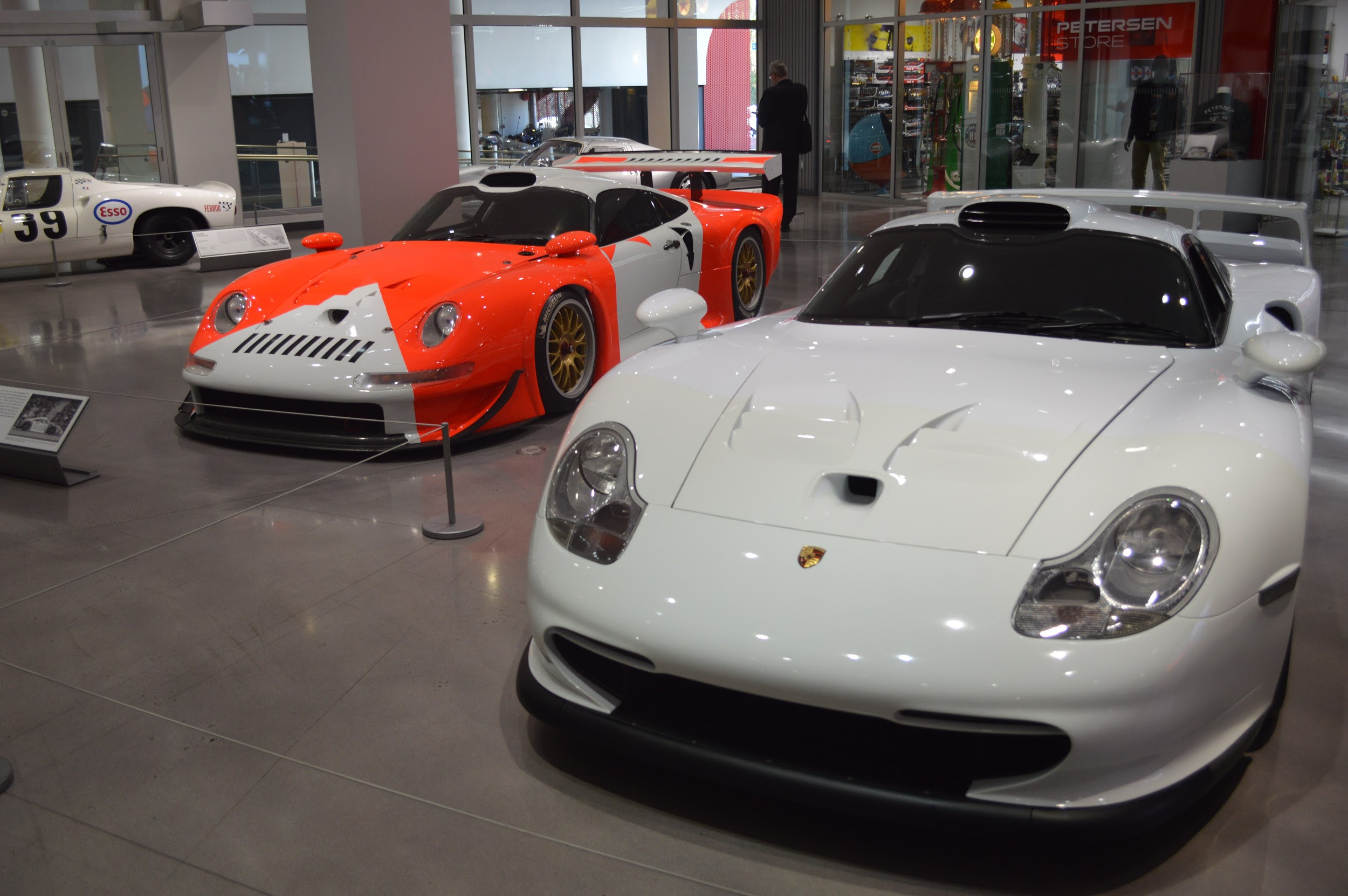 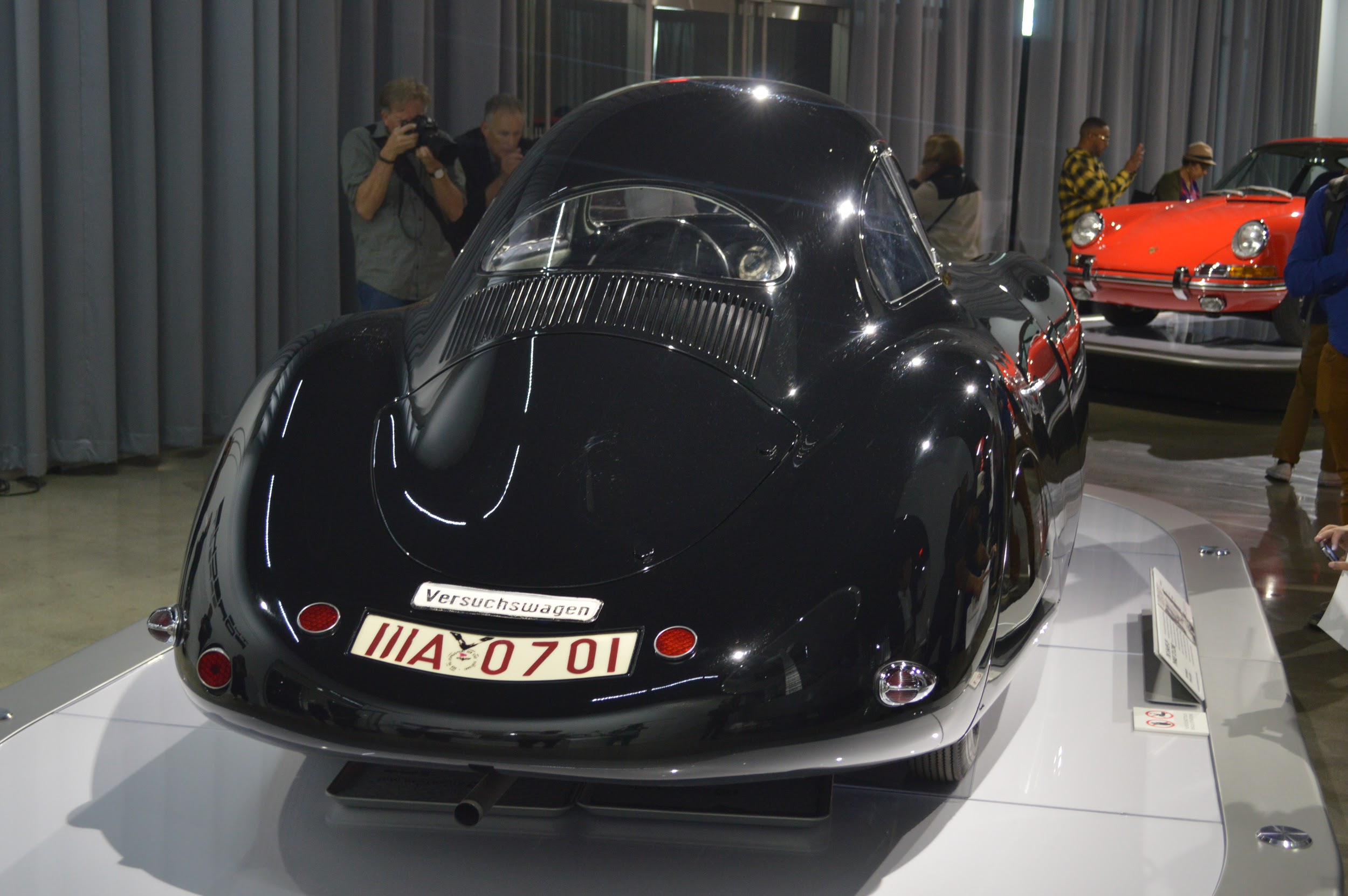 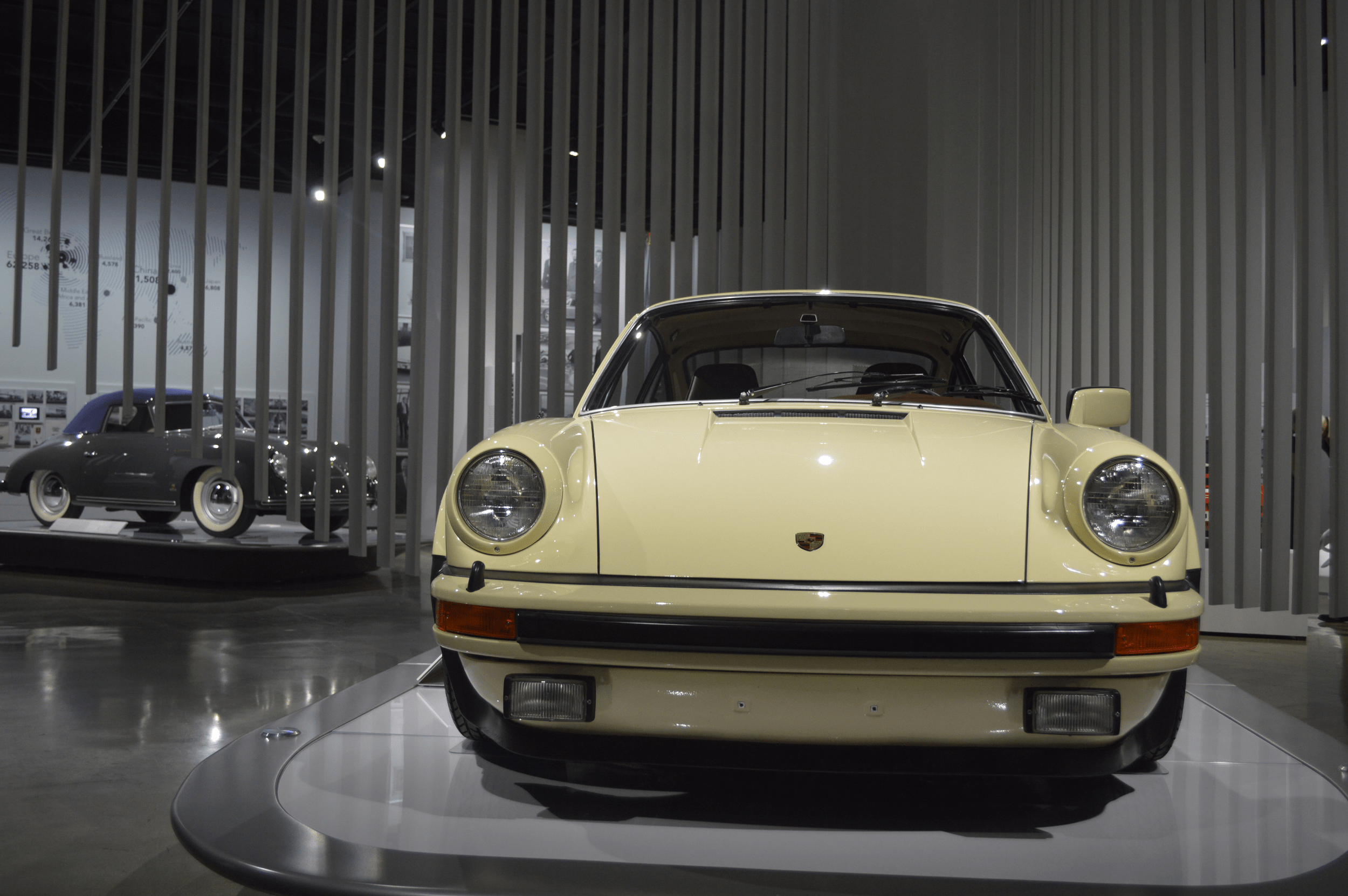 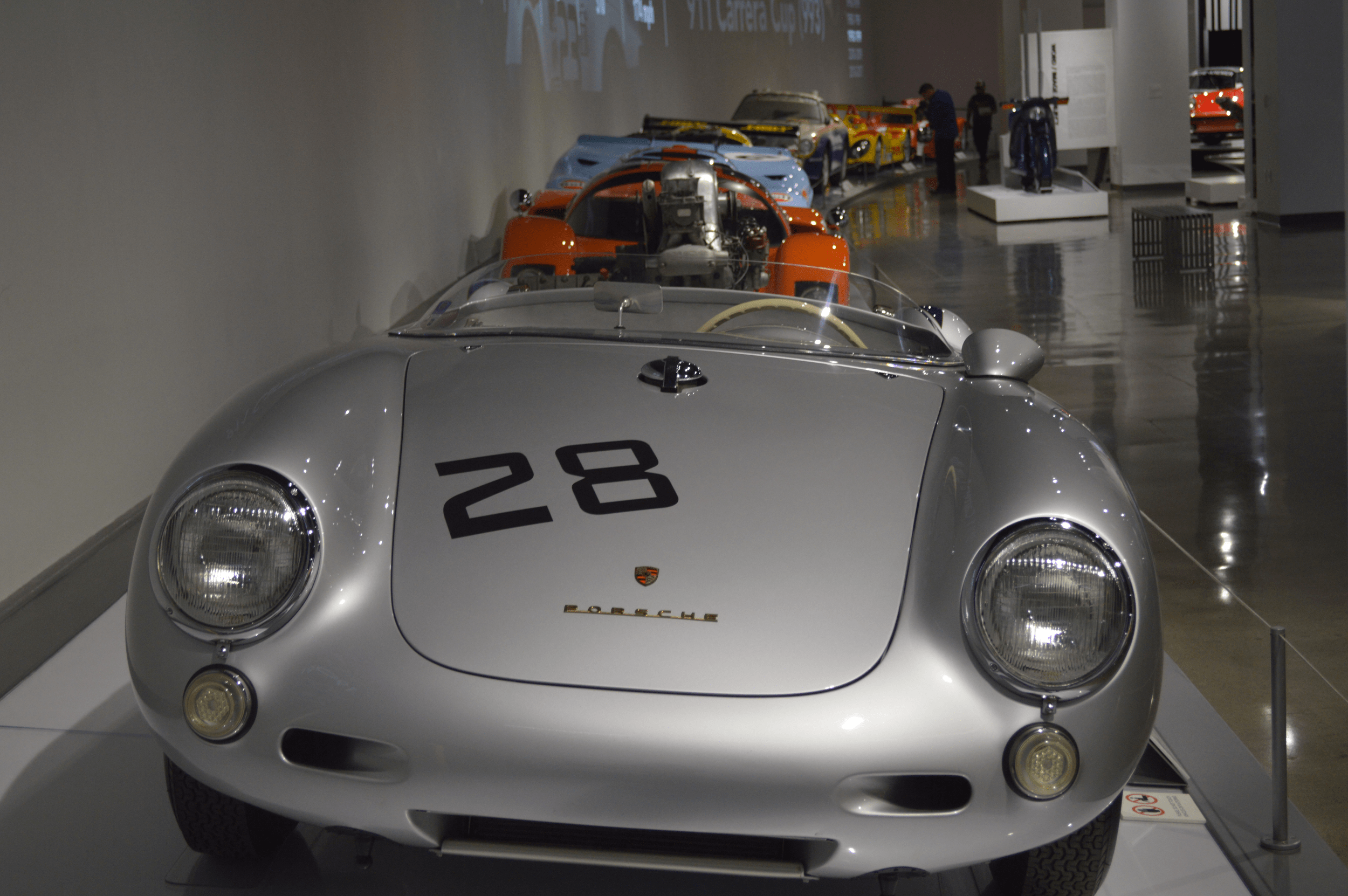 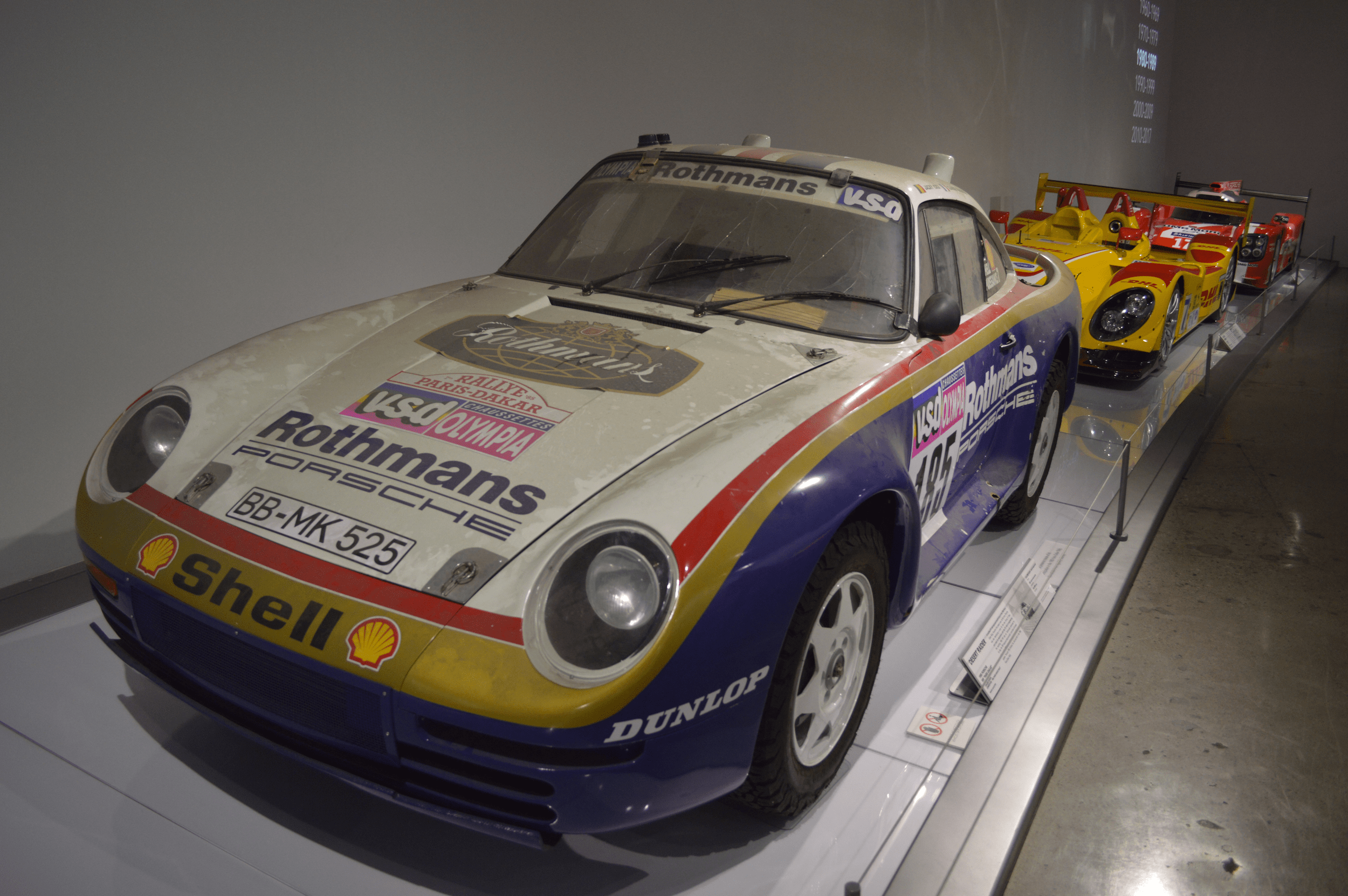 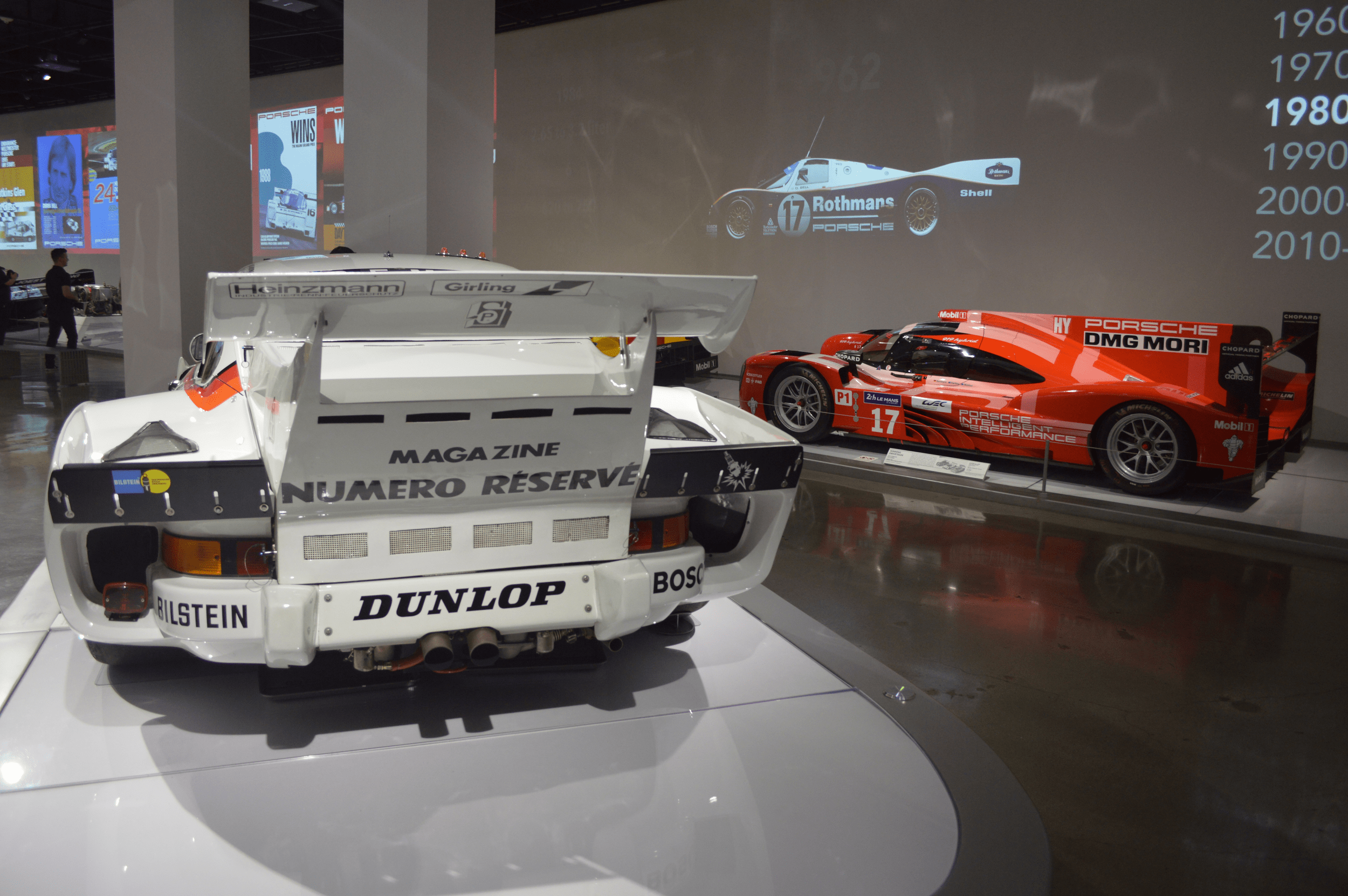 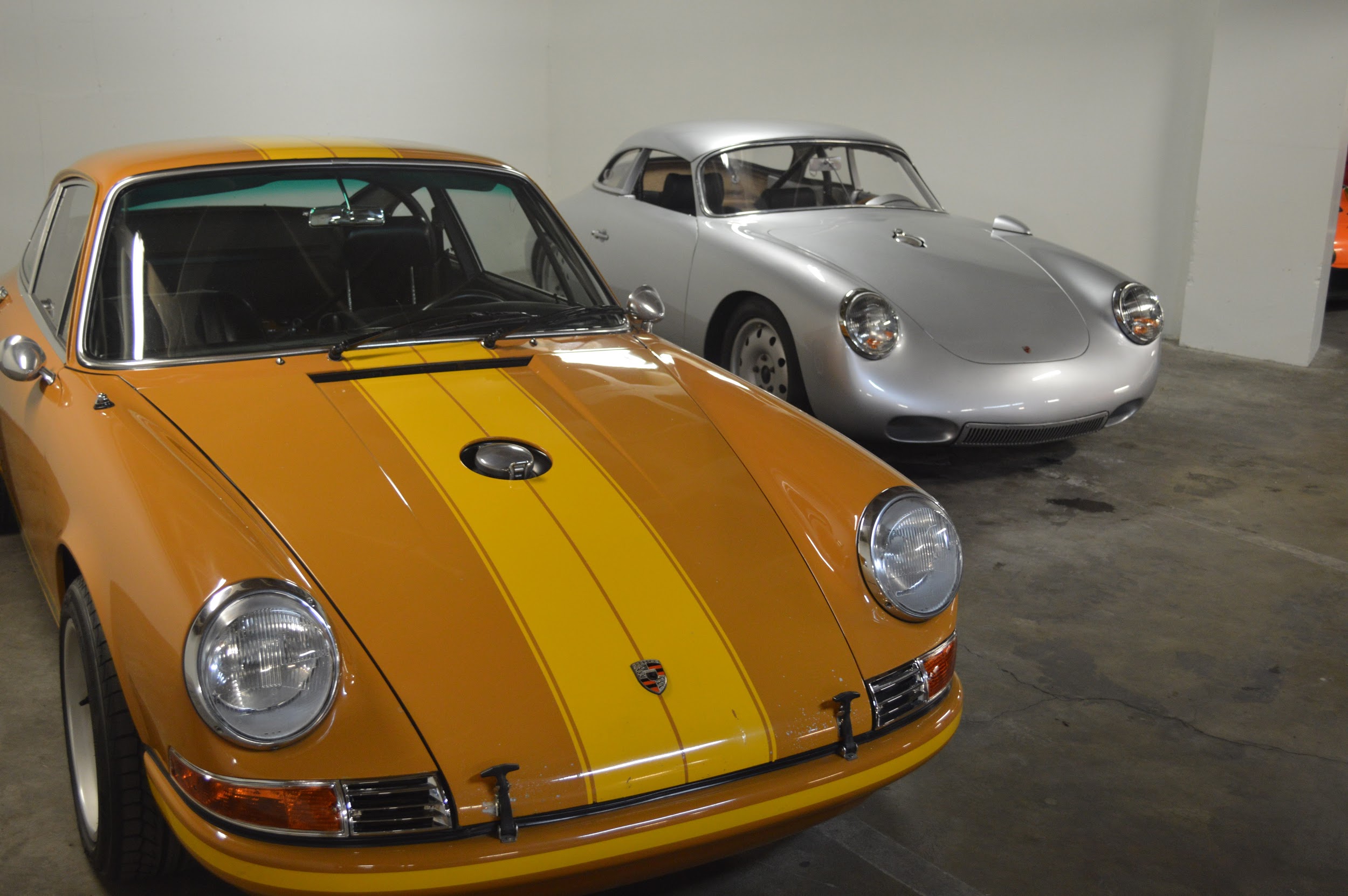 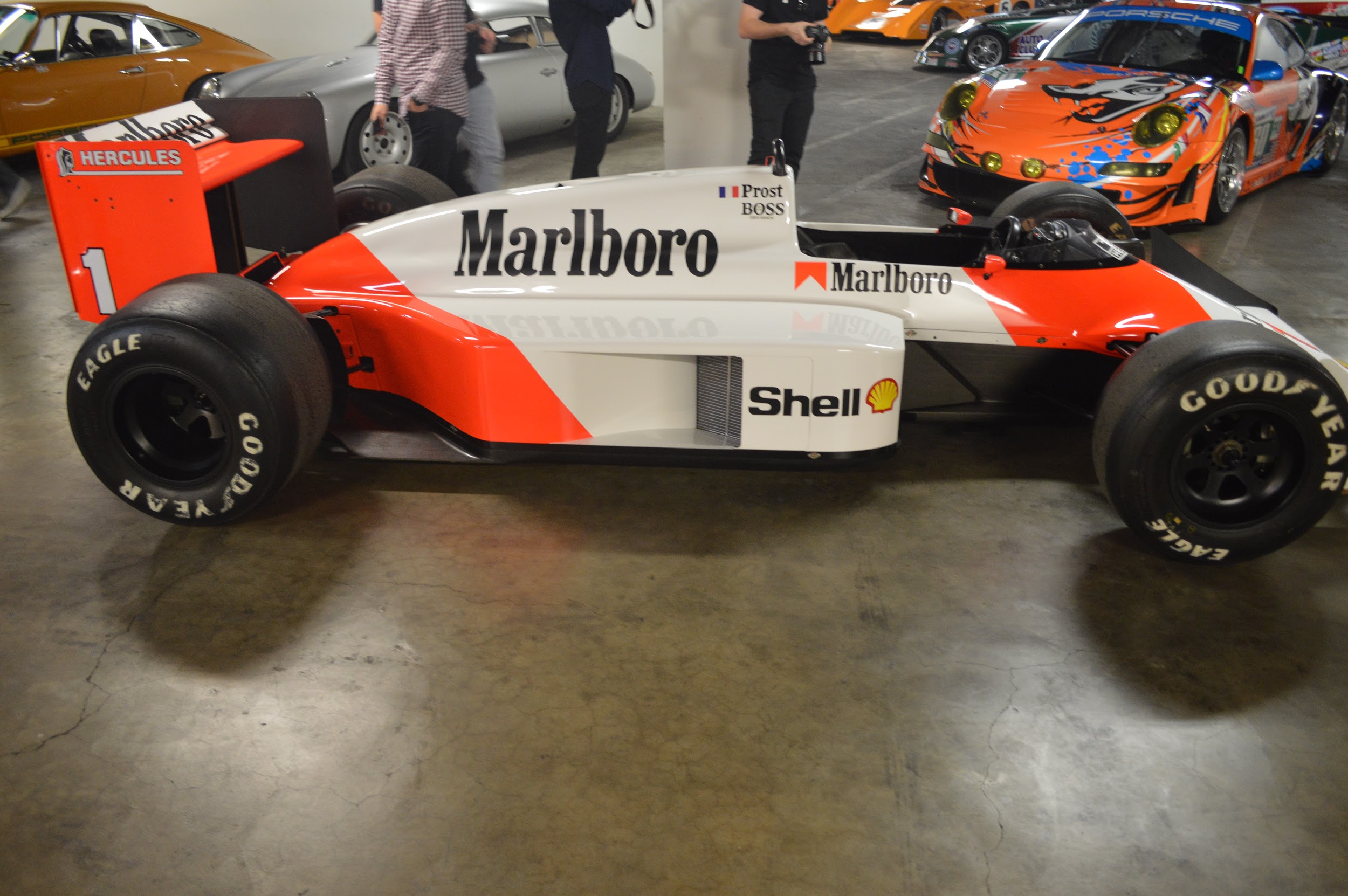 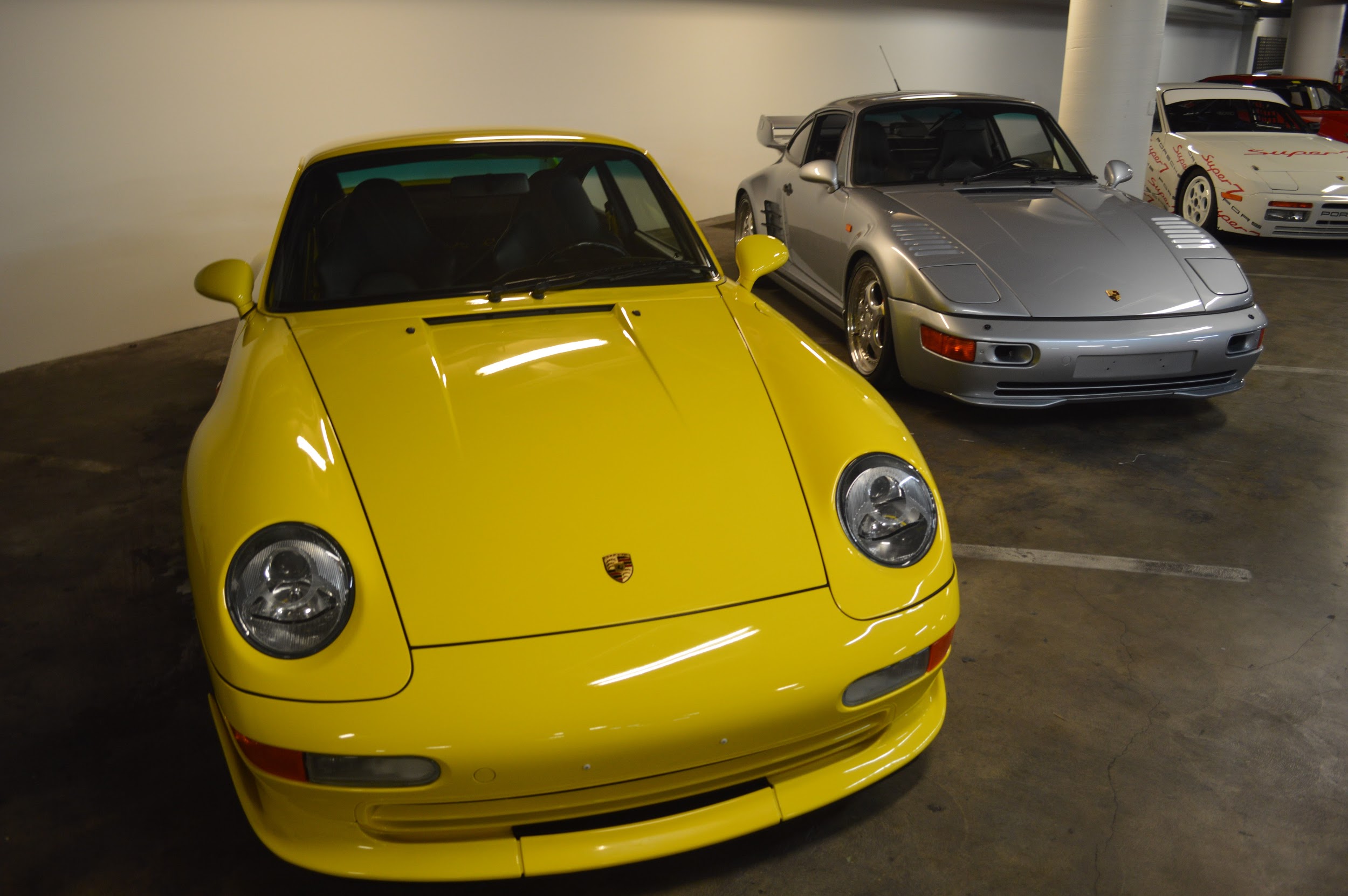 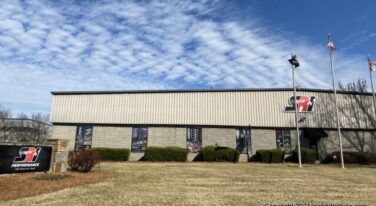 The Petersen Automotive Museum is about to kick off a new exhibit called “The Porsche Effect” which, according to an event description only a museum curator could come up with, “features a collection of cars, historical documents and artifacts that will showcase the vehicles as kinetic art and illustrate the evolution of the brand itself,” while focusing “on the impact of the iconic German brand from a cultural and design perspective.” What all that roughly translates to is: Petersen is currently housing 50 of the rarest pieces of Stuttgart metal this side of the Atlantic. And I was lucky enough to get invited to the media preview.

Go to the main showroom and everything gets turned up to eleven. Walking in, you’re immediately confronted with the business end of a sinister-looking 1939 Type 64 60K10, one of only four ever built and the genesis of all Porsches (had our guide said it was Hitler’s getaway car, I would’ve 100% believed him). Continue on and you’ll see a first gen Turbo which, between the yellow paint job and turbo graphics, oozes so much ‘70s you half expect the interior carpeting to be shag. Other highlights include the most original 550 Spyder known to exist, the Dakar-winning Rothmans 959 (desert dust included) and a 1979 935 Kremer K3 - the overall winner at Le Mans that year.

The final leg of the exhibit is down in the museum’s vault (otherwise known as a garage) where they had, among other things, Singer Vehicle Design Founder Rob Dickinson’s 1969 911E “Brown Bomber,” the origin of all Singer cars; a 1964 356 “Emory Special,” arguably Rod Emory’s most recognizable car; a 1996 993 RS; and Alain Prost’s 1987 McLaren TAG Porsche F1 car.

If you’re a fan of Porsche, or of auto history in general, do yourself a favor and get down to the Petersen Automotive Museum.
Back to Post