RacingJunk News > Racing > Drag Racing > The NHRA Countdown is On, and It’s All About Momentum 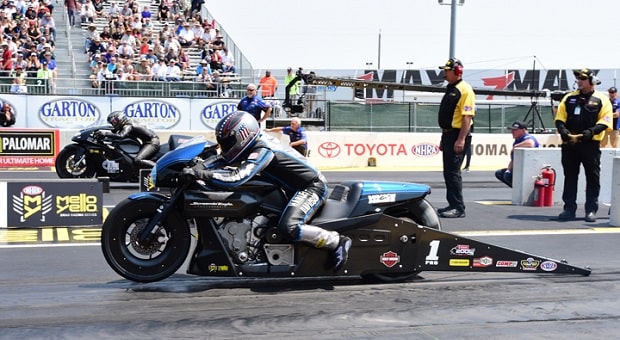 The 2018 NHRA Mello Yello Drag Racing Series season is sprinting to a close as the second of six Countdown to the Championship playoff races takes place this coming weekend outside St. Louis, Missouri.

It’s always good to have your program in peak condition when the stakes are highest, as they are for these six contests. Top Fuel, Funny Car, Pro Stock and Pro Stock Motorcycle titles are on the line when each Christmas Tree starting light sequence begins, whether it’s in qualifying or eliminations. 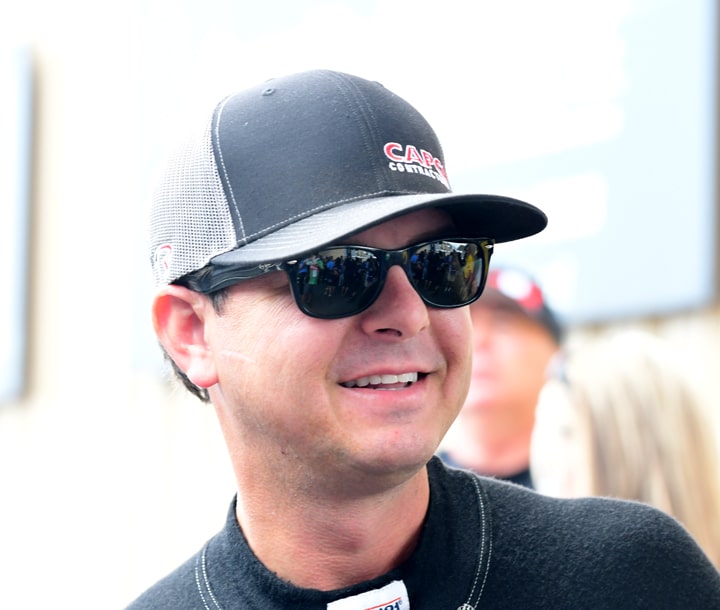 Torrence knows how tough it can be to win a championship; he’s been oh-so-close every year of the past half-decade and hasn’t been able to close the deal. After defeating fellow Texan Tony Schumacher in the finals last weekend in Pennsylvania, Torrence looks to be ready to pounce on that title.

Torrence has either led the points or been tied for the lead since the second race of the year at Phoenix, and that’s the kind of consistency that should pay off in November at Pomona, where champions are crowned. Still, he’s got Tennessee’s finest, Clay Millican, nipping at his heels and owns only a 50-point advantage.

Schumacher is third, tied in points with Millican and looking forward to starting his 500th dragster contest at Gateway. The eight-time champion is followed by his Don Schumacher Racing teammates Leah Pritchett and Antron Brown in fifth. Kalitta is sixth, Mike Salinas seventh, while Terry McMillen, Scott Palmer and 2017 T/F champ Brittany Force round out the top 10. Incredibly, nine of today’s Countdown members in Top Fuel are returnees; only Mike Salinas is a newcomer, replacing Shawn Langdon, now racing a Funny Car for Kalitta Motorsports. 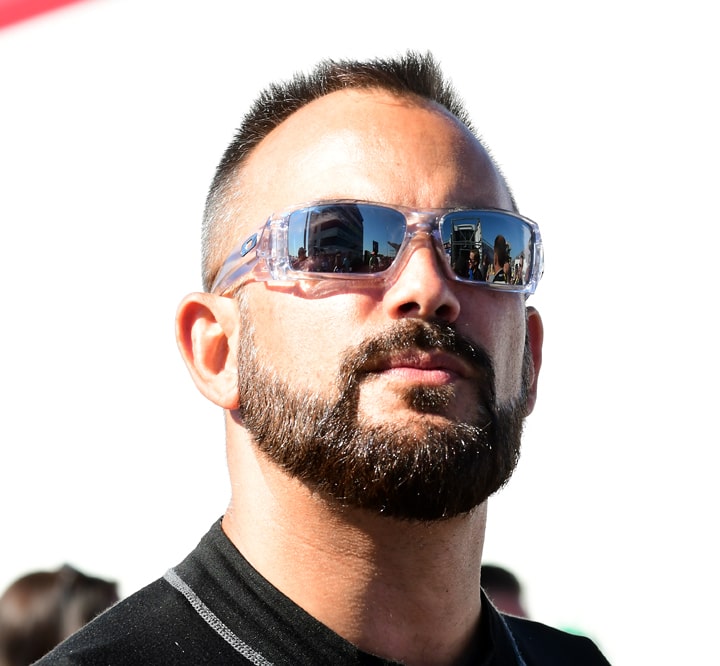 Funny Car looks different from the end of the regular season, where Courtney Force has monopolized the first 18 races in her Chevrolet Camaro. Thanks to his wins at Indy and Reading, Kalitta Motorsports’ J.R. Todd in his Toyota Camry has taken over the top spot in the flopper class, tied with C. Force with four wins on the year. Despite having half that number of wins, Robert Hight owns second place points after his sister-in-law’s Chevrolet Camaro fell to Mike Smith’s Dodge Stratus in the first round of eliminations last Sunday.

Hight went to the semifinals, where he lost to race runner-up Tim Wilkerson’s Ford Shelby Mustang on a foul. He’s now in second place, Courtney Force is third and last year’s Reading winner, Ron Capps, holds fourth-place points. Matt Hagan went down in the first round – against John Force, looking for his 150th category Wally trophy – at Reading and fell to fifth place.

With his runner-up status in the first Countdown race, owner/driver Wilkerson vaulted from 10th to sixth in the standings as he preps for his “home” race occurring under 100 miles from Wilk’s Springfield, IL base, followed by first round losers Tommy Johnson Jr. and Jack Beckman, both of DSR. John Force holds ninth-place points and Shawn Langdon, in his first full Funny Car season, is tenth in the standings.

For 16-time champ John Force, the 2018 campaign has been tough as he’s worked with young crew chiefs Jon Schaffer and Ronnie Thompson. After several explosions that left the veteran battered – but never giving up – he’s changed his driving style to address early-season car control issues. Force earned his 149th win at Denver in July, one of the few times this year he’s been truly consistent in his 1,000-foot dashes down the dragstrip. 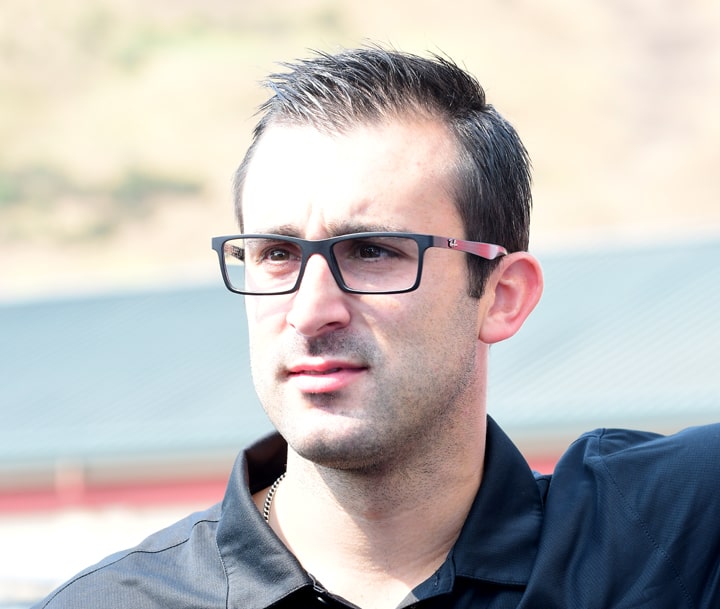 Former Auto Club Road to the Future winner Vincent Nobile, who sat out the Countdown last year, is putting pressure on Pro Stock points leader – and five-race winner – Tanner Gray with his victory in Reading last weekend. Nobile, who entered the countdown in fifth place, is only 18 points behind Gray thanks to his three victories on the year. Behind him are single-race winners Greg Anderson and Erica Enders-Stevens, while Gray’s teammate Drew Skillman assumes fifth place in the standings after losing to Nobile in the finals last week.

A man who knows how to win titles, Jeg Coughlin Jr is in sixth place (3 wins), followed by winless Jason Line, double race-winner Deric Kramer, last year’s champ Bo Butner (1) and Chris McGaha (2). To say that Pro Stock is a stout category isn’t misleading, especially since all top-10 drivers have essentially the same equipment in Chevrolet Camaro race cars. It’s all in how you prep and drive these factory hot rods in the most technically interesting category in NHRA’s paddock.

Right now it’s clear the young guns are in charge of Pro Stock, with only Anderson, Coughlin and Line being true veterans of the class. There appears to be a sea change in effect, but it sure would be nice to see something other than a Chevy in the Winner’s Circle. GM’s Jim Campbell obviously would disagree.

Pro Stock Motorcycle, too, is seeing some changes. While Eddie Krawiec’s four victories in nine events – there are 16 PSM races each year – have him atop the standings with his Vance & Hines Harley-Davidson V-Rod, he’s only got three points on last weekend’s winner, double race-winner and the first rider to 200mph, Hector Arana Jr. Krawiec is the only other PSM stalwart to reach that magic number but, while Arana Jr.’s EBR Buell scaled the “2’s” five times, Krawiec has only performed the feat once, at Sonoma in late July. 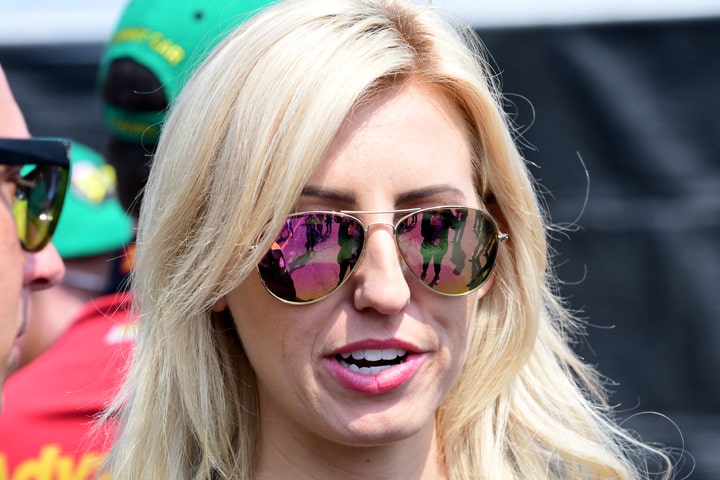 Will we see big changes during the 20th race of the year at Gateway and the second race of the six-contest Countdown? It’s obvious Tony Schumacher smelled blood last week and is hoping to earn his 85th Top Fuel win at this St. Louis track, en route to taking a ninth title with new-to-him crew chief Mike “Zippy” Neff, perhaps a parting gift to long-time sponsor U.S. Army. Certainly Courtney Force is going to try everything in her power to reclaim P1 from J.R. Todd as she vies for her 12th No. 1 of the season and fifth Funny Car Wally trophy.

The weather forecasts look pretty clear for this weekend, which will likely bunch up the Pro Stock standings where anyone can win on any given day – there have been eight victors in 19 races – and where Greg Anderson is the defending race winner. Pro Stock Motorcycle is another head-scratcher, as this was the 2017 race that saw the class’ ancient mariner, Suzuki stalwart Steve Johnson, go to the Winners Circle. He’s been knocking on the door lately because, well, it’s all about momentum at this time of year.