With spring in the air, many are enjoying the smell of freshly cut grass and flowers blooming, while there are others of us who are once again enjoying the roaring of engines along with the sweet smell of racing fuel. Excitement at NASCAR Home Tracks all across the nation is heating up and the same is sure to be said about the 67th racing season at historic Bowman Gray Stadium. The engines will once again roar to life at Winston-Salem, NC’s famous Madhouse this Saturday night, April 25 and the famed ¼-mile is not the only legend that is sure to be on the lips of fans as the King of the Southern Modifieds, Junior Miller, rolls out for his 40th year of the Southern fried/Southern Modified Tour.

RacingJunk.com had an opportunity to slip Behind The Wheel with the winningest driver in Bowman Gray history, who is hoping that his new wheels will have him racing past last season’s slump and into Victory Lane.

“We have had some bad luck over the last couple of seasons and while some say that I need to call it quits, I say that I just needed was new wheels,” said Miller. “Fortunately, my team and I have worked really hard during the offseason and we are ready to prove that this legend still has what it takes to win.”

So, where did this short track legend’s legacy begin? With a dream of course! “When I was in high school some buddies of mine and I skipped school to spend the day watching Junior Johnson racing at North Wilkesboro Speedway,” said Miller. “I remember looking over at one of my friends and saying, I’m going to do that someday.” 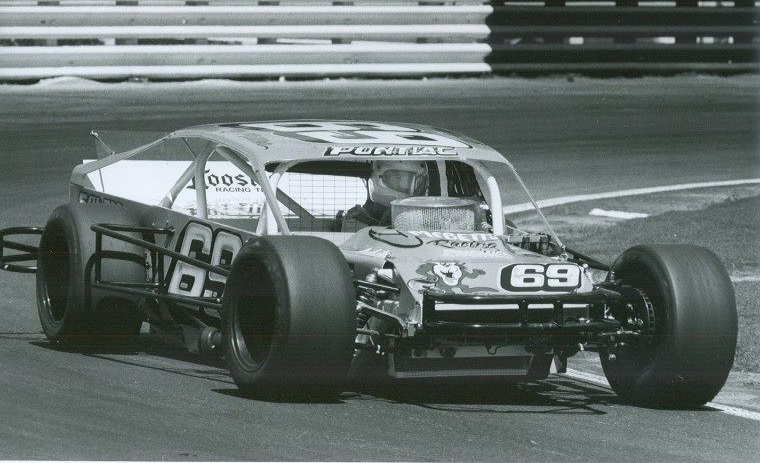 While some may have laughed off Miller’s comment, he would soon be proving that he would hold true to his word. In fact, by the age of 25-years-old Miller would compete in his first NASCAR Winston Cup Series (presently Sprint Cup Series) race.

“This was a really cool experience, especially competing against some of the other legendary names in the sport like Cale Yarborough and David Pearson,” said Miller.

Although not quite having the funding needed to claim the crown in NASCAR’s top series, Miller did manage to come close to a win in NASCAR’s Goody’s Dash Series (presently the International Sport Compact Auto Racing Series) at what he still considers his favorite track – Bristol Motor Speedway. 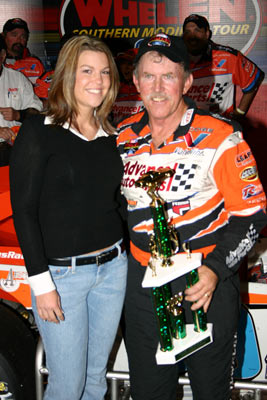 “In the mid-nineties I was competing in an unsponsored V-6 car and was actually winning the race, with 25 laps to go before a caution was thrown for what the officials claimed to be water on the track. My crew chief came on the radio and told me that this was just like any other short track race, so I thought that I was sure to pick up
the win,” said Miller.

“After the green flag waved, I got spun and fell back to second. By the time the final lap rolled around I was able to get up to first and win the race and was even given the checkered flag, but the second place finisher was eventually given the win by track officials and the track flagman actually admitted that this was due to the driver’s sponsorship deal with Campbell’s Soup.”

Although Bristol continues to be his favorite track, this true driver at heart then and there decided that it wasn’t worth going up against the big business of the sport to do what he loved most. Although this legend had NASCAR Winston Cup dreams when his racing career began, Miller’s new “weekend warrior” racing career would eventually lead his winning streak in another direction.

“While I was competing when I could in the Winston Cup Series, I was also drag racing old coupe’s at tracks like Farmington Dragway,” said Miller. “One weekend a friend of mine asked me to fill the seat of an absent driver in his Whelen Modified car and I actually laid down the fastest lap that his car had ever run, which ultimately led to my competing in this car the rest of that season.”

After jumping in someone else’s open wheel car, Miller finally had the chance to prove that he was a true contender in his self-owned Modified.

“Other than knowing how my car would perform, based on the setup that I prefer, owning my own modified gave me a chance to learn first hand what it took to win races in these aggressive machines,” said Miller. “When I was competing in the Winston Cup Series, I could compare the drive to that of competing in a Cadillac. Moving from that to an aggressive open wheel was a whole new challenge – it’s actually the closest that a driver can get to driving an actual race car.” 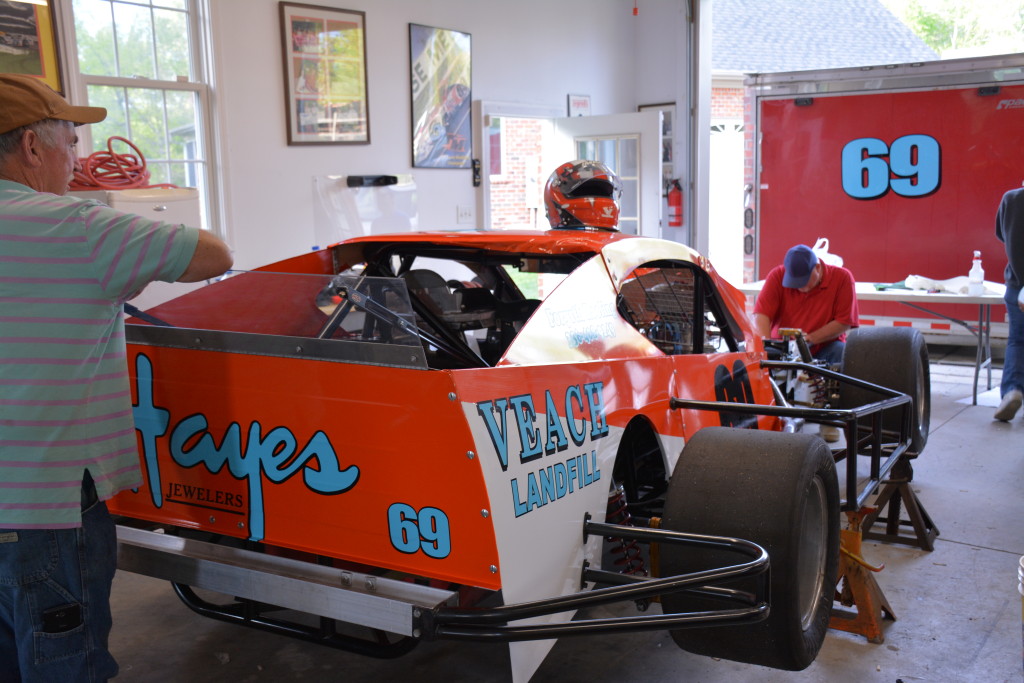 Although Miller would describe this as a challenge, it was obviously a challenge that he could handle. In fact, Miller has won more modified championships in the Southeast than any other competing driver, including seven championships in less than 10 years with the Southern Modified Auto Racing Tour (SMART).

Although the King of Southern Modifieds has been truly deserving of his crown, the last few years at the bullring have been tough on Miller, who has even been a well known reality star thanks to the History Channel. “I’m not worried about the last few years,” said Miller.

“A new car and a return to our old style of racing should be just what we need to return to our winning ways at Bowman Gray Stadium,” said Miller.

Be sure to stay tuned to RacingJunk.com for all of the latest on this weekend’s season opener at the famed ¼-mile. It is sure to be a Madhouse!!