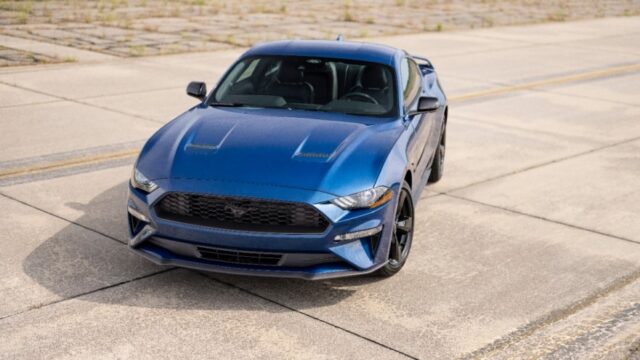 It has been reported that the new  2022 Ford Mustang GT and Mach 1 will make 10 horsepower and 10 pound-feet less than the previous year. Ford Authority released the initial report, that slight alterations to Ford’s 5.0 Coyote engine will be implemented to make it less powerful. For anyone hoping that these reports may be due to the transmission choice–sadly this change will be applied regardless of transmission choice.

Strangely, the 2022 Shelby GT500 will not take a hit to its output numbers. Perhaps, this is Ford’s way of signaling a beginning to the end of the gasoline-powered v-8, or simply just a realization that handling and comfort will be the focus on future performance models and not necessarily huge hp/torque numbers.

This small change may seem insignificant to some but many of us that are old enough to remember the post muscle car war era of the mid to late 1970s, this all feels too familiar. With so much news coming out about the electric-centric direction in which manufacturers are headed, gasoline-powered V-8 fans are fearful of what’s looming.