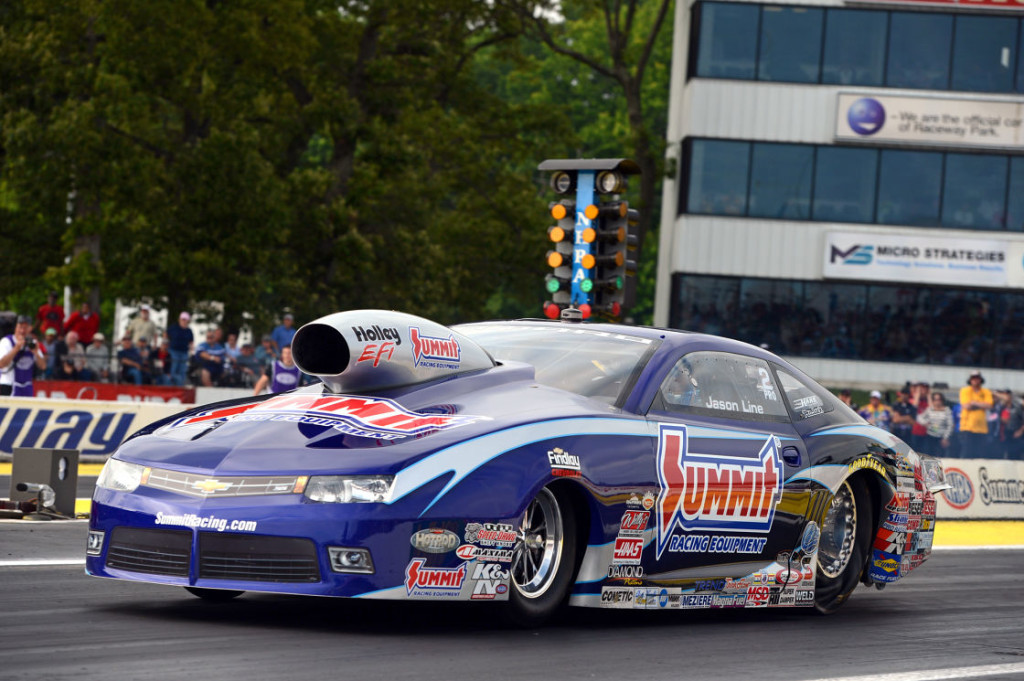 It’s so obvious with less than a month to go from the start of the 2016 NHRA Mello Yello season that there’s a buzzing among drag racing fans and all eyes are focused on the very competitive Pro Stock division.

Since none of the teams have conducted exclusive testing at this point, any of the information created by the teams nowadays are designated as new discoveries with the insertion of the new NHRA rules package. There’s plenty of speculation that is running rampant among teams on how to find out what is an advantage and the learning curve is going to be a long one.

The new rules call for the Pro Stock racer in 2016 to be without a hood-scoop, replace carburetors with a fuel injection intake, and shorter wheelie bars. The biggest ruling notion is going to be the 10,500 rpm limit as part of that fuel injection system and it’s all in the delivery of getting every cylinder to fire properly and precise.

The biggest problem Pro Stock racers will face is the time factor in coordinating all the new engine properties. The time of a race team on the dyno running and running the engine checking everything is lubricated and working efficiently leads to long hours in research. That results in cost and the longer it takes, the more the cost goes up.

Now with input coming from a delivery system that is limited to the 10,500 rpm, all engine builders are designing fuel injection around the new rpm limits. How do you do that when it has never been done?

When NASCAR decided to go fuel injection, they spent three years with McLaren in Great Britain doing development on their EFI platform before they approved it and for engine builders in Pro Stock they only had a couple of months to make these massive changes.

I don’t believe the NHRA had slowing the cars down in mind. What they have said is they want to bring relevance to the class with modern looking vehicles to attract new fans.

Now as part of the new look, air induction will be coming from the front nose. That can create problems for the best engine builder with that induction system being less than eight inches off the racetrack. The inlet air temperature is going to be huge in its part of creating horsepower on a race run.

Everyone is going to be up against the same issues. Testing has been rare at this point. The NHRA mentioned they are trying to control cost. It’s the very same reason why teams were getting away from the class: the cost.

You have to look at the teams individually. There are some teams that are going to lose around 1,500 rpms while other guys aren’t going to change that much at all and are only dealing with a fuel injection issue. 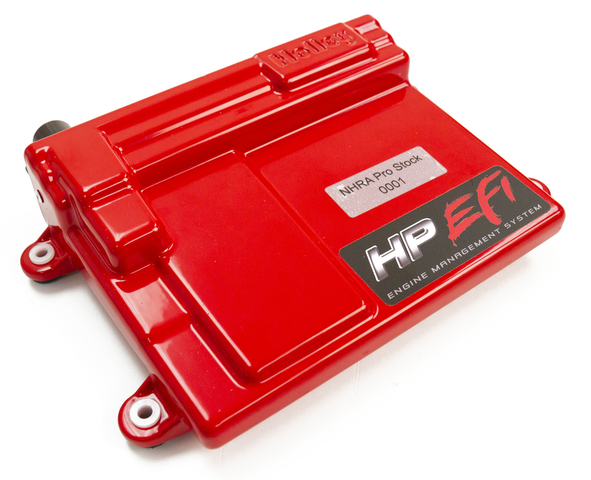 Other than the super teams, the average racer just can’t strap on the new pieces and expect the whole thing to work. The trickledown effect of knowledge and resources just isn’t available right now and could greatly affect car counts. So, the independent Pro Stock racer will be affected way worse than the teams with an unlimited budget.

At the present moment, there isn’t any data to support the restrictive air part of it as much as the quality and distribution process in the engine. That’s going to change drastically. Not having a hood scoop and gathering air off the racetrack through a tube that is roughly five feet long in the front of the throttle body just makes everything completely different. Nobody knows that Pro Stock engine builders are up against.

Now going to the rear of the car with the new shorter wheelie bars, builders are telling me they don’t think there will be that much of an impact. Teams are going to run the car differently, adjusting the four-link (suspension for the rear end housing) a little bit to make the car do what they think it needs to in order for it to go straight. Until things are learned, you can’t get too aggressive with the launch. From outward appearances, the average fan won’t be able to notice the difference with the setup.

With the talk all about fuel injection, the biggest deal will be the rev limiter. That will have the biggest impact on how fast these cars run, not to mention the cost of redesigning an engine package around a lower rev limit. Here’s the situation: you’re going to have to put more valve acceleration back in the motor.

The teams will be pushing the limits as far as the parts can handle. It’s just now at a lower rev limit. This is how the cost goes up with the R&D to the point you’re already at today.

Many of the teams are manufacturing their own parts. The time to do this will vary among the teams. KB Racing (Greg Anderson, Jason Line) is one of those teams that do everything in house. Think of the time it takes to hone cylinder heads and engine blocks. Those teams will suffer the most at the beginning.

These engine combinations have changed so much with a different rpm limit. Just placing an order for crankshafts will set you back two months until a regular flow of parts are produced.

Once all that is done and you’re now at the track, that brings up a completely new set of circumstances. Looking at both sides of things, you build an engine and dyno it fully and now the tough part comes of negotiating how the car will shift, weather conditions, and track conditions. All this affects how the engine runs down the track. The big question is how the new fuel injection system is going to compensate for it. That’s why it’s different from a carbureted system from a fuel injected. The carburetor is self-adjusting.

You will have to set up the engine by the laptop on how you expect to run the car. If the driver, let’s say, misses a shift by 200 rpm, the system doesn’t know or doesn’t care. It’s going to do what you tell it to do.

Which leads us all to the question of how will the cars perform in upcoming tests in Bradenton, Florida this week?