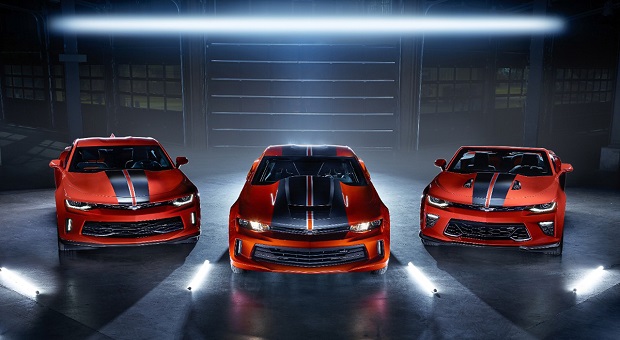 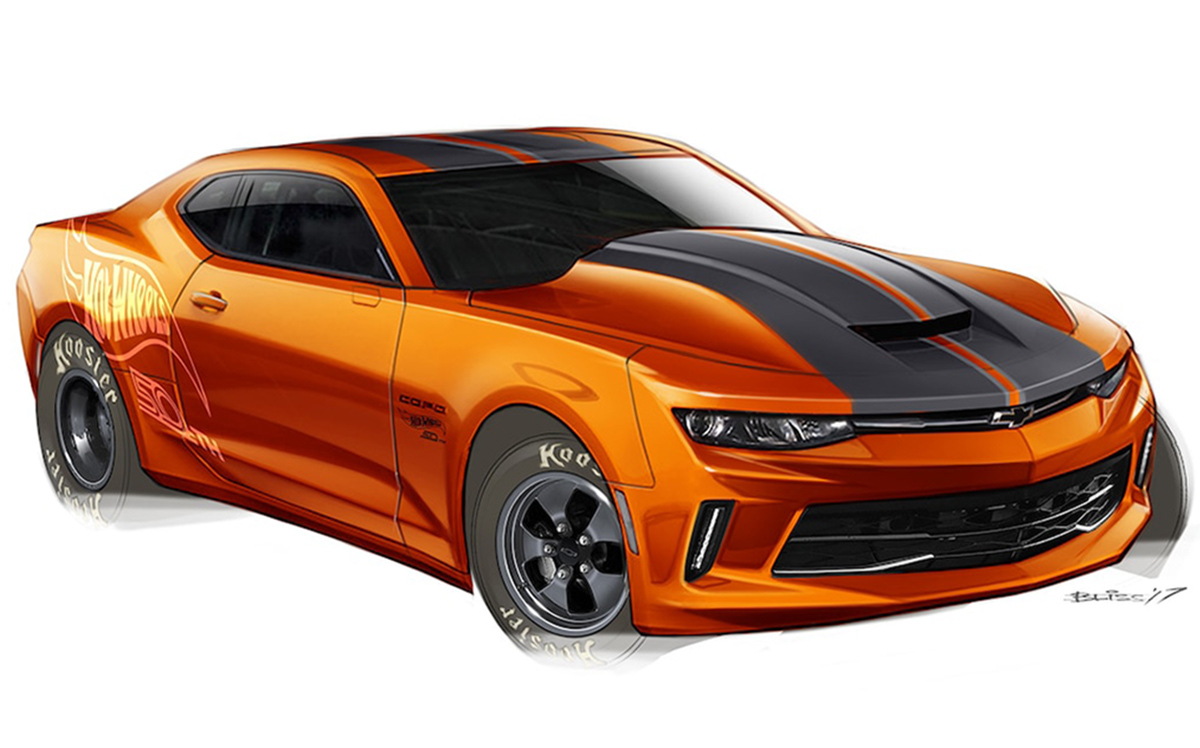 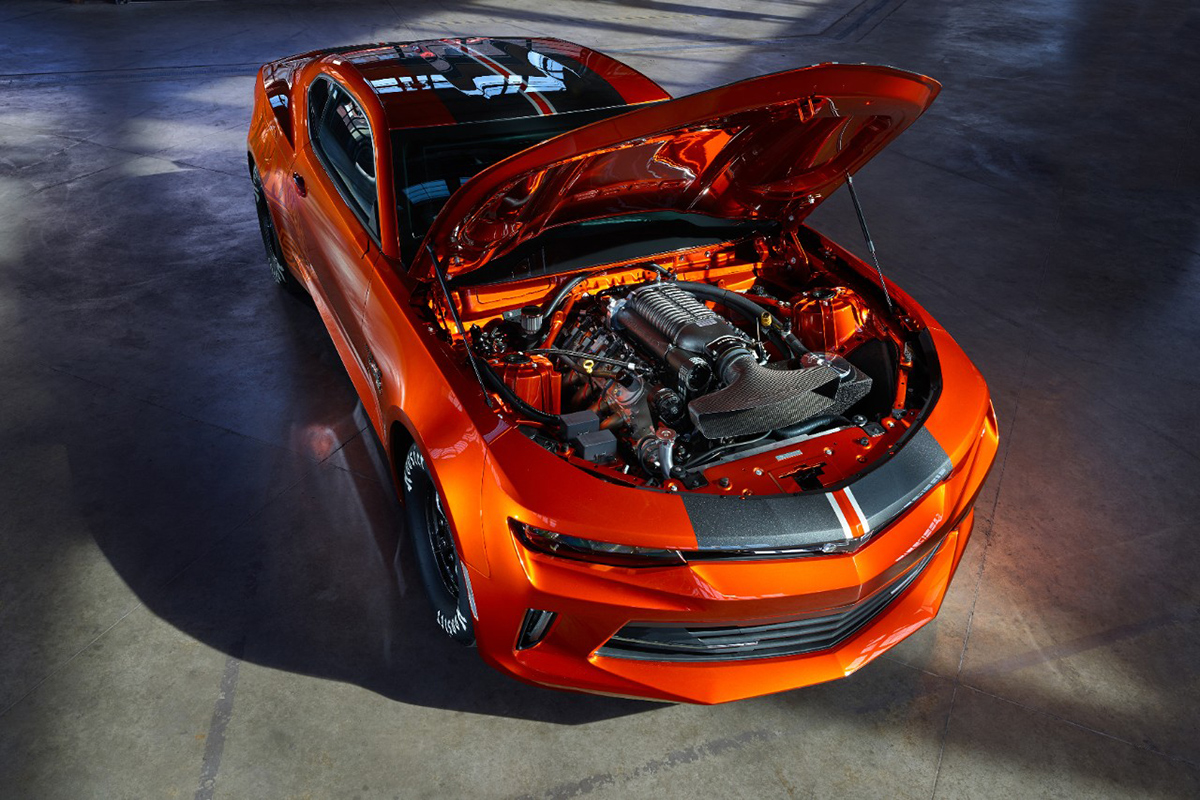 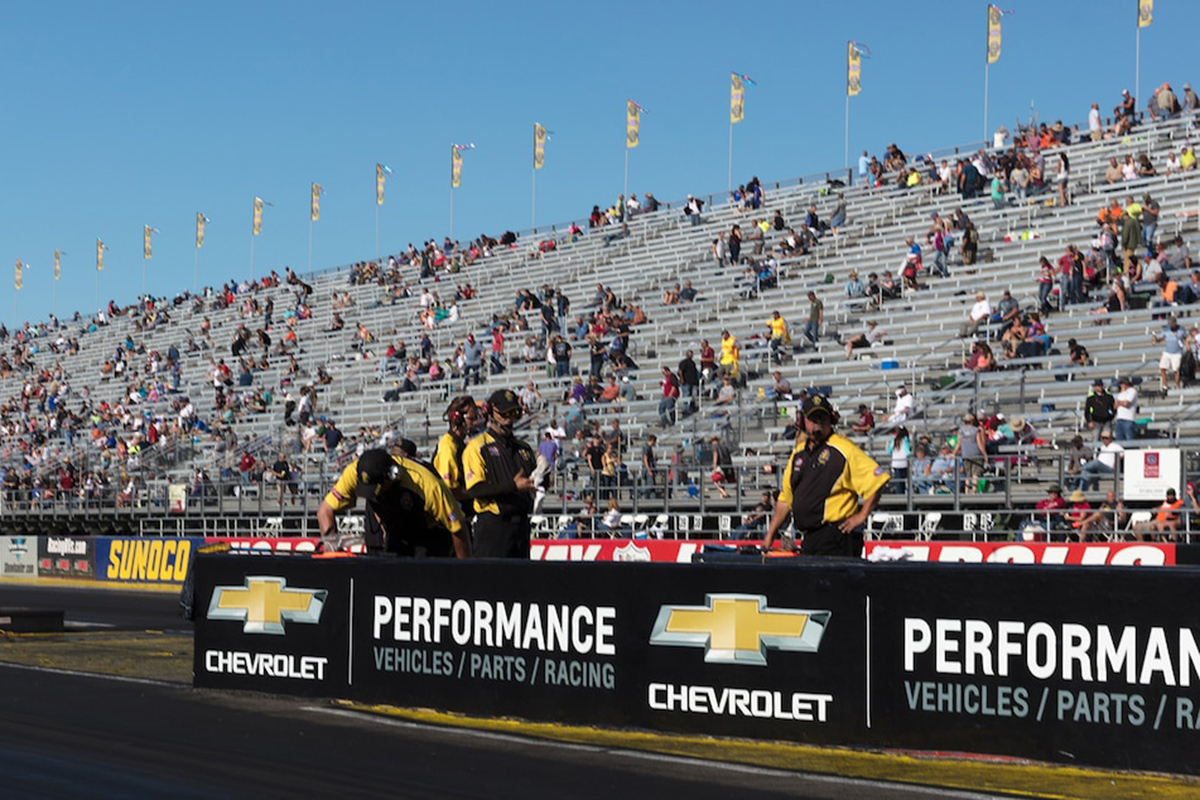 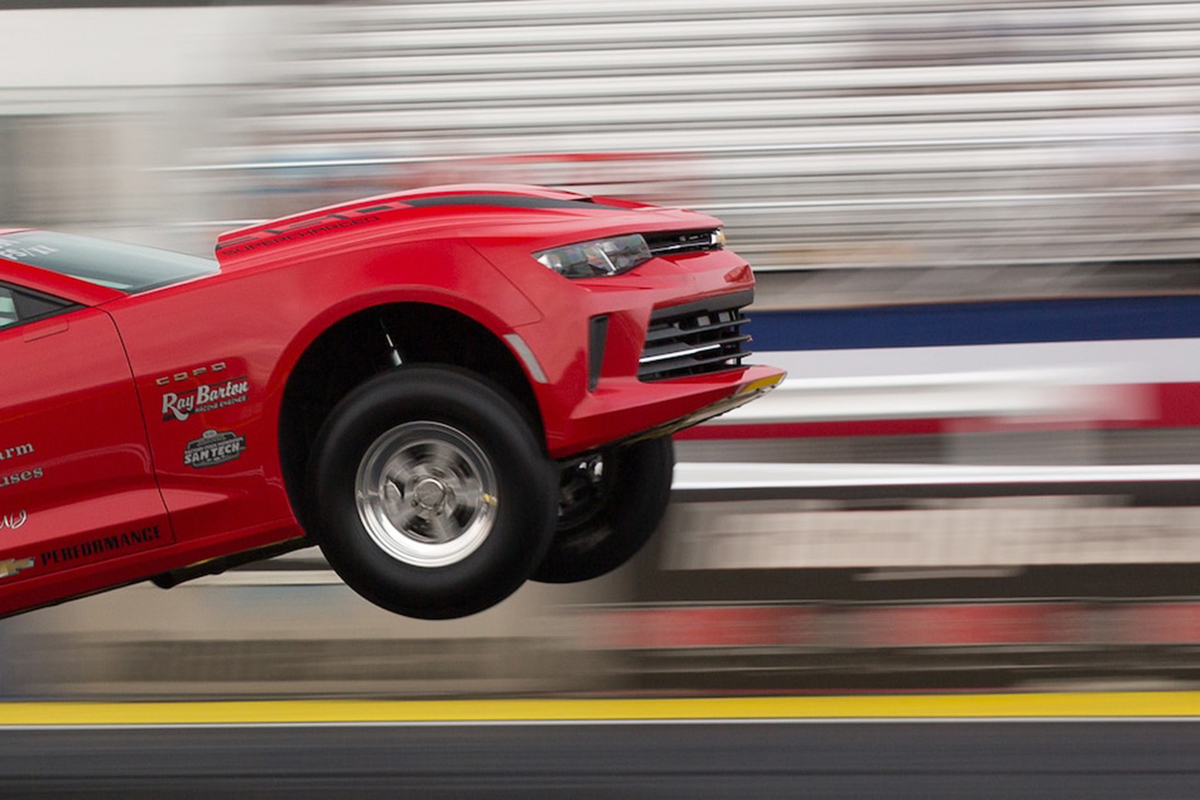 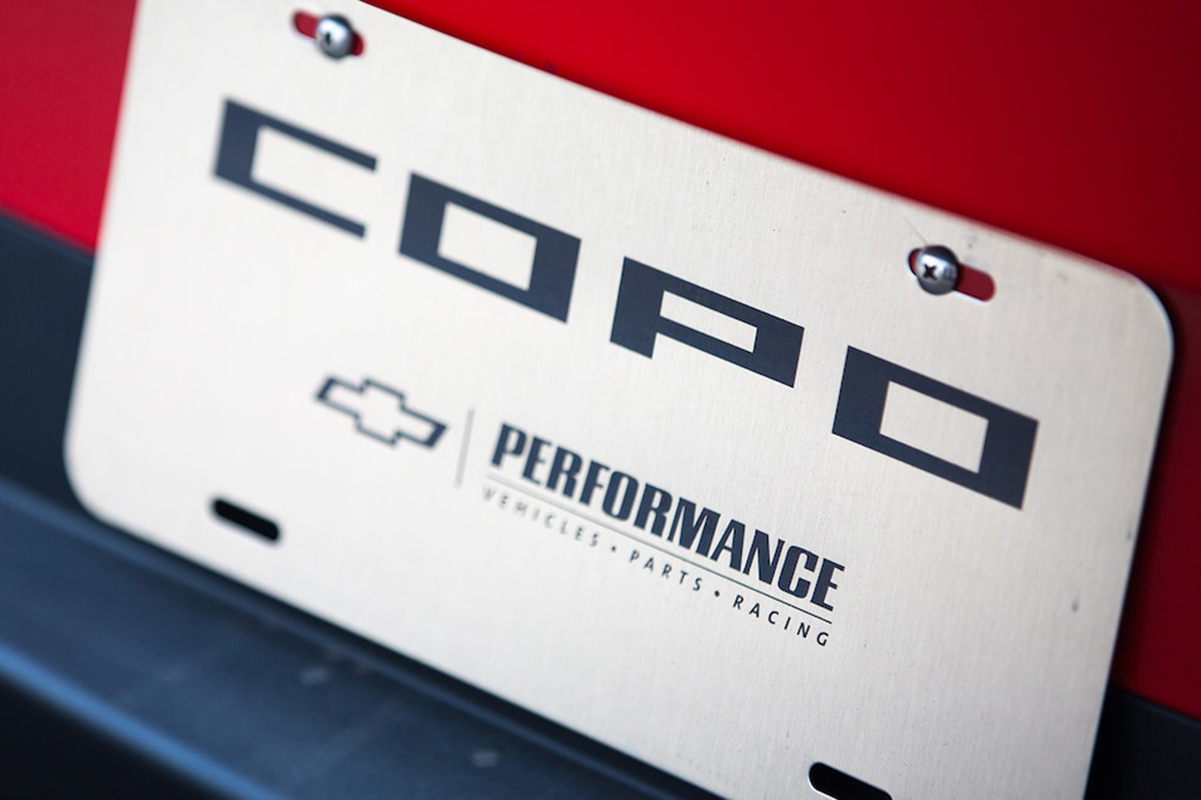 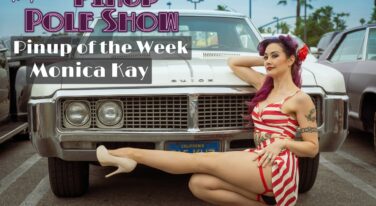 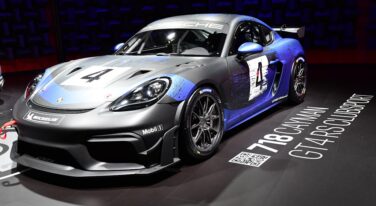 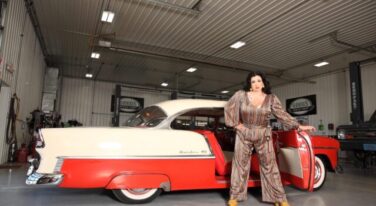 The 2018 Chevrolet COPO Camaro was revealed to the public on October 25th, and eye-candy just doesn’t do the car justice; it was an eye-gasm. Chevy held the reveal at the Hot Wheels headquarters to help the company announce the 2018 Camaro Hot Wheels Anniversary Edition. The announcement was scheduled to coincide with the opening of early registration for a spot in the 2017 COPO lottery.
This year’s COPO Camaro will come in an exclusive Supercrush exterior color. There’s also going to be a cool Hot Wheels appearance package to celebrate 50 years of Hot Wheels Camaros. Buyers will also have the choice of an optional Recaro racing bucket seat.
Last year’s naturally-aspirated 7.0-liter and supercharged 5.7-liter engines will return for 2018. The supercharged monster is enough to launch with wheelies and motor on down the 1320 in the mid-eight second range at almost 160.
However, those lucky enough to be selected to buy one of these factory production NHRA-legal Super Eliminator drag racers will also have a shortened stroke high-revving 5-liter engine. Yes. I said five liters.
Ok. Close your mouth. I said this engine is high-revving. It’s based off the LT1 V8 that’s found in the ’18 SS, and it screams. Among other mods that boost power and allow it to rev higher, Chevy engineers installed a crankshaft with a stroke that’s been significantly reduced. All three engines will have power routed through a three speed automatic.
COPO won’t have an independent rear, either. Nope. It’s got a solid axle again. There’s going to be plenty of high-end high-performance suspension and chassis stuff hiding underneath, though. It’s going to need it at the track speeds it can attain. Oh, and you’ll need to install your own roll cage if it’s going to be anything more than a show car/conversation piece.

Jim Campbell, GM U.S. Vice President of Performance Vehicles and Motorsports, told reporters, “The introduction of a new COPO Camaro is always exciting, and the new engine and the Hot Wheels package expand choices for customers. Chevrolet has supported Camaro drag racers for than 50 years, and the historic COPO Camaro program continues to offer them more ways to win.”
Remember how I said the COPO is NHRA-legal? It is. However, it isn’t quite STREET legal, so don’t go tossing your name into the lottery if you want a driver. Registration for the COPO lottery is open until November 30th. Will you be one of the lucky 69?
Back to Post
About Mike Aguilar 388 Articles
Mike's love of cars began in the early 1970's when his father started taking him to his Chevron service station. He's done pretty much everything in the automotive aftermarket from gas station island attendant, parts counter, mechanic, and new and used sales. Mike also has experience in the amateur ranks of many of racing's sanctioning bodies.